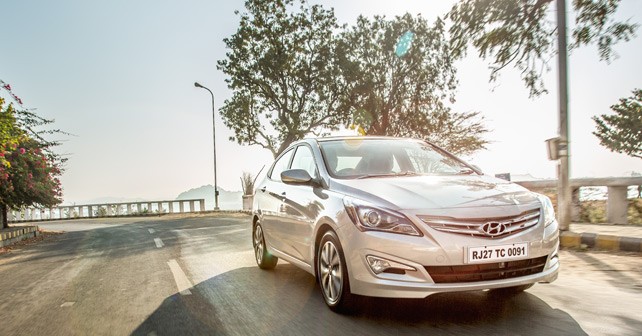 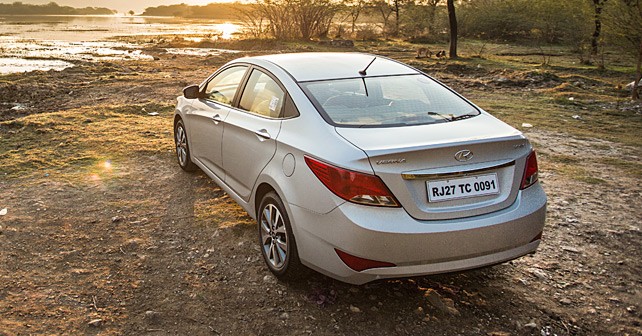 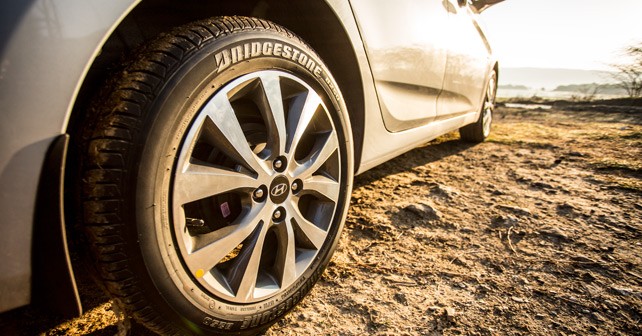 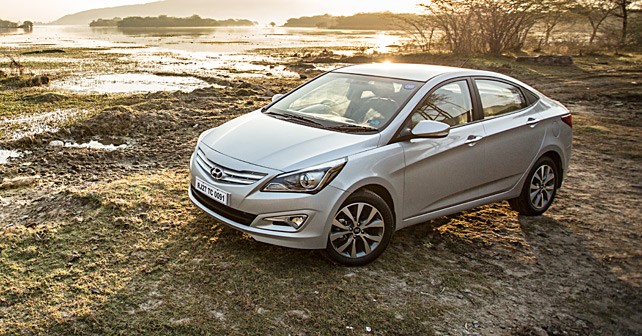 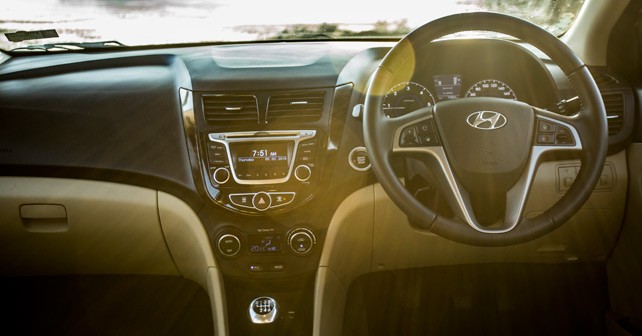 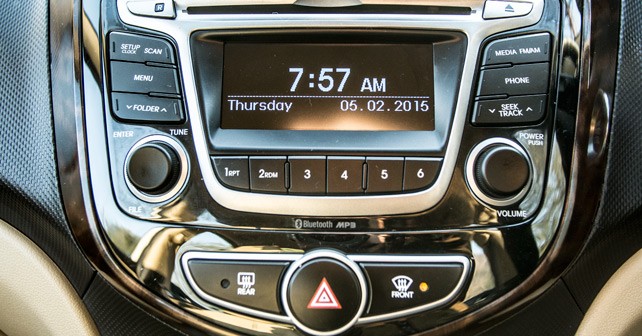 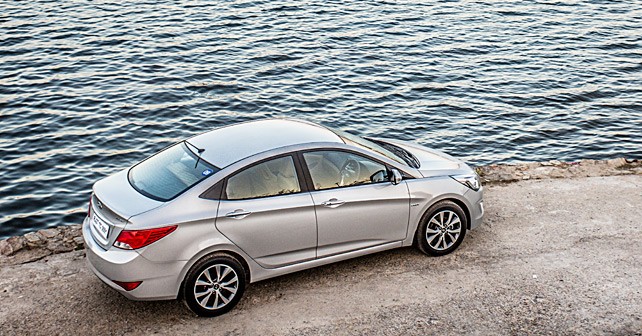 Intense competition has forced Hyundai to put the Verna under the knife. But is it enough?

Ever since Hyundai launched the Fluidic Verna in 2011, it changed the mid-range sedan market with its radical exteriors, an array of comfort and safety features the likes of which had never been seen in this segment, and its powerful engines – especially the 1.6 litre diesel. It ruled this segment for three years, before the competition caught up as the Hyundai Verna started to age. To match up to the Honda City last year, it did receive a minor upgrade with an LED strip in the headlamp cluster and a mildly tweaked suspension. And now with the Maruti-Suzuki Ciaz looking for a foothold in this segment, Hyundai was forced to give the Hyundai Verna another much-needed facelift. We headed to Udaipur to find out if the latest upgrade will help Hyundai regain its lost turf.

I was quite intrigued to see what new garnishing Hyundai has added to this attractive fluidic sedan. The first change that strikes you instantly is the all-new chrome radiator grille. Now, Hyundai likes to refer to this as its ‘Wing Shape,’ but if you turn the clock back to the last generation Toyota Altis you’ll clearly see the resemblance. Don’t get me wrong, the new nose does make the Hyundai Verna look striking – but since we’ve grown used to Hyundai thinking outside the box when it comes to design, it was a bit underwhelming to see a reworked Altis grille. 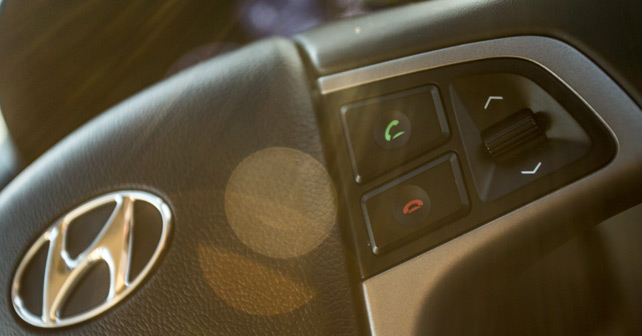 The Hyundai Verna comes with a lot of zest though, as the new elongated headlamps resemble a broad khukri. The artistic boomerang-shaped fog lamps are beautifully sculpted and add panache to the sedan. It’s evident that the designers have worked overtime to ensure that the car looks muscular, with sculpted creases on the bonnet.

The Hyundai Verna’s profile has always been compelling and energetic, thanks to the flowing ridges and lines running across the doors. And so it remains unchanged, except for the new chrome door handles. The 16-inch diamond-cut alloys, meanwhile, continue to give the car an air of elegance. At the rear, the sedan now gets a new tail lamp cluster and the chrome strip above the number plate is now broader and more prominent. Gone, though, is the chrome tipped exhaust – which looked quite purposeful. Another interesting element at the rear are the reflectors on the bumpers that have now been designed to mirror the boomerang fog lamps from the front. 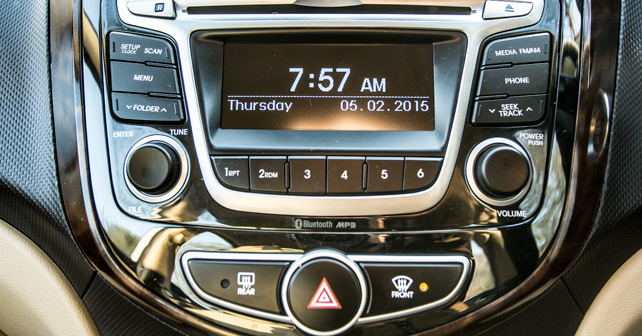 The Hyundai Verna’s cabin has always been loaded with features – as a result of which it doesn’t feature too many changes in its latest avatar. The three new additions are rain-sensing wipers, auto mode for the headlamps, and an ‘Ergo’ lever. The lever, which was first introduced in the Skoda Rapid and later in the Volkswagen Vento, allows the rear passenger to adjust the front seat from the rear bench in order to provide greater legroom. This is no doubt a very handy device, but the lever is placed on the right shoulder of the seat in a slightly awkward fashion. In the Rapid and the Vento, the lever merges beautifully with the seat, but in the Hyundai Verna it sticks out like a sore thumb.

Hyundai continues to have an impressive entertainment system, thanks to its six speakers. It comes with all the bells and whistles, like Bluetooth connectivity, USB and auxiliary ports, etc., but the most significant upgrade is the addition of 1GB of inbuilt memory space. Honestly, though, the cabin is starting to look its age. The display is small and the blue lighting isn’t doing it any favours. Another place where we felt Hyundai missed out is by neglecting to add rear AC vents – which are present in both the Grand i10 and the Xcent. 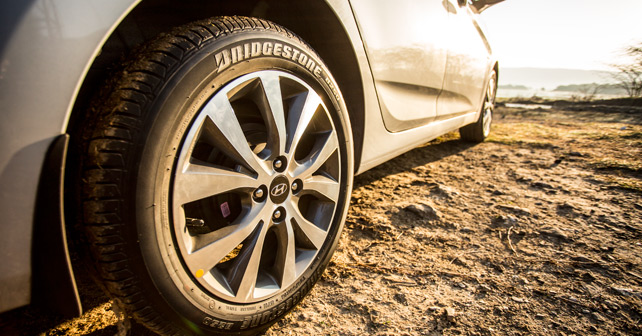 What has always been impressive, however, are the varied powertrain options that have been available. Fortunately, Hyundai has retained all four engines – the 1.4 and 1.6 litre in both petrol as well as diesel. We drove their major breadwinner, the 1.6 litre diesel engine. Fire up the engine with the Start-Stop button, and the hum of the powerplant is quickly insulated by the cabin. Both NVH and refinement levels are impressive. Hyundai has always made powerful diesel CRDi engines, and this motor is as responsive as it comes. With 126bhp under the hood, this is the most powerful engine in its segment. Its initial punch remains impressive and makes it a breeze to drive in the city. The six-gear transmission compliments the powerplant, as it’s slick and slots in easily. There are still times when you may find yourself off-boost, but on the whole the engine has impressive mid-range while absolute power remains unmatched.

The Hyundai Verna has always behaved well within the city limits, but it tended to get quite unsteady at high speed – especially at the rear. Hyundai addressed this issue slightly last year, but they seem to have finally hit the nail of the head. The car no longer wallows at the rear, and it feels as buttoned down as its latest range of machines. Body roll is still quite evident though, while the steering is as vague as ever. The Hyundai Verna is still most comfortable in the city, but it’s no longer uneasy on the highway. 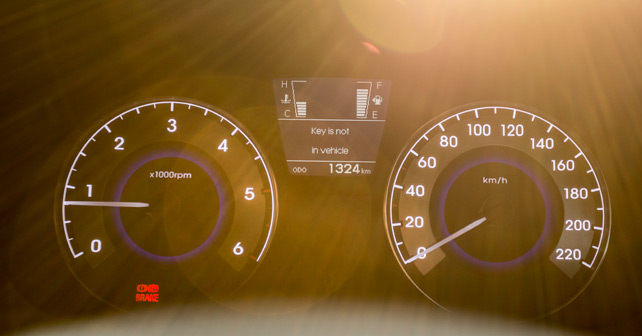 The Hyundai Verna remains an attractive package on the whole. The new radiator grille makes the Fluidic design look mature, yet sporty. Even though it has virtually every feature you can think of, Hyundai has brought back the six airbags option – which they had mysteriously done away with last year. Also, ABS comes standard in all variants.

When it comes to aesthetics and performance, the Hyundai Verna is still very much up there with the competition – but the cabin is beginning to let it down. The rear seats aren’t the most comfortable either. Nevertheless, this facelift will definitely attract buyers and inject fresh life into what has always been a formidable player in this segment. The only difference is that the Verna is being challenged like never before. It has the answers for now, but really needs an all-new model to surge back to the top. 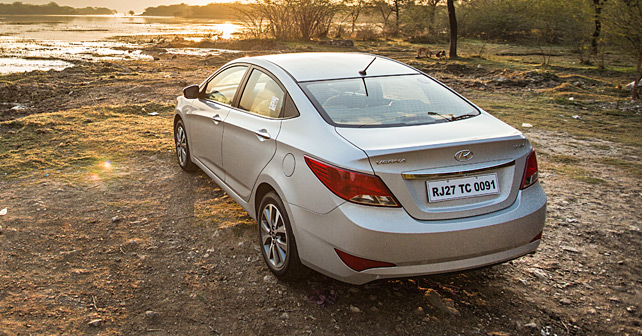