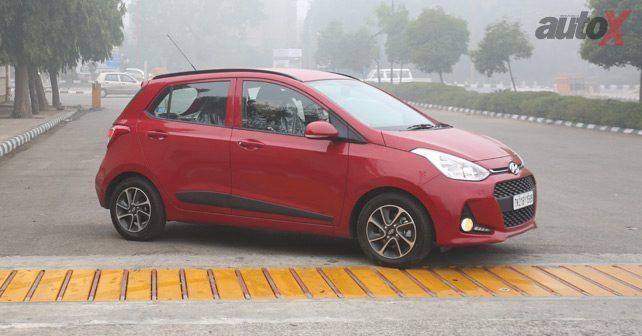 The Korean manufacturer has just launched a newer version of their popular hatchback – the Grand i10. It’s got a lot of new features, a new design, and some other upgrades that might interest you.

Hyundai have just given the Grand i10 a facelift. While there are some new design changes, the biggest and most significant are the features available, and the new diesel engine. But for now, we managed to get our hands on the petrol model with the automatic transmission. This model still comes with the same 1.2-litre petrol engine with the same specifications and is mated to the same 4-speed automatic transmission.

On the design front, the new Grand i10 gets a new front bumper that looks a bit sporty, thanks to the front air curtains, and because we had the Sportz variant it also came with the optional DRLs that are now positioned next to the fog lamps. The DRLs are also available as stock on the Asta variant. Other changes include a cascade design grille, new dual tone rear bumper with reflectors and some nice diamond cut alloy wheels. The changes are easy to point out and they do make the car look a little nicer than the previous version. 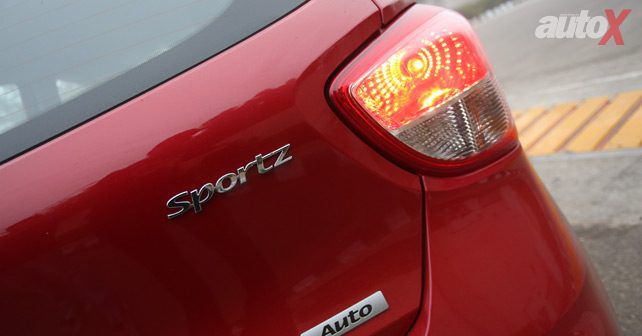 The biggest changes, however, are the new list of features available in the car. You can now get a 7-inch infotainment system in the Grand i10 – and in keeping with the trend of being connected, here is also Apple CarPlay, Android Auto, and Mirror Link. There is also a Rear Parking Camera that displays on the screen when you are reversing. Then there’s Climate Control, which will allow you to be in total control of the air conditioning in the cabin. These are all great features that are hard to find in other models in the same segment.  There are also new safety features including driver side airbags as part of standard equipment, while the Sportz and Asta variant will be equipped with dual front airbags.

Now, coming to the engine, it’s the same 1.2-litre petrol engine with a power output of 81.86bhp and 113.7Nm of torque, and it’s mated to the same 4-speed automatic transmission. The engine is very well refined and we have liked the way it has performed in the previous models as well. The gearbox also does a very good job, and we have always thought that this transmission works well when driving in urban areas. Gear changes aren’t immediate, but they come just in time. Hyundai also claims the powertrain is now more fuel efficient than before. 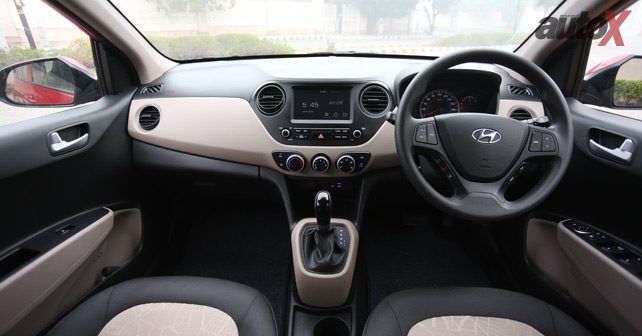 The overall ride quality of the car is still very good and the driving dynamics like the steering, suspension, and brakes all work very well together to offer a very comfortable driving experience. Even when on the highway, the car performs well and is calm and composed at high speeds. Overall, the Grand i10 offers a brilliant ride and is very comfortable to manage in crowded cities, and now that it comes with the added features, it will be even better.

The new diesel model of the Grand i10 does get a new engine with a better power output, so, if you feel that the petrol doesn’t have the right amount of power for you, then you may want to consider the diesel variant. The petrol version of the Grand i10, however, is still a great car and is perhaps one of the best in its segment when it comes to quality, comfort and features.

Array
[tab title="Hyundai Grand i10 AT"]

X-Factor: The best quality components and best features you will find in its segment.