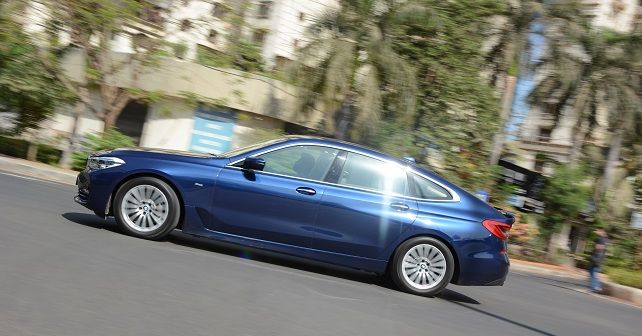 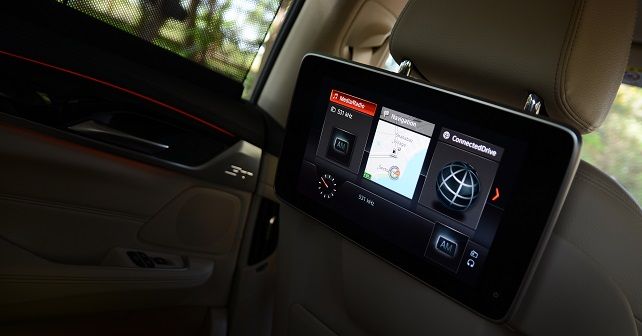 The 6GT is a BMW that puts comfort and space first, and driving dynamics second. But does it work?

In India, BMW only offers the long wheelbase version of the 7 Series, and because of that there’s a huge price difference between the 5 and the 7. Many customers who are looking for something within that price gap don’t have much to choose from and that’s where the 6GT comes in.

We’ve already driven the 6GT 640i in Portugal at the global press drive, but now we got to drive the 630i here in India where a lot of different variables affect the way the car performs. Right off the bat, I have to say that the 6GT has been developed to keep passenger comfort in mind, and BMW have admitted this themselves.

The 6GT is a lot more elegant and seductive in its design, compared with the bloated and disproportionate 5GT. The 6GT also has a much longer wheelbase and therefore special attention has been placed on cabin space. 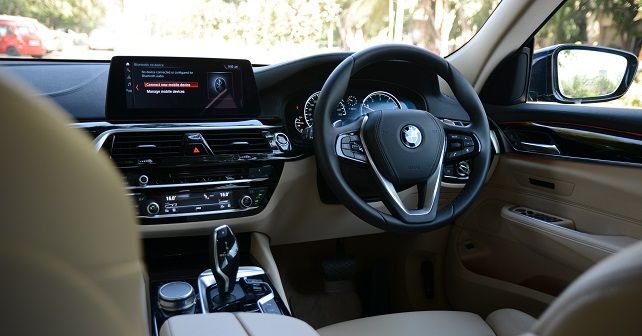 When you enter the vehicle, you’re immediately greeted by an airy and open cabin. There’s plenty of space for front passengers, but the luxury feel is accentuated when you sit in the rear seat. There’s plenty of leg and head room. Where the 5 Series is a bit cramped and confined, the 6GT feels like an open-air arena – and quite literally too when you open the panoramic sunroof. The seats are also comfortable, and there are two well placed and decent sized infotainment screens for the rear passengers.

The dash is typical BMW, and virtually identical to the 5 Series. The overall quality sets a luxurious tone thanks to the use of a faux-leather dash and a combination of dark wood and brushed aluminium. The latest iDrive system is also featured with a nice touchscreen and gesture control, and it’s the first BMW in India to get Apple CarPlay – sorry Android users!

Not exactly a driver’s car

The only variant that’s available in India is the 630i, which is fitted with BMW’s 2.0-litre, four-cylinder petrol engine producing 258hp and 400Nm of torque. The engine certainly feels super smooth, which is expected from a BMW. And while this motor is very punchy in the 330i, here the added weight means that it’s not the most thrilling. The car picks up speed very well – it has a claimed 0-100km/h time of 6.7seconds, which is quite respectable – however, in real world driving conditions the throttle response seems a little slow, and it doesn’t matter whether you’re in Sport or Comfort mode. Driving inputs might be a bit quicker in Sport, but there’s still a slight lag between when you put your foot down and when the engine finally sends power to the rear wheels. What is impressive though is the 8-speed automatic, which offers a brilliant mix of comfort and speed. It shifts effortlessly in the background without you ever noticing. In fact, I rarely opted to use the paddle shifters.

On the whole, it’s a refined and luxurious drive – and especially on the highway its remarkably sophisticated and well-planted on the road. Depending on the drive mode you find yourself in, the car performs with a different character – but it doesn’t have an overtly sporty nature like BMWs of old. Don’t get me wrong, it’s not a boring car to drive, but it’s definitely not a driver’s car – as more emphasis has been put on comfort and space.

The 6GT does come with a great equipment list, as well as some added goodies over the 5 Series that are mainly specific to the rear passenger. The 6GT gets adaptive LED headlamps, a digital instrument cluster, a panoramic sunroof, four-zone auto climate control, electric rear window blinds, rear entertainment screens and a reclining rear backrest. However, BMW has left out the 360-degree cameras, wireless charging bay for your phone and hands-free parking assist. And, while BMW’s fancy ‘display key’ fob with a touchscreen is also offered, the high-tech remote parking facility is not. 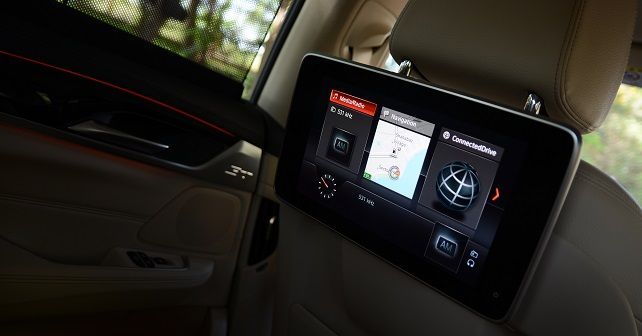 The Mercedes E Class is the main rival to the 6GT. When it comes to cabin space, build quality, and features, the E Class outmatches the 6GT I’m afraid. On the other hand, while the petrol variant of the E Class is slightly cheaper, it doesn’t match up to the power figures of the 630i. What it does provide, however, is better rear seat recline, more legroom and boot space that’s 100 litres more than the 6GT.

The BMW 6GT is a hard car to love. Even though there’s nothing fundamentally wrong with the car, it just didn’t really inspire me. It’s not just that its driving experience is slightly unengaging. The car doesn’t really stand out in terms of its overall design. It still is a very versatile car though, and I do think that true BMW fans looking for something in this segment would opt for it because they love the brand. But, if you’re an unbiased buyer looking for an easy driving car that offers you plenty of luxurious comfort and space, you might want to look into getting a loan to buy the larger and more expensive 7 Series – or you could skip that trip to the bank and just go for the E Class.

X-factor: A BMW that’s built around the needs of its rear-seat passengers.