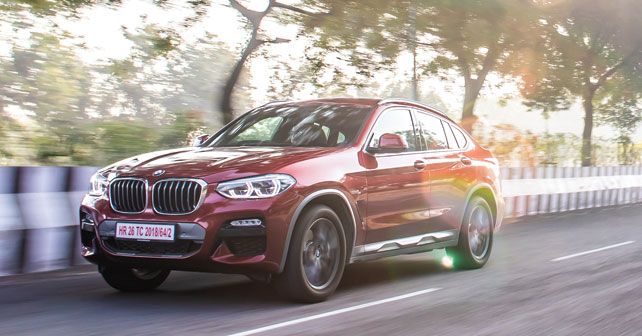 The design of the X4 is an interesting amalgamation of an SUV and a coupé. But, apart from the striking design, does the X4 offer substantial changes over to its more ‘regular’ sibling? We drive the brand-new one to find out.

Style, or rather a sense of what’s stylish, can be an intensely personal thing. And, more often than not, one’s idea of style has its origin in a desire to stand out, to be perceived as different from the rest. Now, with the advent of social media, that desire to stand out is perhaps becoming so intense that soon standing out in a blingy Ed Hardy t-shirt in a world full of sober Ralph Lauren polos will be the new normal.

This obsession with this idea of being different has seeped into virtually all aspects of our lives – whether it’s our choice of clothing, holiday destinations or phones. But, perhaps, it’s gone to its extreme in our choice of automobiles. So, even with SUVs seeing an exponential surge in their popularity in the past two decades, it’s no longer good enough to drive just any SUV – what you actually need is an SUV that stands out from the crowd. And the more outlandish it looks, the better it is!

To give credit where it’s due, BMW’s designers saw this trend coming before anyone else in the automotive world. One could always argue that it was actually the Lamborghini LM002 that set the trend, but in truth that was way ahead of its time. So, what did BMW do? It tapped into this market with the first generation X6, which was launched in 2008. Despite its oddball looks, the X6 was a runaway success in global markets and was quite popular in India too. As a result, it managed to create a sub-segment in the larger SUV space – the Coupé-SUV, or, as BMW likes to call it, the Sports Activity Coupé.

What this means is that the latest production car to follow this design ethos is the X4, which features much more imposing styling. This is evident in its aggressive front-end design, complete with its oversized kidney grille and large air dams in the front bumper. A strong shoulder line dominates the profile, but that’s before you look at the sharply sloping roofline, which gives the X4 its distinctive character and is akin to the silhouette of an actual coupé.

The raised, and stubby, rear end – perhaps, the most unmistakable part of the X4’s design – features large swooping taillights, which look quite good. Viewed from the rear – or from the side, for that matter – you can’t possibly mistake the X4 for anything else on the road. However, its steroid-injected look mean that it has to make certain compromises in terms of its overall proportions. The first to be hit are the 19-inch alloy wheels, which, despite their large size, look quite puny against this otherwise butch design. In fact, for a more balanced look, the X4 needs at least 20 or 21-inch alloys, which, for our broken roads, are simply too large a size. 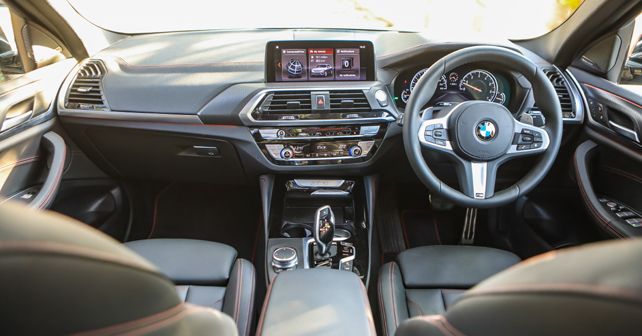 Black is back
What I absolutely love about the X4 is its cabin. This is mostly because, unlike virtually every other car sold in India, it has an all-black interior, which looks simply fantastic. And the contrasting red stitching only adds to its appeal. The general fit-and-finish of the X4 is very good too, and some of the buttons have a real metallic feel to them – which is always good.

Special mention must also go to two other aspects of the interior – the sports seats and the iDrive multimedia system. First things first, the sports seats on the X4 are extremely supportive, and the adjustable side bolsters holds you in place like an M3’s seat would, which simply means that it offers everything you could ask for while on the move. Now, I must say that after almost two decades of constant tinkering and refinement, BMW’s iDrive multimedia system is by far the finest multimedia interface amongst all the luxury brands. The intuitiveness of the menus, the simplicity of using the rotary controller and the addition of gesture control make it an absolute delight to use. After all, to raise or lower the stereo volume, for instance, all you have to do is twirl your finger in front of the centre screen in a clockwise or anti-clockwise direction. 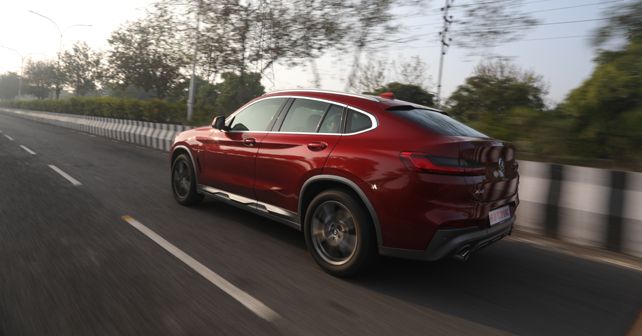 Seamless performance
The appeal of the X4 continues while on the move too. Our test car was the xDrive 30i in M-Sport X trim. It’s powered by the turbocharged 2.0-litre, four-cylinder petrol engine producing 248bhp and 350Nm of torque. Now, that may not sound like much, but such is the immediate response of this engine that it’s almost impossible to tell whether its turbocharged or not. Pair that with what I think is the finest regular - production gearbox in the world – the ZF eight-speed automatic – and you have a drivetrain that’s simply sublime.

The sprint to 100km/h takes just 6.3 seconds, which means that the X4 is no slouch either. However, it’s the immediate throttle response and the almost perfect gearshifts that make it an absolute hoot to drive fast. But, when pushing the car, a couple of its shortcomings become quite evident. Firstly, I’m not a big fan of the steering feel, or lack thereof. The steering is unnecessarily heavy and only becomes more so in Sport. And while its response is direct, it never really tells you what’s happening between the road and the tyres. Secondly, the ride of the X4 – which is suitably sporty and planted on smooth roads, given its positioning – is simply back-breaking on our broken roads. With my bad back, I, for one, wouldn’t survive too long driving a car like the X4 on our roads.

Thirdly, the aggressive design does lead to its fair share of compromises in the cabin. Firstly, with its sloping roofline, headroom for tall people in the rear seat is rather limited. Then there’s the massive transmission tunnel that intrudes into the floor between the two rear seats, which means that the X4 is a four-seater at best. And, lastly, the roofline limits luggage space as well. 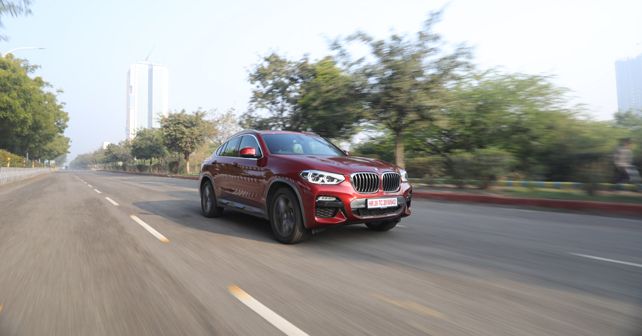 Narcissism 101
All told, there’s only one reason that I can think of which would make someone choose the X4 over its more sensible sibling, the X3. And that’s its unique design and positioning. To be honest, in my opinion, the X4’s raison d’etre lies in its unique design and the fashion statement that it makes. From a practical perspective, the X4 is quite compromised – it offers an uncomfortable ride and demands a significant premium over the X3. And that’s perhaps the main deciding factor between a style-statement like the X4 and a sensible everyday SUV like the X3. So, if you’re looking to turn heads, the X4 is the SUV for you, but for virtually every other purpose I’d choose the X3 any day of the week and save myself a decent amount of money too. 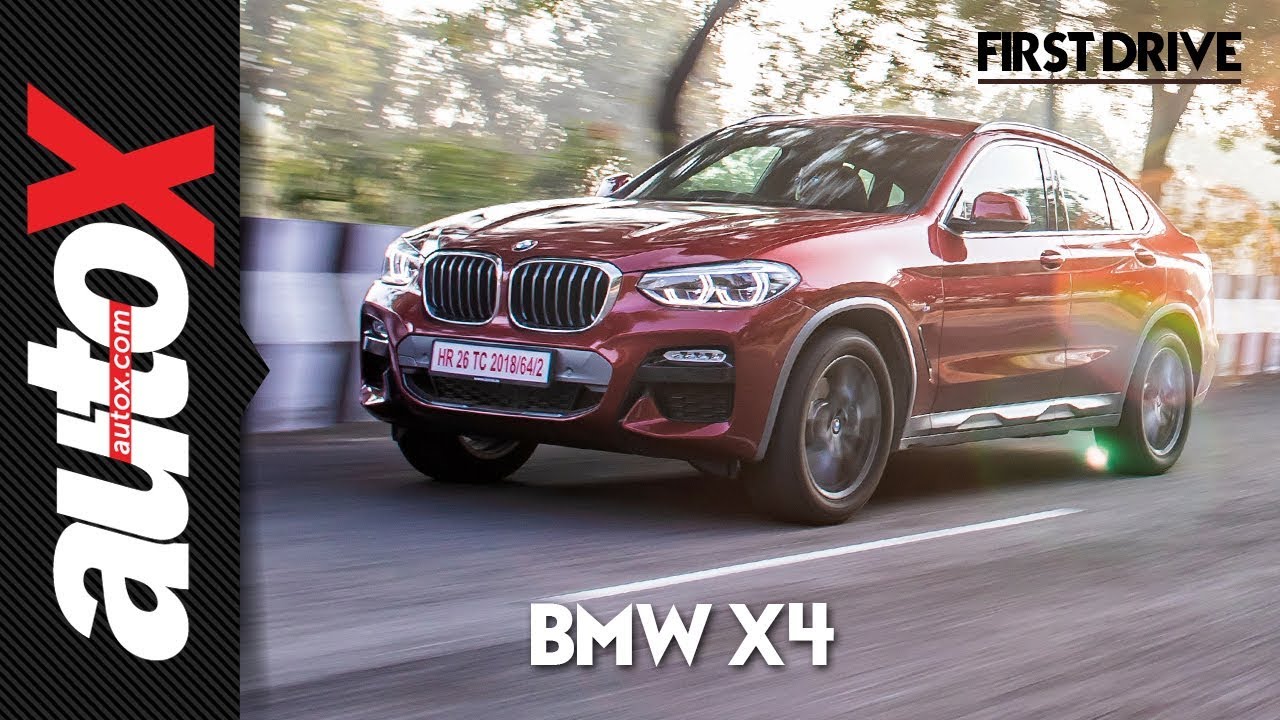 X-Factor: If you’re looking for an SUV to make a statement, then the BMW X4 is perfect for you. 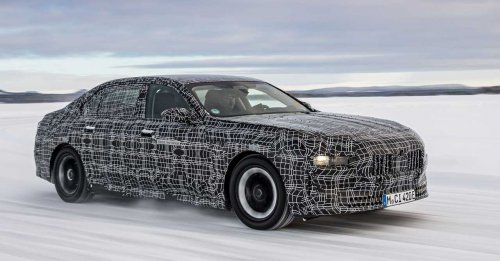 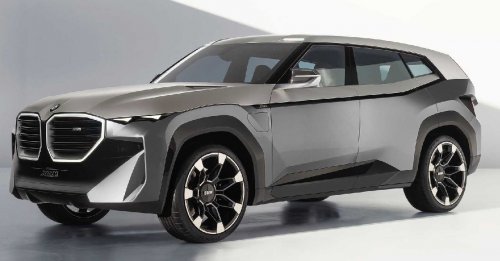 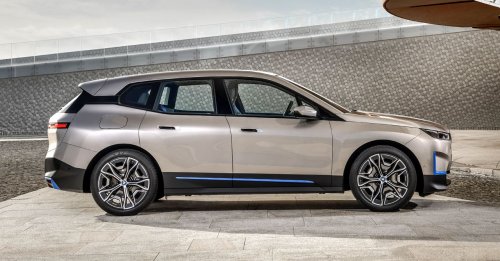