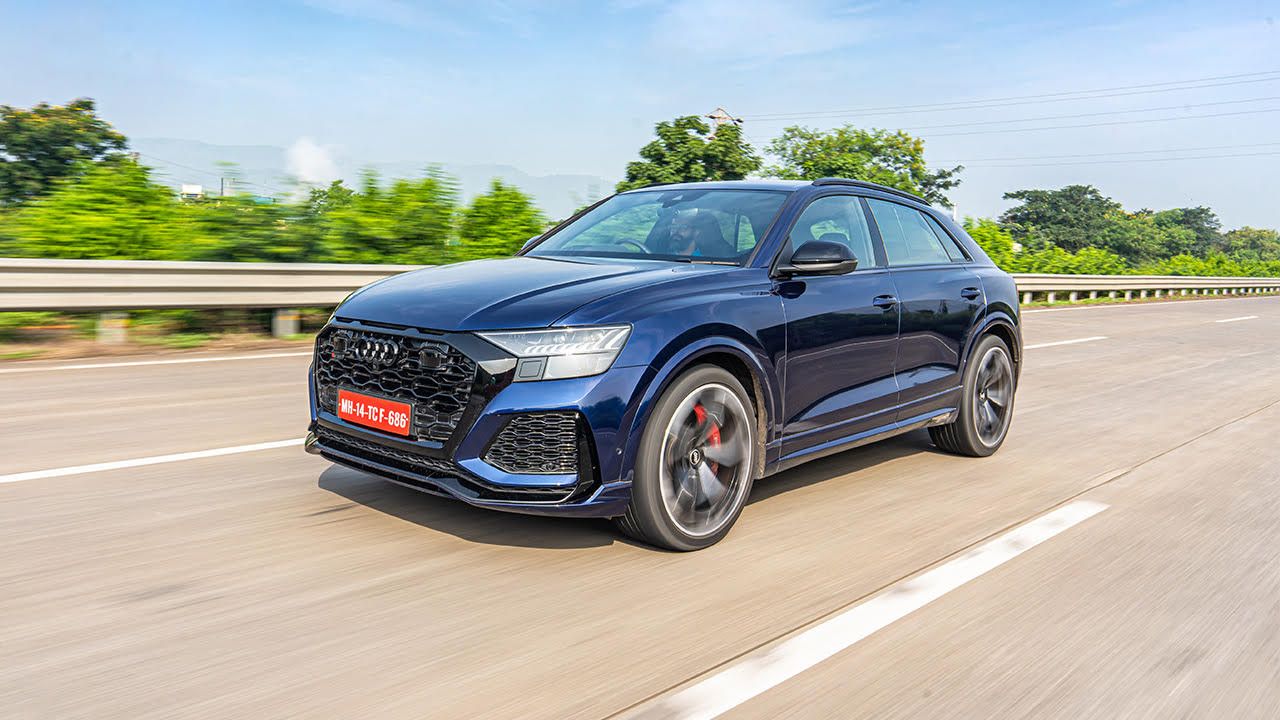 The Audi RS Q8 holds the record of being the fastest SUV around the legendary Nurburgring circuit in Germany, but how does it feel to drive on the road?

Those who have read the Lord of the Rings and are die-hard fans of the trilogy know that it’s more than just a work of fiction. It explores ideas that are relevant and hold true even in real life. But there is one line in this fictional masterpiece that doesn’t quite hold true in the automotive world or, more specifically, in the case of the new Audi RS Q8. Allow me to quote Gandalf the Grey, ‘There is only one Lord of the Ring, only one who can bend it to his will. And he does not share power.’ You see, the new RS Q8 is the undefeated king of the (Nurburg)ring, but it does share its powertrain with the Lamborghini Urus. And given that it’s also based on the same underpinnings as its Italian cousin, some might even call it a Lambo in Audi clothing. But our day-long drive tells us that it’s more than just that

The idea of using a coupe-roofline with an SUV body has been controversial right from the time of its inception. And I must say that I have never endorsed the idea of this body style. However, I still think that of all the SUV-based coupes on sale today, the Audi Q8 looks the most natural. And the RS Q8, then, is the standard Q8 put on a strict fitness regimen. Larger intakes, black elements all around, and the oblong exhaust tips add a sense of purpose and sportiness to its overall design. 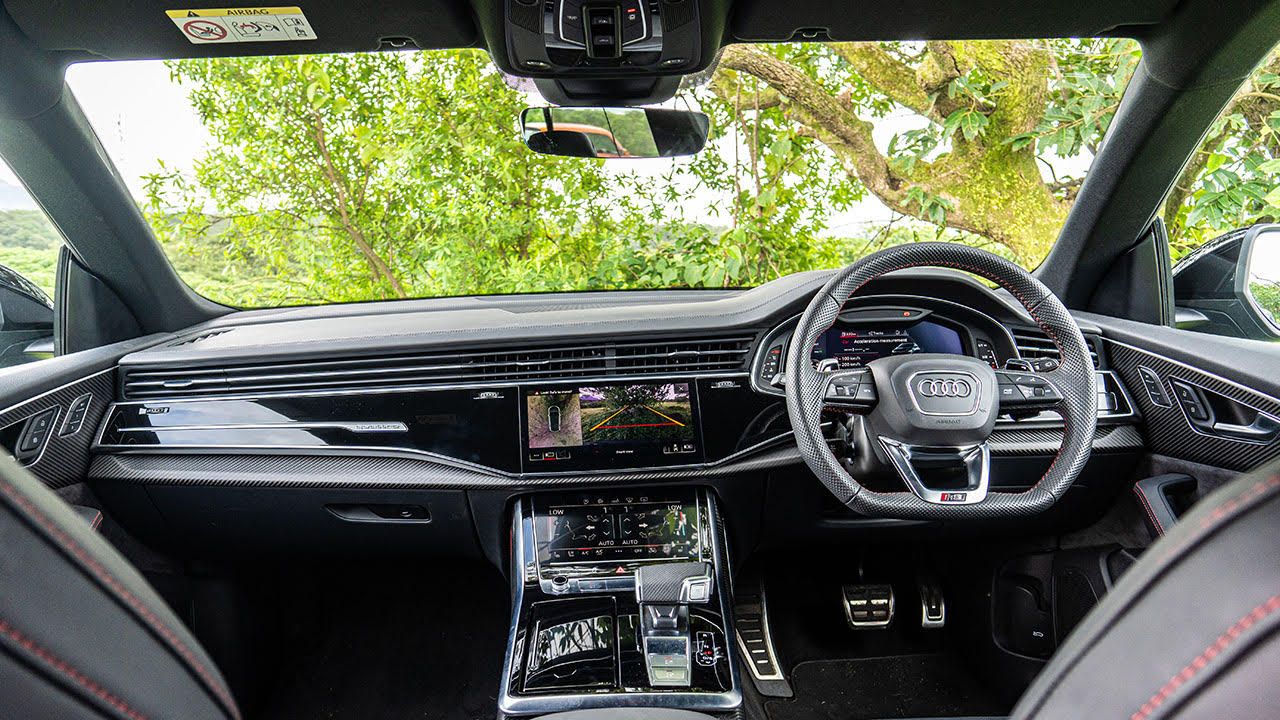 The interior of the RS Q8 is largely identical to that of its namesake. From the overall design and gloss black applique on the dash to the interior space, everything is more or less similar to that of the Q8. But still, there are differences, mainly, because of RS touches all around and materials used in the cabin. The steering wheel gets a flat-bottom and is draped in perforated leather. Behind the wheel, the RS Q8, too, has a virtual cockpit, but in this car, it’s visually sportier. Our test car also had the optional heads-up display. 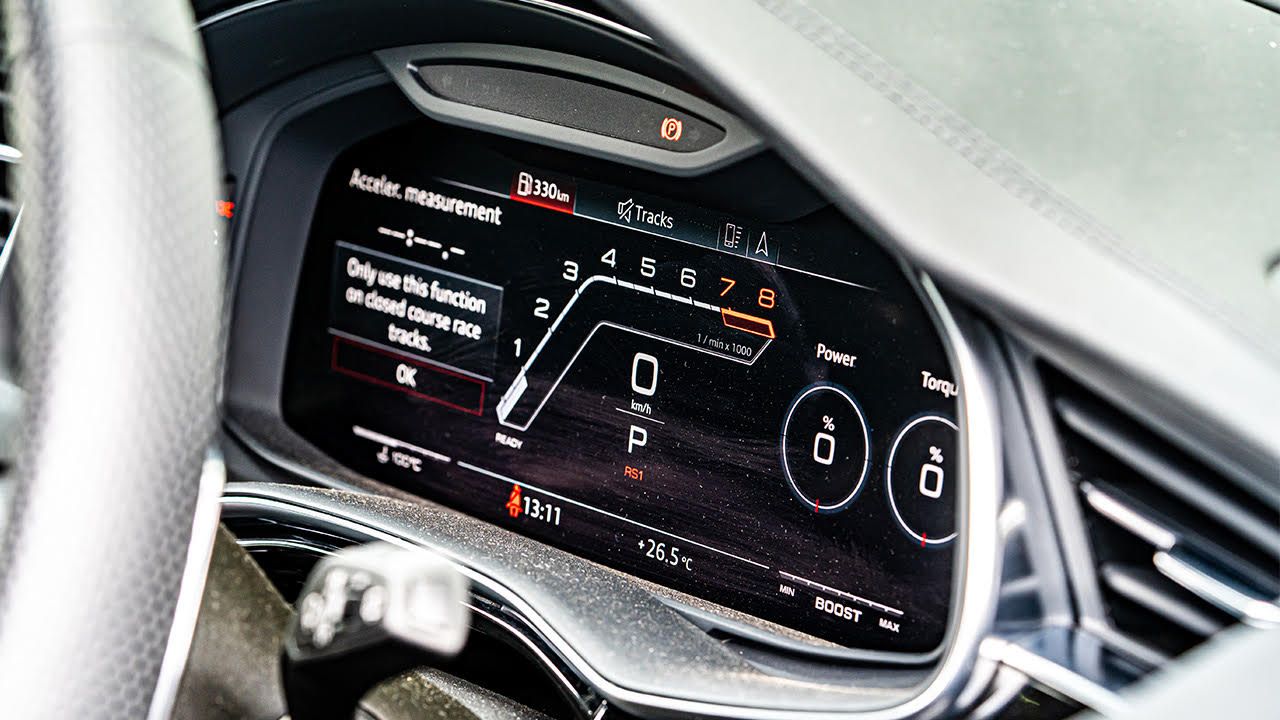 Taking centre stage is the same dual-touchscreen layout, with an infotainment screen at the top and another one at the bottom to control the air-con and other vehicle settings. While I am all in favour of using modern tech in cars, digital controls for the air-con seems counter-intuitive, as it requires you to move your eyes away from the road.

Unlike the regular Q8, the RS trim gets sports seats, with quilted leather upholstery. Aside from the regular electric seat adjustments, the side bolstering can also be adjusted for better comfort. Speaking of which, our test car also had the ventilated and massage seat options. Other optional features include a panoramic sunroof, Matrix LED Headlamps, and more. 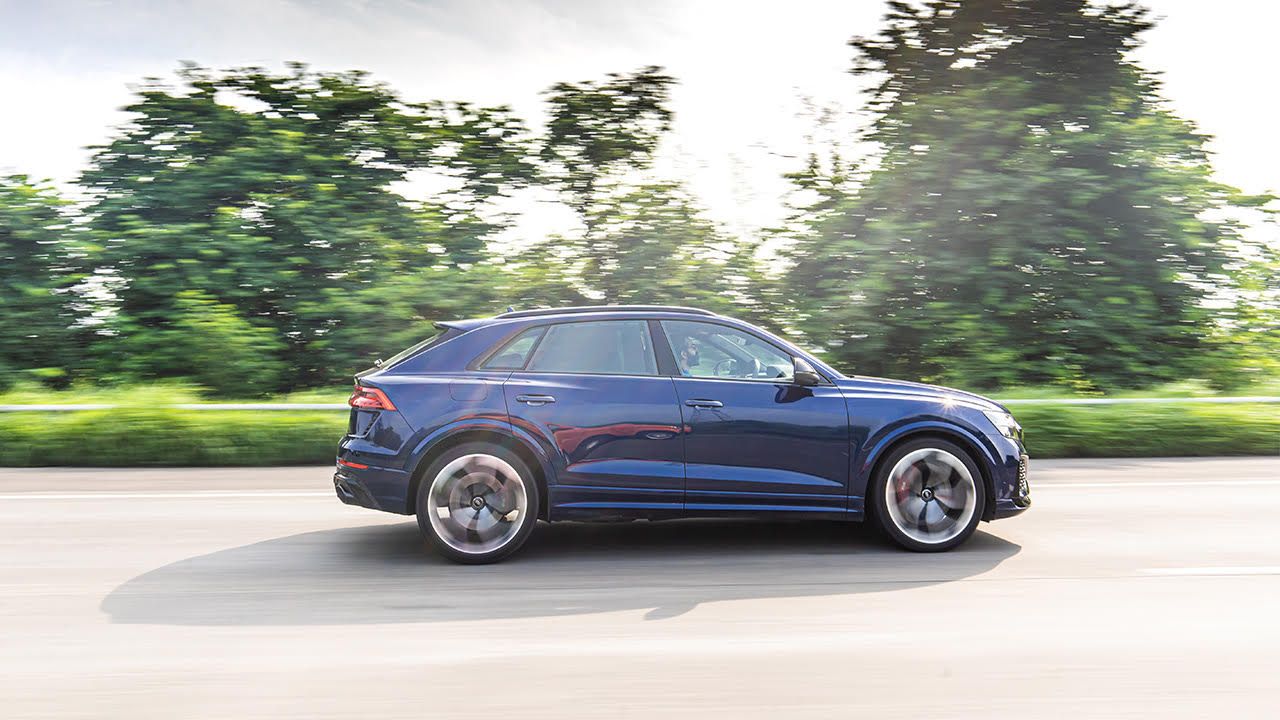 The 4.0-litre twin-turbo heart of the RS Q8 is really the party piece. With nearly 592 horses and an insane 800Nm, it makes more than 250bhp and 300Nm than the standard Q8. Nought to 100km/h is dismissed in just 3.8 seconds – just two-tenth of a second slower than the Urus, which makes roughly 50bhp and 50Nm more than the Audi. Its performance, as you’d expect, is utterly thrilling and acceleration is simply insane – something that you realise the moment you push your right foot deep. It’s just mind-boggling. The RS Q8 blurs the landscape faster than your mind can process it. The engine is so potent that it makes this over 5-metre and 2.4-tonne car feel like a hot hatch, rendering its size and weight absolutely inconsequential. 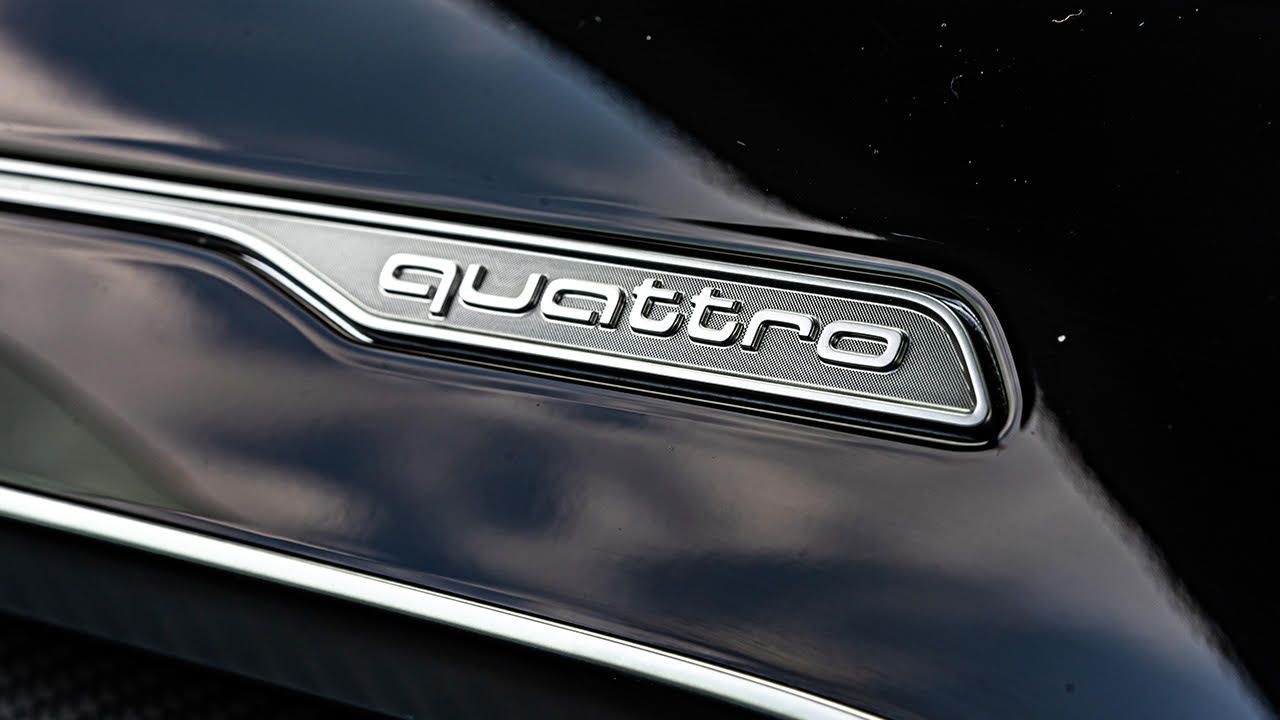 The RS Q8 isn’t just a straight-line sensation, it feels equally fast around twisty roads as well, thanks to the mechanical and electronic wizardry that the car comes with. Our test car was fitted with the optional Dynamic Package Plus, which includes a sports differential and active roll stabilisation. Working in union with the rear-wheel steering, it allows the RS Q8 to attack corners with incredible confidence. While entering a corner at high speed, you might think that there would be some amount of body roll, or maybe even a bit of understeer, but nothing of such sort happens. It just shoots in and out of a corner with extreme ease at any speed you dare drive it. In fact, it rides so flat that after every corner, you find yourself pushing it a little more just to see how much it can take. But irrespective of what you do, it never gets flustered. 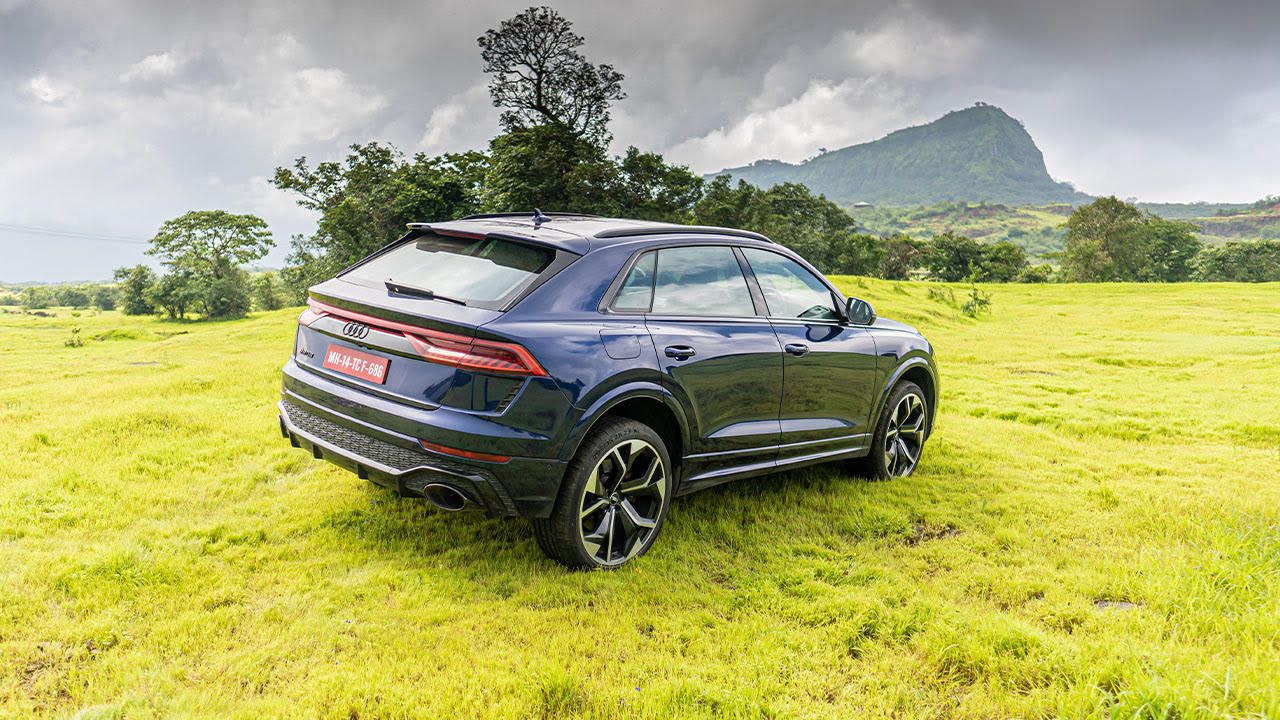 The RS Q8 really feels stellar due to its multifaceted personality. On the one hand, it can attack corners with unbelievable ease, and, on the other hand, it can be extremely pliant when you want it to be. This versatility becomes all the more evident as you toggle through the Audi Drive Select system. It’s insane in the RS2 mode and feels incredibly amiable in the comfort mode. Its ride quality is surprisingly brilliant too, especially for a car that wears the RS badge and, more importantly, for one that rides on humongous 23-inch wheels. You have to be wary of not being carried away – the 35-section tyres need to be handled with utmost care. 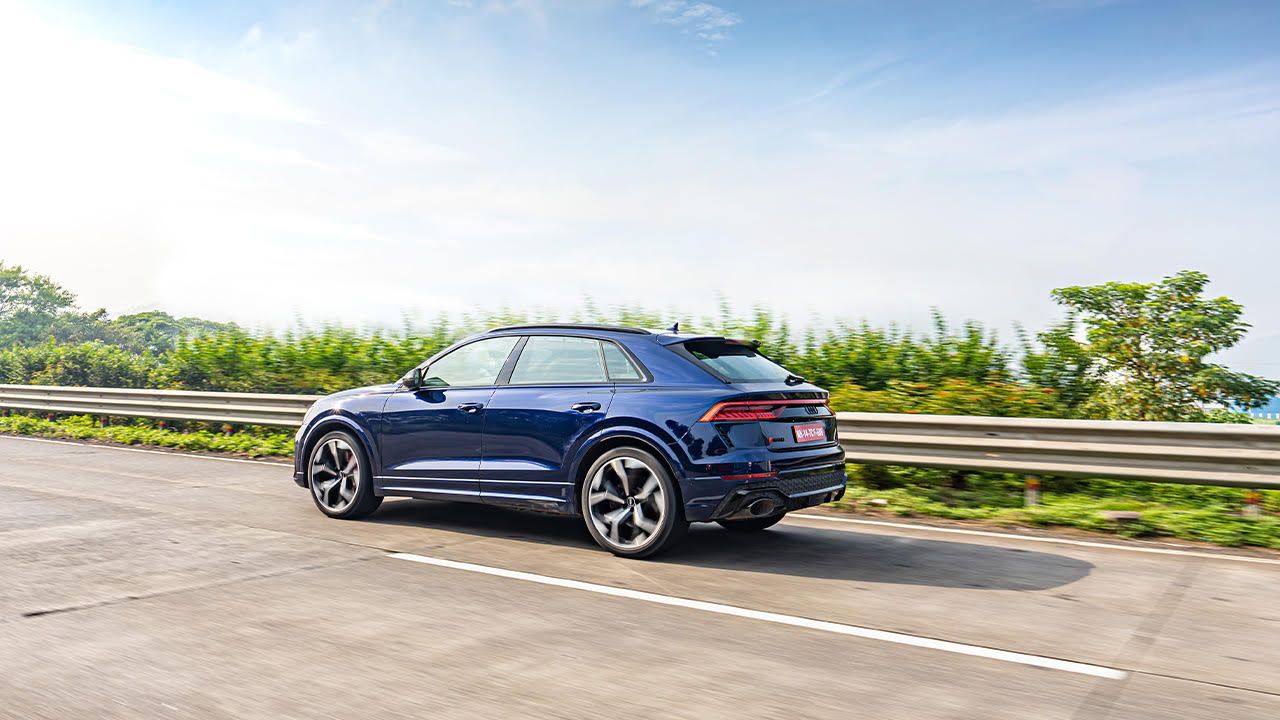 The RS Q8 is priced at Rs 2.07 crore, which is roughly Rs 73 lakh more than the regular Q8, before the optional extras. Do you get enough for your money’s worth? Of course, you do. It’s a brilliant machine that can be fast and engaging when you want to go all guns blazing. And, at the same time, it's comfortable and practical enough to be your daily driver. The RS Q8, then, is a textbook blend of performance and luxury. If that’s not enough to convince you, remember, it’s the fastest SUV around the Nurburgring – even faster than the more expensive Lamborghini Urus. And that’s quite something!

X-Factor: It’s the fastest SUV in the world, enough said! 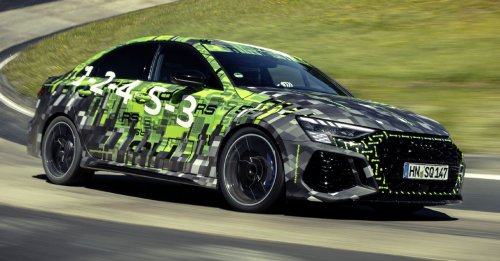 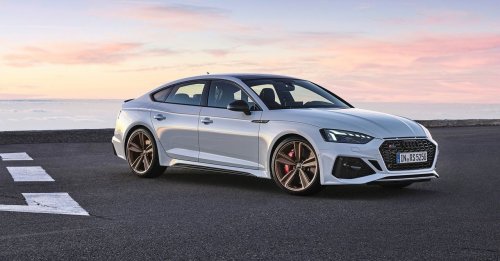 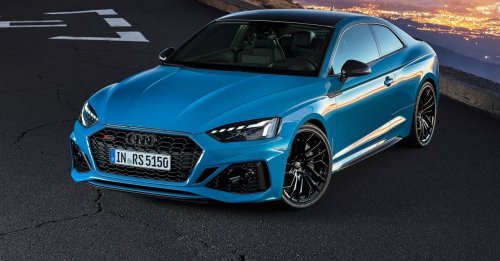