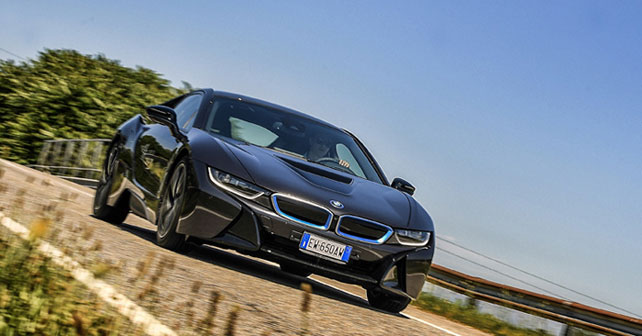 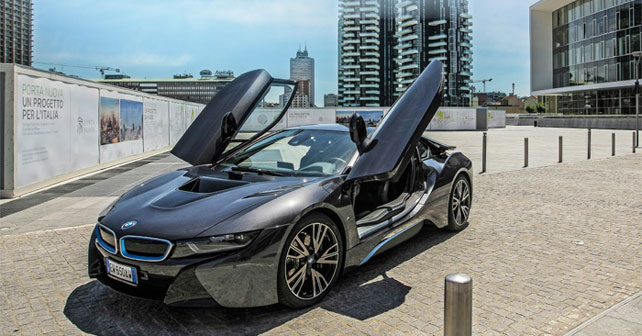 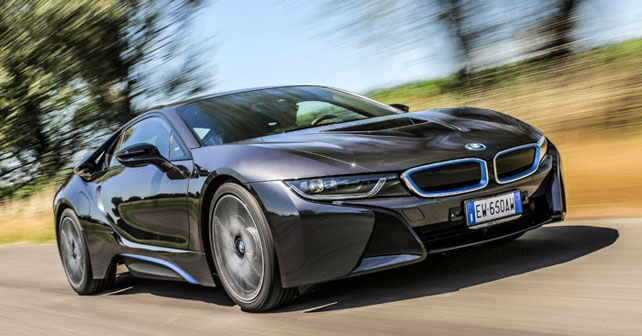 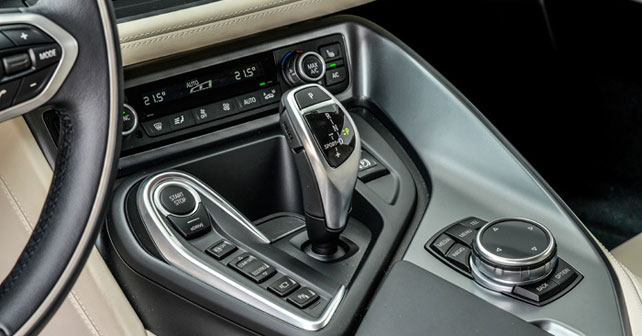 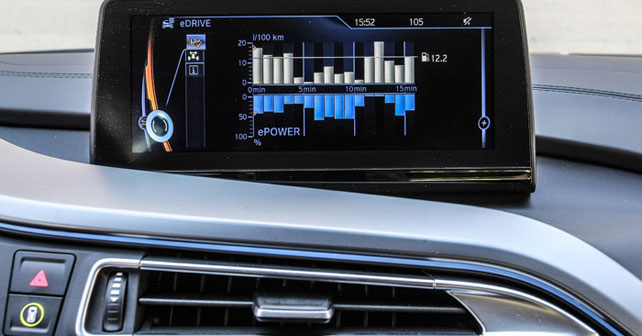 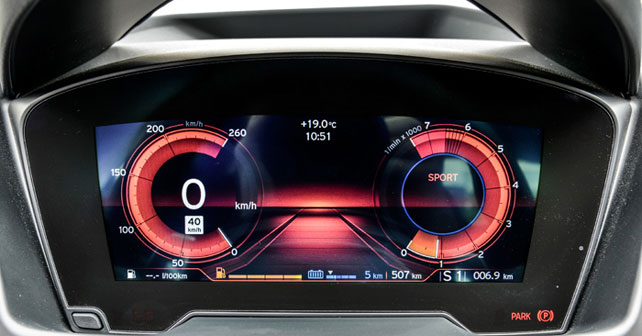 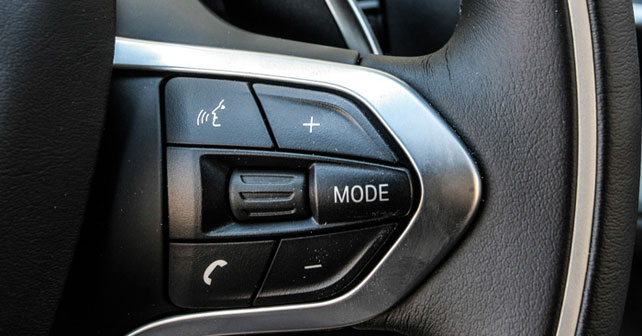 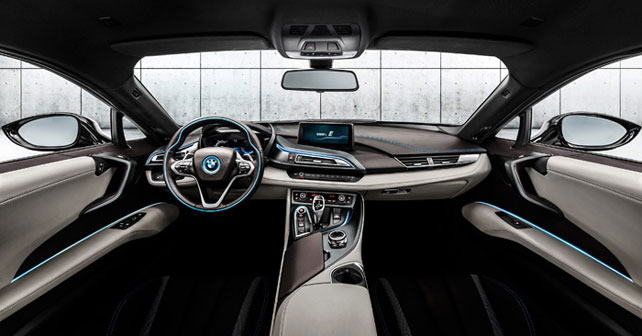 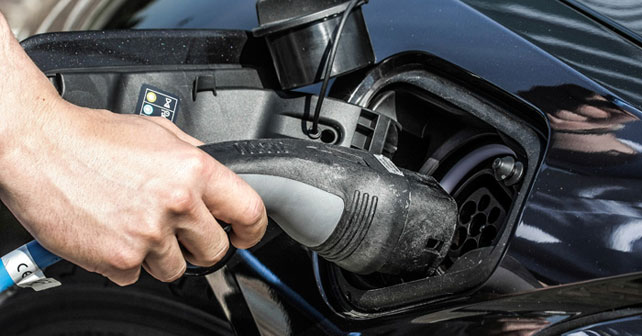 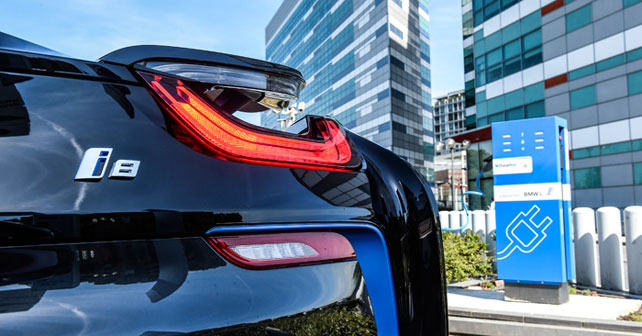 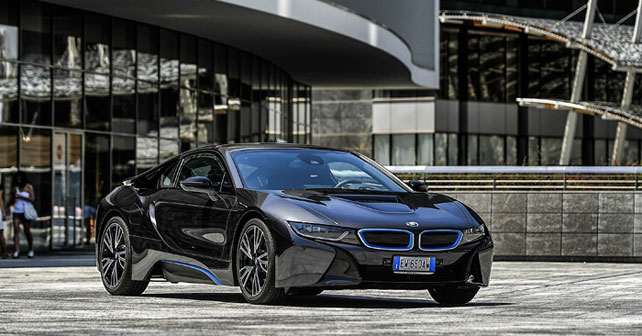 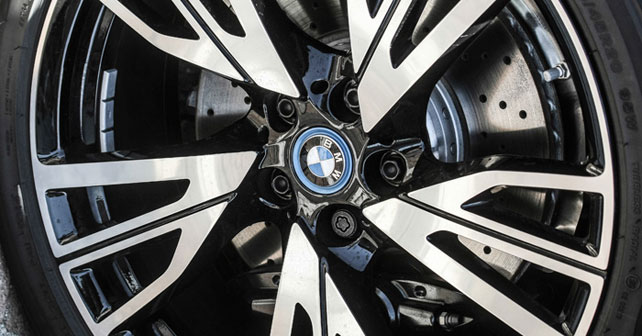 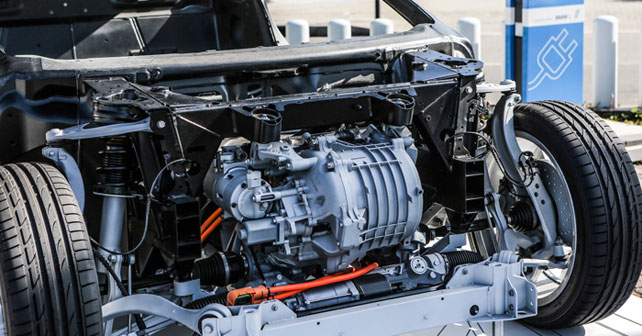 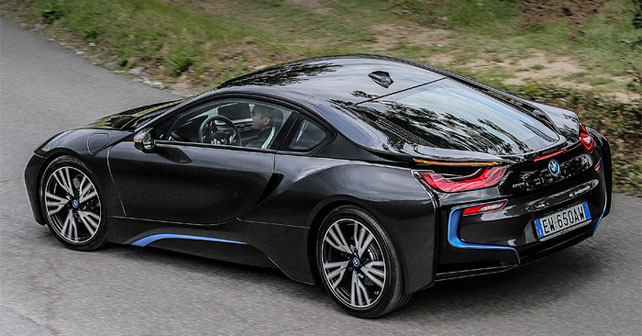 The i program is an audacious one from BMW. So it’s only fitting for their flagship to look like something out of a sci-fi film set. We get behind the wheel for our BMW i8 and to find out if time travel really is possible…

If Michael J. Fox had to choose a modern car for a bit of time travel these days, there’s little doubt that he would choose this one. The first time the world really saw the BMW Vision Dynamics concept (the original concept for the BMW I8 that you see here) is, in fact, when it starred in another Hollywood production – Mission Impossible.

Back then it looked like something out of the year 2025. It seemed like pure fantasy! And that wasn’t unusual – it was, after all, a concept car in a Hollywood film. But this outlandish looking machine is actually on sale at dealerships across the world – and it’s soon to make its way to India as well. Importantly, it looks virtually identical to the concept of a few years ago. It still looks like it’s driven straight off a sci-fi film set, but this is very much a present day production car that could actually be parked in your driveway if you’re so inclined and have the means. 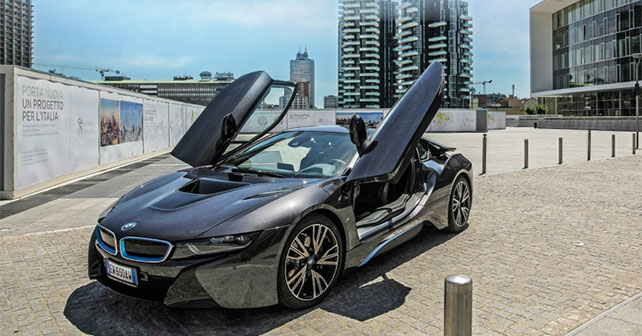 Of course, you don’t just get in and drive a car like this. You need to understand a little bit about the technology first – and there’s a lot of it to get your head around. It doesn’t hurt to have a little background as well. You see, the i program started about six years ago when the BMW Board took the brave decision that they would start from the ground up and really meet this daunting challenge of electrification and efficiency head-on. Most car companies have chosen to take existing vehicle platforms and create hybrids or full electric vehicles based on those. But that simply wasn’t good enough for the folks in Bavaria. After all, there are inherent packaging compromises when battery packs are made to fit where fuel tanks are meant to reside. Developing new vehicle platforms from the ground up, however, not only requires more time and money, but also more risk – a lot more! The element of risk is magnified when this range of cars constitutes a brand new sub brand for the automaker. In fact, BMW says that the i brand will be the spearhead for innovation within the group. During our drive of the BMW I8 in Milan, the engineers also claimed that this is the most progressive sports car of the 21st century, not to mention the most advanced car ever made by BMW – tall claims indeed, and ones that could be verified only by getting behind the wheel. 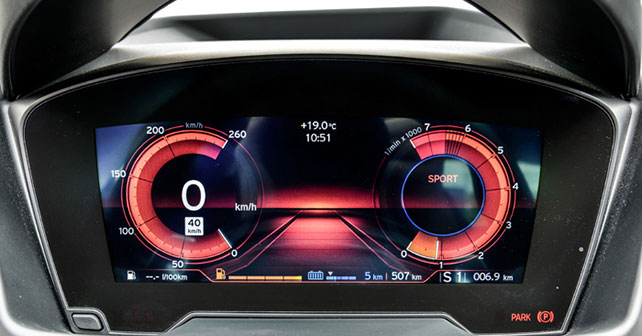 Before you jumped into the drivers’ seat for our BMW i8, however, we were advised to take a walk around a chassis that’s been stripped to the bare carbon fibre and aluminium to provide a better look under the skin. The passenger cell is all carbon fibre, a la your favourite supercar. And this is not just any carbon fibre, but one that’s produced by BMW itself. The front sub-frame is all-aluminium and cradles an electric motor that produces 131 horsepower and 250Nm of torque at the front wheels. The central tunnel holds a lithium-ion battery pack, while the rear sub-frame is mildly more conventional – in that it holds a 1.5 litre, three-cylinder, direct injection, twin-power turbo petrol engine that produces 231bhp and 320Nm of torque at the rear axel. Again, that’s 230+ horses from just 1.5 litres. And that computes to a total of 362 horses, which propel this 1,485-kilogram technological tour de force to 100km/h in just 4.4 seconds and to a top speed of 250km/h. So, it is a proper sports car then. But it’s also an EV. You see, it can achieve 120km/h on pure electric power – not to mention cover 37 kilometres in EV mode alone. On the move, the batteries are recharged through regenerative braking at the front, while a small motor at the rear is used not only to boost low end torque but also use the internal combustion engine to charge the battery pack whenever possible. The BMW I8 also has two transmissions – a two-speed transmission up front for the electric motor, and a six-speed single-clutch at the back mated to the petrol engine. Confused yet? Yup, me too! So, there wasn’t much else to do other than get in the car and see how (and if) this technology actually comes together while going down the road.

I have to admit that expectations were running high – not least because the BMW I8 looks so spectacular, but also because the all-electric i3 actually drives like a proper BMW. The only thing that was a little disconcerting in the i3 when we drove it last year was the aggressive regenerative braking – which meant that the car actually slowed down quite noticeably when you took your foot off the accelerator pedal. BMW refers to this as single-pedal drive, since you hardly have to touch the brake pedal at all in the city. They’ve engineered this out of the BMW I8, since it’s meant to feel much more like a sports car. The brakes actually feel pretty good, although you do notice a little bit of resistance under your foot when the brakes are applied. It doesn’t feel disconcerting at all however, and the brakes feel very progressive to use. What does feel completely alien, though, is the EV mode. The BMW I8, which is svelte, futuristic, and completely out of this world, appears even more so when it sneaks up on you in EV mode. It really feels like being faced with the future of motoring – and the future looks phenomenal! 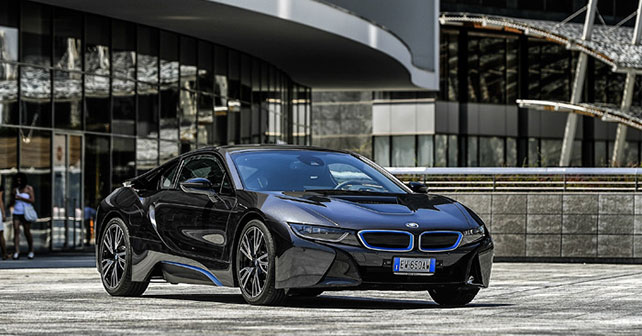 Of course, the lines of the BMW I8 aren’t there entirely to stun you into submission, but also to provide aerodynamic efficiency and downforce in equal measure. The underbody is almost completely flat. On the body, there are little vanes and vents everywhere to direct air molecules in the precise path that BMW engineers intend it to follow. Even the wheels are designed to disrupt the airflow as little as possible when you’re driving down the road. All of this produces a cod (coefficient of drag) of just .26 – the lowest of any production BMW. What the BMW I8 also has is an incredibly low polar moment of inertia. And what that means in plain English is that the weight is set very low down in the chassis – the result of which is incredibly precise and sharp handling. Of course, the relatively modest tyre contact patch (with 215/45 R20’s up front, and 245/40 R20’s in the rear) means that the absolute levels of grip are not quite in supercar territory, but the BMW I8 is kept going exactly where you point it through an incredibly neutral and responsive chassis. To be clichéd, it really does change direction on a dime. Even weight distribution front-to-back (49 to 51), plus a powertrain that’s so much more refined than you could ever imagine, means that you can just step on the loud pedal with complete impunity and expect the various systems to sort it out in the end. Which is what we did while driving this car during our i8.

It’s actually quite a surreal experience – the combination of the whine from the electric motor up front as it pulls you forward, and the pleasing roar of the engine in the back as it pushes you down the road. In EV mode, the electric motor is actually quite spritely and all you’ll ever really need around town. Comfort mode kicks in once the batteries have been discharged, wherein the electric motor and engine work really quite harmoniously together. In fact, the combined grunt from the two power sources is pretty incredible when you really press the accelerator pedal. What’s most impressive, however, is how the BMW engineers have ensured that all this power is delivered completely seamlessly and progressively – albeit really quite urgently when you ask for it since the electric motor provides full torque at zero rpm. In Sport mode, everything is taken up a notch. The power delivery is even more urgent, while the gearshifts are faster. In fact, there’s quite a pleasing burp from the exhaust every time you pull either one of the steering mounted paddles. The BMW I8 uses BMW’s active sound technology that pipes the engine sound back into the cabin through the speaker system to heighten your aural pleasure – and while it can be quite irritating in the new M3 for instance, it works pretty brilliantly in the BMW I8. The engine sounds unlike any other three-cylinder you’ve ever heard before, I can assure you of that! 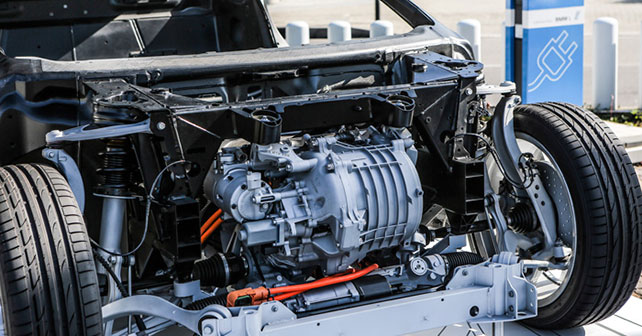 So, what you have here is a car that, quite successfully, achieves what BMW set out to – a car that blends the best of both worlds, efficiency and dynamics, in a single vehicle. The only trouble is that we got a real world mileage of about 12.5km/l over 300 kilometres of city, highway, and country driving. Now that’s pretty impressive for a sports car, but is it really worth all the trouble?

There’s no doubt that this is a very emotive car when you look at it. From the outside, it really pulls at your heartstrings – it’s more striking than anything I’ve seen in a very long time. From behind the wheel, however, while the technology simply blows you away, it just doesn’t get under your skin. The driving experience is awe inspiring, but a little synthetic at the same time. To compare this to a traditional analogue sports car would be to do a disservice to both types of cars. This is a car for the early adopter, for the dot-com millionaire, for the person who puts technology above all else. 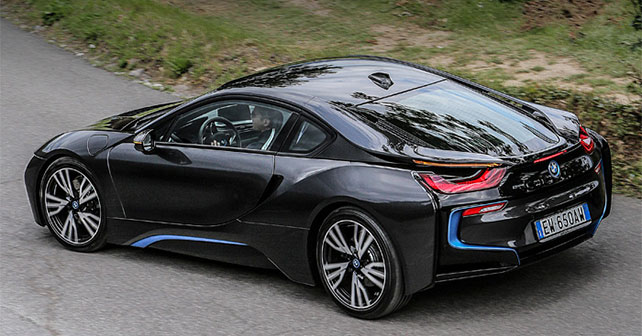 BMW is finally seeing all the time and money invested in the i program finally come to fruition. Not only is the BMW I8 impressive in-and-of-itself, but it also heralds an entirely new breed of car. Moreover, parts of this technology will undoubtedly find its way into the rest of BMW’s range over the years. However, if you want your driveway to resemble a sci-fi film set, and you absolutely must get your hands of all things futuristic and cutting-edge, the BMW I8 is a must have. Contact your bankers immediately! 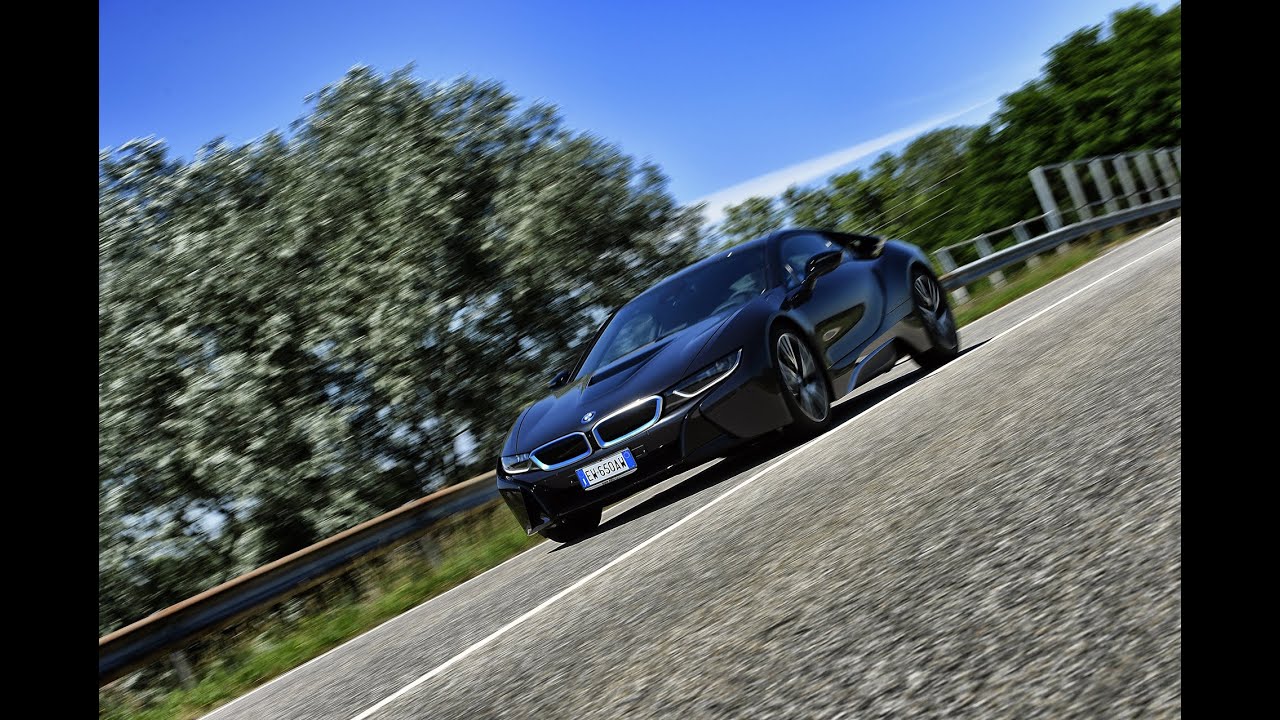