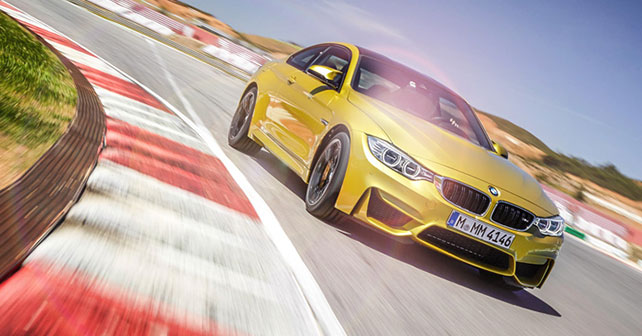 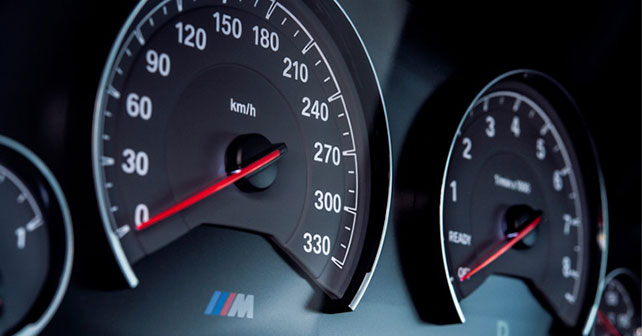 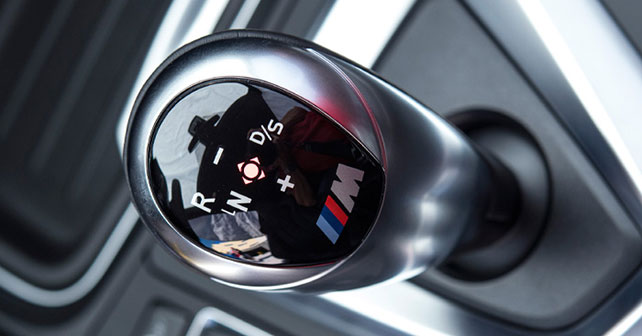 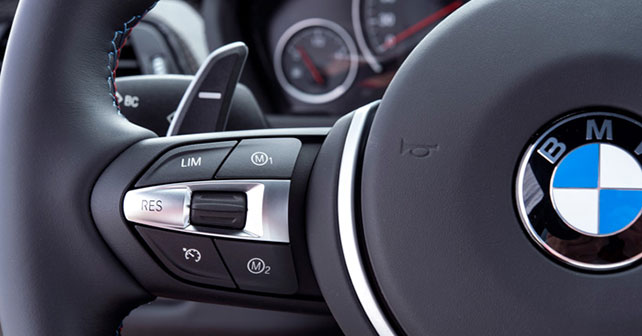 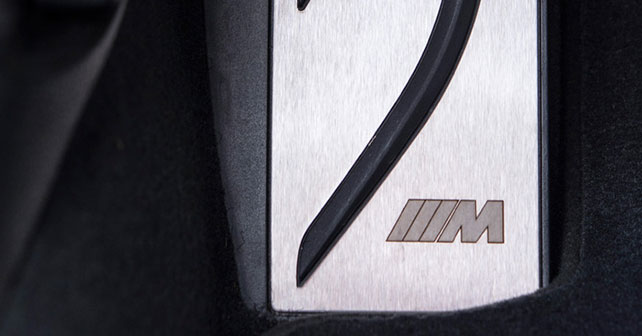 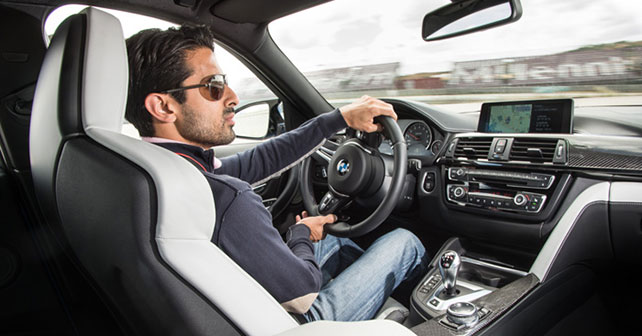 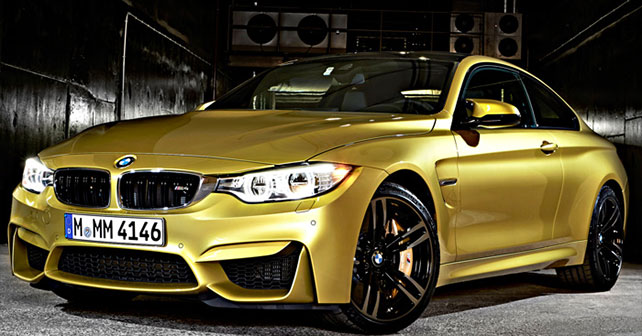 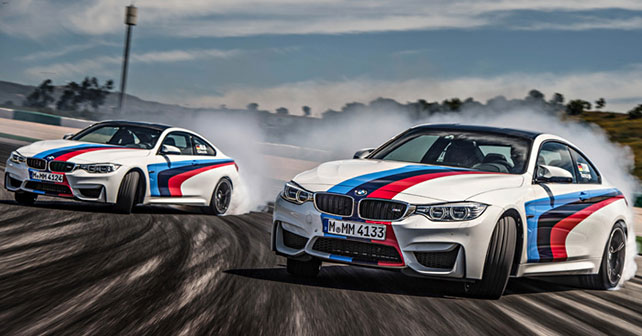 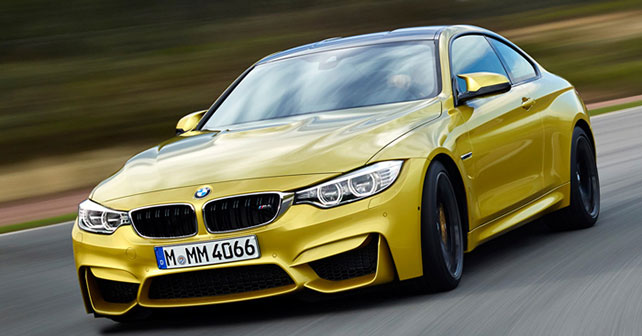 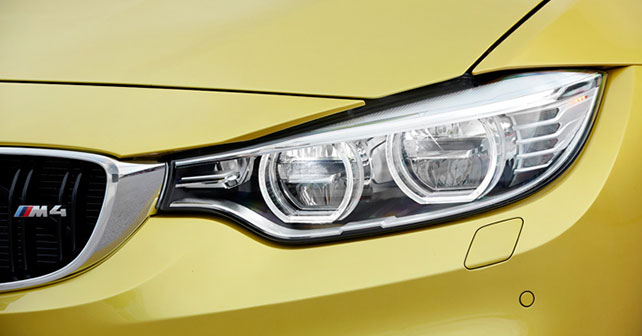 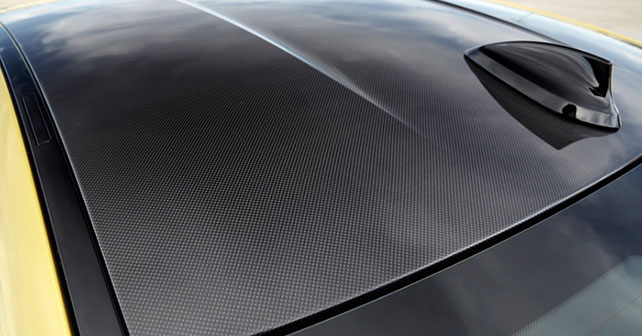 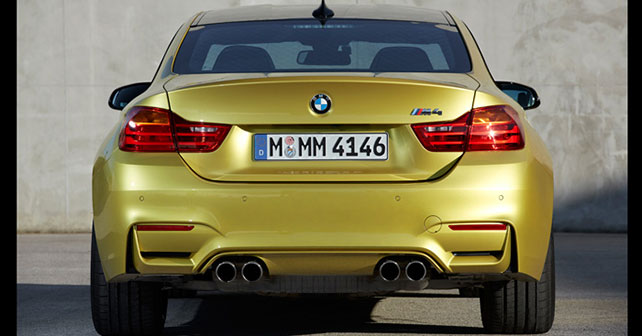 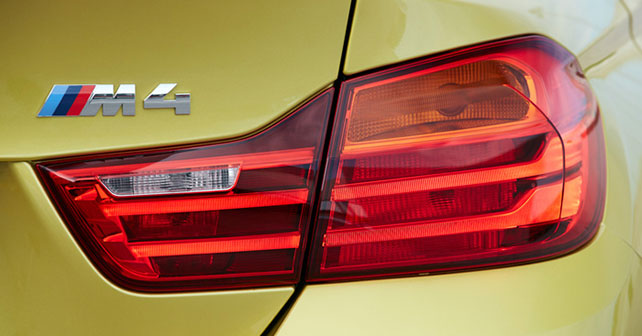 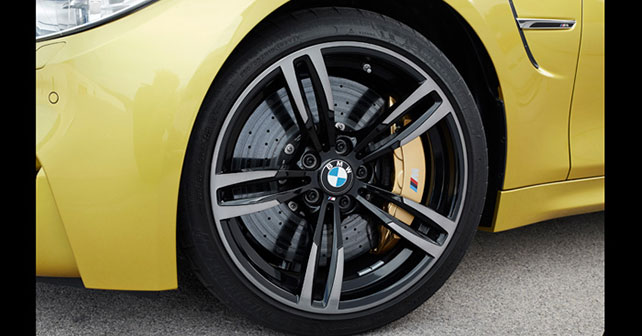 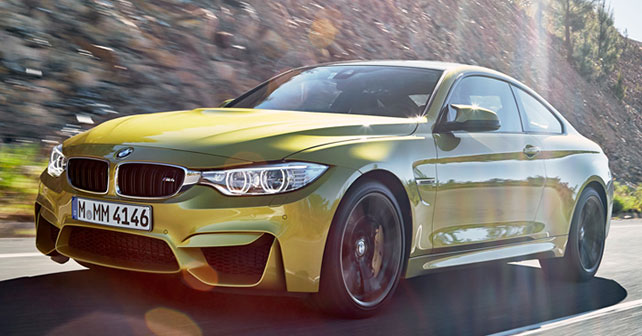 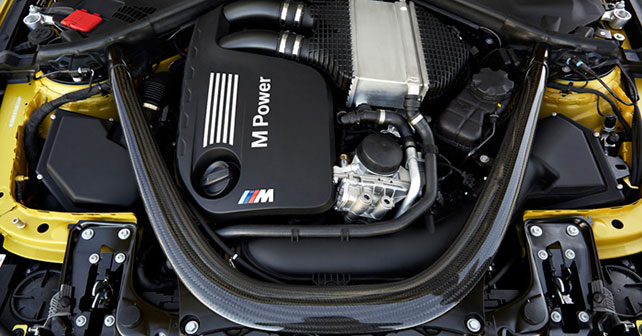 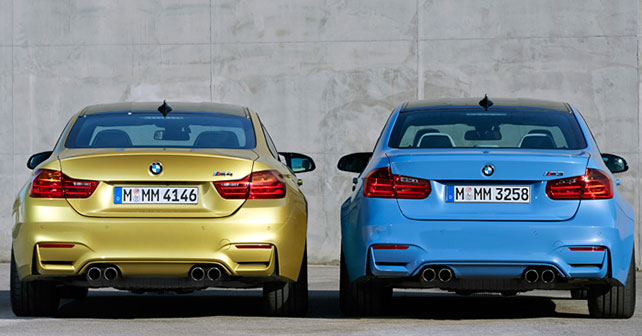 The M3 uses forced induction – by way of two turbos – for the first time in history. It’s even spawned an M4 in the process. But can it capture the essence of an M3?

I really want to like this car. After all, the BMW M3 is one of my all-time favourite machines. Moreover, everyone who’s already driven the brand new BMW M3 and M4 (the coupe is now known as the M4, while the sedan retains the M3 moniker) has done nothing but rave about it since. So, it appears that there’s nothing to worry about then?

Well, not quite. You see, the last gen M3 was an incredible machine. It had enough grip and power to embarrass most supercars. But it just didn’t get under my skin. Frankly, it left me a little cold. Don’t get me wrong, it was great to drive – perhaps a little too good! It simply had too much grip to approach the limit on public roads without putting yourself on the brink of arrest. And while the V8 was a monster motor, it wasn’t shrill and hypertensive – like you expect an M3 heart to be.

The current generation, though, has reverted back to six-cylinders – but not necessarily because M3 purists demanded it. BMW has done so to meet the ever-increasing emissions regulations. They’ve also slapped on two turbos to the in-line six to keep its power levels at a stratospheric 425 horses while retaining a respectable level of emissions and efficiency. But turbos typically add a delay in throttle response – plus they mute the exhaust note. So, we’ll have to see how the M-division has addressed these issues. What they have done is make the new car 80 kilos lighter than its predecessor and that certainly can’t hurt. So, I headed to Portugal (courtesy of the BMW Group) to jump into the drivers’ seat and pass judgement for myself.

A fifteen hour journey was made worthwhile with the reception that we received on arrival – a fleet of gold M4’s (ostensibly, the gold was to appeal to the Sindhis amongst us) and blue M3’s greeted us as we arrived. Personally, the Yas Marina Blue was much more to my taste. Now, the last gen M3 could be accused of being a little muted in the looks department, but the new one certainly doesn’t have any such problem. The M4, especially, is bursting with vanes, vents, and intakes, which make it look extroverted and aggressive no matter what the colour. At the back, there’s a pronounced ducktail spoiler that looks stunning. The M3 doesn’t look too bad itself. And you certainly can’t ignore the practicality of its four doors.

On the inside, the regular 3 Series cabin incorporates a generous slab of carbon fibre, a beautiful 3-spoke steering wheel, and a pair of very well fitted sport seats. The important bits that differentiate the M3 from the standard 3 Series, however, are under the skin. The engine, of course, is all new – 3.0 litres, 425 horses, two turbos, pressure cast block, forged crank, magnesium sump, and a lot more wizardry than you or I will ever be able to comprehend. The motor appears cradled in the engine bay by a sculpted carbon fibre brace that curves around the front of the engine, which is linked not only to the strut towers but also the base of the A-pillars for extra rigidity. The gearbox is the M-division’s latest 7-speed dual clutch unit. The front sub-frame is all-aluminium, as is most of the suspension. There are links and braces everywhere – even in the underbody to ensure extra stiffness and rigidity. The roof is carbon fibre in both cars, while the hood and fenders are aluminium. All of this, of course, is to ensure that the 400+ horses have as little mass to propel as possible.

Minimising mass is all very well, but what about the turbo lag you ask? That was, after all, one of the biggest challenges that the engineers faced. Well, if ever there was genius in the oily bits it’s here. You see, in a regular turbo, the turbine that forces pressurised air into the intake spins with the forces of the exhaust gasses. So, until the engine gets up to speed, the exhaust gasses don’t spin the turbine fast enough for the turbo to engage – and therein lies the cause for turbo lag. In this case, the M3 gets two small turbos – each working on two halves of this in-line six. The crucial part is that the turbine is kept spinning between 80,000-90,000rpm (out of a maximum turbine speed of 190,000rpm) at all times regardless of engine speed. What this means is that the turbo is practically always up to speed – there’s simply no lag to speak of at all. And the way they’ve achieved this is to variably interrupt ignition and injection in up to five of the six cylinders depending on the driving conditions and inputs of the driver. I, for one, couldn’t tell that this was a turbocharged engine. It felt every bit as free revving, shrill, urgent and on-the-boil as the straight-six from the E46 M3 of two generations ago.

What of the sound then? Well, I can’t say that they’ve been quite as successful in that respect. At idle, the engine sounds a little agricultural – as all direct injection engines do. It, nevertheless, sounds angry, as if it’s concealing a lot of horses – which, of course, it is. When you step on the gas with some urgency, as you tend to do in a car of this nature, the exhaust sounds pretty throaty and angry. It doesn’t quite sing like a traditional straight-six, but it still sounds pretty good all the same. The problem occurs at medium engine speeds, at which point the engine note sounds synthesized and unnecessary. Perhaps this is because you know that the exhaust note is, in fact, synthesized – i.e. like the M5, it’s fed into the cabin via the speaker system. Whereas, in the M5, you could say that it’s actually required since the turbocharged V8 is quite muted, I’m not sure it serves any purpose in the M3. Quite the opposite actually – at speed on the highway, the noise from the massive tyres (255/35 ZR19’s in front and 275/35 ZR19’s in the back), plus the noticeable engine note, can get a little intrusive.

But we didn’t come all the way to Portugal to just coast on the highway. So, we headed to the Portimao track – a couple of miles from the Algarve coast. And if I were still a little concerned en route to the track, I needn’t have worried. Turn a wheel in anger on a track, and the M3 just comes alive. And how! If the electric steering felt a little numb on the street, on the track it simply feels pinpoint sharp, beautifully weighted, and incredibly responsive. It’s as instinctive as the best hydraulic steering racks. The variable electromechanical rack-and-pinion setup, after all, was completely redesigned for the M3. In fact, the M-division recruited the foremost steering engineer from BMW to single-handedly develop and test the steering on the M3 and M4 to ensure that it’s absolutely spot-on and as close to a hydraulic unit as possible. All I can say is that it’s a job well done – he deserves another promotion!

Not only does the steering feel inch-perfect on the track, but so do the engine, the gearbox, the brakes, and the chassis – the works… The Portimao track deserves special mention here as well. I’ve been fortunate enough to drive on quite a few tracks around the world – with the Nordschleife (the North Loop of the Nurburgring) being the ultimate test of man-and-machine. But Portimao comes a close second. The elevation changes, in fact, are even more severe than the North Loop. Of course, it’s more forgiving than the Nordschleife – in that the barriers don’t exactly line the edge of the track waiting for you to put a foot wrong – but the dips, blind crests, off camber corners, and double-apex curves are almost as challenging and engaging. Unfortunately, we only got six laps in total. But, a couple of laps in, and you’re completely comfortable with the car and the track – despite a drying track, and 425 horses to reign in. The M3 just puts you at ease with its immense capability, and that’s a sign of an extremely good sports car. A few corners in, and it feels like second nature. So much so that I even felt brave enough to engage M Dynamic Mode, despite the damp track surface and immense power going to the rear wheels. In this mode, DSC is a little more liberal – in that it allows a certain amount of slip before cutting the power. So, it allows you to slide up to a point before engaging to keep you going in the right direction. The Active M differential is so progressive in the way that it allows the rear end to slide that it almost feels as if it’s got enough time to send you a telegram about when and how much rear end slip you’re about to generate.

And while my cowardice didn’t allow me to disengage DSC completely during my short stint of the track, I got a full taste of just what the M3 is capable of from the passenger seat with former F1 driver Pedro Lamy behind the wheel. Now, normally, I’m not a particularly good passenger – but, in this case, I was simply awe struck by his incredible skill mated to the stunning poise of this chassis, as he took me around the track completely sideways for virtually the full lap. All I could do was sit back and savour the moment.

The next such moment came on the narrow mountain roads in the Algarve that make up the Portuguese round of the World Rally Championship – this time with me at the wheel. Here, again, the M3 felt completely composed, deeply engaging, and eerily perfect. Of course, it required hefty throttle inputs to get the rear end to break loose. But, if covering ground at incredible pace is your thing, this is to tool for you. And it wasn’t the extreme motion sickness of my co-passengers that caused me to slow down; it was the low fuel warning due to the 5.0 kilometres a litre that we were averaging thanks to my more than liberal throttle inputs. On the whole, though, it averaged closer to 10km/l – which is far more respectable considering the fact that we weren’t exactly being gentle.

The only thing I could find fault with is the fact that the M3 is a little sharp edged on the highway. But then you’re not buying this car to cross continents, are you? You’re buying it because it represents the latest iteration of a legend – one that brings race car technology to the road, one that puts supercar performance within reach in a practical package.

And, on that note, I’ll have mine in M3 guise (since both the BMW M3 and M4 drive equally impressively) in Yas Marina blue please.