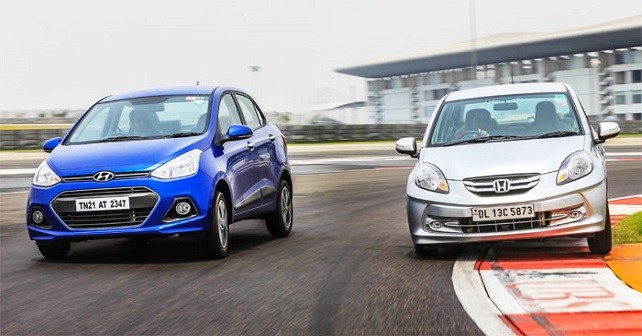 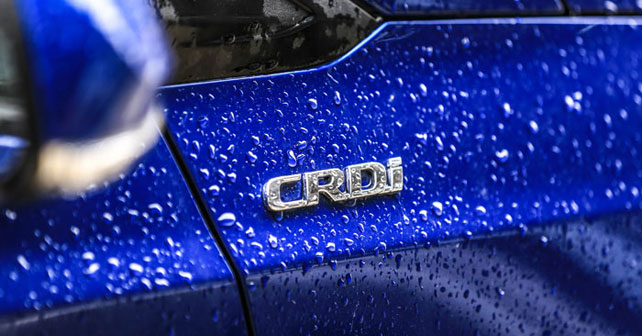 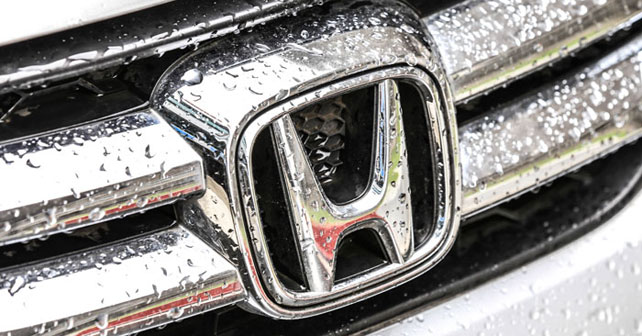 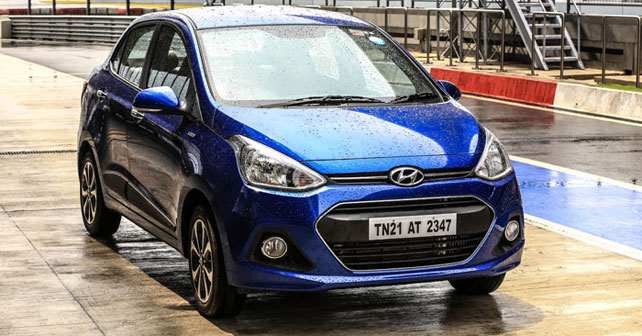 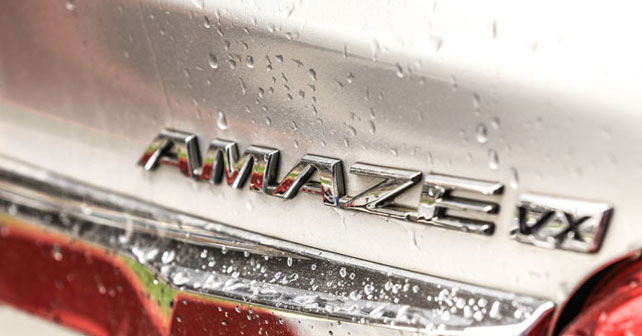 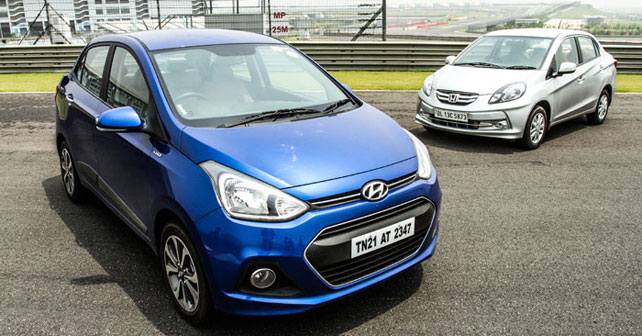 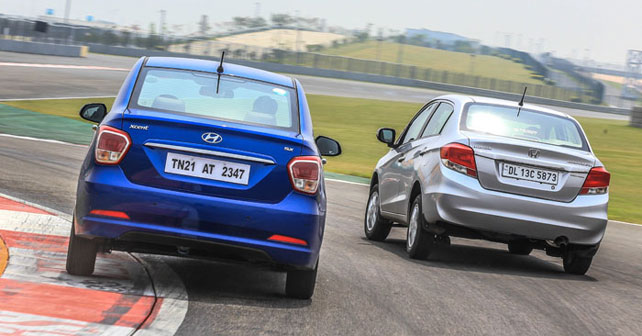 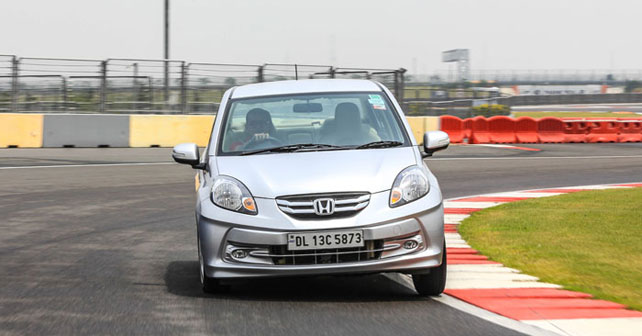 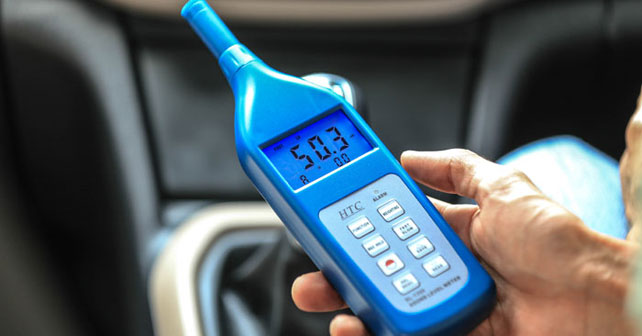 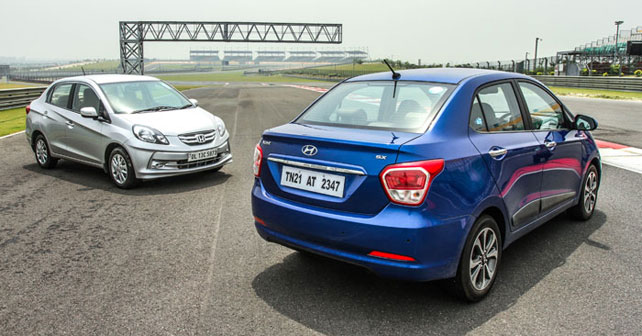 What possible reason could we have to bring these sub four-metre family sedans to the BIC? Well, there’s method in our madness. Read on to find out…

We all know that the sub-four metre sedan space is the hottest segment in the market today. Who would have thought that an ad hoc and uninformed decision regarding our excise tax structure would have such a massive impact? But that’s a whole other story. We didn’t go to the BIC to debate tax structure, I assure you!

So, back to the subject at hand – it seems that the compact SUV’s have had their day in the sun. Now, it’s time for these squat sedans to take their rightful place in the automotive pecking order. The Ford Figo concept unveiled at the Auto Expo earlier this year seems to have future proofed the segment. The Xcent, meanwhile, is Hyundai’s answer to the Maruti Dzire and Honda Amaze.

This segment has been ruled for far too long by the Maruti. Fortunately, the Amaze stepped in last year, and led a resurgence for the Honda brand in India. One that’s been accelerated further by the new City, powered by the same 1.5 litre iDTEC engine that first saw duty in the Amaze – the very unit that’s under the bonnet of the Amaze that you see on these pages. Honda’s decision to finally go down the diesel route has led to their resurrection in India.

Hyundai, meanwhile, has played their trump card once again with the Xcent. It seems that Hyundai has a lot of jokers in its pack – and it pulls one out each time it launches a new model. What I’m referring to is their uncanny ability to undercut the competition on price, while offering far more bells-and-whistles to the consumer. And the Xcent is no different.

But, why bring this duo to the BIC? After all, these sub four-metre family sedans aren’t exactly going to see too many track days in between their daily commutes. Well, we’ve said this before and we’ll say it again – the track reveals truth in engineering. It does more than tell us which car is faster around a single lap. It tells us which chassis is more sorted, which car is more stable at speed and on the brakes, and which engine is more willing to explore the upper reaches of its rev range.

And while these cars are very closely matched on the street, on the track this may be a bit of an unfair battle. You see, the Amaze is powered by a 1.5 litre, four-cylinder engine that produces just under 100bhp. The Xcent is one cylinder and almost 30 horsepower down – as its 1.1 litre, three-cylinder, CRDi mill pushes out just 71bhp. And while this deficit is concealed very cleverly on the street, with torque when you need it most – in the mid range – it runs out of grunt pretty quickly at the top end on the track. The 1.1 litre engine pulls fairly well till 4,000rpm, but then it drops off a cliff. In most gears, the engine simply refuses to go beyond 4,200rpm.

The Amaze, meanwhile, feels a lot more punchy right out of the gates. It clearly has a lot more get-up-and-go. It’s also quite a free revving motor for a diesel. And what that means is, around the 5.1 kilometres of the BIC, the Amaze is over 7 seconds faster than the Xcent. But, the Amaze doesn’t have it all its own way though. First up – the noise.

The Amaze has been criticized for being too loud, and we thought we’d settle this once and for all. So, we brought a fully loaded decibel metre to this battle. But it must be said that, at idle, these two cars are very even matched – between 48 and 49 decibels – although the Xcent has a lumpy idle that’s typical for a three-cylinder engine. But, at a steady speed of 120km/h in top gear down the back straight, the Honda is clearly louder at 71.5 dB – versus 68.6 for the Hyundai. In fact, the Hyundai just seems more refined and grown up on the whole.

The Hyundai is not only more silent, but also more stable at speed. It also turns in far better than the Honda, which struggles to get the front end pointed in the intended direction of travel – the bigger engine certainly adds more weight to the front end, which probably makes it harder to turn in. Let’s not forget, though, that we were clearly travelling faster in the Honda than in the Hyundai.

This more leisurely pace of travel certainly makes it possible to play with all the toys in the cabin of the Hyundai – which ranges from climate control, Bluetooth, 1GB of on-board storage, push-button start, rear-view camera, and lots more. The Amaze has just electrically folding mirrors in response. So, while it clearly wins the day on the track, the battle is far more intense on the roads leading to the BIC. The current range of Hyundai machines are far more refined and capable from behind the wheel than they’ve ever been. Plus, it’s phenomenal value.

At the end of the day, if what’s under the bonnet matters to you, the Amaze is the clear winner. But if you want a more refined overall package, it’s the Hyundai that edges ahead – despite it’s three-pot motor (and lap time deficit)! 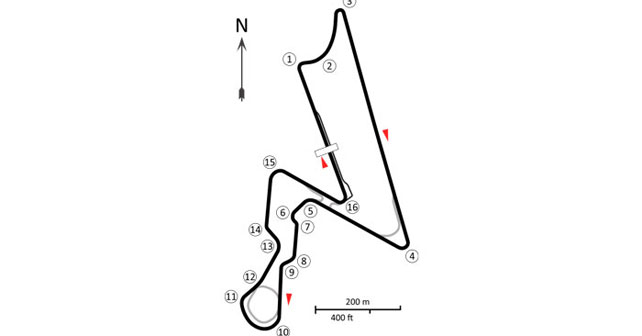 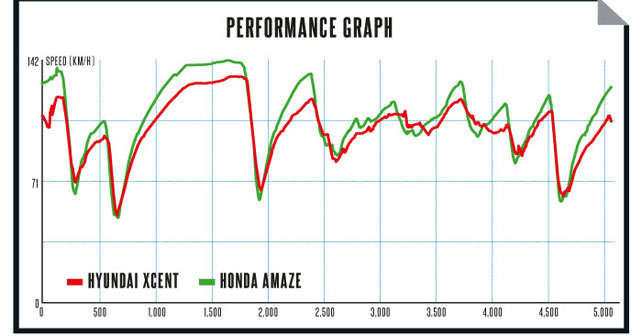