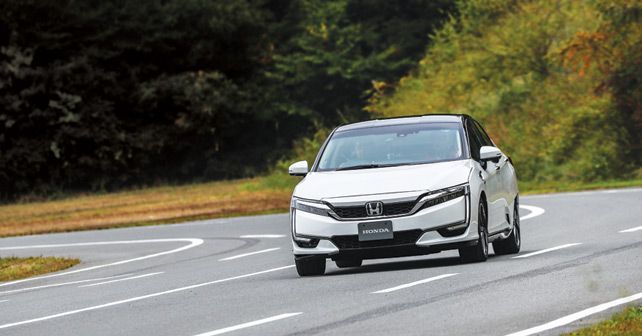 The automotive world appears to be placing all its bets on electric vehicles, but that hasn’t stopped Honda from continuing development of its hydrogen fuel cell vehicles. After all, they’re faster to refuel and even cleaner to run.

To say that the regulatory environment in the automotive world has changed drastically in the past decade would be an understatement of gigantic proportions. The hubris of certain automotive companies in masking the actual pollution levels of their vehicles hasn’t helped matters either. This blatant falsification has led to an unprecedented clampdown on the industry, often while turning a blind eye to several other far more polluting industries. Anyway, the larger debate about pollution, its sources and the effectiveness of the solutions being offered, is a discussion for another day. The reality of today’s automotive industry is that strict regulations are coming up faster than the industry, and the supporting infrastructure, can keep pace with.

In the current scenario, electric vehicles appear to have taken the lead. However, battery technology is still developing – and, at present, doesn’t quite meet the needs of most of the car buying public. Moreover, the infrastructure requirements – in terms of grid capacity and charging stations, etc. – still needs to be developed. At the same time, hydrogen-powered vehicles continue to provide a viable alternative by being easier to refuel and being cleaner to run. As a result, manufacturers like Honda continue to develop their hydrogen technology. 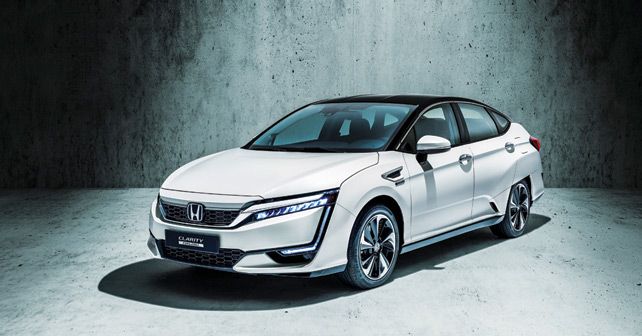 And, to give credit where it is due, Honda has been making constant investment in environmentally friendly technologies for some time now. In their quest for better efficiency and lower emissions, Honda introduced their first Hybrid system in the Insight nearly two decades ago – and the development has been on-going ever since. They were also one of the first manufacturers to offer Hydrogen powered vehicles to retail customers.

Hydrogen, as a fuel to power automobiles, is only now coming into the mainstream, and so our first experience of the latest range of Honda’s Clarity zero emissions vehicles provides some insight into the type of vehicles that we could well find in our driveways in the not too distant future.

Our experience of the Clarity began with a technical presentation of the various versions that the Clarity is offered in. Depending on the market you’re in, the Clarity comes in a Plug-in Hybrid, Fuel Cell and Electric versions. The Plug-In Hybrid is powered by a hybrid powertrain consisting of a 1.5-litre Atkinson cycle petrol engine paired with two electric motors, resulting in an output of 135kW and 315Nm with a claimed electric-only driving range of over 100 kilometres. The Fuel Cell version, on the other hand, features a 70Mpa hydrogen tank, which allows the electric motor to produce 130kW and 310Nm of torque – with a claimed range of approximately 750 kilometres in the Japanese driving cycle test on a single tank of hydrogen. In fact, Honda claims that the Clarity’s hydrogen tank can be refilled in under three minutes, which is perhaps the biggest distinguisher for a hydrogen powered vehicle – compared with the charging times needed for electric vehicles. 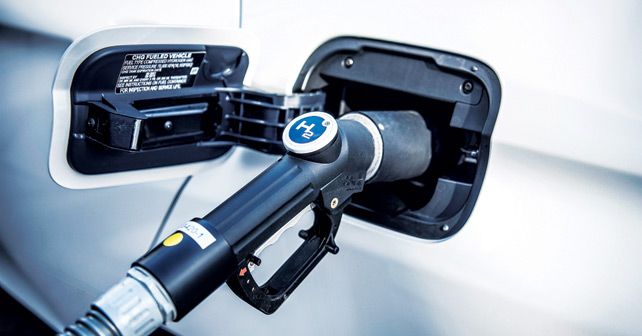 Out on a short loop of the iconic Twin Ring Motegi track in Japan, we got to briefly sample both the Fuel Cell and the Plug-in Hybrid versions of the Clarity. And, to be honest, the differences between them were not that stark. Both machines felt like regular cars, except for the lack of engine noise and seamless torque from virtually zero rpm. Of the two, the Hydrogen FCV actually feels more refined – and also more balanced, as far as the dynamics of the car are concerned. Remember, though, that we’re driving on a closed circuit – so there’s not much reference in terms of real-world parameters. The electric version, on the other hand, feels slight more unwieldy. There is some of that rubber band effect in both versions on account of their transmissions. The range on both cars varies on account of the fact that the EV version has a larger battery, whereas the Hydrogen version features better range – despite having a smaller battery, since it has Hydrogen to supplement the range.

With a bevy of aerodynamics benefits, the Clarity is at the cutting-edge of clean-fuel motoring at present. And, to be honest, unless you were a nutcase petrol-head like me, it would be difficult for you to determine what’s so different between a Clarity FCV and a regular internal-combustion-engine-powered car that you drive today.

The larger question, then, as always, lies with the fact that we still need to determine which of the many fuelling options – fossil fuels, electric or hydrogen – is the cleanest of all in the grand scheme of things. And perhaps even more importantly, which is the one that governments and industry are going to bet on in the near future. Because, as Honda has demonstrated, the breath of engineering capability in the industry is such that this sector is more than capable of adopting and developing newer and cleaner forms of propulsion. But, more than anything else, there needs to be some ‘clarity’ on the way forward. 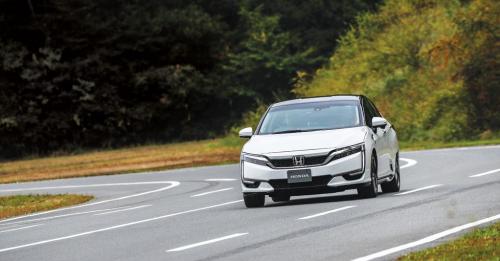