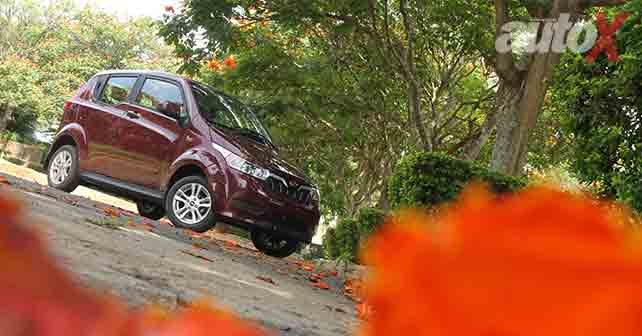 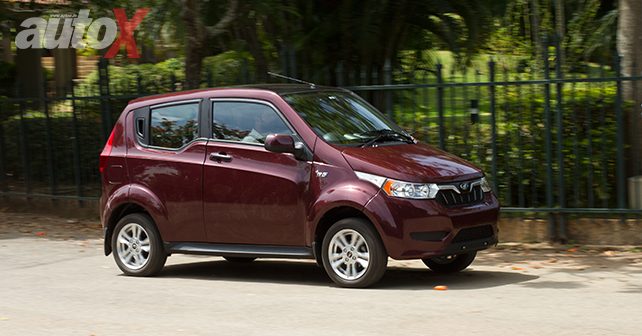 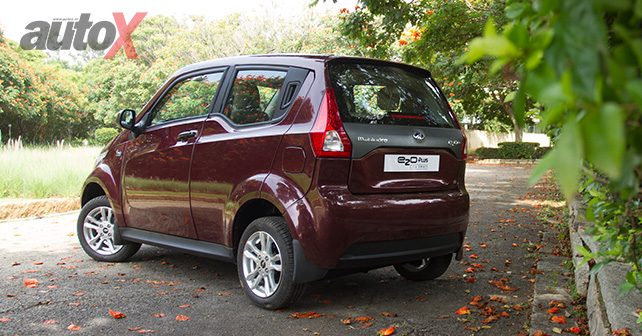 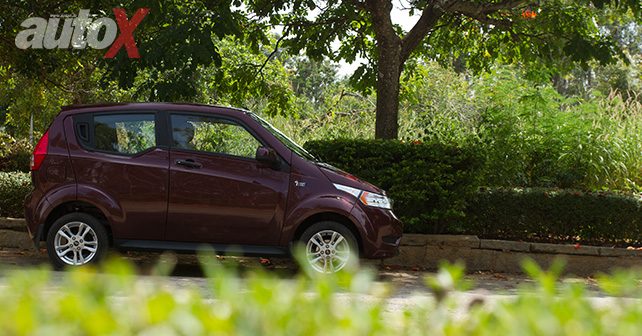 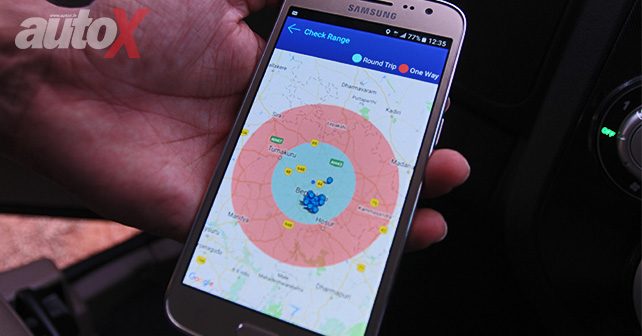 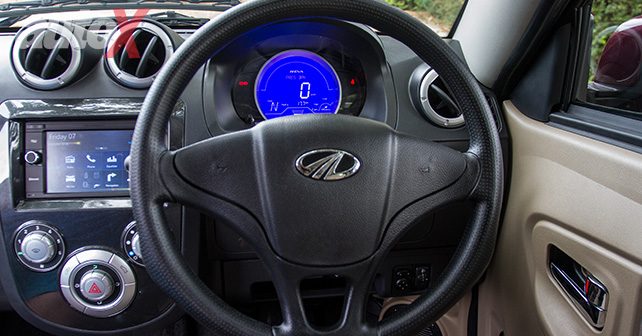 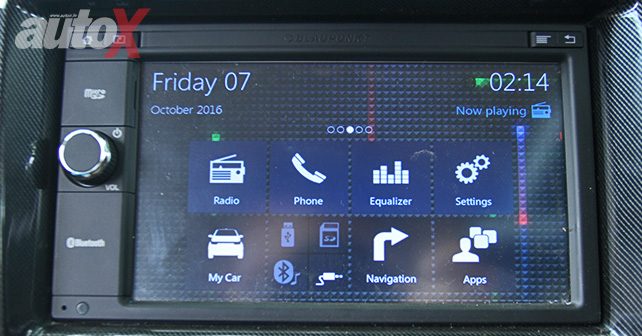 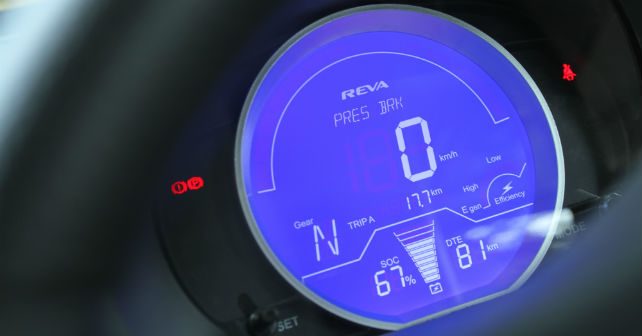 Does the addition of two doors and a larger battery make the e2o Plus a more viable option for daily use?

You know you have a pollution problem when 10 out of the top 20 most polluted cities in the world are from your country. While it’s widely known that cars contribute a relatively small percentage to the overall air pollution, it goes without saying that even small steps in the right direction will make a difference. And so the future – albeit distant – has electric vehicles written all over it. There’s simply no denying that the electric mobility revolution will emerge, sooner or later. And when it does, Mahindra wants its name etched in the history books. With that intent, they acquired Reva Electric in 2010, and launched the e2o soon after.

When buying a car, practicality is one of the chief influencers – and it was one of the major drawbacks of the e2o. Price aside, with just 2-doors and limited space on the inside, not to mention a claimed range of 120 kilometres, the e2o wasn’t the most practical machine around. Mahindra seems to have addressed these issues with its new 4-door e2o Plus, which we sampled briefly in Bangalore.

First things first, Mahindra has done well to make the e2o Plus look like a grown up version of its 2-door sibling. They’ve been able to retain the family design and, at the same time, make it look fresh. It has the same stubby bonnet, which now leads into a grille that is identical to all the new age Mahindra models. The rectangular projector type headlamps blend well with the rest of the design. In profile is where you can easily spot the difference between the 2 and 4-door versions. The length of the e2o Plus is up by 310mm, to 3,590mm, and the wheelbase too has increased by 300mm. This has allowed Mahindra to add more space on the inside, but more on that later. The width, however, hasn’t been increased by much and sees a bump of just 61mm. And, at the back, unlike the e2o, this 4-door avatar doesn’t look toy car like. All told, the eccentric design of the Mahindra e2o Plus gets a thumbs-up from us.

Coming back to the interior, despite its tiny dimensions, the Mahindra e2o a reasonable amount of space. Although the rear seat is just about wide enough to fit just two adults comfortably, there is sufficient leg, knee and headroom. But it isn’t all smooth sailing for the e2o Plus. Some of this ‘extra’ space at the back could even be utilised for better under-thigh support. The dashboard is identical to the one seen on the e2o. The quality of plastics is inconsistent and could have been better. Ergonomics could have been improved too. For instance, the steering wheel is too close to the door, and you end up hitting your elbow on the door panel while negotiating U-turns. There isn’t enough space between the accelerator pedal and the inside of the wheel arch, which makes it a bit uncomfortable to drive.

In terms of features, Mahindra seems to have got it just right. The e2o Plus gets a large touchscreen infotainment system, with Bluetooth, AUX, USB connectivity and navigation. Customers can also download an app that not only displays the range, but also uses your location to give you a radius in which you can drive given the current range. It also controls the AC and the door locks. It’s disappointing, though, to see that ABS and Airbags are not offered – even on the fully loaded P8 variant that we drove.

At the heart of the e2o Plus is a 210Ah Lithium-ion battery pack that enables the electric motor to make 40bhp at 3,500rpm and an impressive peak torque of 91Nm. Although it might not seem much, especially when compared to the petrol and diesel cars available in the market, power delivery is instant and linear – and so the e2o Plus feels energetic. In fact, off the line, it might just be quicker than some of the hatchbacks in the market. That said, on a longer sprint, it will certainly fall back. As they say, there’s no replacement for displacement. Mahindra claims that the e2o does the 0-60km/h dash in 9.5 seconds and records a top speed of 85km/h. This top-of-the-line variant has a range of 140-kilometres and has an additional range of 10 kilometres in reserve. In real world conditions, with the headlights, infotainment system, navigation el al in use, the range is sure to be lesser.

The e2o is a good option for someone who wants to go around town. It’s easy to find gaps in traffic and the small dimensions, with support from a reversing camera, make parking a piece of cake. The handling of the e2o is surprisingly neutral – however don’t expect it to attack corners like a regular hatchback. We would have loved a little more feedback from the steering wheel though. Ride quality is comfortable over uneven surfaces, but while driving over broken surfaces it does get a little jittery.

The e2o Plus probably isn’t the first car you’d buy knowing that its range limitations will restrict you from heading out of town. But if you have an average running of around 70-80-kilometres in the city it isn’t a bad option, especially considering the fluctuating fuel prices. It has the space to offer, is moderately punchy, and comes reasonably well equipped. But India is extremely price sensitive, and that will play an important role here. Mahindra has launched the e2o Plus at a starting price of Rs 5.46 lakh for the P4 variant. The fully loaded P8 variant that we drove costs Rs 8.46 lakh (ex-showroom Delhi). At this price point, it would difficult to present a case in favour of the e2o Plus. To make the price affordable and encourage electric mobility, it’s important for the government to step in and offer real incentives. Despite these challenges, Mahindra’s efforts towards an electric future are unstinting – and they certainly deserve a round of applause for that.