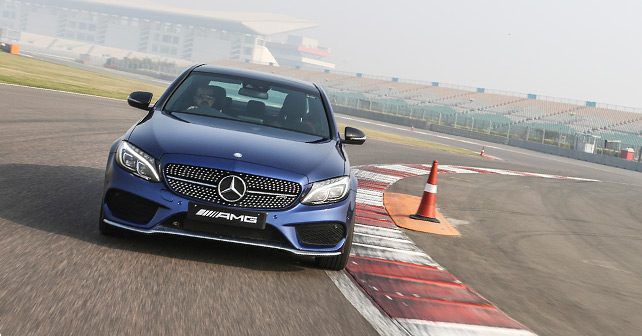 Don’t you long for the days when an AMG or an M-car could be had for well short of the one-crore mark? Well, Mercedes may have an answer to your prayers.

503bhp – now that’s not too shabby! Especially when that level of horsepower is produced in a relatively small luxury sedan. I am, of course, talking about the Mercedes-AMG C 63 S – a car that remains a firm favourite of ours when it comes to performance and driving appeal. In fact, it even topped our elite ‘Best of 2015’ awards. And, even back then, we were not only in awe of the stupendous performance it delivered, but also how accessible the performance was on the racetrack.

But, truth be told, this level of performance can be a bit intimidating when driving on our roads. Needless to say, there aren’t many roads in the country where you can actually use that kind of power. And so, really, you don’t even get to scratch the surface of the performance potential of the C 63 on our roads. Lastly, of course, there’s the small matter of what the C 63 costs – let’s just say that it’s substantial. Perhaps sensing this, not just in India, but worldwide, Mercedes has now started producing a new range of performance cars that, while more powerful and faster than their regular versions, aren’t quite as extreme as their hard-core full AMG products. An AMG-lite, if you will. 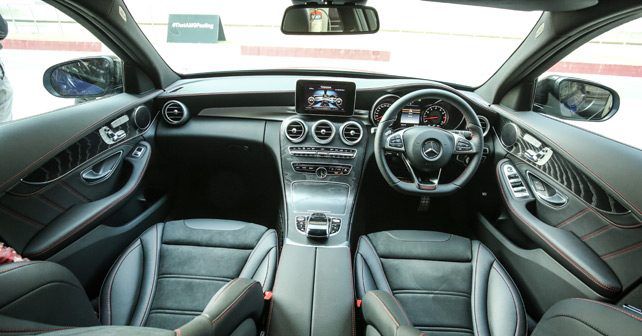 And the C 43 AMG that we drove briefly at the Buddh International Circuit perfectly fits this description. Powered by a 3.0-litre twin-turbocharged V6 engine, the C 43 has impressive numbers itself – 362bhp and 520Nm. Paired with Mercedes’ new 9G-TRONIC nine-speed automatic gearbox and 4MATIC all-wheel drive, the C 43 sprints from 0-100 in just 4.7 seconds and goes on to a limited top speed of 250km/h. So, it’s still stupendously fast – and yet far more suited to our road and traffic conditions.

Visually too, the new range of products feature styling touches from the Affalterbach based tuning arm – so you get an AMG styling kit, as well as 18-inch wheels as standard to maintain the visual differentiation from the rest of the range. Even, in the interiors, there are some nice touches to highlight the uniqueness of the car – such as the black-ash wood trim and the red detailing on the door pads and carpets, along with red seatbelts. These touches serve to signify that the C 43 is a class apart from the regular range of C-Class models, but, at the same time, the changes are subdued compared to the C 63 – to maintain hierarchy, of course.

More importantly, the C 43 retains a key feature of AMG products – the rip-snorting soundtrack. Equipped with a sports exhaust as standard, when pushed, the engine delivers an exciting soundtrack that greatly enhances the driving experience. On the track, the C 43 behaves impeccably – with its well-tuned chassis and specially setup sports suspension delivering a truly fun-to-drive experience. The performance of the 3.0-litre engine remains stellar, as there’s virtually no turbo lag from the engine and the nine-speed gearbox is a marked improvement over the older seven-speed unit. With the standard-fit gearshift paddles, the shifts are now quicker, and even in default mode the gearbox shifts more urgently and responds better than it ordinarily would.

While we didn’t get a chance to test it on the road, the performance figures and driving experience on the track clearly suggest that the C 43’s performance is more than adequate for our roads. At the same time, it retains the more attractive points of AMG’s hard-core machines – unique styling, interior detailing and a suitable soundtrack. So, if you’re looking for a performance car that is daily usable and costs south of the one crore Rupee mark, the C 43 – at a price point of Rs.75 lakhs (ex-showroom) – makes a lot of sense. In effect, it offers a combination of performance and usability that, from an enthusiast’s perspective, is difficult to beat – especially given its price point. 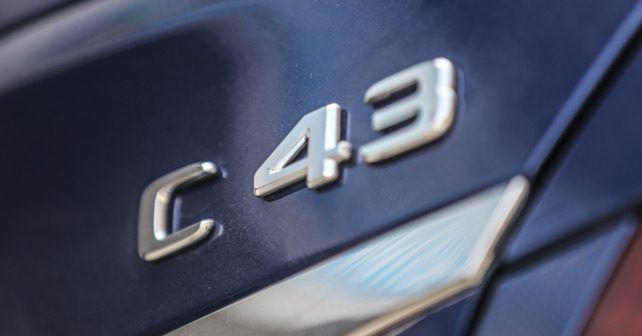 X-Factor: Performance that you can use, at a price that won’t require you to remortgage the house. 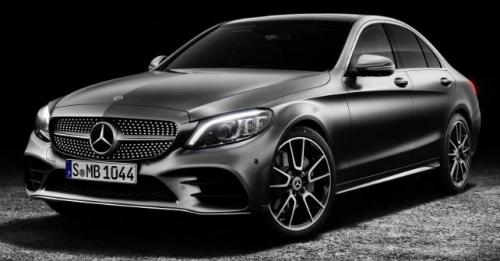 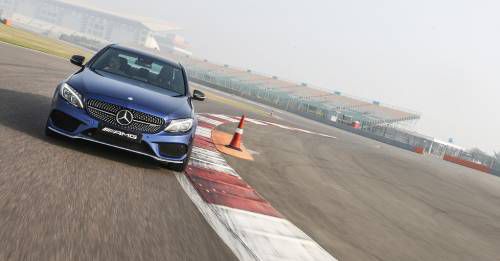 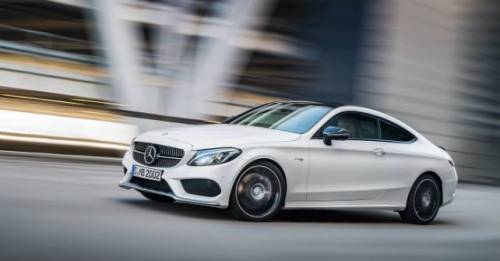