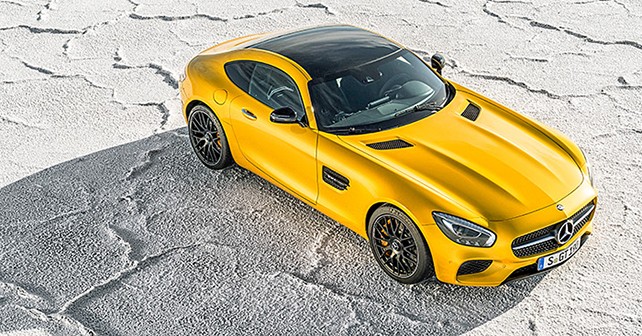 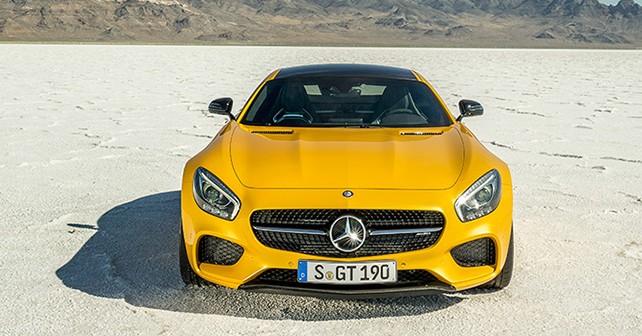 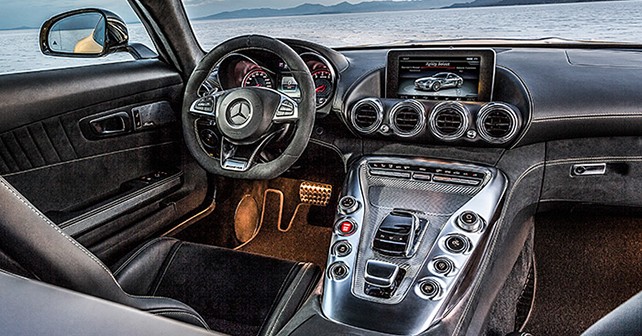 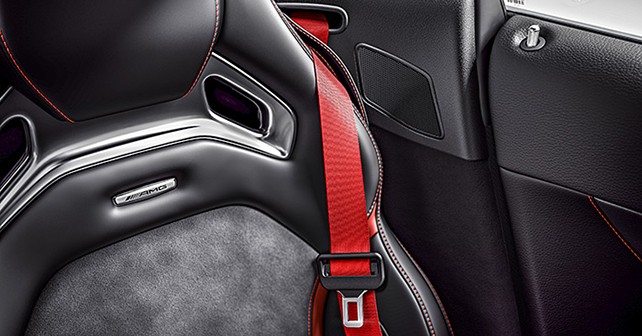 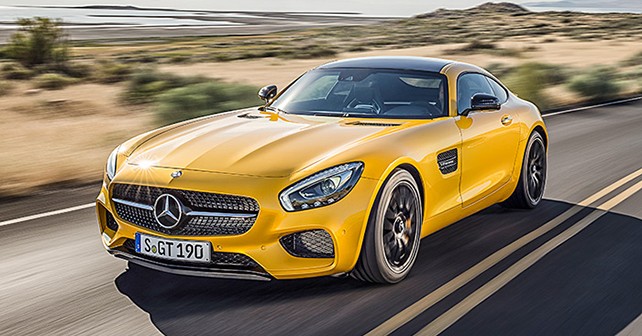 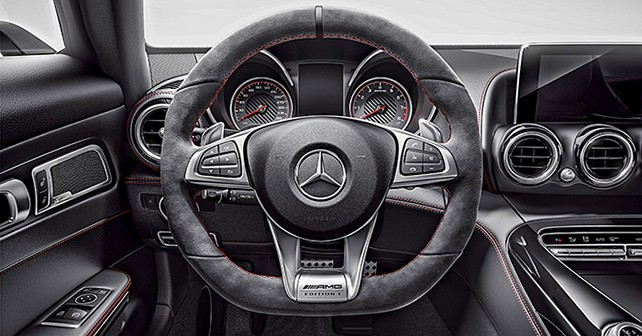 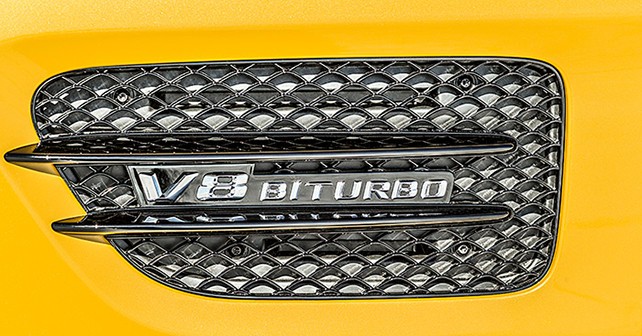 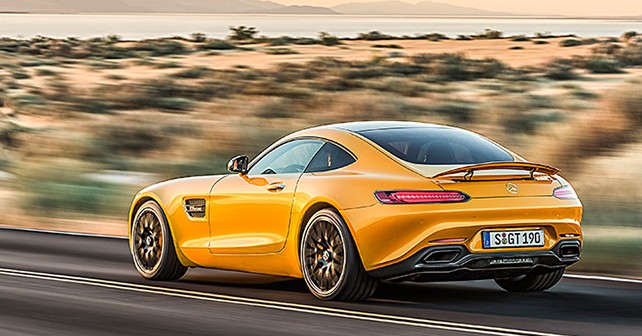 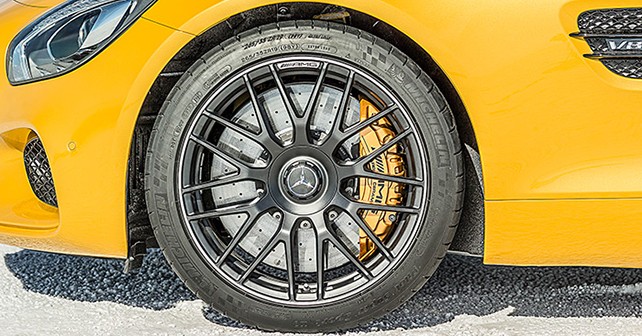 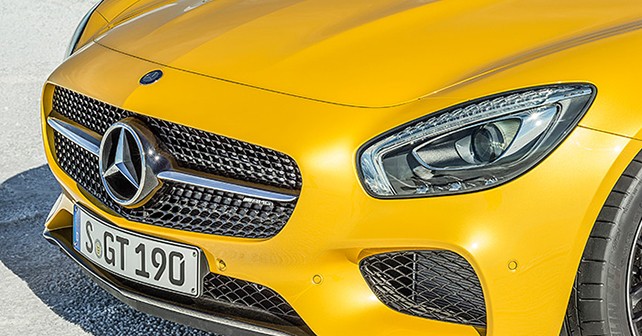 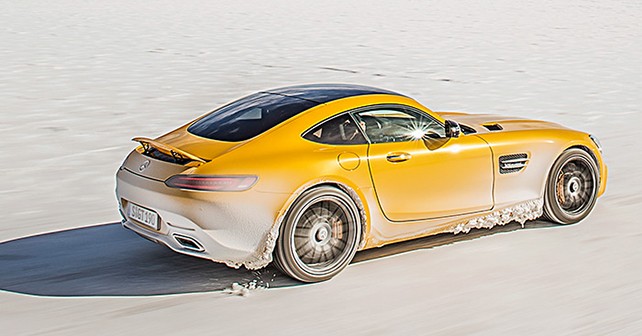 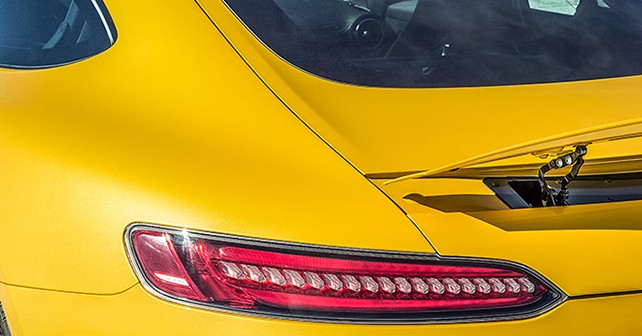 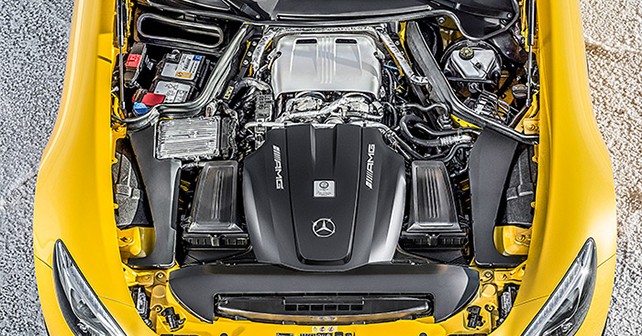 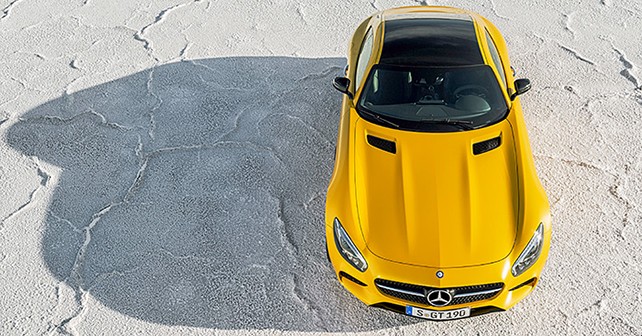 The Monterey Peninsula in California is one of the most beautiful parts of the planet – well, of those parts that I’ve had the pleasure of seeing anyway. So when you carve one of the most incredible racetracks in the world into the hills not far from the Pacific coast, you have the makings of a very special place indeed. All you need to infuse into the mix then – to have said ‘trifecta of treasures’ – is one of the most highly anticipated sports cars of the year. And, courtesy of Mercedes-AMG, that’s exactly what we had – the audacious Mercedes-AMG GT S!

The last time I visited Laguna Seca was over a decade ago. At the time, I remember thinking that I ought to heighten my senses so as to properly burn the details of that experience to memory. Well, that wasn’t really a problem – senses were easily heightened as I was driving a Formula Dodge. Any single-seat race car is the perfect machine in which to get a ground-level view of a track – especially one as flowing and scenic as Laguna Seca. The infamous corkscrew really is like being on a roller coaster, although it’s not actually that hard to get right. You do, however, have to trust the fact that the road will still be there when you turn-in – which falls away from you after a blind entry. But if the corkscrew was slightly underwhelming – only because you expect even more – the balance 3.6 kilometres easily make up for it by being challenging and enjoyable in equal measure.

But our tryst with the Mercedes-AMG GT S didn’t start at the track. It started a few hundred kilometres north – in the heart of downtown San Francisco, in the midst of morning rush hour. But senses were heightened then as well, since there was a long row of brightly coloured AMG GT’s lined up at the porch waiting for us to choose our flavour of the day. The first order of business, then, was to navigate through the labyrinth of one-way streets and make our way out of the city. But before that was the slight challenge of getting going in the first place! You see, the cabin of the AMG GT is beautifully crafted, and it’s every bit as special as a high-end sports car ought to be. I, for one, especially like the quartet of round AC vents bang in the centre of the dashboard. Meanwhile, a cascading centre console is home to two rows of buttons that are absolutely vital to the job at hand. The trouble is that the gear selector is small, and it’s relegated to one end of the centre console – which makes it somewhat awkwardly positioned. But none of that matters, because the minute you get into the hip-hugging sport seats and grasp the three-spoke alcantara steering wheel, you know that it’s going to be a very special drive indeed. You just know…
Of course, it doesn’t hurt that – to my eye – the AMG GT is absolutely stunning. It’s elegant and arresting in equal measure. If the SLS AMG was a bit brash, a bit rough around the edges even – and outlandish with its look-at-me gullwing doors – the AMG GT is simply perfect. And the 911-esque C-pillar and haunches don’t hurt either. Funny that, since this AMG is aimed squarely at Zuffenhausen’s finest! But if it’s going to really take on the most famous sports car of all time – the 911 – then it better be good. Very very good!

As we made our way past San Francisco tourist attractions like Pier 39, we got a sense of just how usable the AMG would be on a daily basis. Visibility isn’t bad, but not as good as a 911. The ride isn’t bad either, but – again – not quite as comfortable for daily use as a 911. AMG’s tend to be quite firm, and this is no exception. Road noise is quite apparent too. But the steering is light, and the engine is amazingly tractable.

The engine is the soul of this machine – as well it should be in any sports car worth its salt. Fortunately, it’s a very good power unit. Yes, ‘very very good.’ The first AMG GT to hit the market next year – slated to reach our shores only by the second half of 2015 – will be the more powerful S version with a 4.0 litre twin-turbo V8 producing in excess of 500 horsepower and 650Nm of torque. The all-new engine is, essentially, two CLA AMG motors joined at the hip to produce a pretty formidable power unit. It has a hot V with the turbos located atop the two banks of cylinders. This leads to pretty straightforward plumbing, and, therefore, reduced lag. In fact, they’ve engineered some pretty intricate methods to ensure that the turbos produce instant response. And, by all accounts, they’ve succeeded.

The power delivery is seamless. Peak torque comes in at under 2,000rpm, while peak power reveals itself at over 6,000rpm. This, essentially, means that you get pinned to your seat every time you flex your right foot – at any speed, in any gear. And the gearbox is pretty good too. This was the Achilles’ heel of the SLS, but, fortunately, it’s been well and truly rectified in the GT. It can still be a little clunky at low speeds around town, but, on the whole, it’s right up there with the best gearboxes in the world. The sound from the engine is pretty good too. One of the biggest challenges thrown up by forced induction engines (other than throttle response) is generating an unfettered and pure exhaust note – an AMG hallmark! And so AMG, apparently, set up a sound studio specifically to tackle this issue. Let’s just say that it appears to be a job well done.

And so the drive down to the track was an enjoyable one – the vistas of the Pacific didn’t hurt of course. But it’s on the track that the AMG GT truly reveals its class. Put the car in Race mode, and the rev needle races towards the redline like a hungry bloodhound in search of deer. On the first lap, I even hit the limiter a couple of times – until I recalibrated my brain to account for the response from the engine. I do wish, though, that the AMG had a 911-esque central rev counter to help the driver keep a better eye on the tach – or, better yet, a head-up display, which would allow you to keep your eyes on the road at all times. Truth is, though, the gearbox is so good that you can actually leave it to its own devices. In Sport and Race, it’s so responsive to the needs of the driver that you don’t actually need to shift by yourself.

But engine-gearbox apart, the real party trick of the GT is its chassis balance. If its lunacy you’re after, it’ll happily oblige I’m sure. We were, however, restricted to lead-and-follow laps behind a Mercedes DTM driver – at a pretty decent clip mind you – but we couldn’t really get up to any tyre shredding tomfoolery. In Race mode, though, the GT is incredible. It feels like a proper race car. Their tagline is ‘handcrafted by racers,’ and that certainly rings true after driving it on a track. Not only does it have a 47/53 weight-distribution, but it also has dynamic engine and transmission mounts that make sure the weight transfer is managed to near-perfection. These mounts – four of them – are filled with a magnetic hydraulic fluid, the viscosity of which is changed continuously by a current that’s passed through each one independently based on the driving conditions and chassis behaviour.

All of this trickery works to ensure that you have a car that feels completely neutral and planted at all times. The steering is incredibly sharp and precise, while being quite light and delicate at the same time. Unlike the 911 – which can still exhibit some mid-corner understeer – the GT turns-in extremely well and stays absolutely neutral through the corner. Get on the power at the exit, and the rear end adjusts under power just the right amount to enable you to shoot you out of the corner. Of course, you have gobs of power under your right foot – so you do have to live by the mantra that ‘discretion is the better part of valour.’ All said and done, though, this is one of the easiest cars to lap around a racetrack at speed that I’ve experienced in a long time. And Laguna Seca is no ordinary track. What’s more, the GT felt like it could do this all day. The ceramic brakes didn’t demonstrate even a hint of fade after multiple sessions. After experiencing the GT, you can only imagine the depths of R&D and engineering that’s gone into creating this machine – the Jaguar F-Type feels like a Tonka toy in comparison.

I can’t help but think that the Mercedes-AMG GT S is a better track tool than the 911. But it’s going to take more than lap times to topple the Carrera’s 50-year legacy. Plus, having the engine swung out the back has an allure all its own. The majestically honed flat-six is a pretty special motor in its own right. The 911 is more usable every day as well. But it could be a victim of it’s own success. You see, it’s become the ubiquitous sports car of choice. And so, if it’s an alternative that you’re looking for, the AMG GT makes a very compelling case for itself. Yes, very very compelling! Mercedes has certainly endowed the AMG GT with all the ingredients to make it the 911-beater that they hope it’ll be…