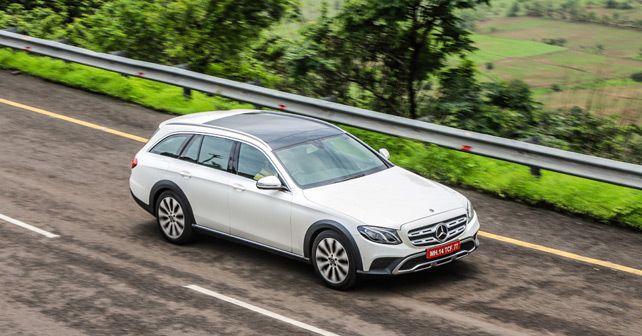 The E-Class All-Terrain may not be the best-looking Mercedes out there, but there is beauty to be found – you just have to look beyond the surface.

What the designers at Mercedes-Benz have been churning out recently is nothing short of magical. From the Project One to the recently refreshed C-Class – each product is more exquisite than the one before it. But then these same people are also responsible for the E-Class All-Terrain, which, quite frankly, has looks that only a mother could love. It's ginormous, and its size overshadows every other element of its design. But then this is a car for the more enlightened three-pointed star buyer – this is a machine for those of you who have the ability to look beyond what’s on the surface. 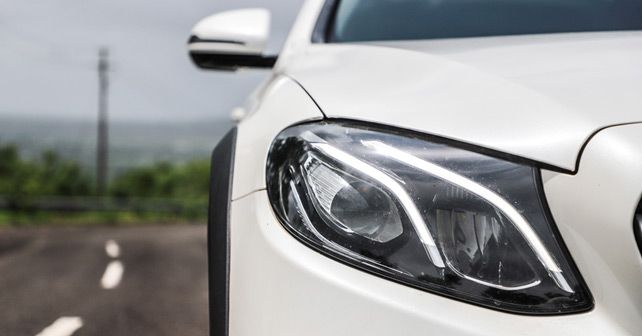 Edgar Allen Poe once said, “There is no exquisite beauty… without some strangeness in the proportion.” And this is essentially true for all estates, including the E-Class All-Terrain. Sure, it’s not quite as svelte as some of the newer Mercedes cars, but it’s simply impossible to ignore its formidable presence. Everything beyond the C-pillar, especially the large rear overhang, makes the car look gargantuan. The bulk is well refashioned as ruggedness, thanks to the large 19-inch wheels and the cladding on the wheel arches. The E-Class All-Terrain also has a twin-slat grille that’s very similar to the one on the GLA. Plus, it gets redesigned bumpers with scuff plates and a much wider rear stance. 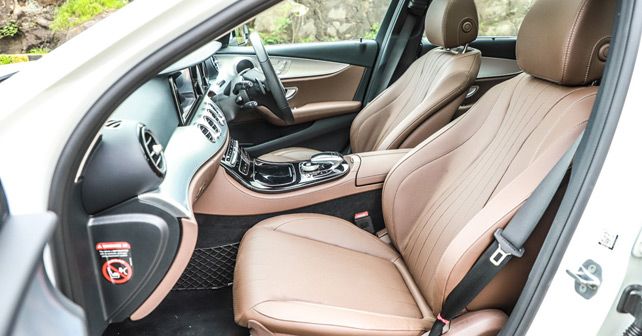 The E-Class sedan on sale in India is the long wheelbase version, but the All-Terrain is based on the standard wheelbase model not otherwise sold in India. While it’s true the All-Terrain has limited leg and knee room in comparison to the sedan, it’s by no means insufficient. The station wagon does miss out on the reclining rear seat of the E though. In fact, we found the seat back to be a bit too upright for a car that’s meant for long distance journeys with the family. Under-thigh support could have been better as well. With the tall-ish door sill at the back, ingress and egress are a bit difficult too. But the real beauty of the E-Class All-Terrain lies further back. The car has a boot capacity of 640 litres, and it can be further increased to 670 litres by straightening the rear seat back by 10 degrees. Drop the seats flat – which fold electronically – and you can make enough space for a queen-sized bed. Thanks to the low sill, access to the boot is easy too.

Things up front are more comfortable though. Both seats are electrically adjustable with extendable under-thigh support. The dashboard is identical to the sedan, and equipment levels are similar too. The All-Terrain’s direct rival, the Volvo V90 Cross Country, has a longer list of features on offer though. 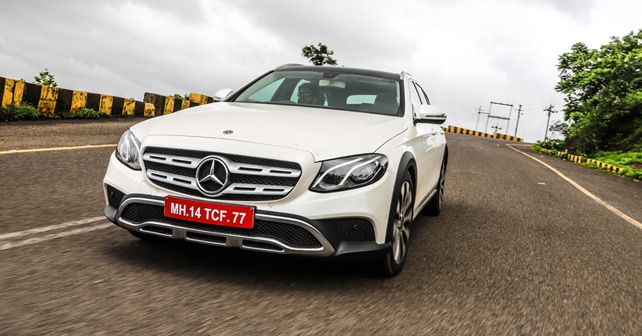 Powering the E-Class All-Terrain is the same 2.0-litre diesel motor of the sedan. In fact, at 192bhp and 400Nm, it makes exactly the same power and torque figures. The motor is refined, rather silent, and can comfortably cruise at high speeds. And while it performs the basic functions without giving you any reason to complain, it lacks the extra oomph that the car demands. Frankly, the fault doesn’t lie with the motor – it just has a larger and heavier vehicle to lug around. But never for a second think that it’s slow. In fact, it’s as quick to reach the 100km/h mark as any similar sized SUV. Globally, the E-Class All-Terrain also comes with the 254bhp, 3.0-litre turbo-diesel – a motor that should be better suited to its size. Mercedes has obviously decided against the idea of bringing in that trim in India, given the price tag it’ll carry.

The 9G-Tronic transmission that the car comes paired with shifts smoothly, but it does feel a bit lethargic when the car is pushed hard. Driving on steep uphill sections and some mountain roads, I found myself nudging the paddles for quicker shifts. Overall, in terms of the way the engine and gearbox feel, the E-Class All-Terrain won’t excite you, but it won leave you discontented either. 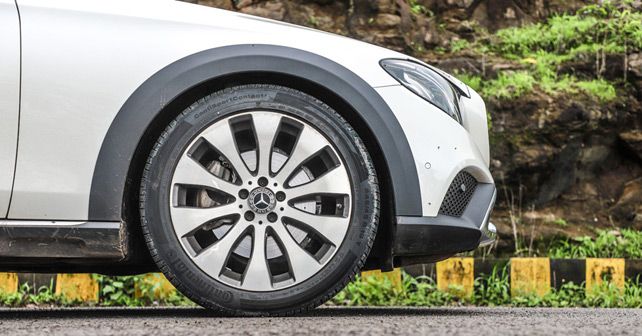 For a car of its size, the E-Class All-Terrain handles surprisingly well. While it does have air-suspension, it’s setup, unlike the sedan, is on the firmer side. Working jointly with the shorter wheelbase, it really makes the All-Terrain considerably more confident and fun around bends. Thanks to the 4Matic all-wheel drive system, grip on the tarmac is certainly sufficient. In dynamic mode, the steering weighs up nicely and the turn-in is quite satisfactory. While it’s more responsive than some of the other Mercedes offerings that we’ve driven, it still isn’t as communicative as the Jaguars, or even the BMWs for that matter. However, you don’t have to try hard to get the front to work and for the rear to step out. Switching to comfort does make the ride softer, but there’s still some harshness over really bad roads.

The All-Terrain tag refers, and rightly so, to the car’s ability to take on the rough stuff. Of course, with mediocre approach and departure angles you can’t expect it to perform the functions of a hardcore SUV, but it really can manage difficult trails rather well. Switching to the All-Terrain mode increases the ride height, making it impervious to large stones, but this higher ride height restricts speed to 35km/h. 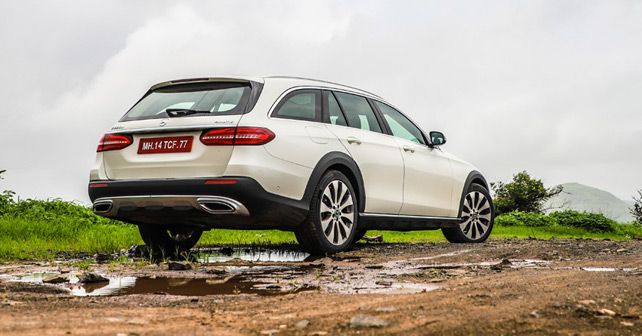 Estates have never done well in India. With that in mind, for Mercedes to bring the E-Class All-Terrain into the country is commendable. As for the car itself, it fills the gap between the E-Class and the GLE quite well. Space is in abundance, it handles better than any SUV, and it’s not shy when asked to explore some tricky terrain eighter. Above all, it’s a practical car. The E-Class All-Terrain, then, is a car for those who can appreciate the beauty that lies within. Like Confucius once said, “Everything has beauty, but not everyone sees it.”

X-Factor: The amount of practicality that the E-Class All-Terrain offers is enough for you to forgive it its looks.