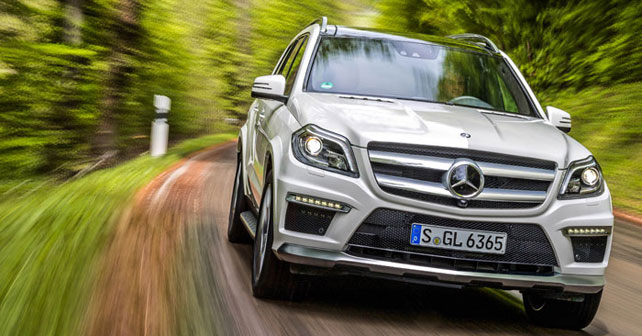 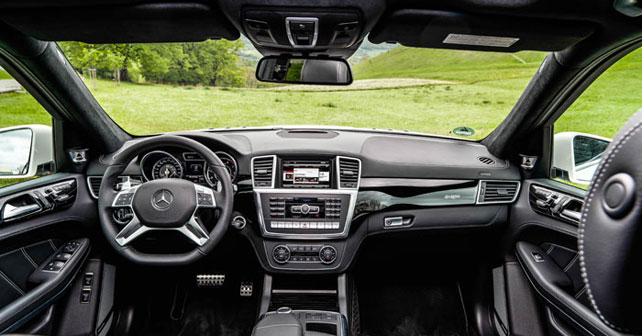 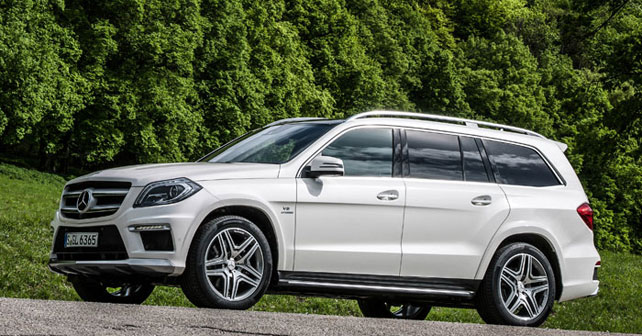 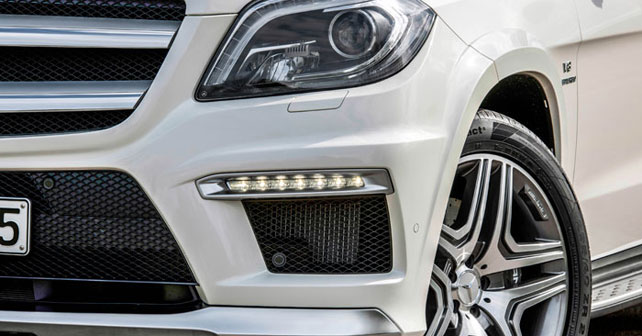 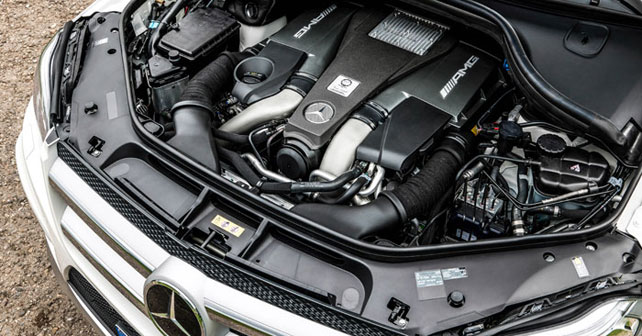 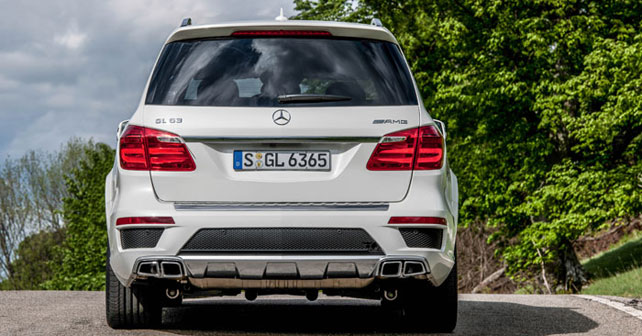 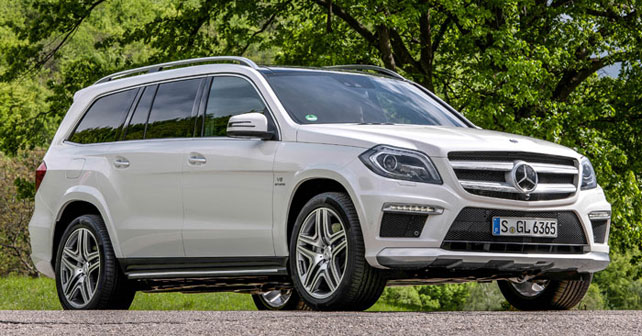 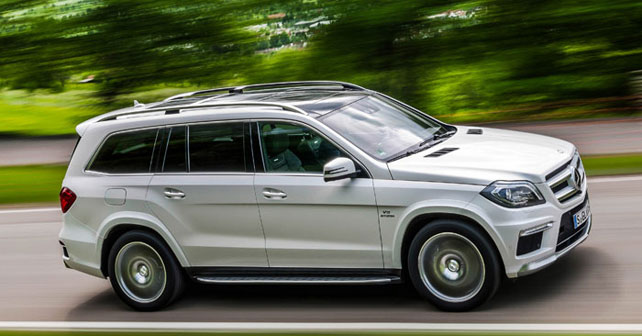 Mercedes has introduced an AMG version of their seven-seat luxury liner, the GL. We jump in the drivers seat to experience 2.6 tonnes accelerating to 100km/h in under 5 seconds!

If you think about it, the GL63 AMG makes a lot of sense. No, really!

You see, it’s an icon like no other. It is, after all, the longest serving passenger car in the history of Mercedes-Benz – having been introduced for the armed forces in the early 70’s, and then to the public in 1979. The Geländewagen, as it’s also known, is one of the most recognizable – and copied – shapes in ‘autodom’ (please don’t dare to make mention of the Tata Sumo). So, it makes perfect sense for Mercedes to take this once no-nonsense off-roader and give it the AMG treatment for road warriors everywhere. But the GL – the car in question – has no such lineage. So, what on earth is going on here?

Our first encounter with the redesigned GL was last year, when we paired a sliver GL 350CDI with a bright yellow Harley Davidson Fatboy – the common ground being that both are imposing machines. And, really, both are badass in their own way – which probably explains why the GL is one of the best selling premium SUV’s in the US. In truth, though, the Fatboy won hands down in the all-important badass stakes. So, how would you go about making the GL meaner still? 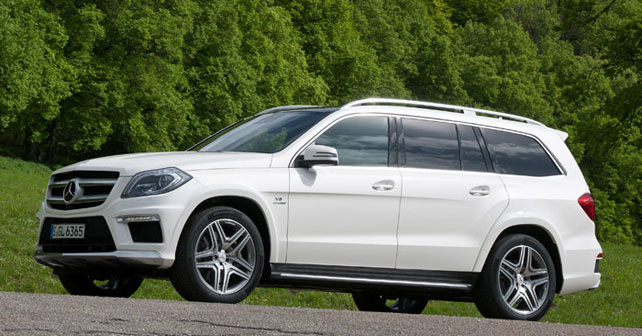 Well, before we get into the specifics, I want to remind you of another Merc that found favour at autoX recently – the E63 AMG. This car, in fact, caused me to ditch my long lost longing for the BMW M5 and switch camps to the three-pointed star. And, yes, that’s primarily because it is pretty badass. And what endows this four-door luxury sedan with a mean streak is its AMG-sourced 5.5 litre bi-turbo V8 that puts out 557 horses and 760Nm of torque. This engine is the very epitome of badass!

So, what Mercedes did was take this AMG motor and plonk it straight into the vast engine bay of the GL – job done! Where’s that Harley now?

In all honesty, though, it can be quite a surreal experience piloting this massive V8 powered land yacht. As you would expect, with a 5.5 litre concealed weapon, it certainly sounds like a proper AMG. But, the first time you come to a traffic light, you almost look around to spot the E63 that’s obviously burbling alongside – only to realize that the burble is, in fact, coming from under the hood of the very car that you’re seated in. But it takes just a fleeting glance at the GL 63 AMG to be struck by just how imposing it really is. This sense is accentuated by massive 21-inch rims, which have road-roller sized 295mm-wide rubber wrapped around them.

On the inside, the GL63 is as luxurious and indulgent as they come. The leather lined cabin may not shout ‘sports ute,’ but it’s lined with the finest wood and leather from end-to-end so as to ensure that your hand doesn’t accidently fall on a lesser surface. I have to say, though, that the biggest difference between the GL pre-and-post facelift has been the indulgent levels of comfort in the cabin. The current GL is a fantastic place to spend time in. But I truly believed that the GL 350 was all the SUV anyone would ever need. With 258bhp and 619Nm of torque, the GL has adequate grunt to get you out of town and on your way plenty fast. Naturally, it’s not the sportiest ride this side of an SLK, but it manages its girth fairly well and rides exceptionally. Well, it wasn’t enough – not nearly enough!

And you only realise that when you first step on the fast pedal in the GL 63. You get the sense that accelerating in the GL should have the same sense of occasion as you get in an Airbus A380 on take-off, but the GL 63 doesn’t really leave cause for alarm. It simply gets on with it. Yes, there’s a nice engine note – but, other than that, it just goes! And goes…

Well, there’s also a little bit more tyre noise than you would get in a regular GL – but that’s to be expected. The impressive thing is that the ride is still very good. And the body control is far better. This is a massive SUV that you can actually hustle around tight mountain roads. Obviously, you’re always aware of the 2.6 tonnes that are along for the ride – but it certainly doesn’t feel like the engine is at odds with the rest of the machine. You just get accustomed to the massive amounts of power on tap. You never take it for granted, but you do get used to it. And then you figure out that you can’t do without it.

That’s the problem with power. If power corrupts, and absolute power corrupts absolutely, then I’m in need for some absolution. I got into the GL wondering what the Mercedes engineers were thinking, but my thinking was appropriately altered by the brute force of 557 horses. This is the SUV you want if you need 7-seats, and the family dog needs to get to the vet at light speed. If I were to buy one, I would add the initials BA after GL 63 – for this is the new ‘King of Badass!’