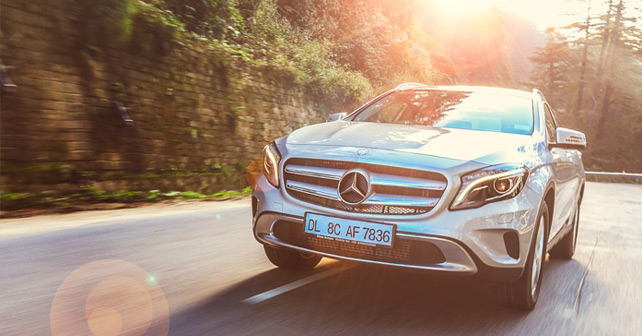 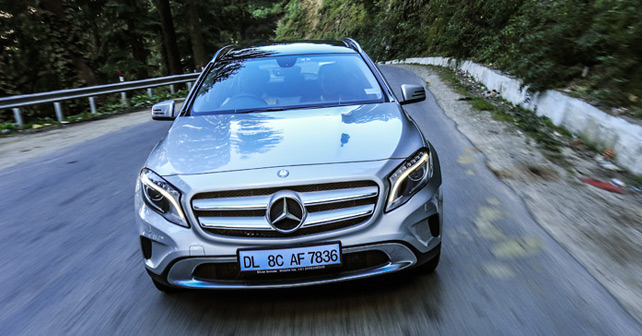 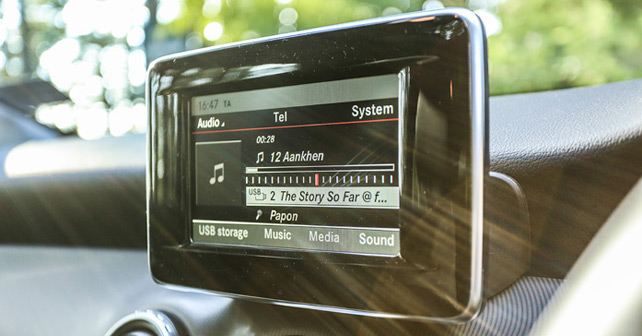 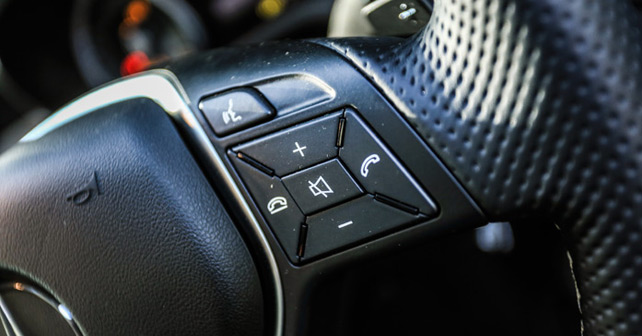 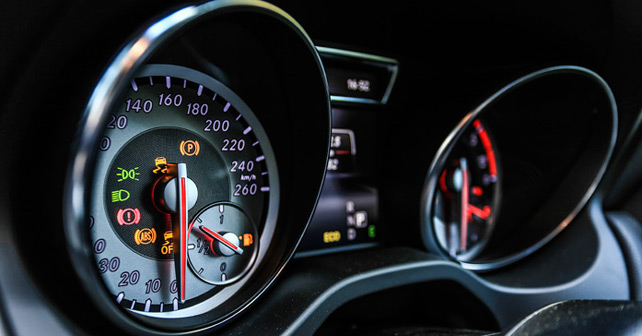 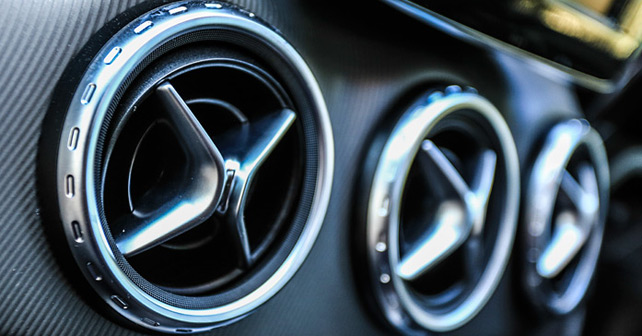 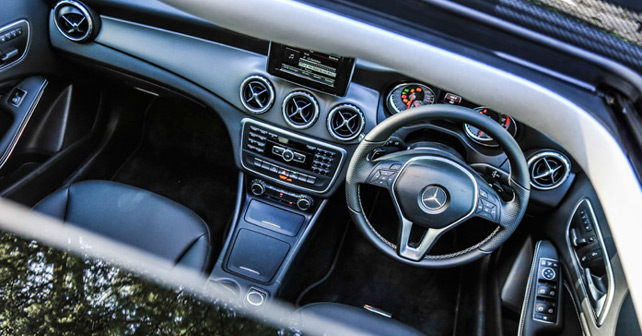 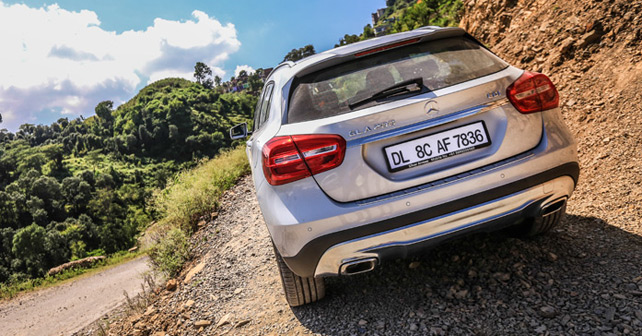 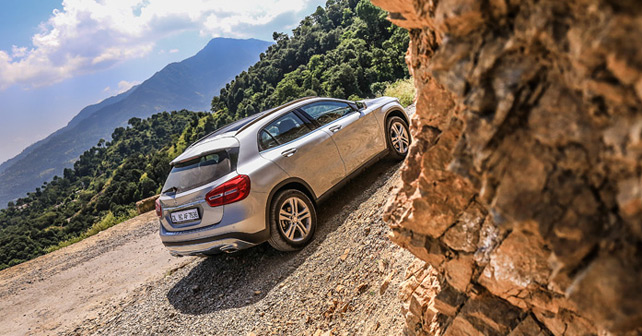 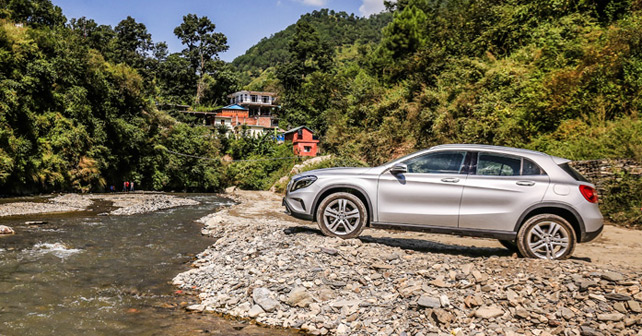 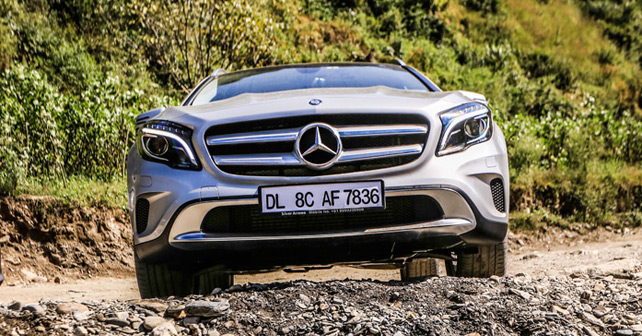 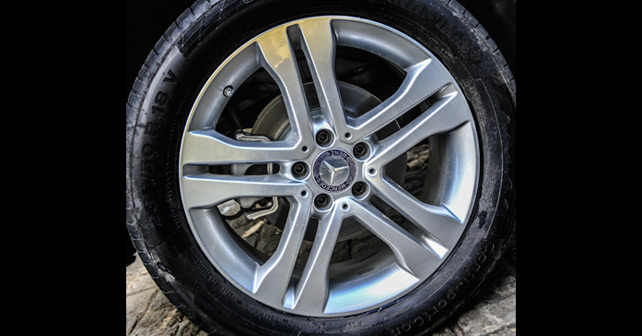 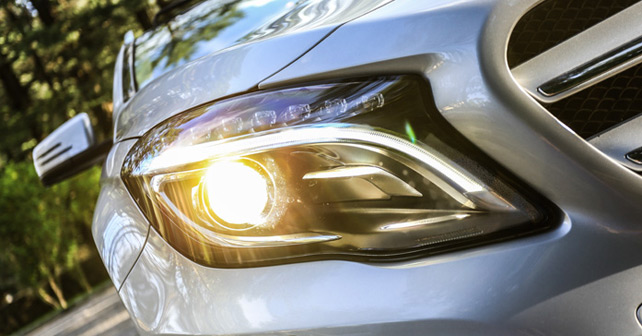 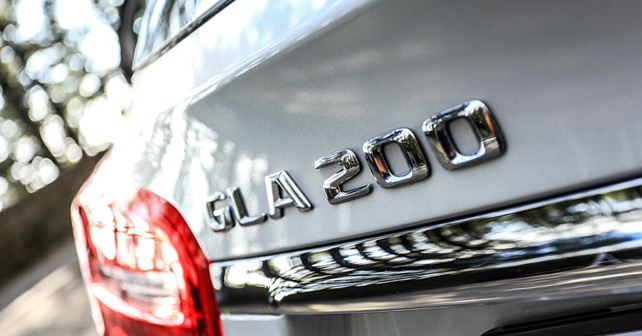 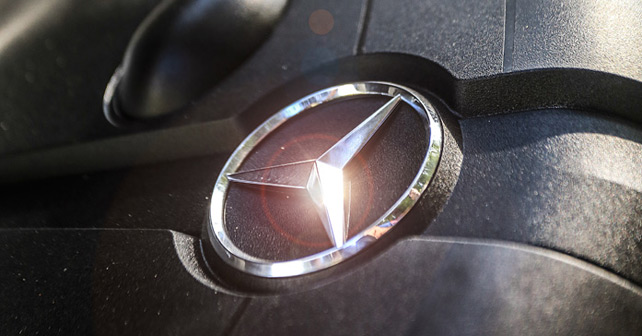 Mercedes India seeks to further strengthen its position in the Indian market with the launch of its first compact SUV. Here’s a report of the striking Mercedes-Benz GLA from around the hills of Shimla.

Over the past few years, the honchos at Mercedes-Benz India must have been cringing in annoyance at the sales success of luxury compact SUV’s in India – with both the BMW X1 and Audi Q3 bringing in significant volumes for their respective brands. But MB India had no answer, since the only small SUV in the Mercedes line-up globally was the GLK – and that wasn’t produced in right-hand drive.

What undoubtedly aggravated this agony was the fact that the compact SUV space has been one of the fastest growing areas in the Indian automotive market – a segment that consumers just can’t seem to get enough of. So, it comes as no surprise then that Mercedes-Benz India has put in every effort possible to introduce their new compact SUV – the Mercedes-Benz GLA – into the Indian market at the earliest.

However, despite the lack of a compact SUV, Mercedes has had a rather successful 2014 in India – with the face-lifted E-Class finding immense acceptance amongst consumers. It remains their single largest selling product. The new S-Class, meanwhile, is already sold out for 2014 – so the going has been good for the three-pointed star. With the Mercedes-Benz GLA, then, the company is looking to further strengthen their sales numbers. They’ll be hoping, in fact, that the Mercedes-Benz GLA can help reinstate them back to the coveted number one spot in the Indian luxury car market.

Visually, the Mercedes-Benz GLA offers a different perspective altogether compared to the other SUV’s of the brand – with looks that are more akin to a svelte crossover rather than a butch SUV. The styling has evolved from the A-Class – with which the Mercedes-Benz GLA shares its platform – but features much stronger lines that give it a lot of presence on the road. And it works quite well. The flared rear arches, along with the dominant front, give it a unique look that draws a lot of attention from passers-by. What helps matters further are the large 18-inch wheels – the largest in its segment – that definitely add to its presence and visual appeal.

The interiors, though, offer little change from the A-Class – and, frankly, it’s not the roomiest cabin around. So, while the Mercedes-Benz GLA does offer comfortable seating for four, it is an SUV that’s best suited to being self-driven. Rear seat space can be rather tight, especially as the sloping roofline reduces the amount of headroom available. The rest of the interior is typical Mercedes fare – offering a well laid out cabin, with a large centrally-mounted screen and a sporty steering wheel. What adds to the appeal of the interiors is the standard-fit panoramic sunroof, which gives the interior an airy feel. And Mercedes hasn’t compromised on the safety front either. The Mercedes-Benz GLA offers 7 airbags as standard – highlighting the company’s focus on passenger safety.

Initially, the Mercedes-Benz GLA will be available with two engine options – the 2.0-litre petrol and 2.2-litre diesel, which produce 181bhp and 134bhp respectively and an equal 300Nm of torque – mated to the ubiquitous 7G 7-speed dual-clutch transmission. The Mercedes-Benz GLA is currently available only as front-wheel drive however, with the 4MATIC all-wheel drive versions slated to be launched at a later date. Front-wheel drive is an interesting choice by the company, since the Mercedes-Benz GLA is touted as an SUV. Company executives pointed out, though, that the vast majority of their customers rarely take their SUV’s off-road, and so only a small percentage actually value the all-wheel drive option – especially on an entry-level product where other criteria like pricing and fuel efficiency take precedence.

We hit the road to Shimla from Chandigarh early in the morning in the diesel variant, and while it’s 134 horses mean that it does perform adequately it could clearly do with a bit more power – especially in the hills. It’s not exactly slow, but some added punch would certainly increase driving appeal. As is, it requires frequent downshifts – especially if you plan on doing any passing when going uphill. And when you’re giving it a bit of stick, you do get the sense that it could do with a little more sound deadening as well.

The petrol engine, on the other hand, is much faster and much more fun to throw around – with the front tyres scrabbling for traction when driven aggressively around corners. Throttle response and power delivery are assisted by the fact that peak torque arrives at a mere 1,200rpm. Of course, the higher output of the engine makes it far more fun to drive when compared to the workmanlike diesel. But, while the petrol engine is responsive, you do have to put the gearbox in manual mode to get the most out of the engine. In auto, the 7G DCT gearbox doesn’t respond as fast as you’d like. A new 9-speed box is expected soon, and that should be a big step up from this one.

The ride and handling setup, on the other hand, is spot-on. So, despite the large 18-inch wheels, the Mercedes-Benz GLA rides very well on our broken roads. Not only does it ride well at any speed, but it also demonstrates extremely good high-speed stability. What helps matters on our roads, of course, is the 183mm of ground clearance – which makes tackling bad roads and unmarked speed breakers a breeze. In fact, this is one of the reasons why the compact SUV space has really taken off in our market – and this Merc offers all the advantages of a vehicle with an increased ride height, but without affecting the dynamics at all. The handling is very good, with body-roll firmly in check. Moreover, the compact dimensions of the Mercedes-Benz GLA means that you can actually enjoy throwing it around and generally drive quite enthusiastically – especially on narrow mountainous stretches like our test route.

Overall, when compared to its direct competition, the Mercedes-Benz GLA offers an attractive combination of styling and high levels of equipment. The lack of space, however, will be a concern if you have a family that needs ferrying around.

The brand value of Mercedes is such, however, and the looks of this machine are so striking, that the Mercedes-Benz GLA should have the SUV-crazed Indian consumers lined up by the dozen outside their showrooms with checks in hand. It’s certainly a case of game-on between Audi, BMW, and Mercedes!