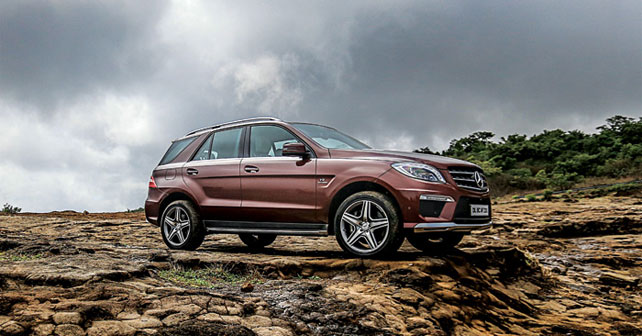 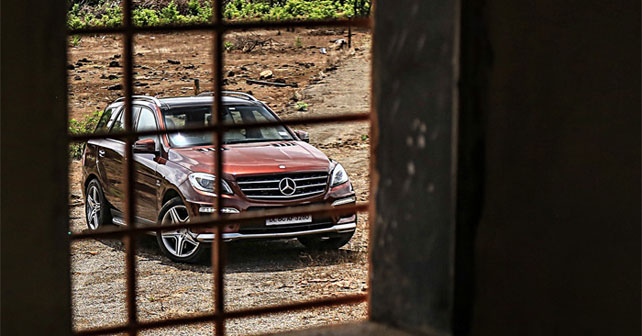 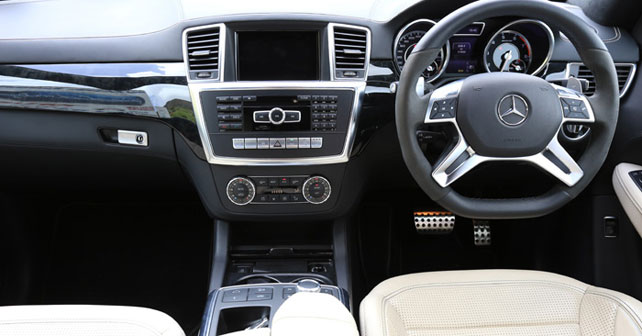 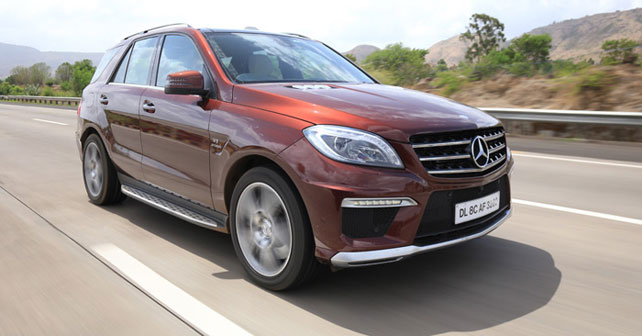 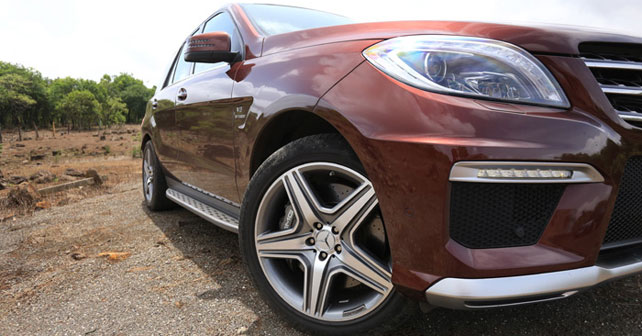 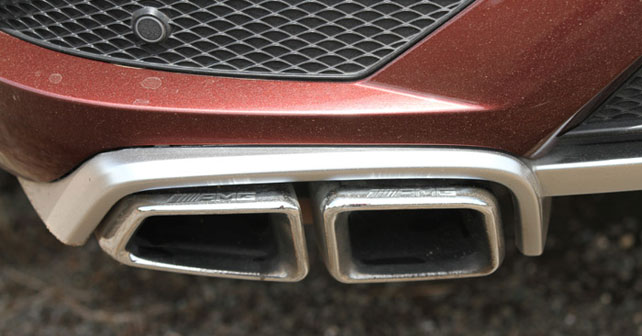 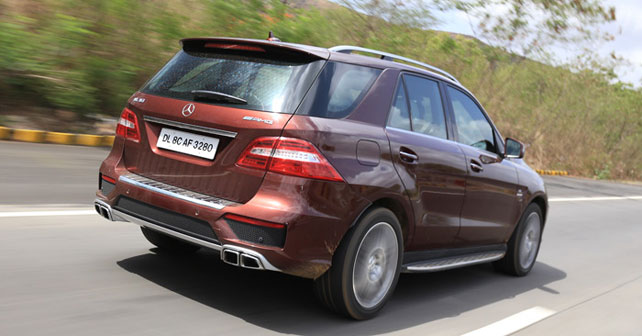 The current-gen ML has been a firm favourite of ours ever since its launch, but does it remain so in its bonkers 550bhp ML 63 AMG form? We do our Mercedes Benz ML 63 AMG to find out.

I distinctly remember the first time I got my hands on the current-gen Mercedes ML in 350 CDI form. Having extensively driven the last-gen, my first impression was that the new car is a massive step forward for the German giant. It has hugely improved interiors, the ride with the AIRMATIC air suspension is brilliant, and it’s the perfect size for our roads – not too big, nor too small – and it has enough room for 5 people to travel long distances in complete comfort. That was the 350 CDI, equipped with the 3-litre V6 diesel engine producing 255bhp and 620Nm of torque. In fact, I distinctly remember thinking that, for our road conditions, this was more than enough power for any SUV – providing adequate performance to maintain a quick pace in most road conditions. Honestly, I just didn’t think we needed an ML with twice the power. And I’m one of those who subscribes to the theory that there’s no such thing as too much power!

So, as luck would have it, I recently found myself starring this uber version of the ML in the face – the 550bhp jackhammer of an ML known as the 63 AMG. It features AMG’s famous 5.5-litre twin-turbocharged V8 no less. And while many of AMG’s models, which are based on regular production vehicles, don’t look too aggressive or in your face, the ML is a slightly different beast. Fitted with specially made AMG front wings that are 20mm wider than the regular version, the 63 comes with many visual additions – such as the bold ‘V8 Biturbo’ lettering on both front fenders, and the specially fitted Sport body kit with its aggressive bumpers and side sills. And just to make sure the looks are complete, there are also the massive 5-spoke 20-inch wheels fitted with humongous 265-section tyres all around. In addition, this ML also had a sports brake kit with vented and drilled brake discs, which helps this monster stop far much more urgently than the 350. And the final clue to ensure everyone realises that the car ahead of them is no ordinary ML are quad tail pipes to plainly reflect the nature of this wolf in (exploding) sheep’s clothing.

The sporty AMG theme also continues in the interiors of the ML 63. As you open the door, you’re greeted with prominent AMG lettering on the doorsills – which can also be lit up to ensure that no one misses this vital clue in the dark. And on virtually every surface, there’s a spattering of AMG badges – the front seat, in the instrument console, and on the steering wheel. Of course, as one would expect in a top-of-the-line Mercedes, almost all the surfaces of the interiors are swathed in top quality leather – giving it a very premium and plush feel.

Finally, it was time to wake the ML 63 from its slumber and head out onto the open road to get a taste of the burly V8’s performance for our Mercedes Benz ML 63 AMG – and I have to say that right from the process of starting it up, the engine is nothing but sensational. Of course, the first impression is the brutal noise of the V8. In fact, I think I won’t be too off in saying that AMG makes some of the most exotic sounding engines this side of Ferrari – and that’s to say nothing of the raw power that they deliver. And thanks to its all-wheel drive system, you can virtually use all of the power all of the time – the main restriction is that you tend to run out of road before the engine runs out of thrust. Sure, the 7-speed automatic gearbox is not the fastest in the world, but with this amount of power and torque available on demand, it really doesn’t matter – as the ML 63 is astonishingly fast in virtually any gear and at any speed. With its specially tuned sports suspension, the ML is actually a breeze to drive at high speeds – maintaining terrific straight-line stability even at insane speeds, and giving the driver a boost of confidence.

However, as one would expect, all is not well with the ML. The steering, while accurate and fast, isn’t too confidence inspiring due to a lack of feel. And you never really get rid of the overriding feeling of the sheer weight of the car. After all, let’s be clear, this is an SUV that weight over 2.3 tonnes – so when attempting to take fast, sharp corners the weight makes its presence felt. And despite the fancy suspension setup, you’re always aware that the centre or gravity is quite high.

But the larger problem is perhaps the niche appeal of a car like the ML 63. Sure, it has its positives with regards to the astounding amounts of power, all-weather usability, and opulent luxury – but all of this comes at a price of well over one-and-a-half crores. Moreover, the ML 63 isn’t quite as attractive when you factor in our road conditions – which limit its usability. So, as much as I like the ML 63 for the shouty, no-holds-barred monster that it is, if it were my money, I would happily plonk it down for an ML 350, CLA 45 AMG, and pocket the change.