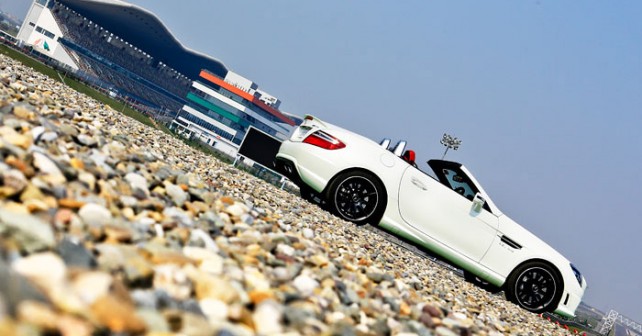 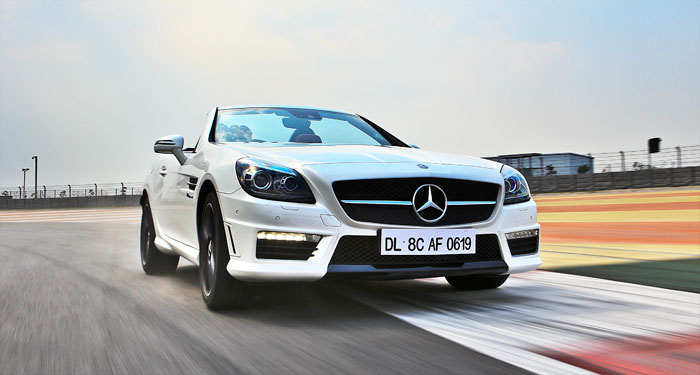 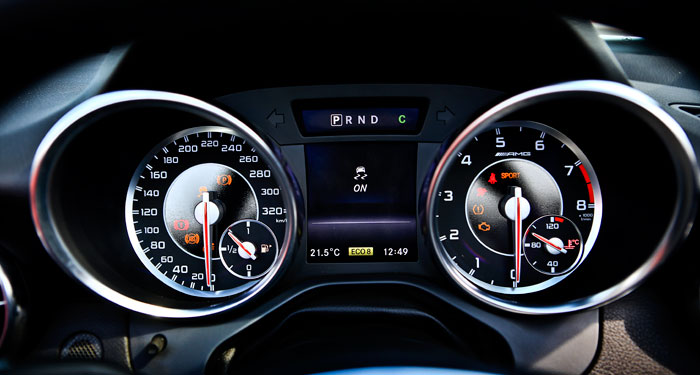 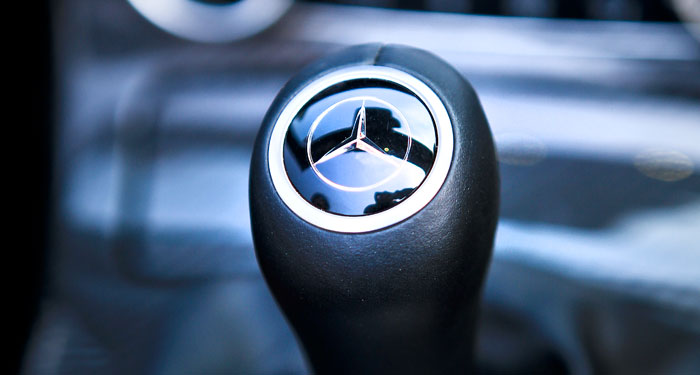 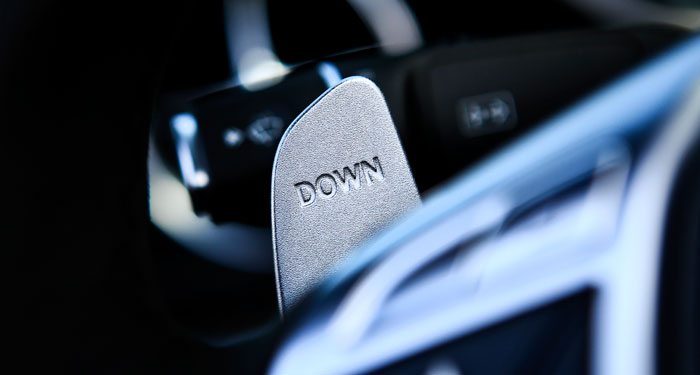 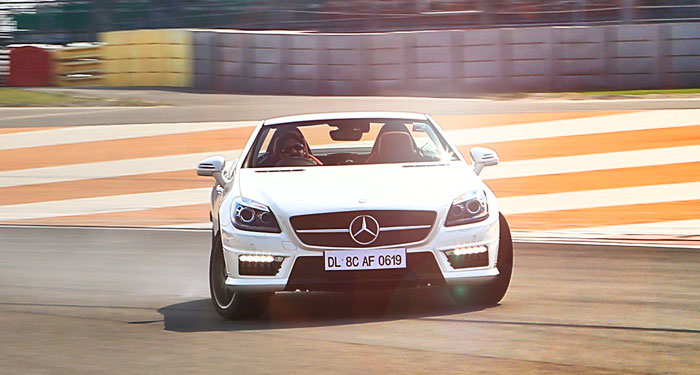 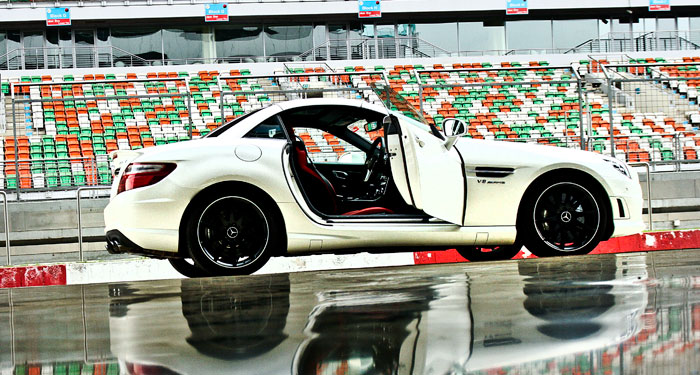 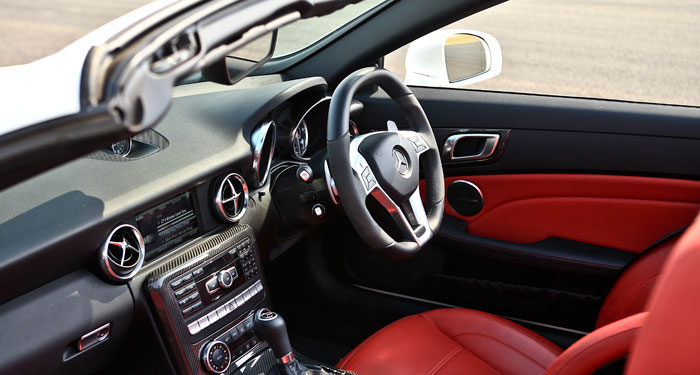 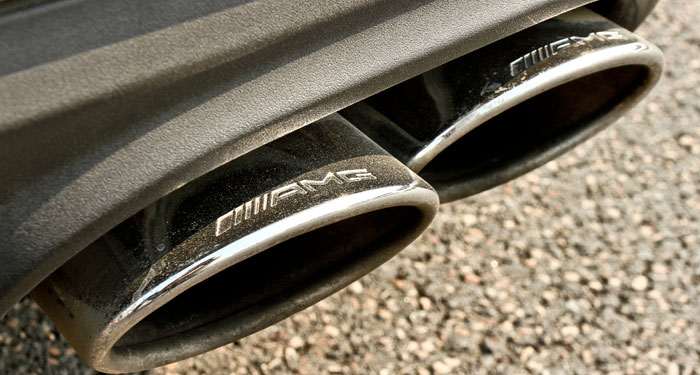 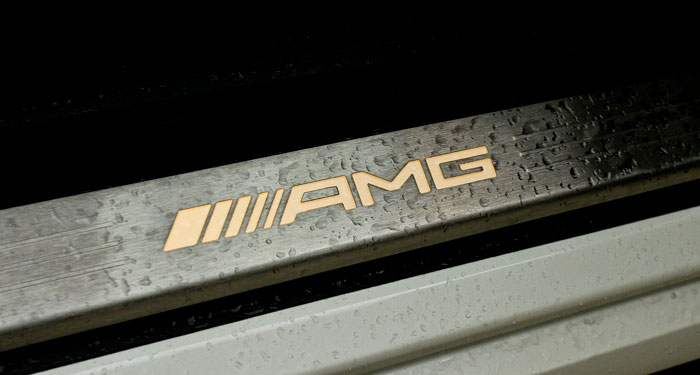 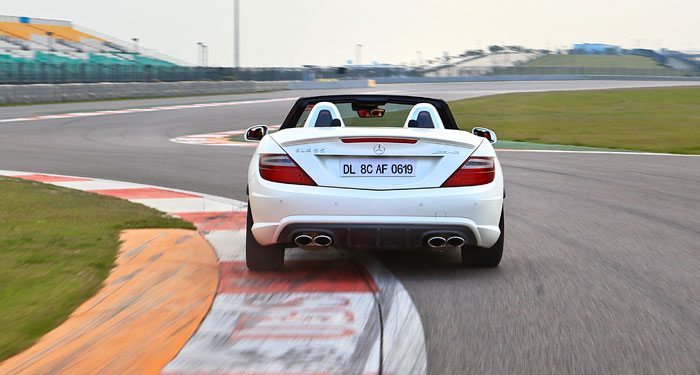 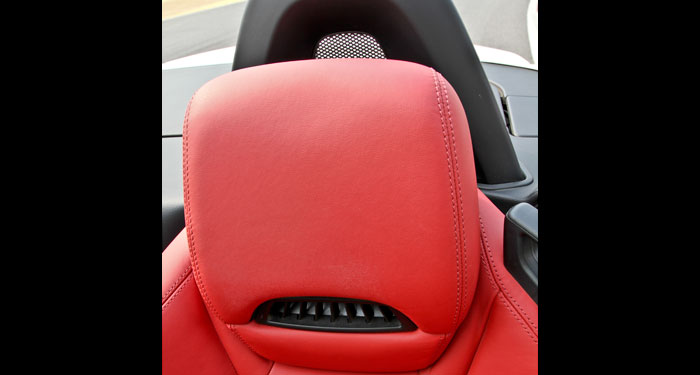 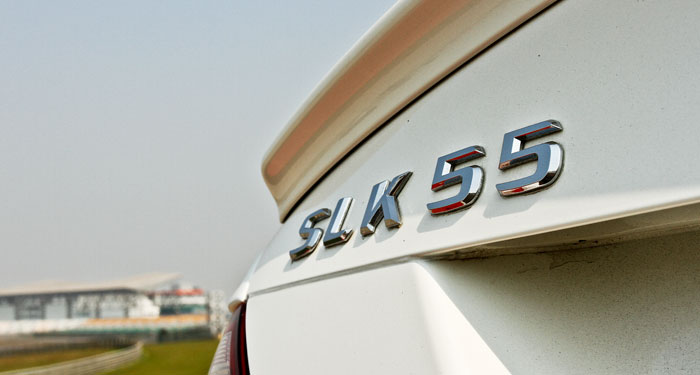 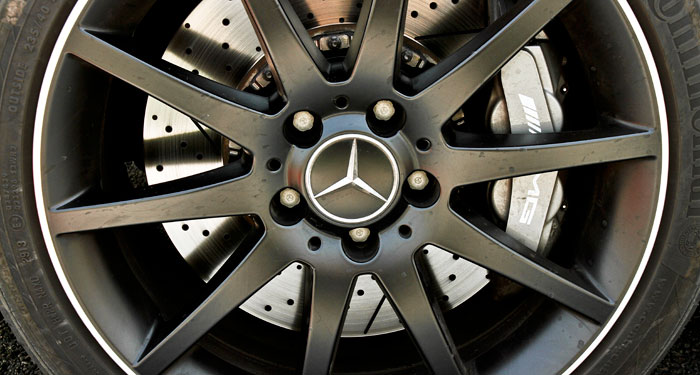 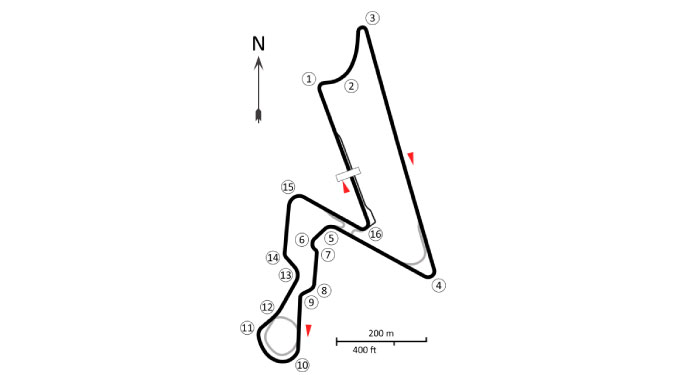 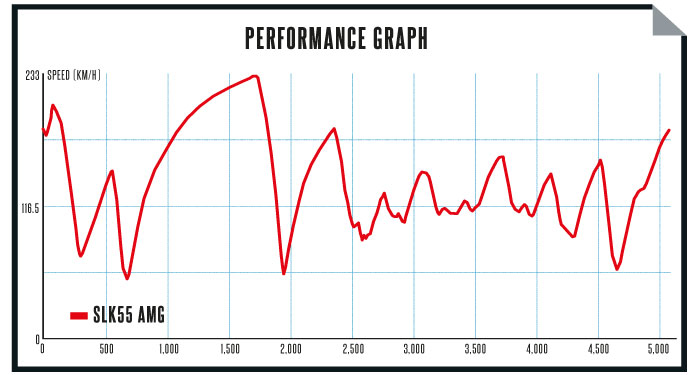 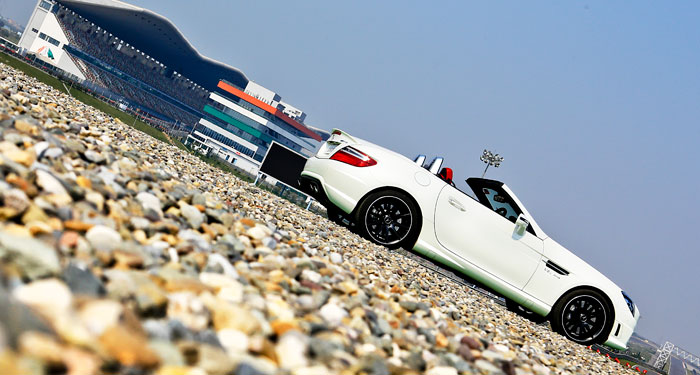 Last month, we fell head-over-heels for the Mercedes-Benz E63 AMG. So, this month, we brought the SLK 55 AMG to the BIC to find out if this manic sports car can find a place in our hearts as well.

ast month, I was torn between the BMW M5 – which has been a long time favourite – and the Mercedes-Benz E63 AMG. Eventually, the happy – nay, naughty – nature of the Merc tilted the scales in its favour. At the time, I also said that these brawny sedans were my favourite type of machines. I lied!

While boardroom bruisers like the E63 and M5 offer the best of both worlds, it’s sports cars like the SLK 55 that really amplify the act of driving. You see, no matter how well engineered the respective chassis of the E63 and M5 are, and however explosive their engines may be, they have an inherent weight disadvantage to the likes of a pure sports car like the SLK. And, frankly, weight is the arch-enemy of performance.

That being said, the SLK has never really been considered a pure sports car. It’s been revolutionary yes – in that, for all practical purposes, it’s brought the folding hard top to the market – but it’s never really sold itself as a drivers’ car. But that could be about to change. Yes, the first gen SLK was more of a posers car, and even the second gen looked a little dainty, but this one looks completely in-your-face and uncompromising.

This particular car is powered by a 5.5-litre naturally aspirated, direct injection V8, which is essentially the same engine as the one in the E63 – minus the twin-turbos that is! And while this hand crafted monster motor produces 557bhp in the E63, it makes a not inconsiderable 416 horses and 540Nm of torque in the SLK. What that translates to, when rubber meets the road, is a 0-100km/h time of 4.6 seconds. And while acceleration isn’t quite as strong as the E63, which is four-tenths quicker to the ton, it’s still pretty impressive any way you look at it. It’s just that, on the road, the SLK doesn’t feel quite as explosive as the numbers suggest. You really have to bring the car to the track to truly explore the performance envelope of this sports car. But the SLK obliges, and then some, when you unleash the might of this AMG on the track.

The first thing that strikes you is the neutral balance of the chassis. You can simply hurl this two-seater sports car into corners as if you’re dutifully responding to a death wish, but there’s simply no drama in the outcome. This certainly isn’t an AMG with a mean streak, which is not to say that it’s not fast! It may have a 141 horsepower disadvantage over the E63, which leads to a top speed deficit of 12km/h at the end of the back straight, but the SLK still laps the BIC a full 2 seconds quicker than its bigger brother. And that’s simply because you can take liberties with the SLK that would be near fatal in the four-door machine with a heart from Affalterbach.

The rack-and-pinion steering operates with pinpoint precision, and responds with equal parts of feel and accuracy – which is rare in an age of electronic steering systems. There’s no body roll whatsoever, grip levels are pretty good, and the brakes aren’t bad either – although the weight of that big fiery lump of metal under the hood means that they do overheat after a few laps. The only Achilles heel in this AMG – as in any other AMG in fact – is the 7-speed transmission. It’s not the dual-clutch unit that was in the E63, but it responds in much the same way – which is to say that it struggles to keep up with the urgency of the engine at times. It only takes one or two visits to the redline to learn to compensate for it via the paddles though.

The SLK even has a fairly lenient traction control system if you choose the ‘Sport’ setting. It allows for a little bit of slip before cutting in to keep you going in the right direction. But, really, the fun is actually had when you turn it off completely – enabling this brilliant chassis to show you just how much joy is engineered into it. There’s a hint of understeer at the limit, but all you have to do is tap the throttle pedal to obliterate it in a cloud of tyre smoke. It was spotting with rain when we tested the SLK, but even on a damp track the SLK gives you enough confidence to push to the limit and beyond.

In addition its bag of go-faster tricks, this car also has a lot of other clever technology as well. It has active cylinder management to deactivate four cylinders, of the eight, while you’re on the move to aid efficiency. In the cabin, it has an interesting option called ‘Magic Sky Control’ – good name, don’t you think? You see, the roof has particles within the glass that align when an electrical current is applied to it, blocking light. And these particles scatter at the press of a button, allowing light to pass though. And while this sci-fi tech ought to render all the other options on this car as something from the Stone Age, the piece de resistance is still the folding roof.

There are some drawbacks, however. For instance, with the roof stowed, you’d be hard pressed to fit a loaf of bread in the boot. In fact, it better not be a baguette! For everyday use, the SLK 55 is overly stiff and just too impractical. And while the cabin feels like its milled from a single piece of aluminium, it’s just not as special as that of a Jag F-Type for instance.

So, all things considered, I would have the E63 for everyday use and the SLK for weekend track duty – the F-Type V8S was just a tad too scary at the limit. Okay that may be an implausible garage (owing to budgetary restrictions), but it is my fantasy. And who knows, Mercedes India may just be overcome by a wave of generosity!