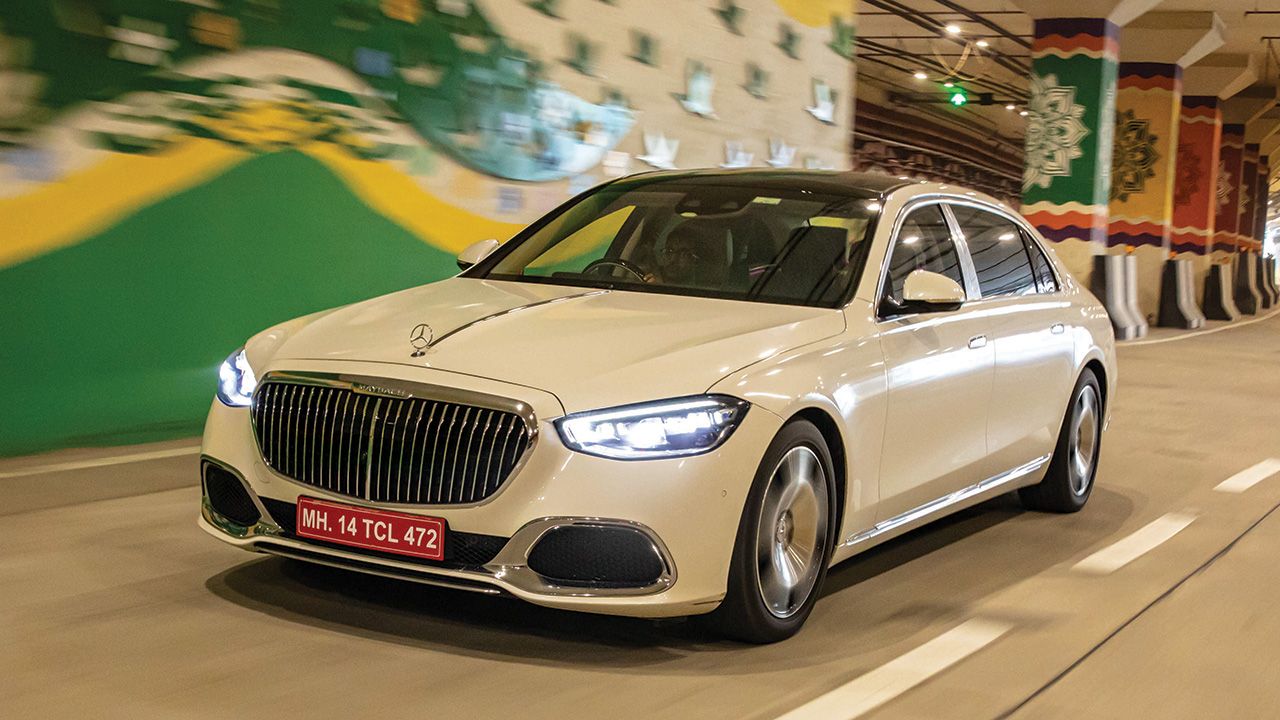 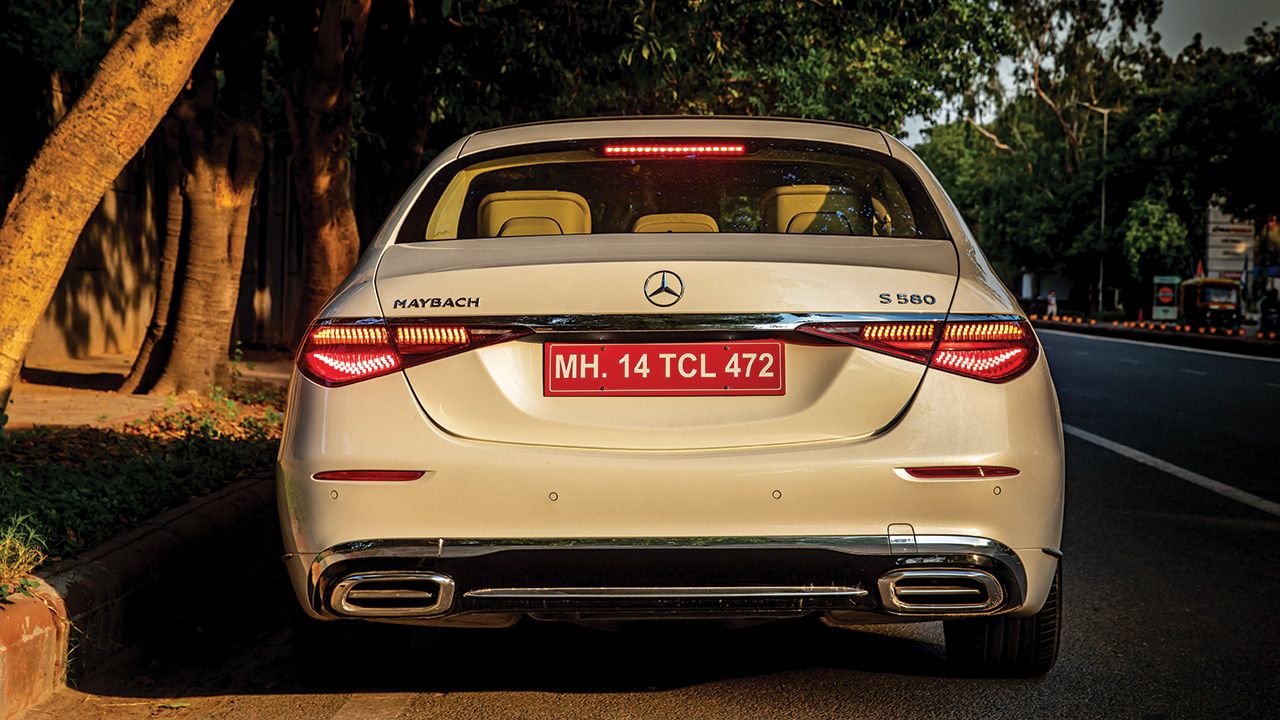 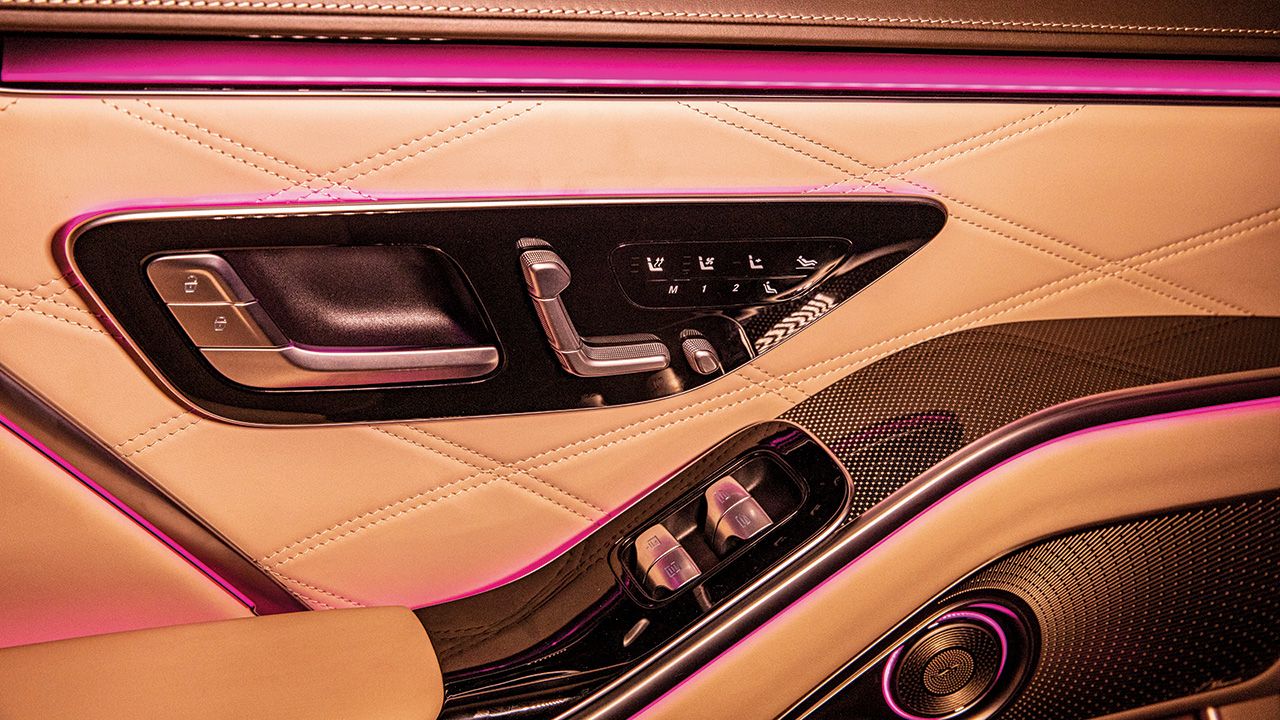 The Maybach S 580 costs a lot more than the S-Class it is based on. So, are you being short-changed, or is there something more to it?

Frankly, it’s pointless. No one wealthy enough to actually buy a Maybach has the time to skim through these words to find out whether they should or shouldn’t. Besides, people who buy Maybachs don’t read magazines, they’re in magazines. But for the sake of consumer advice and journalism it is my duty to tell you what the new Mercedes-Maybach S 580 is all about, so here goes.

I’ll start with the cabin because most of that premium of about ₹90 lakh the Maybach demands over the ‘regular’ S-Class has gone into making the interior an even more special space to be in. Case in point, the use of leather pretty much everywhere – and I’m not just talking about the regular stuff, like the top of the dashboard or the seatbacks, I am talking about everything. The C-pillar? Leather-wrapped. Headliner? Soft suede, sun shades included. The cavity behind the rear seats when they’re not reclined? You guessed it – it’s leather. 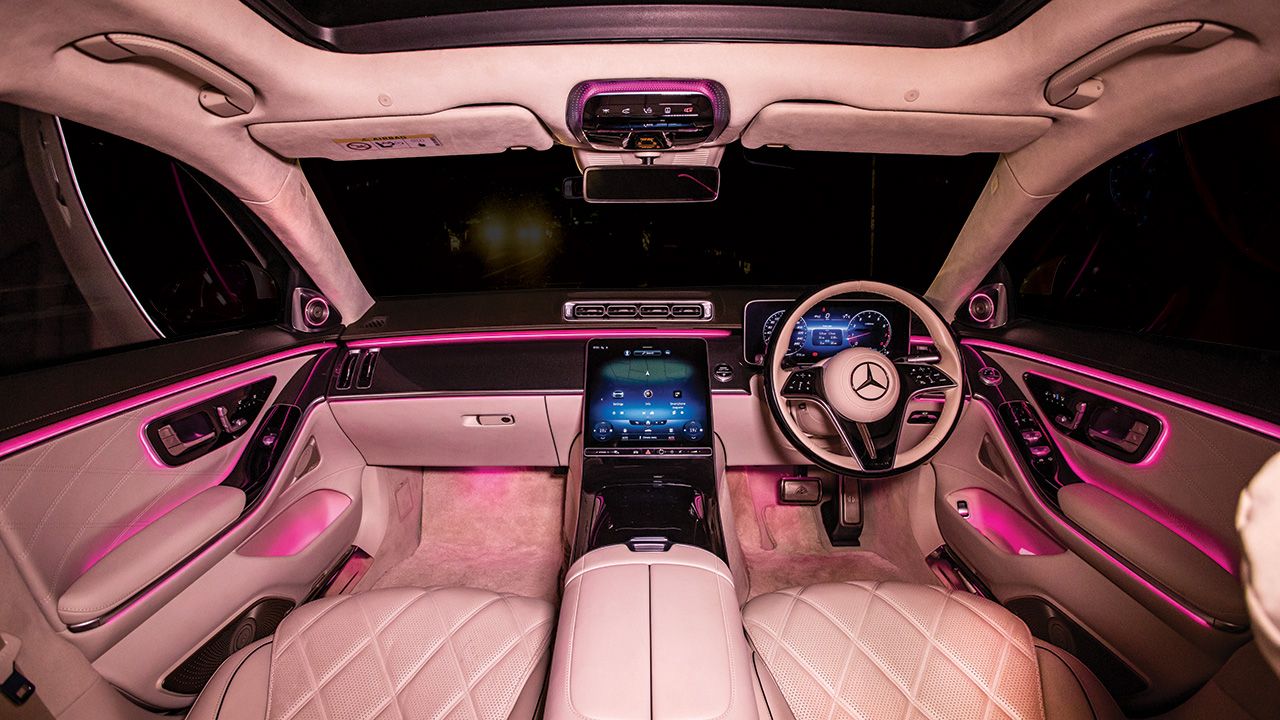 There’s almost nothing in this cabin that you can point to and say, ‘hmm, that could’ve felt nicer,’ except the MBUX tablet, but we’ll get to that in a bit. And while you’re inside, you won’t feel the need for more space either, owing to the fact that the Maybach’s wheelbase is 180mm longer than even the long-wheelbase S. To fully experience the benefit of this added real estate, hop into the rear (left) seat, press the recline button, and watch the magic happen. What follows is a beautiful, albeit slow, dance of motors, metal, and leather as the front passenger seat whirrs out of the way and the entertainment screen mounted on it constantly adjusts to make sure you never miss that newsflash. Simultaneously, your seat reclines and the calf rest extends, and voila! If you have a fear of flying, this is as close as you can get to cruising in a private jet. 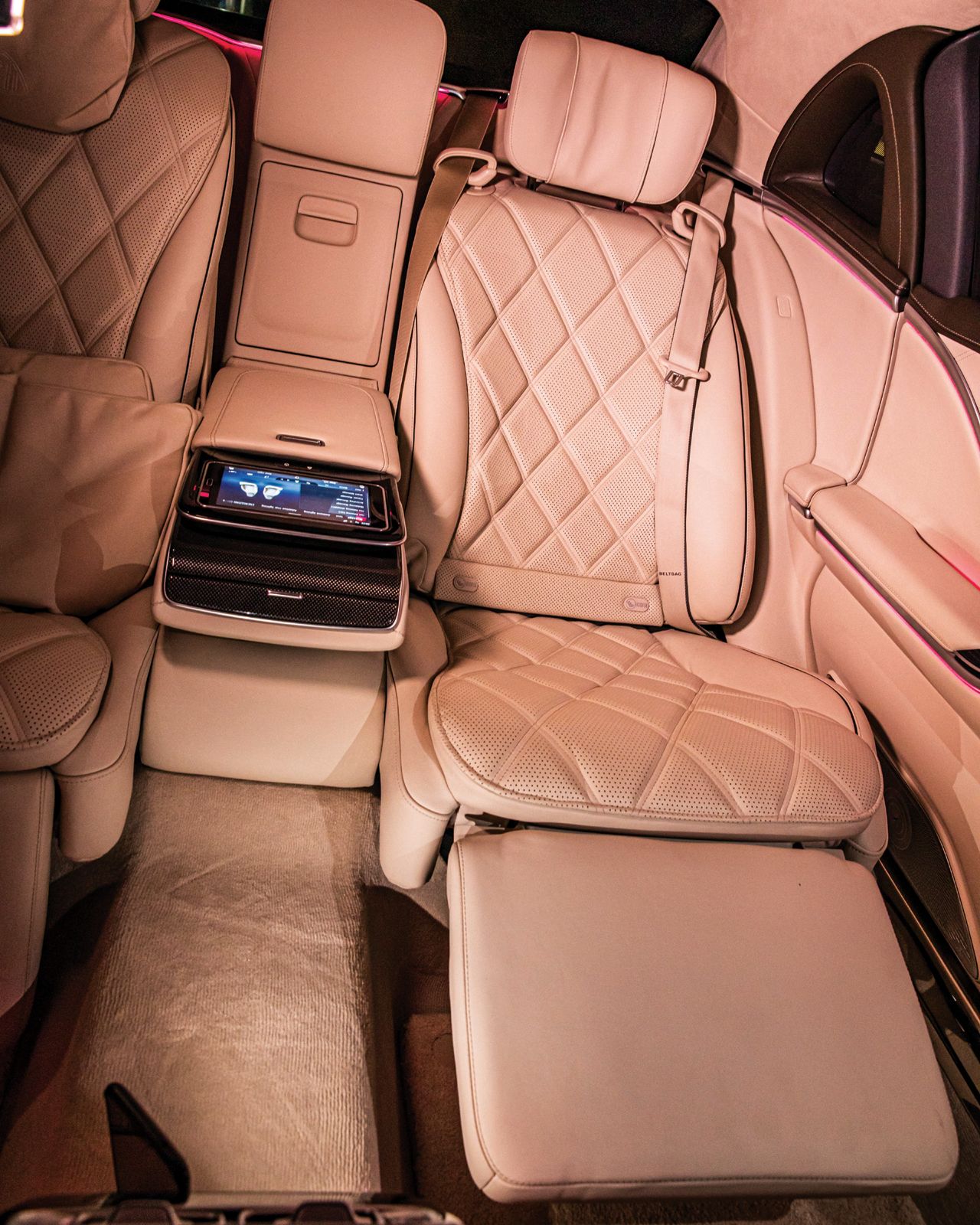 Okay, so you’re nice and comfy in the back, with your head resting on that impossibly soft pillow. The next logical thing to do now is to play with some of the gizmos in the cabin. First, there’s the MBUX tablet I mentioned earlier. MBUX obviously being the code for Samsung Galaxy because all it takes is one look to figure out its origins. The functionality it offers is great. You can control almost all of the car’s features with it, including the massage settings, window shades, changing colours of the 253 LEDs lighting up every surface of the interior, setting a route on the maps and on and on and on. The problem with the tablet isn’t its function but its form. It’s made of cheap, hard plastic and feels light in the hand. Not to mention that the screen looks dated with those thick bezels. It sticks out like a sore thumb in an otherwise seven-star cabin. I’ve said this before, and I’m going to say it again, it’s about time Mercedes-Benz got a bespoke ultra-high-end tablet for its most expensive cars. 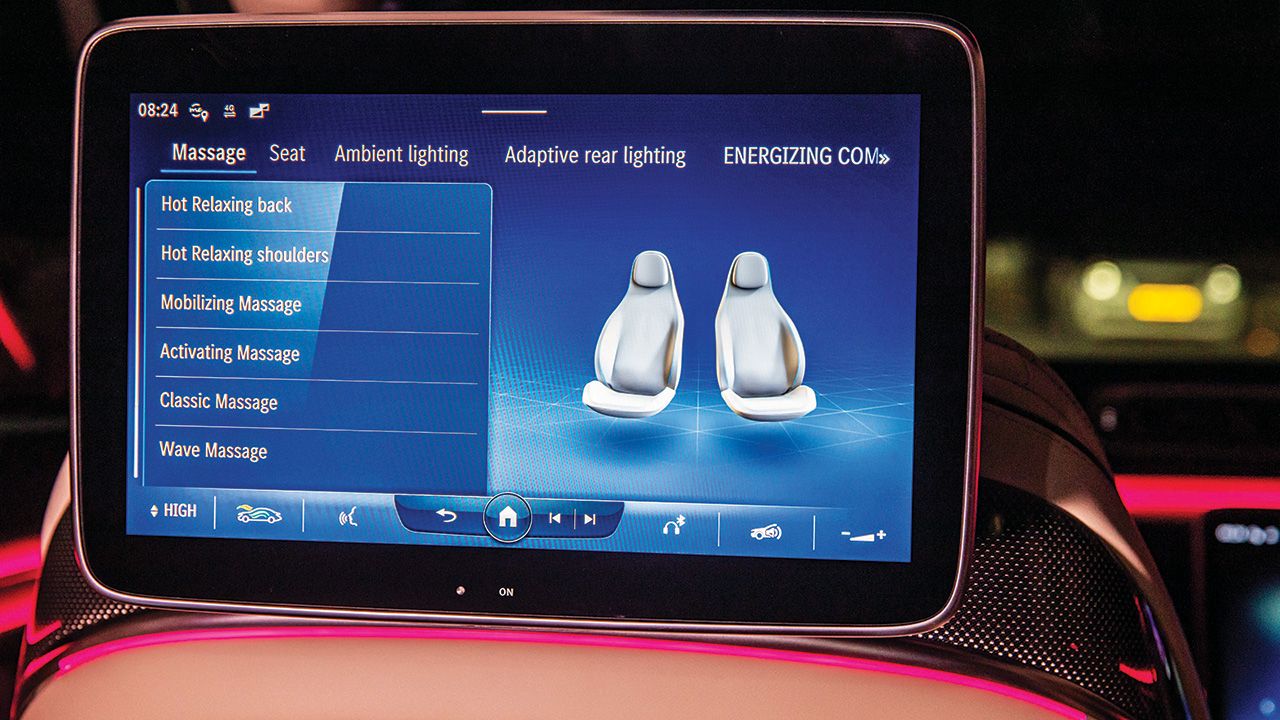 The rest of the tech is spot-on though. The MBUX wizardry is similar to the S so I won’t go into that, but there are a few standouts. For example, the interior lights are automatic, so if you reach your hand to look for something on the floor, the lights will come on automatically. What you don’t need to reach out for though, are the doors. New on the Maybach is the automatic rear doors, which can be opened at the press of a button (by the rear passengers, or via the MBUX screen up front) and can be closed by a gesture Mercedes refers to as the ‘Royal Wave’. It’s a bit gimmicky and almost never works on the first try but when it does, the ooohs and aaahs from the red carpet are almost audible. 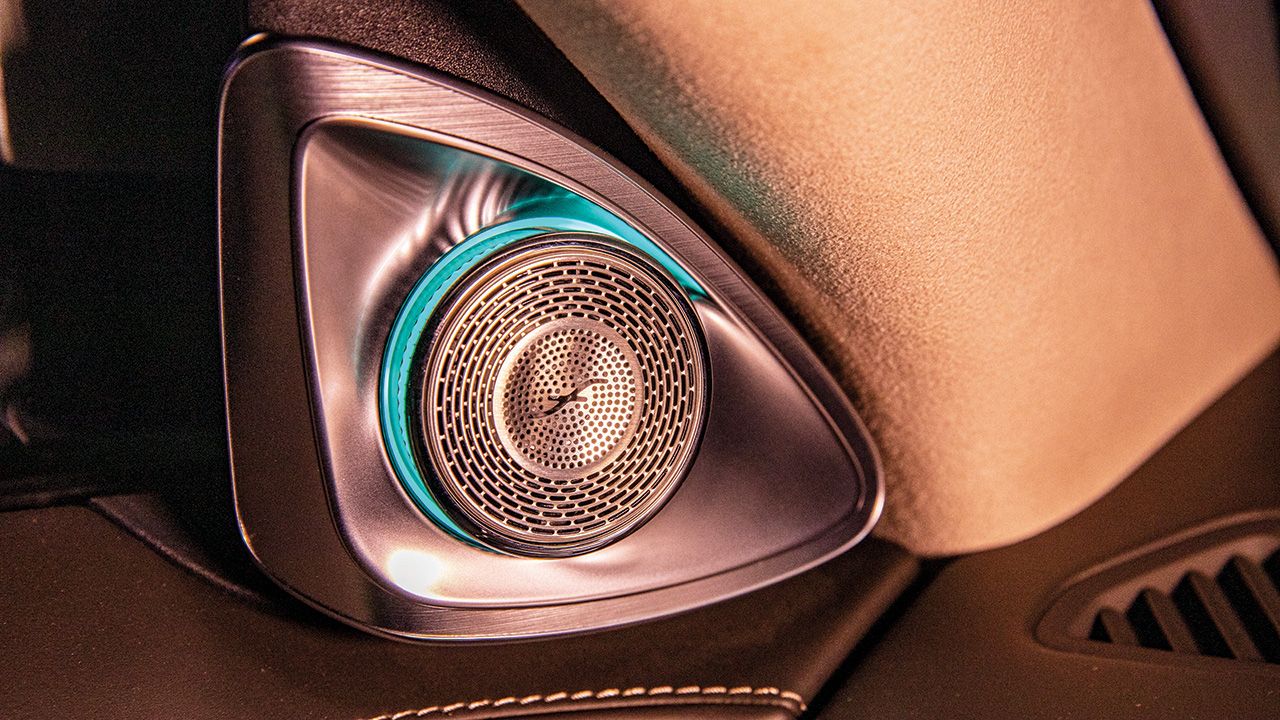 I say almost because, thanks to noise cancellation, you can hear pretty much none of the outside world, allowing the Burmester 4D sound system to take centre stage. The system, comprising 31 speakers and eight exciters, is the best in the business. Its bass can shake your martini, highs can sizzle your steak and mids are clearer than spring water.

There’s so much more I’d like to tell you about the Maybach. How the ride quality is impeccable, how the 4.0-litre bi-turbo V8 makes this house-sized limo surge forward without effort, how the Maybach can cocoon you from the outside world and all of its noise, all of its stress and all of its troubles. In here, all you see is the attention to detail, all you feel is opulence, all you smell is quality, and all you can hear is the sound of your new number one hit, thumping through those Burmester speakers. What I can tell you is that if you are reading these words and have got the money, the Maybach is what you should spend it on. 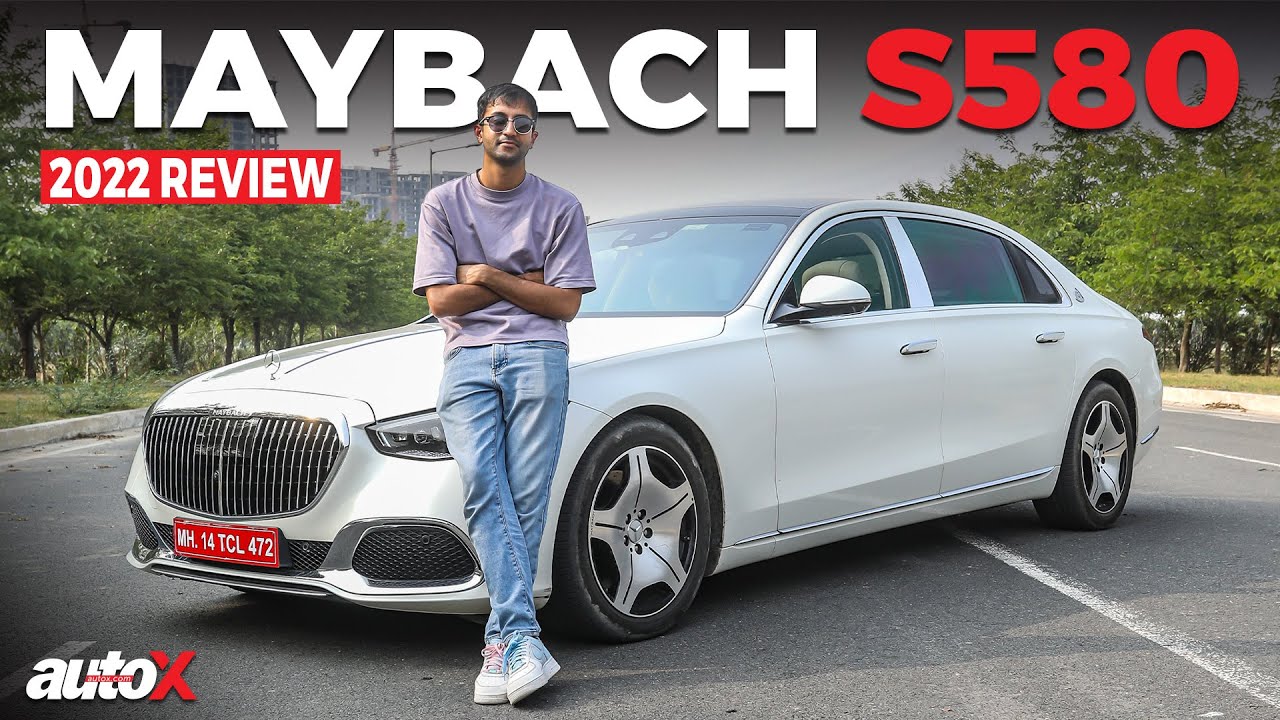 X-Factor: Luxury, technology, opulence, power and presence – the Maybach S 580 has everything going for it.