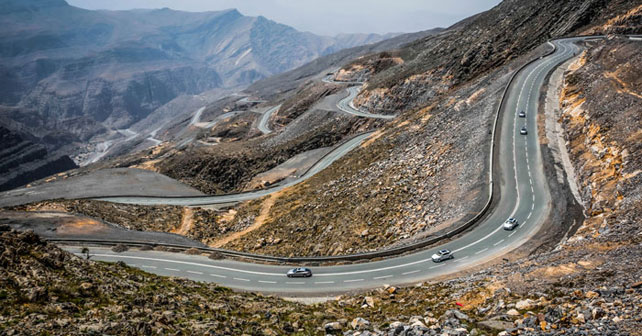 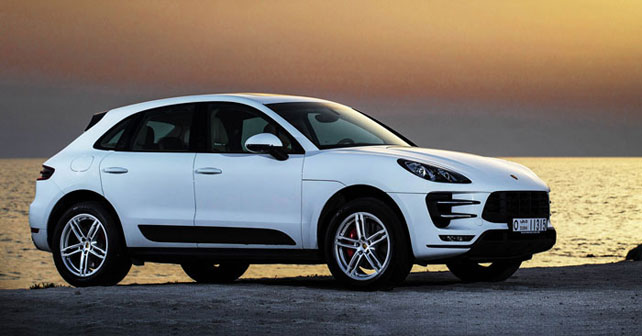 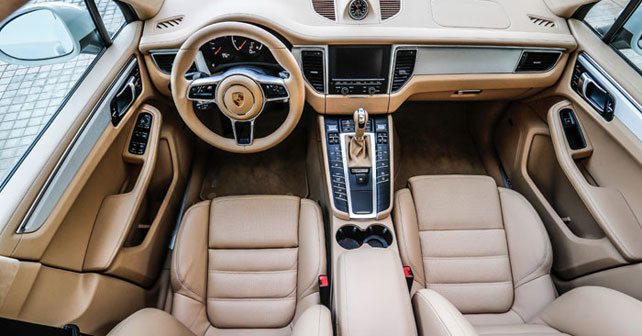 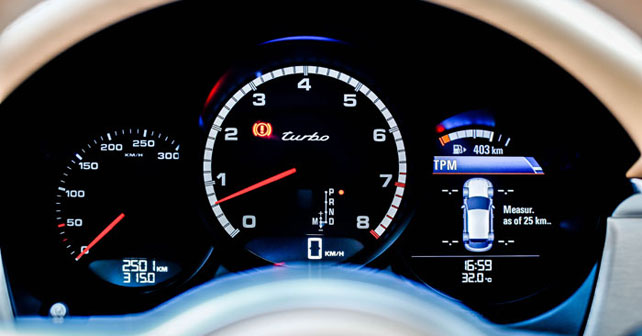 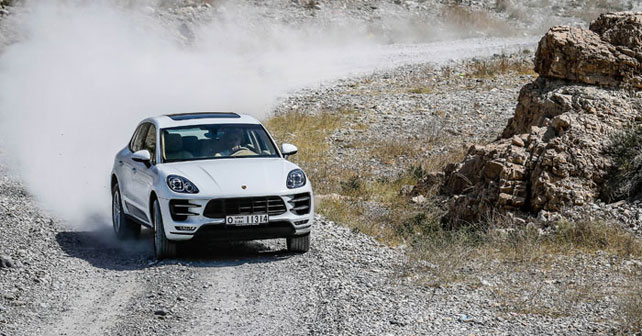 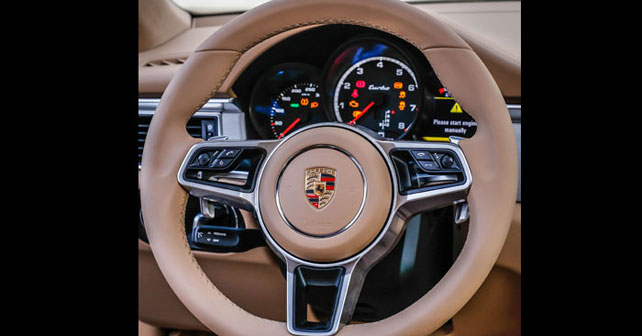 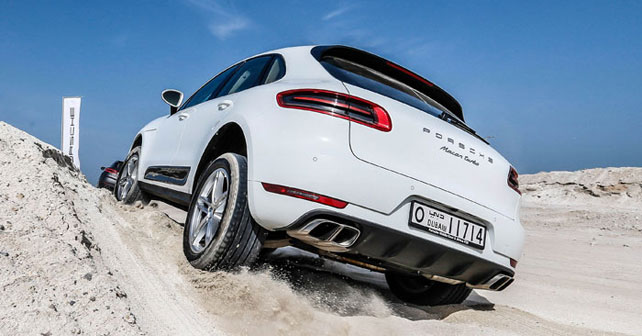 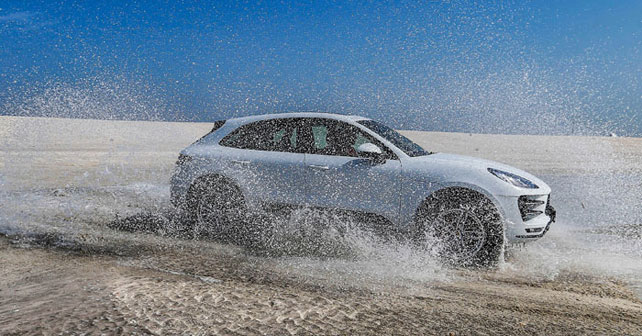 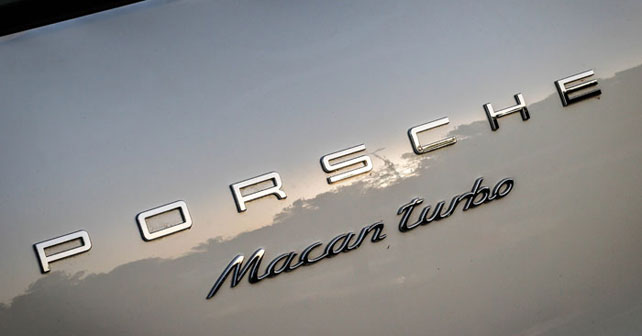 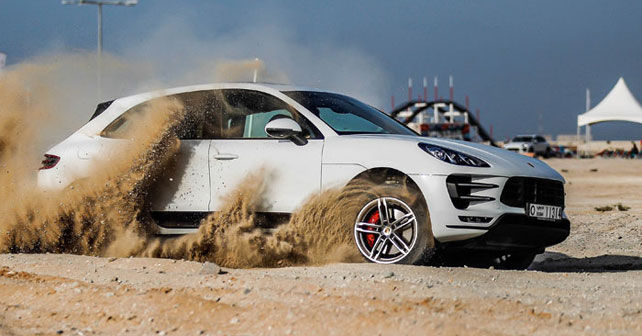 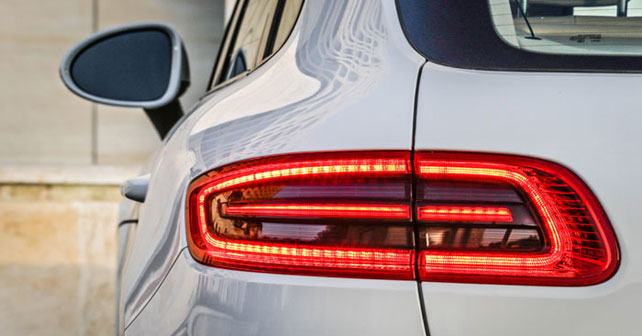 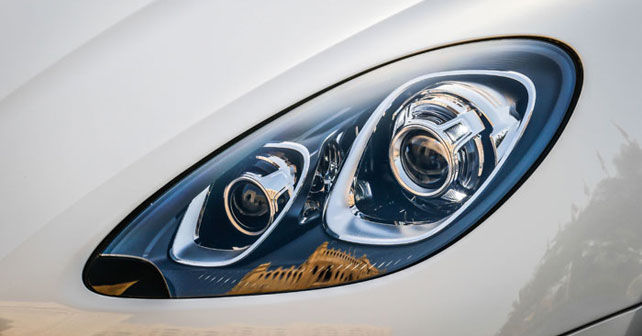 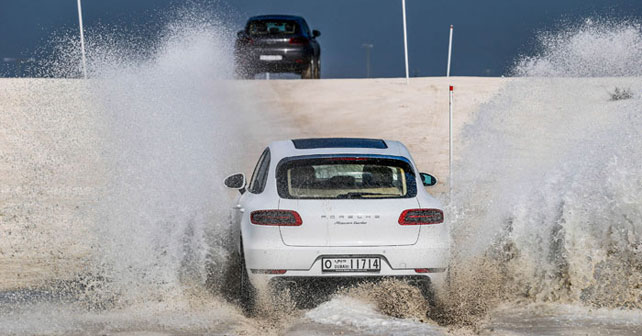 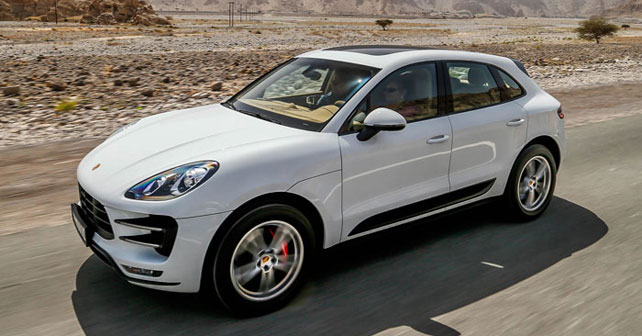 Porsche claims to have created the first sports car that just happens to fit into the compact SUV space with the Porsche Macan. But is that just marketing speak, or can it really be?

When Porsche launched the Cayenne, there was an uproar. In this case, though, the question being asked wasn’t, ‘how could you?’ It was, ‘what took you so long?’ You see, the Cayenne virtually singlehandedly changed Porsche’s fortunes. In the early 90’s, the legendary sports car maker was seemingly on its last legs. But, then came the 993 – the last of the air-cooled 911’s, and one of the top-three cars in my fantasy garage – and things started looking up once again. But it wasn’t until the arrival of the Boxster, which widened their customer base, did Porsche’s accountants heave a sigh of relief. And it showed them the importance of diversification.

So, in 2002, the Cayenne made its debut – and no matter how many comparisons Porsche PR and marketing execs drew with the Dakar winning 959, Porsche purists cried foul. Actually, they yelled bloody blue murder!

It just goes to show how much that lot knows (I say as I introspect), since the Cayenne went on to become the most successful Porsche in history – making the Stuttgart-based manufacturer one of the most profitable automakers in the world. So much so that Porsche almost took over the behemoth that is Volkswagen. Of course, this incensed VW so much that – in a strange twist of fate – it now controls Porsche.

But, naturally, that has its advantages. It gave Porsche access to the Audi Q5 platform, enabling it to enter the fastest growing segment in the automotive world today – that of the compact SUV! This year, this segment globally will expand to 1.3 million units – and it’s expected to grow by over 3% per year for the next decade. So, clearly, it’s an important space in which to have a presence.

And so Porsche has invested half-a-billion Euros at its Leipzig production facility to produce its new blue-eyed boy – the Macan. But Porsche is quick to point out that it very much intends to stay an exclusive manufacturer – its global market share will not grow beyond its current level of .25% say executives.

What of the Macan though? This is the car that Porsche is touting as the first sports car in its category. Well, the night before actually driving it, I couldn’t help but think that Porsche was setting itself up for failure by making such tall claims. But, after sampling it, I can now safely say that Porsche was right and I was wrong – again!

Well, first impressions are that it feels nothing like the Q5 on which it’s based. Now, the Audi in question is actually a very nice car to drive – but it feels like a compact SUV, which (of course) it is. The Macan, though, feels like a Porsche through-and-through. But, more importantly, it feels more closely related to a Boxster than it does to the Cayenne. How the boffins from Stuttgart have managed to pull off this feat of engineering is simply beyond me.

My scepticism began to melt virtually from the moment I got into the drivers’ seat. Well, actually from before I got into the car itself. You see, while the Cayenne has never really been able to shed its clumsy proportions – the Macan is actually quite svelte. It just looks right. It’s got very clean lines, which the designers have actually worked surprisingly hard to achieve. For instance, the boot release button is on the bottom of the rear wiper to keep the boot surface unblemished. The 3d-effect rear lights add a little drama in contrast, which is a nice touch. And, at the front, the clamshell bonnet means that you don’t see any panel gaps or unsightly lines.

On the inside, it’s – well – fantastic! There’s really no other way to describe the cabin of any modern Porsche – and the Macan is no exception. The quality of materials, and fit-and-finish, is on par with the 911 or the Panamera. Regardless of what you think of the exterior design, if you fail to agree that the interior is among the best in the automotive world today, you simply have no idea what you’re talking about. The seats are incredible – exceedingly comfortable, and yet they hold and support you in all the right places. But the best part is the fact that you sit quite low in the Macan. As a result, it really feels like you’re sitting in a sports car – rather than an SUV. And that’s the first clue that Porsche is taking this ‘first sports car in the category’ thing very seriously indeed. Another clue is the fact that you sit facing the very same steering wheel that finds itself in the elite cabin of Porsche’s new flagship – the 918 Hybrid. The three-spoke wheel is a work of art. The final clue – before you actually fire the engine – that they’ve taken the driving experience quite seriously is the fact that there are two proper paddles behind the steering to change gears. Thank the Lord that those stupid buttons to change gears that adorn some unfortunate examples of the 911, Cayman, and Boxster are nowhere in sight.

But it’s not until you set off that your scepticism actually disappears. The first patch of empty road leads to a quick burst of acceleration from the turbocharged V6. A couple of quick flicks of the paddle on the right leads to a dancing rev needle and an exhaust that crackles and bursts just the right amount (I really do wish it was louder though). And that’s all the time it takes frankly to realize that you’re in a proper Porsche. It’s not just the acceleration, which is appropriately urgent with no lag whatsoever, but it’s the manner in which it delivers its power – the way in which it goes up the gears in it’s seven-speed twin-clutch box, and the resulting acoustic pleasure that convinces you that there’s something quite special about this machine. Then, you flick the steering into the first tight right-hander and the front end responds instantly – unlike any ‘SUV’ that you’ve ever driven before – and the rear end follows suit beautifully, even coming around in an encouraging ‘ok lets play’ sort of way. Then the torque vectoring takes over and channels power to the appropriate wheel before you set off in search for the next tight bend. What a great feeling! The steering itself is light, but delicate. Of course, it’s an electric steering so it’s not exactly brimming with feel. But Porsche’s electric power steering systems are becoming better with each generation, and this one doesn’t leave you wanting more – like it does in the 911, and more so in the Cayman.

Obviously, the electronics have a large part to play in making a compact SUV drive like a sports car. Both cars we drove – the S and the Turbo – were fully specced with the Sports Chrono Pack, PASM (Porsche Active Suspension Management) with air suspension, and PTM (Porsche Traction Management) with torque vectoring. Naturally, the Macan has all-wheel drive. In normal conditions, 80% of the drive is sent to the rear wheels – but, thanks to torque vectoring, this is completely variable depending on which wheels have grip.

Go into a corner too hot and the car will tend to push wide – you can’t completely defeat the laws of physics after all. But then the torque vectoring takes over, controls the understeer, and catapults you around the bend. I drove the Turbo on a deserted, winding mountain road, and not once did I wish I was in a sports car instead. Sure, there was more body-roll than the Panamera we were following – again, you can’t completely defeat the laws of physics – but the Macan felt light, chuckable, delicate, it had immense grip (and we were on all-weather tyres, not high performance summer rubber), and tremendous grunt coming out of corners.

I do have to say, though, that the Turbo – with almost 400bhp – didn’t feel preposterously fast. But I suppose that’s a good thing! Plus, the brakes didn’t feel as urgent as they normally do in a Porsche – not that they don’t work as well, but the pedal feel wasn’t quite as firm as in one of their sports cars. So, there are a few clues here or there that you’re not really in a tarmac hugging two-seater – but, on the whole, Porsche has successfully pulled off the first sports-car in the segment claim.

The next trick up the Macan’s sleeve was revealed off-road. You see, the air suspension – which can be lowered by 10mm when you want to push on while on the tarmac – can also be raised by 40mm when you go off-road. So, combine the relatively good clearance with great approach and departure angles and you’re left with a very competent off-roader indeed. There’s reasonable suspension articulation as well, and the torque vectoring means that the four-wheel drive system is clever enough to get you out of virtually any situation. It also means that the steering responds instantly at silly speeds on the sand. This, of course, encourages you to push too much too soon – at which point the electronics kick in and slap you on the knuckles by cutting power completely.

But, there you have it folks – a sports car that you can actually take off-road!

And that’s the beauty of the Macan. In our conditions, you drive the 911 and Boxster not as much on the road as you do on tenterhooks. Our roads are just not conducive let’s just say. In that sense, the Macan is the perfect solution. I’ve been fortunate enough to have owned one of Zuffenhausens finest – a 1988 944 Turbo – and since selling it I’ve lusted after each of their sports cars. But I find myself thinking of how much more usable the Macan would be on a daily basis. Frankly, I feel like a sell-out, but it feels good all the same.

The problem, however, is that this little slice of Porsche heaven coming out of Leipzig will run you about as much as its namesake in India – a house! When the Macan is launched in June or July, both fuel options – petrol and diesel – will be available. We’ve sampled the 3.0 litre diesel engine in the Panamera, and can confirm that it’s an incredibly refined powerplant. The only bugbear in the Porsche sedan was a slightly lazy gearbox, which is rectified in the Macan since the diesel also gets the 7-speed PDK. Reportedly, in decent trim however, it’ll run you as much as 80 lakhs. Whoa is right!

It’s not certain which of the two petrols will be available initially – both are turbocharged, but the one with 335bhp is referred to as the ‘S,’ while the fire breathing 400 horsepower version is deemed worthy of the ‘Turbo’ nomenclature. I’d watch out for a Turbo S too in future. For now, I would bet that Porsche will first bring in the Turbo rather than the S – that way it can truly make a performance statement with the Macan. Most people will opt for the diesel anyway, so it’s just a question of positioning. Personally, I’d have the petrol S though.

Sure, the Macan is smaller than the Cayenne – but it looks and feels like a proper Porsche, not just a desperate effort at diversification. The Macan isn’t a butch SUV by any stretch though. Sure, it looks aggressive, but you’re not going to intimidate other road users if that’s your intention. If what you really want is a Porsche driving experience that’s wrapped in a practical and usable – yet attractive – package, you better start rearranging your portfolio right now! 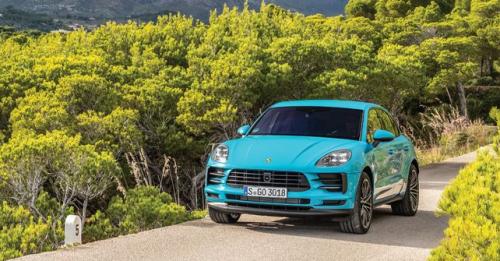 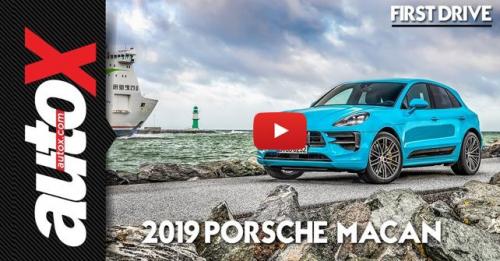