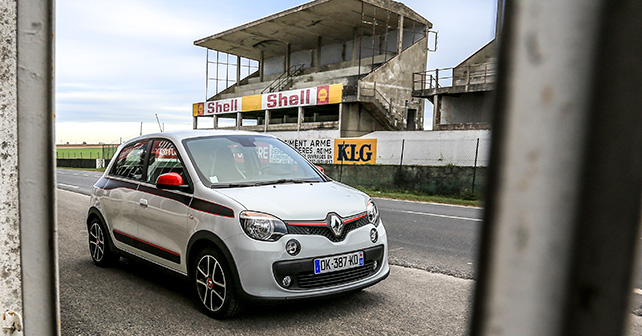 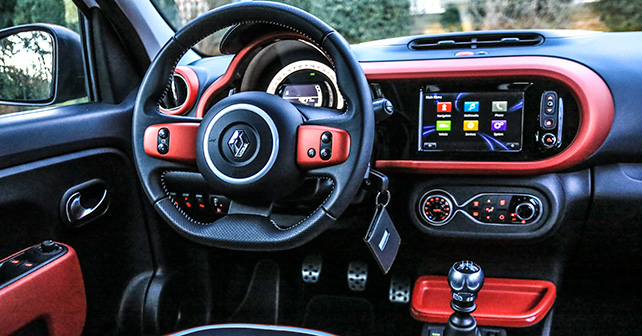 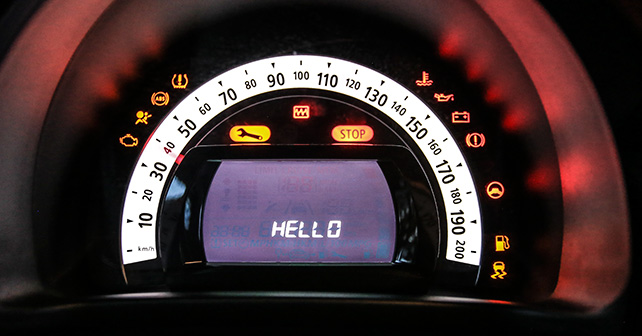 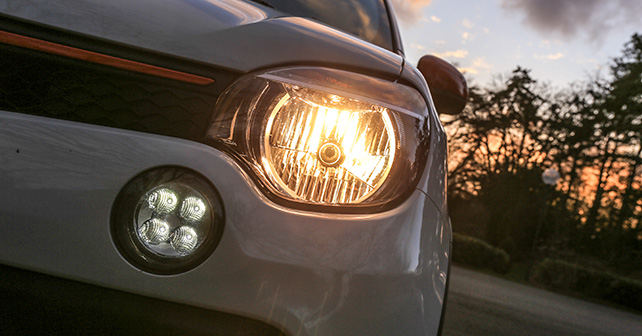 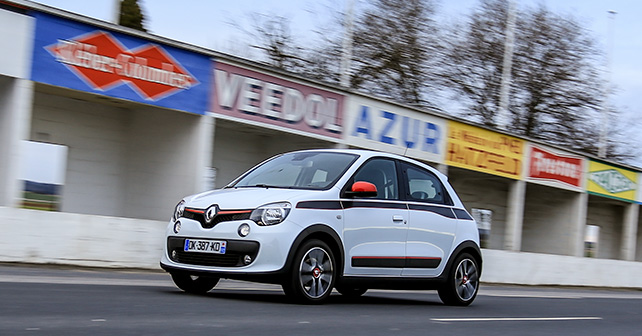 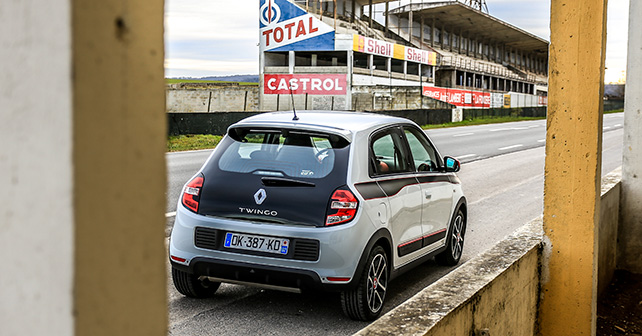 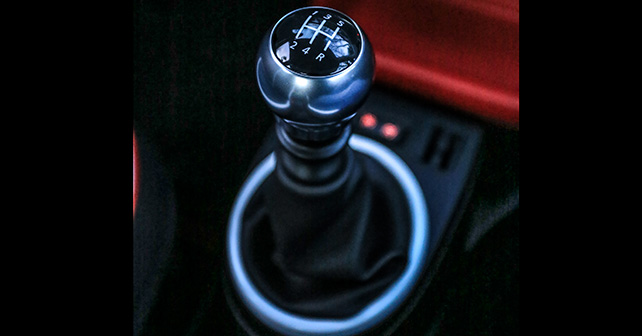 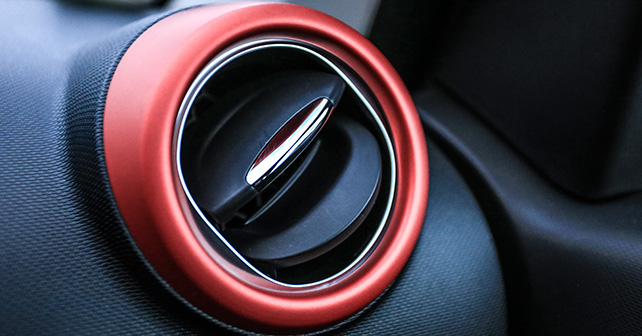 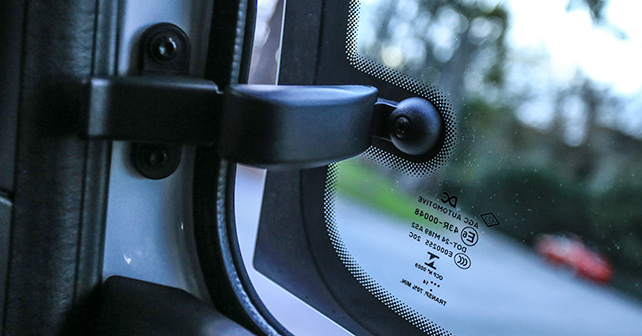 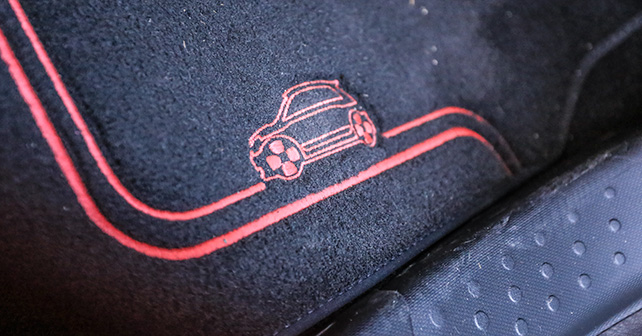 Our Renault Twingo test car came with racing stripes, so we felt we had no choice but to take it to one of the most historic motor racing sites in France…

The town of Reims – about 120 kilometres from Paris – is in the heart of the champagne region. Drive around the area, and you’ll see massive signs for Moet, Mumm, Pommery, and any number of smaller, lesser-known champagne houses. But that’s not the reason why I was exploring the region. Not that bubbly isn’t a good enough reason mind you, but my little Renault Twingo and I had grander plans. We were hoping to follow in the footsteps – nay, tyre tracks – of greats like Nuvolari, Fangio and Clark.

You see, before the days of Hermann Tilke – well, much before – Grand Prix were mostly held on public roads. And one such section of road that hosted the French Grand Prix fourteen times between 1938 and 1966 was just outside the city of Reims. The roads themselves are pretty nondescript – the circuit mainly consisted of long straights surrounded by green fields. That was a time when the drivers were gladiators, and the cars were lethal. And you sort of get that sense as you’re driving around these roads. The thing is that motor racing never really had a problem with speed – the cars were always fast. It’s the stopping and turning that they took a while to figure out. So, circuits like this allowed the race cars to do what they did best – go very fast indeed!

The main grandstands and pits are still standing – as if in a time warp, waiting for the streamlined cars and fearless drivers to return. It’s actually in a unique state of repair (or disrepair) – the Esso, Castrol and Shell signs look as though they were painted yesterday, but the rest of the structure isn’t so fortunate. Amidst this unique restoration project, the spirit of the place is still intact. There are no hospitality centres, just the remains of a row of concrete barns that once served as pits and played host to the some of the fastest machines on the planet.

The beauty of the place is that absolutely anyone can drive up and soak in the simplicity of an era gone by. You can drive down the same straight that saw Fangio battle with Moss, or Clark with Gurney. In my case, I could only go as fast as the 90hp 900cc turbocharged-petrol motor in my Twingo would allow. Fortunately, its character wasn’t completely at odds with the place. It had racing stripes for starters. It was also rear-engined and had rear wheel drive. Sound promising?

Who am I fooling – this is no Grand Prix machine from any era. But that’s not to take away from the fact that it’s an extremely funky little car that draws a lot of attention – even on the high streets of Paris. Racing stripes aside, it really does look very good. There’s a massive Renault logo up front – well, because, as rolling advertisements go, it doesn’t get much better than this. There are a couple of fog lights prominently positioned, and red accents everywhere. Clearly, there’s a lot that catches the eye.

And that’s to say nothing of the interior, which is even funkier. The red accents are even more prominent on the inside. The overall design is extremely clean, but also functional and attractive. There are some really nice touches as well, such as a chunky flat-bottom steering wheel and a beautifully sculpted metallic gear lever. The first thing that comes to mind is this – why don’t all small cars look and feel like this? Just because they’re on a budget doesn’t mean they have to be dull, boring and dreary. Sure, this car would be completely out-priced and impractical in a country like India. But that’s only because we have a mental block against small cars. The size of your car denotes social standing, not character. You could drive a Nissan Sunny – as dreary a car as they come – and be considered far more eligible than someone who drives a Nano, simply because of the construct of our society. But it would be such a refreshing change to see a car like the Twingo in India. Sure, it too has been built with the accountants looking over the shoulders of the engineers, but every time the suits took a break the designers and engineers performed miracles and created a finished product that oozes character.

Of course, it’s loud on the highway – and I very nearly got blown off the road by a strong gust of wind. But I was doing 160km/h at the time. And that’s the thing – with 900cc, you can use all that 89bhp to attack a corner, and feel the front end get a little light before the chassis hunkers down and ejects you through the bend. Small cars have become so advanced in this day and age that there’s simply no reason to drive anything bigger and more powerful for the everyday commute in a crowded city.

I can only hope that more manufacturers take a leaf out of the Twingo’s book. It takes the trend started by the likes of the Fiat 500, and democratises it even further. I hope every automaker making a small car in India imports a Twingo and makes their engineers study it thoroughly with a view to reverse engineer its key characteristic – attitude!

Frugal engineering doesn’t have to be boring. Small car engineers of the world, please do all of us a favour and go drive a Twingo. And if you can, go to Reims, close your eyes, and watch Nuvolari roar past in your mind’s eye…