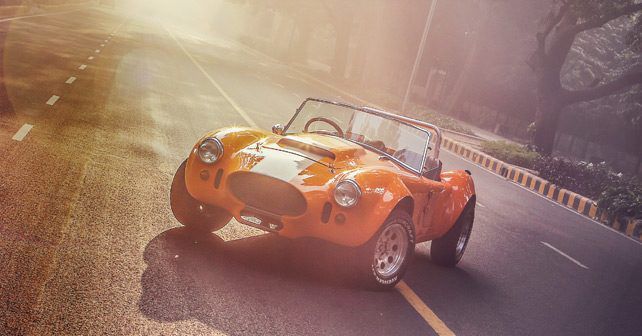 Wind-in-the-hair motoring on a cold winter morning in a machine inspired by a legend – what more could one ask for?

I’m not sure if this is what the Prime Minister had in mind when he said ‘Make in India,’ but this particular iteration of this iconic motorcar has indeed been made in ‘India.’ Sure, it’s carrying the looks and allure of an American legend (the Shelby Cobra) and it has the reliable heart of a Japanese sedan (a six-cylinder Toyota Crown motor), but it’s the brainchild of Pandit and Company from the very centre of our capital city.

‘Pandit & Co’ have a long history going back over half-a-century – since 1951 to be exact – so they know a thing or two about working on cars. You may remember them by their modified Contessas, which have been showcased at many an Auto Expo in the past. And you’ll certainly have seen the ‘Customised by Pandit’ stickers on cars across the capital – with fake stickers likely outnumbering real ones by a ratio of three is to one. Now you know that you’ve made it when people start putting fake versions of your stickers on their cars! 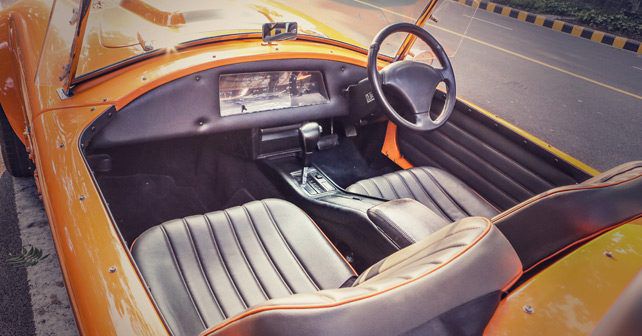 But, before we go any further, I have to give you a clear disclaimer straight up. I’m quite friendly with the folks at Pandit & Co, so this isn’t going to be a full-fledged objective road test. This is more of an attempt to see if we can capture the essence of the original Cobra by hurtling Pandit’s creation through the streets of the Capital early on a winter morning – with the top down (well, it doesn’t have one), wind-in-the-hair and exhaust blaring! What else can you ask for? Well, a bright orange paint job doesn’t hurt either.

The Cobra has classic sports car proportions. You sit virtually on the driven wheels, with a massive bonnet outstretched in front of you – hinting at copious amounts of horsepower concealed within. If you think a new Mustang turns heads, you haven’t been in one of these yet. Leave it standing still, and it becomes ‘selfie central’ in the blink of an eye. Get in the driver’s seat, and you become an instant celebrity.

The impeccable paint job is offset by a broad metallic silver racing stripe in the centre of the hood. The beautiful hood pins and massive bonnet bulge makes it look like quite a serious piece of kit. In fact, staring out at the power bulge outstretched in front of you from the driver’s seat is quite a sight – it could almost be termed as being ‘phallic.’ After all, with those beautiful curves and haunches, this car is all about sex appeal – isn’t it? Undoubtedly, the Cobra makes the driver appear more attractive to the opposite sex. But let’s not get into your motives for asking Pandit & Co to build you one of your own. Let’s stick to talking about how it drives, shall we? And let me just say that it drives quite well. 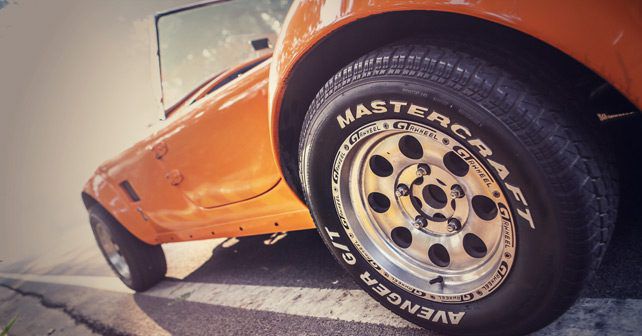 The Pandit Cobra has a 3.0 litre in-line six-cylinder petrol motor from a Toyota Crown sedan, mated to a four-speed automatic gearbox, which produces somewhere in the range of 280 horses according to Prakul Pandit. Now I would have preferred a manual, but I certainly can’t complain about the urgency of the power delivery when you put your foot down. It weighs somewhere in the range of 900 kilos, so the turn of speed isn’t entirely surprising. And, fortunately, it also has a custom exhaust that certainly sounds the part. In fact, I’ve never encountered a straight-six that sounds quite this meaty and deep. The sensory experience, as a result, is pretty spectacular – which is what these cars are all about. You sit low and out in the open, because of which the sensation of speed is greatly heightened. The roar from the exhaust instantly bounces off your eardrums, making you feel like you’re going faster still. If you want to wake up the neighbours, and have bystanders instantly whipping out their cell phone cameras, this is certainly the car for you.

Sure it’s not a genuine Cobra – despite that 427 badge on the boot – but it does manage to capture the essence of the original. It looks sensational and it’s fast – end of story! In fact, it’s probably a lot more reliable as well – owing to its modern underpinnings. Of course, it’s not entirely practical either. It doesn’t have a roof, and without bumpers those fibreglass panels appear quite vulnerable. Sure, it does have seat belts, but it’s clearly inspired from an era when they believed that being thrown clear in the event of an accident is the best safety feature. And no, you can’t fit your golf clubs in the back! If that’s what concerns you, may I suggest that you fall asleep over a copy of Golf Digest instead.

At the end of the day, for a blast down an open road on a Sunday morning it certainly doesn’t get much better than this. And if its kerb appeal that you’re after, well, you can’t do much better – at any price… 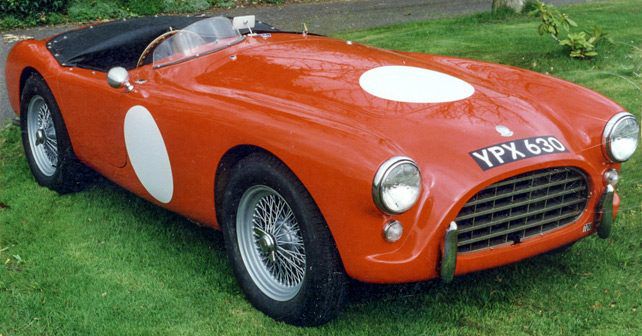 The story of the Shelby Cobra is one that combines the best from the world of small British sports cars with the sheer brute force of American muscle. In 1961, American racing driver and automobile designer Carroll Shelby wrote to AC Cars in the UK asking them to modify the chassis of the AC Ace – the car that you see here – to accept a Ford V8 engine. They agreed, and so a legend was born!

AC Cars would ship the cars to Carroll Shelby in the US, who would fit the engine and gearbox Stateside. The Cobra, fitted with Ford’s 289 cubic inch (4.7 litre) V8 dominated domestic racing in the States for a number of years. Eventually, Shelby even shoehorned the massive Ford 427 motor (7.0 litres) into the Cobra – hence the 427 badge on the orange replica that you see on these pages. A number of replicas of the Cobra are still built across the world – ensuring that this British-American legend lives on for years to come. 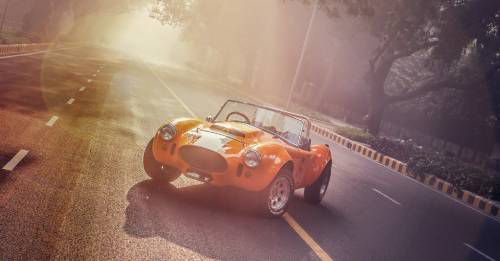