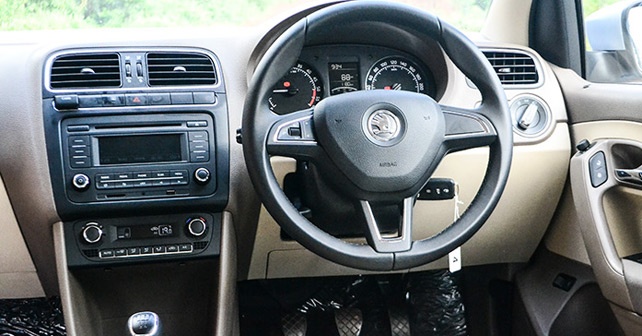 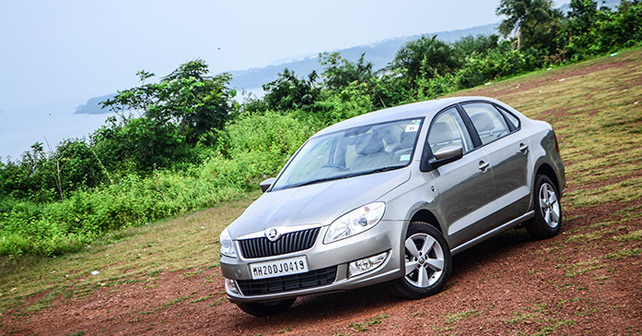 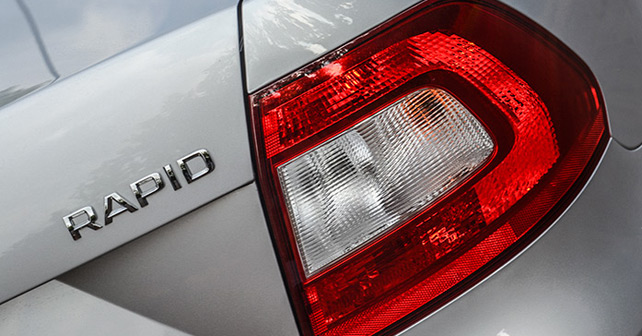 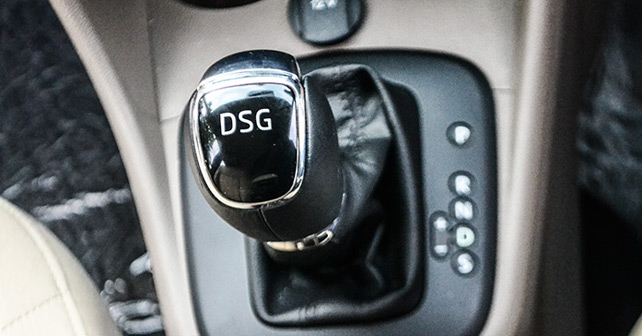 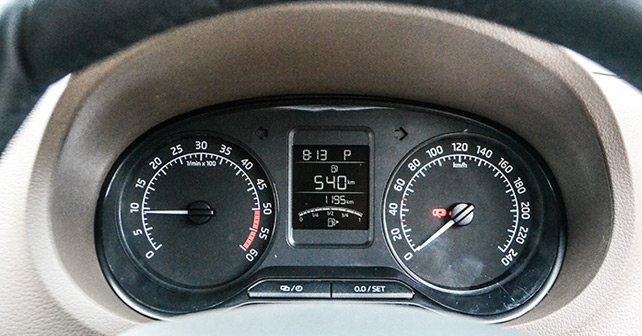 It’s simple, yet appealing. And now the Skoda Rapid 1.5 TDI gets the all-conquering 7-speed DSG transmission. So, is that enough to propel this plain Jane sedan up the sales charts? We find out with our Skoda Rapid TDI.

It’s Skoda’s best selling car in India, with close to 45,000 units sold from its launch in November 2011 to July 2014. But that hasn’t been enough to put the Skoda Rapid 1.5 TDI among the top cars in its segment by sales volume. Based on the Volkswagen Vento, the Skoda Rapid definitely has better road presence than its German cousin. But, after the initial craze, there weren’t many takers. The reason for this is not that the Skoda Rapid 1.5 TDI was a flawed product, but it was more likely due to the fact that Skoda’s servicing nightmares meant that buyers were weary.

The Czech automaker has been trying to revamp its entire service set up, but one has to give it a realistic timeline. And even though Skoda is the first to accept that its service quality is far from perfect, they have actually improved. Like any other company, Skoda too has to evolve with time – and, in keeping with this evolution, the Skoda Rapid 1.5 TDI gets an important drivetrain upgrade to outwit competition as we realised after our Skoda Rapid TDI.

At first glance, you might not be able to see the subtle changes in the Skoda Rapid – but take a closer look and you’ll notice that the headlamps are bigger and slightly swept back. The front has received a chrome band around the grille for a more exclusive look. Skoda has tried to bring in a dash of sportiness in the Skoda Rapid by changing the design of the 15-inch alloy wheels – while the entry-level variant now comes with 15-inch steel wheel rims instead of 14.

Rear parking sensors are thoughtful additions to the new Skoda Rapid 1.5 TDI. This not only makes parking simpler in our cities where space is always scarce, but can also save the car from dents and scratches. Even then, the lack of a reverse parking camera and a touch-screen will likely hurt the car’s prospects.

The cabin remains virtually untouched. You’re welcomed by dual tone Mocha-Ivory interiors, which make the cabin feel airy and bigger than it actually is. A new feature is cruise control, which is mounted on the headlamp stalk. Skoda has also changed the steering wheel, and the Skoda Rapid now houses a three-spoke steering – similar to the one in the Octavia. It retains all the comfort and entertainment features of the previous edition, but now the Rapid’s 2-Din music system comes with a much-needed USB port – which is still not available in the Skoda Yeti! Safety features include ABS and airbags for the driver and the front passenger.

Under the Rapid’s bonnet is the new 1.5- litre diesel engine, which is mated to the 7-speed DSG gearbox. This is the same engine that powers the new VW Polo, but unlike the hatchback – which only gets 89 horses – the Skoda Rapid 1.5 is tuned to pump out 103bhp. This new engine is essentially the 1.6 engine from before, but the bore in each cylinder has been reduced by 2.5mm. The important thing, though, is that the engine has been reworked for better response and refinement. Turn on the ignition, though, and you can still hear the clatter of the diesel engine in the cabin. Step on the accelerator, and you do still feel a slight lag till 1,500rpm – before the power kicks in and helps you surge forward. Thanks to DSG though, the Skoda Rapid 1.5 meanders through slow moving traffic just as easily as it storms down the highway.

The Skoda Rapid automatic comes in two modes – D and S. D is perfect for commuting from point A to B without any hassles. As expected, the rpm needle responds cautiously – because it’s tuned to return a mileage of 21.6km/l. That may be impressive, but it’s decidedly less than the claimed figures for the Honda City or Maruti Suzuki Ciaz diesels – of course, neither of those offer automatic gearboxes. S mode is more about getting a move-on, and the DSG gearbox responds with lightning fast shifts.

In terms of ride quality, as felt by us for our Skoda Rapid TDI, the Skoda Rapid’s suspension has always been ideal for Indian conditions. It carpets most of the potholes and bumps, and continues to be one of the best handlers in the segment – along with its sibling, the Vento. The Skoda Rapid 1.5 TDI remains planted on the road, and takes sweeping corners without a hiccup.

Skoda has also released a sporty avatar of the Skoda Rapid, called the Black Package. This option is only available in the top variant, and at an additional cost of `13,000. It comes with a matte black grille, black alloy wheels, black housings for the fog-lamps, smoky headlamps, and gloss black side-view mirrors. There is also an option of getting a contrasting roof colour, but all these options are only for visual appeal.

The Skoda Rapid’s build quality remains flawless. The 1.5-litre engine is powerful, and more refined than the previous 1.6-litre. The Skoda Rapid / Vento cousins provide the best ride / handling balance. The 7-speed DSG, meanwhile, makes the Skoda Rapid a joy to drive, but the interiors still feel a bit basic with limited features. And there’s still a big question mark over Skoda’s service quality. Overall, the Skoda Rapid 1.5 TDI is a good buy. The mid-variant, the Ambition, with a DSG certainly provides value-for-money. The icing on the cake for the Skoda Rapid, of course, is that if you want a diesel automatic sedan the options are few and far between. And to that extent, this could be a good time for Skoda to capitalise on the availability of the DSG box and reworked diesel engine from the VW parts bin. 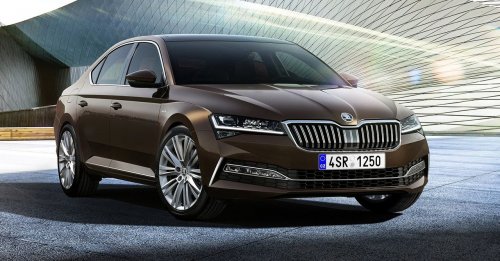 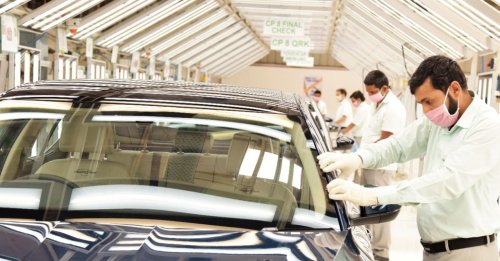 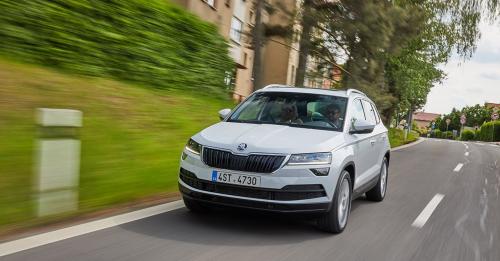 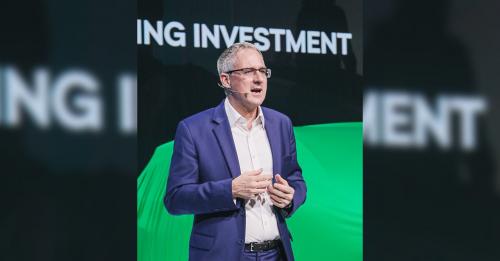