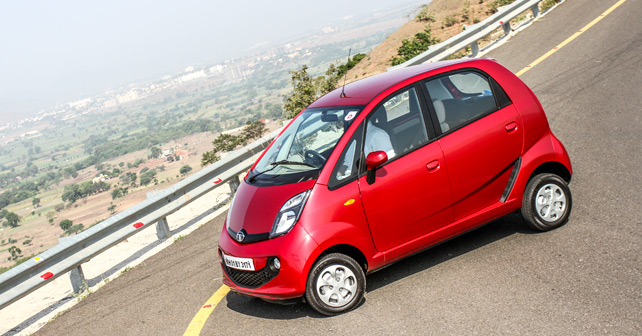 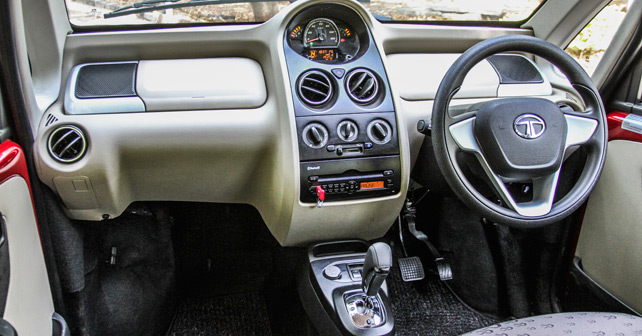 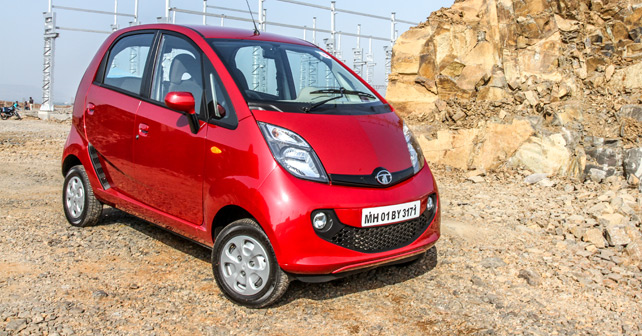 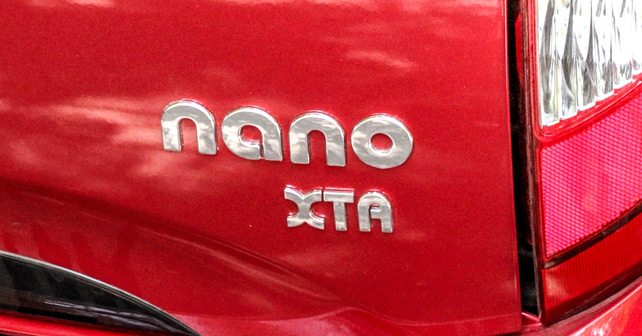 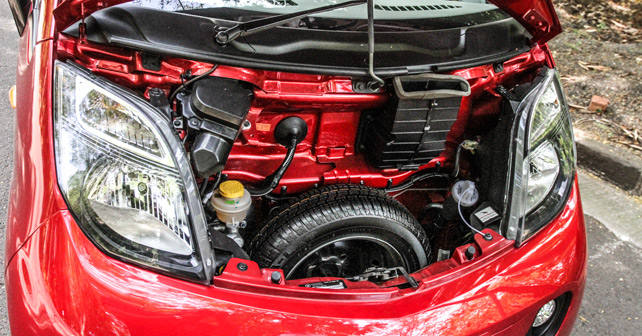 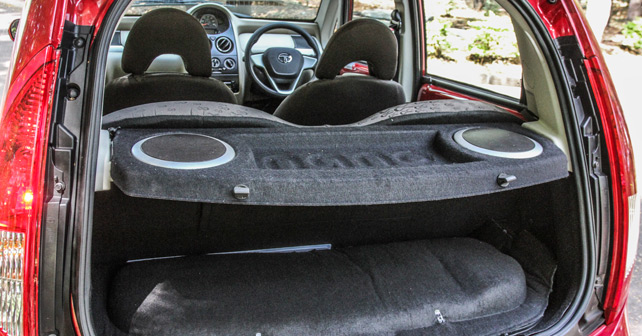 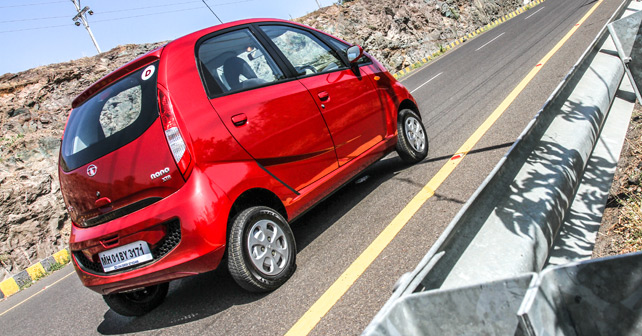 You know that the automatic revolution in India is taking off when the Nano comes with an Automated Manual Transmission. Here’s a first impression from behind the wheel of the Nano GenX.

The Nano was Ratan Tata’s dream to make a car for the ‘aam janta.’ And, after facing a series of hurdles, the Nano was finally unveiled in 2009. Tagged as the ‘1-lakh car,’ the Nano’s image took a serious beating as it was considered as a ‘cheap’ car rather than an affordable one. Sure, like any other product, the Nano too had flaws. It had substandard interior quality, a heavy steering wheel that offered no power assist, and uncomfortable seats. But it offered space like no other car in the entry-level segment. After facing some flak, and seeing dwindling sales, Tata had no choice but to head back to the drawing board. The improved Nano Twist was launched in 2014, with much-needed power steering, better suspension and cabin materials, as well as more comfortable seats. One has to hand it to Tata, as they meticulously went through the feedback they received and improved on many of the issues that were highlighted by Nano users and the media. With fresh upgrades, more and more people started inquiring about the Nano and things started looking up. Unfortunately, this didn’t really bump up to the extent that Tata would have liked – because people were still very conscious of the Nano’s image.

As Tata Motors is in no mood of stepping off the gas pedal when it comes to the Nano, they’ve decided to switch their focus on making driving more convenient rather than harping on about affordability. Therefore, the new 2015 Nano comes with an automated gearbox – essentially, the same Automated Manual Transmission technology that we’ve seen in the Maruti Celerio and Alto. Apart from this, the Nano also gets an exterior facelift as well – but first let’s find out how the Tata Nano GenX AMT drives.

Fire up the 624cc engine, and the sound waltzes into the cabin – but the decibel level reduces once the car is on the move. From the outside, however, the power-plant still sounds like an unrefined generator. Like the AMT found in the Maruti duo, the Nano GenX’s five-speed also quickly up-shifts to ensure it returns a high fuel economy figure. According to Tata Motors, the Tata Nano GenX AMT has a mileage of 21.9 km/l, but we’ll only know if it lives up to that figure during a more comprehensive Tata Nano GenX AMT. 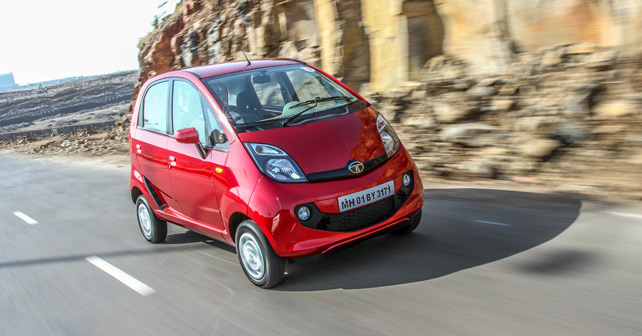 What’s interesting to note is that it comes with two driving modes – Eco and Sport! In Eco, the Nano comfortably negotiates city traffic, and the transmission’s main aim is to be as fuel efficient as possible. In start-stop traffic, Eco mode makes driving a breeze and completely hassle-free. Now in sport mode, the Nano revs higher and holds the rev needle longer. It’s not like it has afterburners thrusting it forward, but you can feel the increase in power – which is a big positive for the Nano.

That was on flat tarmac though for our Tana Nano GenX AMT. Try taking the Nano AMT up a hill and things start to get a little challenging. In automatic mode, it starts huffing and puffing at the sight of an incline. Put it in manual mode even, and the car just about makes it to the top. And this is a little disappointing, since the manual transmission Nano actually devours the twisty roads of Himachal Pradesh quite easily. This one, though, is best left to perform the daily grind in the city.

Step inside, and you’re welcomed with a latte coloured cabin that features a new instrumental cluster in the centre console. It now comes with features like two trip metres, instant and average fuel economy, and a distance-to-empty reading. The steering wheel has been replaced by the one in the Bolt, and the Nano is the first car in this segment to offer an entertainment system with Bluetooth connectivity.

Tata has also tinkered with the Nano’s looks, and it looks a lot cuter than it used to be. The headlamps have been given smoked surrounds that liven up the face. The lower part of the front bumper has been redesigned, and it looks a lot fresher from up front. In fact, the smiling lower grille makes the Nano GenX appear chirpy and happy.

Keeping in the mind the practical needs of its buyers, the Nano now comes with a usable boot. The automatic version comes with a 94-litre boot while the manual one has 110 litres of space. The previous model used to have a 15-litre fuel tank, which led to a lot more refuelling stops than one would have liked. Therefore, the new Nano now comes with a 24-litre tank.

The Tata Nano GenX AMT has a lot of things going for it, like the fact that it’s convenient to drive in the city, has a usable boot, and now has a smiley face – but the brakes still lack bite and engine remains unrefined. With 37.5bhp and 51Nm of torque, it is a very decent city commuter, but it could do with more torque – especially when you come up to a hill. The ride quality, meanwhile, is decent as it carpets potholes quite well. And despite the soft suspension set up, it doesn’t wallow. It also has an impressive 180mm of ground clearance.

Even though the Nano GenX AMT will be cost you close to 3 lakhs, the Nano still suffers from that ‘cheap’ image. Let’s hope that buyers will be able to look beyond that stigma and see the Nano for what it really is – quite a revolutionary machine, and now one with some pretty cutting-edge tech as well! 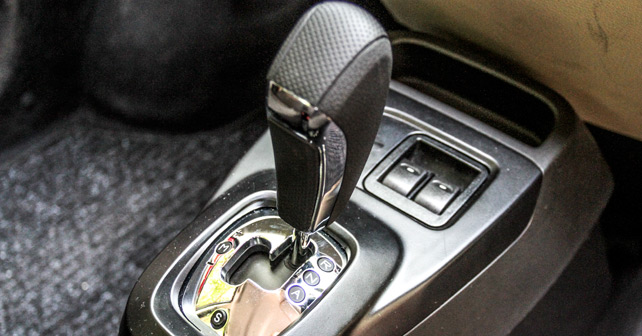 An AMT (Automated Manual Transmission) is actually a manual transmission that comes with an ECU (Electronic Control Unit) that activates a hydraulic clutch actuator – which, essentially, acts as your clutch pedal. The advantage of this is, of course, that the costs are drastically reduced – since it’s based on an existing engine-gearbox combination. Moreover, the AMT not only increases the life of the clutch but also cuts down on emissions and has the potential to increase fuel economy. It’s fuel-efficient because there’s no torque converter – and there isn’t any power loss as well. There is a little lag in between gearshifts compared with the best modern automatic and dual-clutch transmissions, but it’s an extremely cost effective and convenient solution.