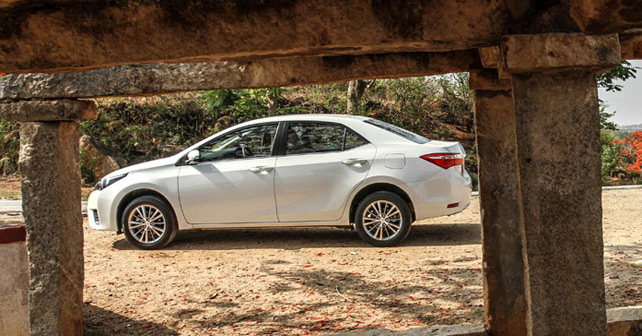 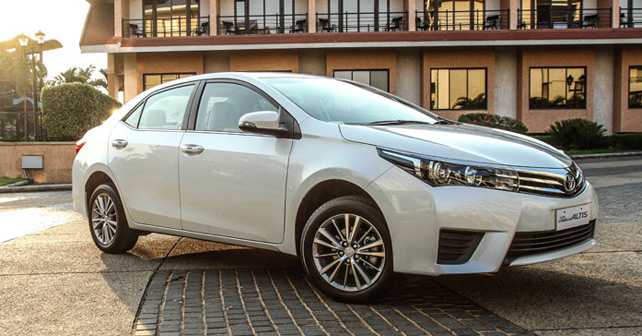 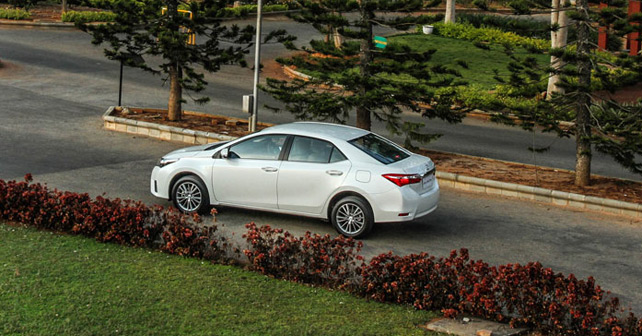 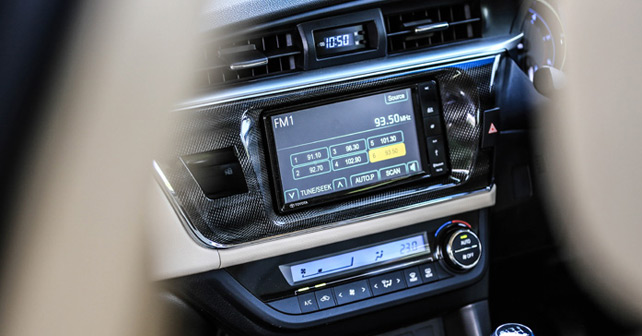 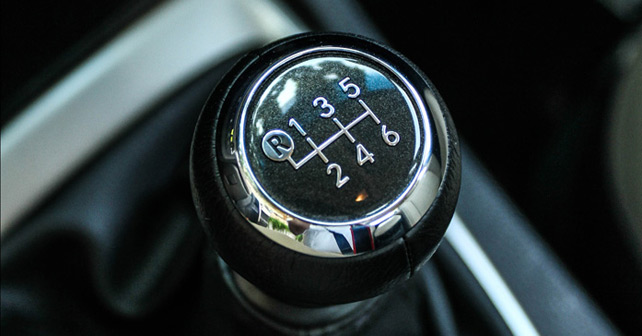 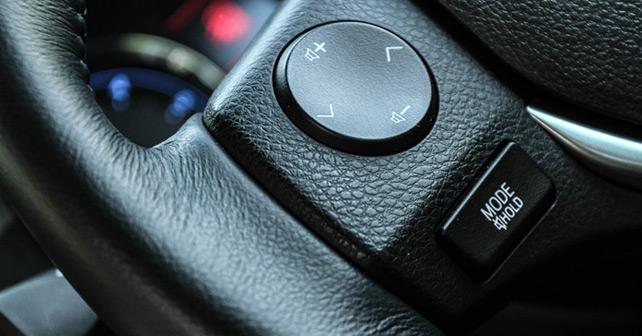 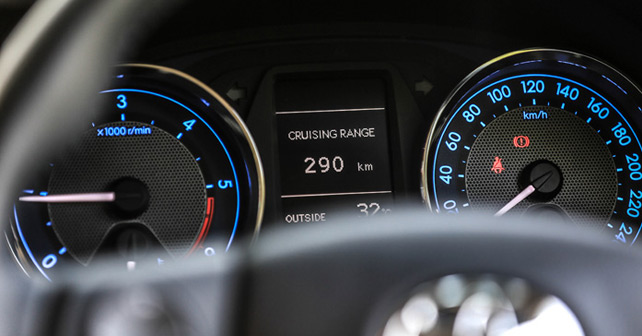 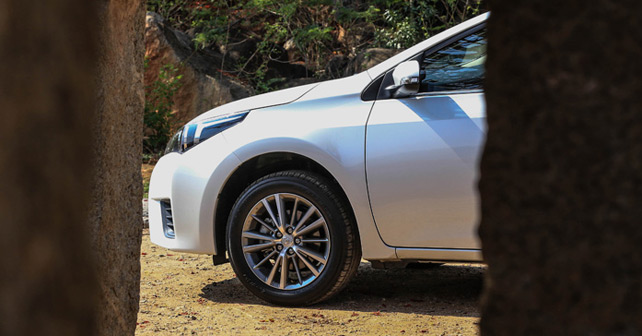 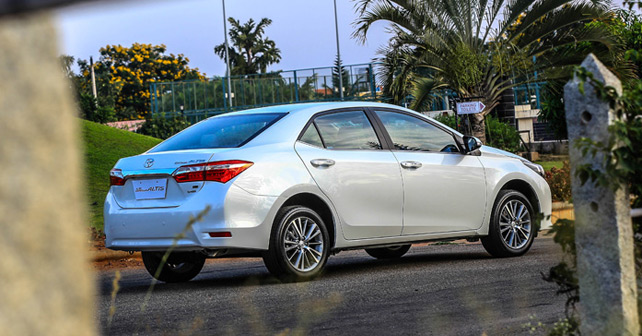 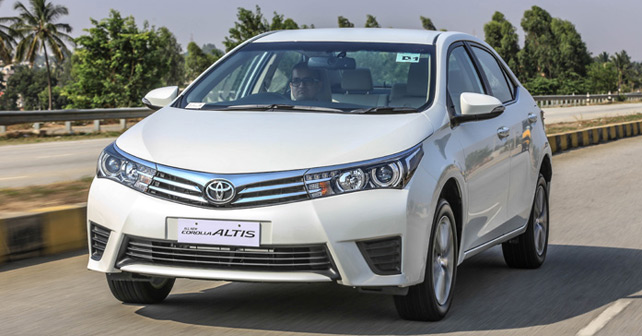 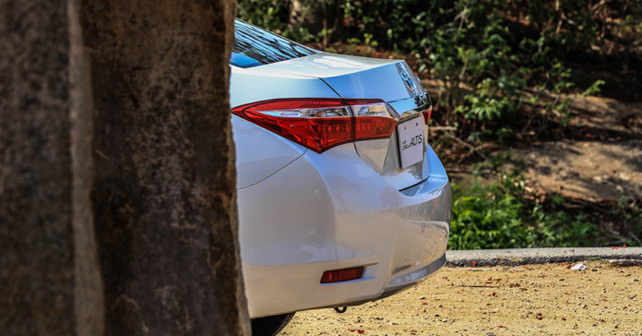 Toyota introduces the 11th generation of its bestseller, the Toyota Corolla Altis, in India. So, we get into the driver’s seat to see how it stacks up against some renewed competition.

It would be an understatement to say that the Toyota Corolla Altis is one of the most significant products for Toyota. Here are some numbers to put in perspective – the Corolla Altis, since its introduction nearly 50 years ago in 1966, has sold over 40 million units in 154 countries across the world.

So, clearly, the launch of its 11th generation is a big deal for the company. After all, given the car’s history, it has a reputation to maintain. Of course, with every subsequent generation, the market gets tougher – the competition has been steadily improving, and it’s a dog-eat-dog world when it comes to sales.

However, with stereotypical Japanese efficiency and insight, Toyota has done a large amount of research to understand what it is that customers want from the Corolla Altis – and how it can be improved to suit their needs. So, in this latest generation, we witness some specific changes to meet the demands of Indian customers – such as more room in the rear seat, thanks to a wheelbase that’s been extended by 100mm. There are more features of course, and improved styling. Evidently, these requirements were specifically demanded by Indian customers – and given that most customers of the Altis in India are chauffeur driven, that makes a lot of sense. Looking at the new Toyota Corolla Altis, the aspect that catches one’s attention is the revised styling – which is, to put it mildly, a vast improvement over the last generation. The Corolla Altis is now a car that has tauter lines and sleeker body panels. A noticeable character line dominates the sides, and it has a far more aggressive front end. Gone are the bulbous and slightly chubby looks of the older car. The new car looks much more purposeful on the road, and has enough road presence to make it stand out. The Camry-esque rear end and the front end with its large headlights and shiny grille also contribute to this change. However, even with the 16-inch wheels of our test car, there was still too much space in the wheel wells – which give it an odd, elevated stance. This is necessary, though, given the increased ground clearance that cars require in our market. That apart, it’s safe to say that the new Toyota Corolla Altis is far improved over its predecessor in terms of style. Let’s just say that the Toyota designers have certainly done their jobs.

The interiors have been given a thorough reworking as well, and the design inside also gets a boost – especially thanks to the removal of the many buttons on the centre console, which have been replaced by a touchscreen entertainment system. The clutter free centre console now only has a lower set of controls for the ventilation system, while the 7-inch touchscreen controls functions such as satellite navigation, audio controls, and Bluetooth phone connectivity. Overall, the two-tone dash is also an improvement – providing a cleaner, more subtle design. However, certain aspects of the interior are a tad disappointing. The chrome outline around the touchscreen, for instance, looks gaudy and unnecessary, as does the faux carbon fibre around the screen. Given that the quality levels for the rest of the interior are pretty good, it would’ve been more appropriate for Toyota to just stick to a piano black finish. Interiors quirks aside, when it comes to passenger space, the Corolla Altis does exhibit a clear advantage over its rivals. The rear seat in particular is very impressive, with the wheelbase extension clearly helping matters – making this easily the most spacious car in its segment. The seat is quite comfortable as well, and the flat floor also helps matters. This clearly demonstrates that Toyota understands the requirement of Indian consumers, and has catered to them specifically.

It also seems to understand that most customers in India, at least, won’t actually get behind the wheel themselves – so the driving experience isn’t exactly thrilling. Sure, there’s nothing that you can point out as being inadequate – but the Corolla Altis doesn’t set out to make the driving experience a memorable one. This is especially true for the diesel variant, which is powered by the 1.4 litre diesel unit. It produces only 87bhp, and is clearly tuned for efficiency rather than driving pleasure. Plus, the noticeable turbo lag doesn’t help matters. It has a narrow power band, which kicks in above 2,000rpm – but, at the same time, it doesn’t particularly like to be revved much either.

The 1.8 litre petrol, on the other hand, is much better and delivers vastly better performance. Of course, it’s helped by a much higher power figure of 138bhp. The petrol engine is quite refined, and even though we got to sample it only with the 7-speed CVT transmission, it has more than adequate performance for daily driving. The auto gearbox too was quite impressive, with the steering mounted paddles delivering quick up and down shifts. And while the typical rubber band effect of CVT transmission remains, it’s not an irritation at all. Of course, in keeping with the character of the car, the suspension has been tuned for comfort – and it does rather well on that front. The car handles even broken surfaces without a problem, and the 180mm of ground clearance means that you don’t have to worry about it bottoming out either. Since it is softly sprung, however, it does have a fair bit of body roll and the electric steering doesn’t provide much feel. So, while this may not be the most sporting car to pilot, it does deliver driving comfort in spades – which is, of course, what it’s been designed to do.

Overall, the Corolla Altis is a very capable car – one that appears engineered specifically to cater to a certain target audience who demand style and comfort.

So, with its vastly improved looks, higher equipment levels, and more space, it’ll appeal massively to the backseat driver – who also get the blue-chip quality of the Toyota brand, with its excellent sales and service.

So, if you appreciate a car for its driving dynamics, you’ll have to look elsewhere. But if you prefer occupying the rear seat and letting your chauffeur deal with todays’ frustrating traffic, the new Toyota Corolla Altis is is exactly what you need – even in its diesel-engined guise. 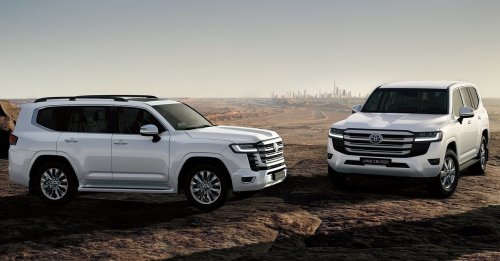 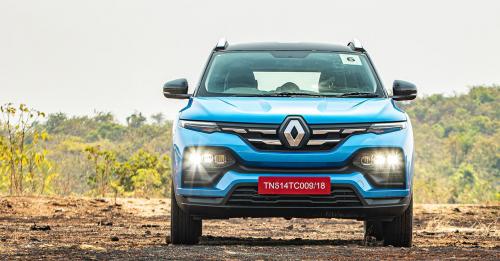 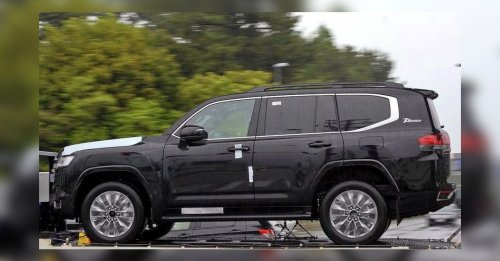