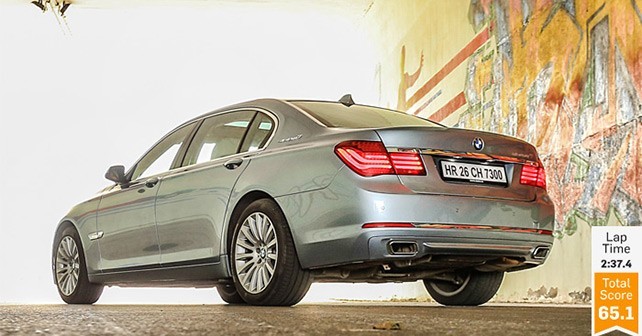 The BMW ActiveHybrid 7 carries around an extra 100 kilos worth of battery pack and electric motor, but you can be rest assured about the fact that it can still dance around the BIC.

The ActiveHybrid 7 should be a luxury car that Greenpeace approves of, so you’ll have to keep the fact that it accelerates from rest to 100km/h in just 5.7 seconds a safely guarded secret. And it laps the BIC one-and-a-half seconds quicker than the Audi A8, and over two seconds faster than the Mercedes-Benz S-Class! 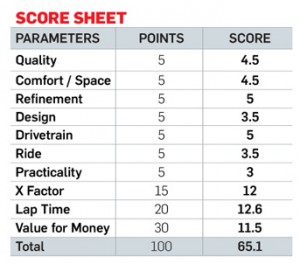 It has a 3.0-litre in-line six cylinder TwinPower turbo petrol engine that produces 315bhp. This is assisted in its propulsion duties by a 40kW electric motor that gets juice via a lithium-ion battery pack – all of which yields a system output of 350 horsepower and 500Nm of torque. But producing gobs of power is one thing, harnessing it and putting down to the pavement is something else altogether.

But this is a BMW remember, and cars with the blue-and-white propeller never seem to have any trouble transferring their power to the tarmac. And it’s no different in the ActiveHybrid. Some Hybrids can feel disjointed and distant – as the electronics are working overtime to keep everything functioning in unison. But BMW seems to have tuned this 7 Series to absolute perfection.

The electric steering is perfectly weighted and direct. There are no strange moments of weight transfer – despite the additional 100 kilos of hybrid power electronics. Even compared to the S-Class and A8, the 7 feels more connected and direct from the drivers’ seat. It just powers up and goes – leading to a very impressive lap time of 2:37.4.

But, of course, it’s not exactly meant for the track. It’s meant to be used for its all-electric driving range of four kilometres. Yes, you read that right – just 4kms! Well, it’s not a plug-in – so that’s the best you can hope for I suppose. And therein lies the problem. BMW claims a fuel efficiency figure of 14km/l, but when we tested it earlier this year we got less than half that.

So, it’s an extremely impressive bit of tech – and its supremely luxurious and spacious. But the hybrid tech is simply too expensive and doesn’t offer enough savings in terms of fuel economy. So, it’s a great statement for your eco credentials. But that’s all it really is – a statement!