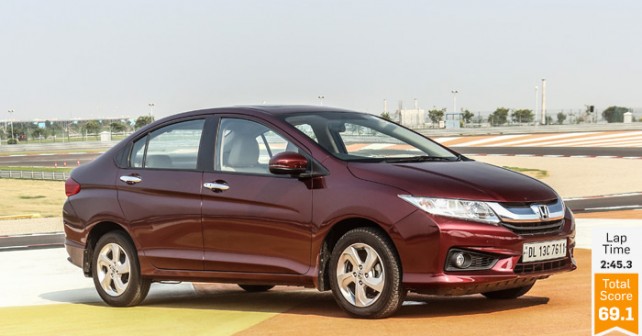 The Honda City, in its latest avatar, has proven to be a formidable competitor – especially its diesel version. So, how does it fare in this varied field?

The Honda City is the perennial favourite in India. It’s popularity dipped slightly in between, due to the lack of a diesel engine, but it’s now back on track. In fact, off late, you could even go so far as to call it the cherry on top of the sales cake that Honda India has been feasting on since the introduction of the Amaze – their first diesel in India. 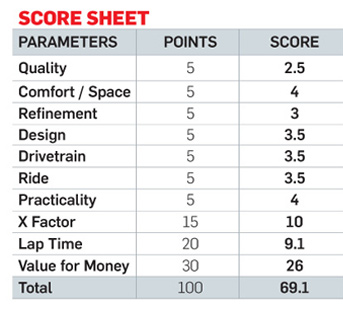 With the launch of the Maruti Ciaz, however, things are hotting up. And it just so happens that the City and Ciaz find themselves facing one another in this feature as well. The car that we’ve used for purposes of this test is the traditional City petrol with the 117bhp, 1.5-litre i-VTEC engine. The City equipped with the 1.5-litre Earth Dreams diesel really struggles for pace on the track. Even on the road, this engine is a little too loud when compared with the likes of the Hyundai Verna, and now the Maruti Suzuki Ciaz.

The City also struggles to match the competition when it comes to the material quality of certain (very visible) pieces of trim. And yet the City finds itself just edged out of the top-five – so it must be doing something very right. Well, the ‘H’ centred on the chrome grille is still very much a blue chip badge in India. Plus, the new City is not only spacious, especially in the back, but it’s also quite well equipped – what with its touch-screen climate control and multimedia system, as well as its keyless start-stop system. And, more importantly, when pushed hard on the track, Honda’s engineering prowess comes to the fore and the City really seems to come into its own. Anyways, between the two engine options, our pick would be the petrol.