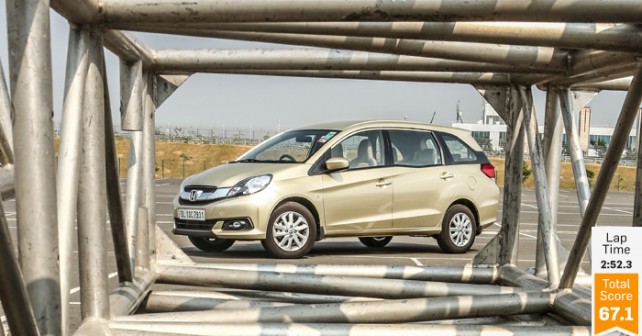 With the Mobilio, Honda chose to enter a relatively risky segment in India. So, was it the right choice to make?

The Mobilio is somewhat of an oddball, and a risky product for Honda in India. Honda has high hopes for the Mobilio, but Maruti pulled a joker out of the pack and dramatically reduced the price of its Ertiga compact MPV just as the Mobilio was launched in the market. 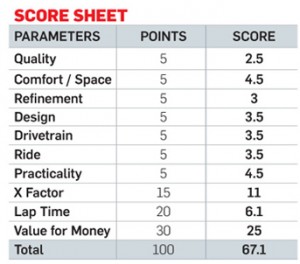 That notwithstanding, the Moblio is an interesting product. When we first drove it a few months ago, the overwhelming impression was that of impressive engineering – which led to a vast amount of interior space being carved out of a fairly compact vehicle. Plus, the Mobilio offers genuine 5+2 seating – along with a decent amount of boot space. And this is where it excels over the Ertiga, other than having more standard equipment of course.

But, at the same time, based on the Amaze / Brio platform, the Mobilio has its own set of shortcomings – most of which are centered around the refinement (or lack thereof) of the 1.5-litre Honda diesel engine. It has excessive engine noise that filters into the cabin, as well as vibrations through the gearlever, which you don’t expect in this day and age.

The car we had for this test was the i-VTEC petrol, and the Mobilio was all the better for it. Frankly, it was a revelation on the track. Not once did it feel like you were hustling an MPV around a racetrack. The Mobilio was perfectly happy revving to the redline in each gear and attacking corners with complete abandon. Clearly, there’s still something to be said for having a i-VTEC engine. And, again, the Honda engineers must be complimented for keeping body roll in check.

And so this car does what it promises – it’s practical and fun to drive. It makes a great deal of sense if you think about it...