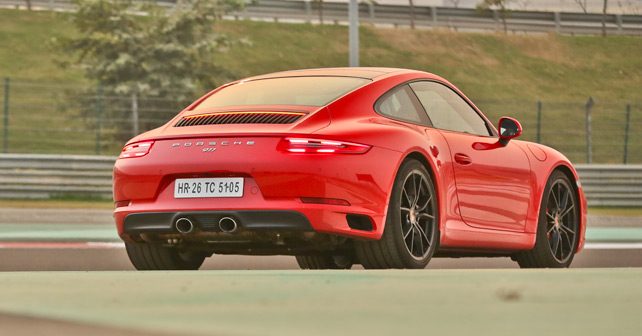 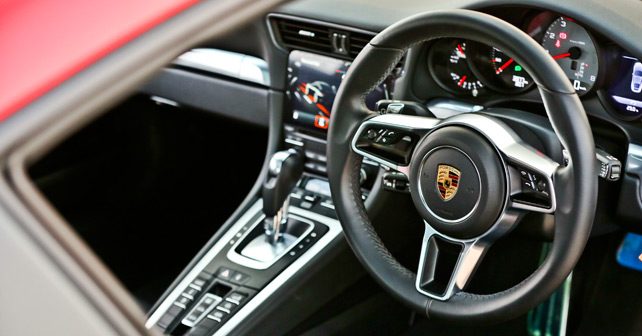 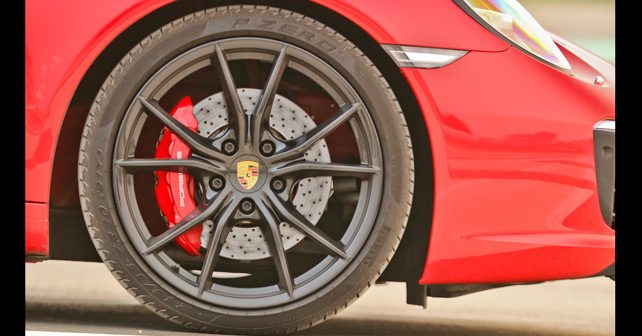 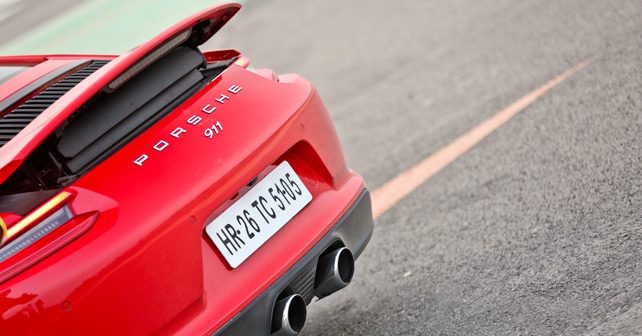 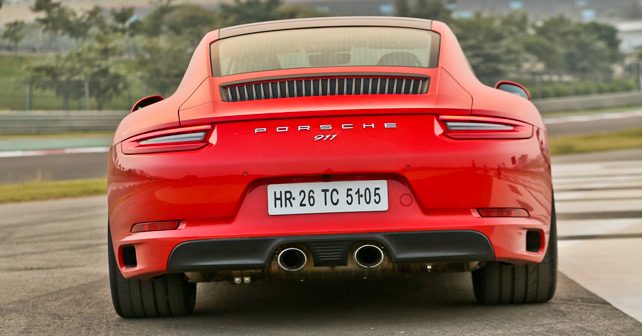 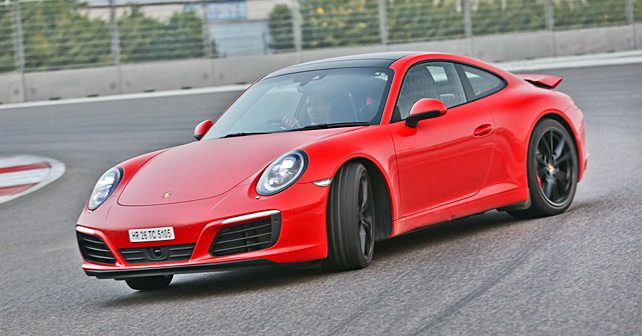 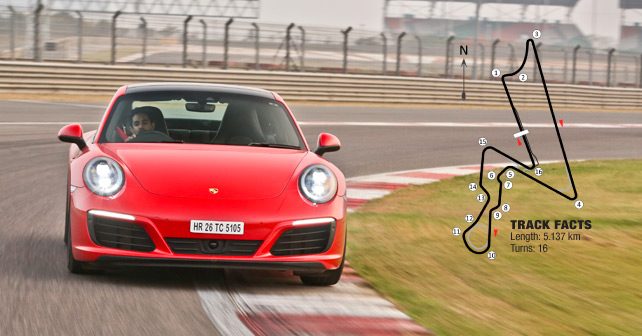 After 50 years of perfecting the 911, has Porsche finally ruined it by doing away with the naturally aspirated motor in the Carrera & Carrera S? Well, just look at it – what do you think are the chances of that?

Last month, for our 10th anniversary issue it was as though Santa came early and brought along the Easter bunny and tooth fairy! You see, I found myself at the Quattroruote test track in Italy with a McLaren 675 LT, Ferrari 488 GTB (which I didn’t get to drive), Audi R8 V10 Plus, Nissan GT-R and Porsche 911 Turbo S. And, yes, the McLaren was from a different planet in terms of its performance envelope – the best production car that I’ve ever driven – but the one I would have taken home if the tooth fairy were real (and really rather generous) was the Porsche. It always has been, and remains to this day, the most usable sports car in the world. Now the Turbo S is more supercar than sports car – with a 0-100 time of 2.8 seconds – but the new Carrera S is no slough either, needing just over 4 seconds to breach the 100km/h mark.

The 991.2 (the face-lifted twin-turbocharged variant that we have here) of the Carrera S has a flat-six motor downsized from 3.8 to 3.0 litres, with a pair of turbos slapped on that give it 414 horsepower and 500Nm of torque – which is 14 extra horses and 60Nm of torque more than before. Needless to say, it’s plenty fast! We drove the 991.1 at the BIC a couple of years ago, and couldn’t stop singing its praises. With the exception of the electric steering, which didn’t have anywhere near the kind of feel as 911’s of old, the then-new 911 was a stunning machine – inside and out. I, for one, get goose bumps every time I put my foot down in a 911 – because it’s followed by a wail from behind as both the induction sound and exhaust howl compete for acoustic glory. But the question is – will the turbos muffle sound and interfere with the sheer visceral appeal of this age-old sports car? Well, that’s what we were at the BIC to find out.

At idle, the new car doesn’t quite have that raw appeal of the naturally aspirated motor. Fortunately, our test car was fitted with the optional sports exhaust (a must-have) so pressing the button on the centre console with a pair of tailpipes drawn on it makes all the difference. The exhaust note immediately becomes far more deep throated and purposeful. Much better!

Slot the gear lever in D, slide it into Manual mode and head out of the pit lane… I have to admit that I’m a big fan of old school and clunky manual transmissions – which means, of course, that I abhor new fangled flappy paddled high-tech wizadry. However, the PDK in new Porsches is so good that you almost forget to miss the manual – especially when you’re actually attempting to set a lap time on a racetrack. And, once more, the gearbox doesn’t fail to impress – it’s just lightning quick and tremendously effective. The electric steering seems even more precise than before, and you just don’t miss the hydraulic steering rack of days gone by. But it’s the front end that impresses far more than ever before. One of the trademarks of 911’s of old has been a light front end – well, because all the weight is at the rear – some may say that this is a bit of a compromise, but loyalists and 911-fanboys (yes, I unabashedly am one) will wax lyrically about the inherent character and sheer challenge of piloting a 911.

The Turbo S I drove a couple of months ago was mind-bendingly fast, but the trait that stuck out was just how easy it was to drive – and, more so, push to the limit. After two minutes, I felt like I had been driving the car forever and was taking liberties with it as though my last name was Webber. The same was the case with the 991.1 – getting it unstuck on the track seemed virtually impossible. You put your foot down and it went, it was as simple as that. This one, though, was a bit different!

But, before we get to that, a little bit about the motor. In the past, I’ve had the pleasure of owning a 944 Turbo – so I know a thing or two about turbocharged Porsches. Well, that was a 1988 example – so a mountain of turbo lag was instantly followed by an avalanche of horsepower. This was a bit different. From the driver’s seat, I had no sensation whatsoever that this machine was turbocharged. The power delivery is absolutely linear, the sound from behind is just as enticing as ever, and it revs all the way to its 7,500rpm redline. The only indication that there’s a little something extra going on is the massive wave of torque all the way from 1,700rpm onwards – which means that you can carry a higher gear through most corners. This drivetrain really is something else!

So, the tail happy nature of our test car could be attributed to the kick in the back provided by 500Nm coming in all at once at 1,700rpm – but it’s more likely to be the fact that there was just too much air in the rear tyres. Now, normally, we check tyre pressures before heading out on track. But, on this occasion, we forgot our testing kit that consisted of not only our tyre pressure gauge but also our V-Box timing and telemetry system – which is why there’s no top speed or telemetry data for this test. Lap times were recorded trackside, and despite the fact that this rear-engined Porsche was more than happy to wag its tail on this occasion I could put the power down with abandon. And there was plenty of power to put down – which is why the 991.2 Carrera S was exactly 3 seconds a lap faster than the 991.1 Carrera S that we tested a few years ago. Of course, track conditions make all the difference, but there’s no doubt that this new 911 would have gone even faster if we had the tyre pressures set correctly. We had limited time with the car, and limited daylight at this time of the year as well – so we couldn’t remedy the situation and try again. But we will sometime soon…

Nevertheless, our limited time with the car was enough to convince us of the following: Porsche has not ruined the 911 at all. On the contrary, it has improved it in every way possible – if at all that’s possible. This remains, unequivocally, the best everyday sports car that money can buy. But do take it out on the track every once in a while to ensure that it doesn’t get lazy. After all, Porsche’s motorsport heritage is engineered into its road cars for a reason… 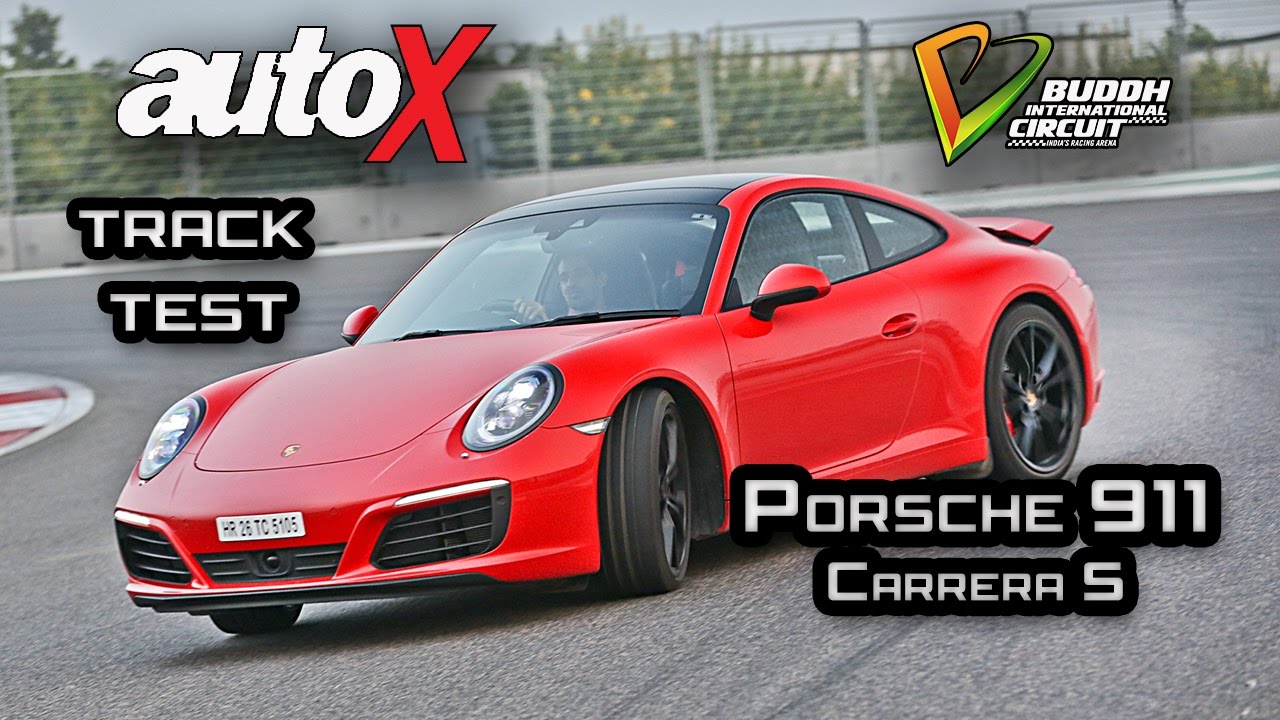 X-Factor: The 911 remains the best everyday sports car that money can buy. The addition of two turbos only makes it even better than before.