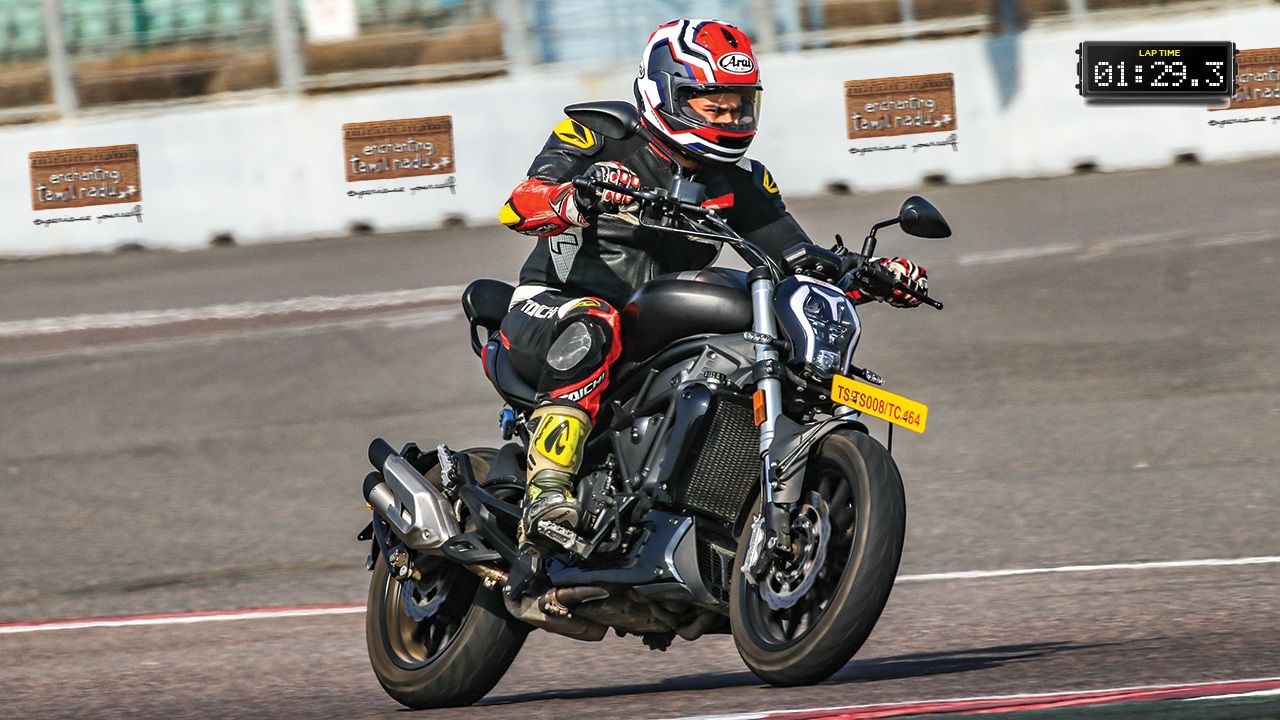 Italian bike maker Benelli’s first 500cc bike in India was the TRK adventure motorcycle, which was followed by the Leoncino scrambler-like bike. And now comes the 502C – Benelli is calling it an urban cruiser. Although, Benelli also claim that it falls in the naked bike category. The problem, though, is that the 502C’s design doesn’t have the elegance that we expect from an Italian bike. Sure, the 502C still catches your attention, but it’s not something that looks very desirable. It looks chunky and disproportionate, and it also weighs a lot. Plus, the quality isn’t great either.

The 502C’s riding position seems to be pretty awkward – your legs feel spread far apart, and the handlebars are very wide. It may be suitable for highway cruising, but for crowded city streets, it’s not an easy bike to handle. Urban cruising is something that would be almost impossible on this bike in Indian cities. It loses a lot of points because of this reason. Anywhere else, the 502C could have been a much more practical bike but not in India.

The 500cc twin-cylinder is good for about 46bhp. It’s actually a pretty decent engine, but it’s in no way exciting, nor does it have much grunt. It’s refined and offers a pretty good spread of power. It’s just that it is a very sloppy handler. You can see from its lap time score that it’s not impressive at all in this department.

It will perform perfectly fine on smooth straight roads, but you cannot expect to have much fun with it around the twisty sections of the road. The bike scores pretty low because of this, which also affects its X-factor.

The other 500cc bikes from Benelli are really good, especially the TRK. It’s just that Indian road conditions are not suitable for a motorcycle of this kind. You might get a few stares from people while riding it, but it does nothing to make you feel the way you should feel while riding a great bike. It might have a pretty good price tag for the segment, but again its value for money cannot be justified because of how clunky and heavy the bike seemed during the ride.

Unfortunately, the 502C failed to make a positive impression on us, but we still look forward to future launches from Benelli. Because we know they make some pretty awesome motorcycles.