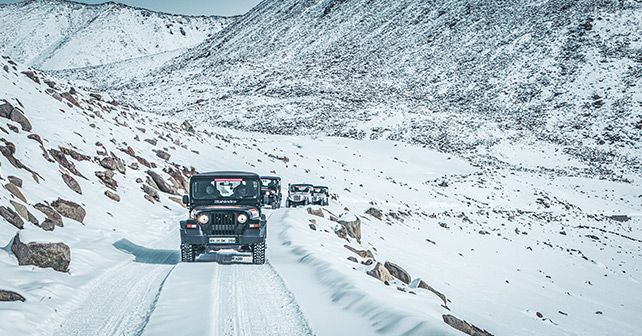 Mahindra’s Off-Road Academy takes us on a once-in-a-lifetime drive in Ladakh during the peak of the winter. Jared packs his woolies…

I’ve been to Ladakh before, but never in my wildest dreams did I ever imagine that I’d be there in the middle of January when the temperature can dip to as low as minus-30 degrees.

As soon as I alighted the plane in Leh, I began to feel the bone-chilling bite in the air. I must have been wearing four layers of clothing under a thick winter jacket, and, still, the icy air managed to pierce through it all.

Ladakh is a popular destination, but that’s in summer. In winter, it’s basically deserted, visited only by hardcore adventure enthusiasts, who come here for ice trekking. I thought that my flight to Leh would be near empty, but, to my surprise, it was packed with thrill-seekers from all over the country. 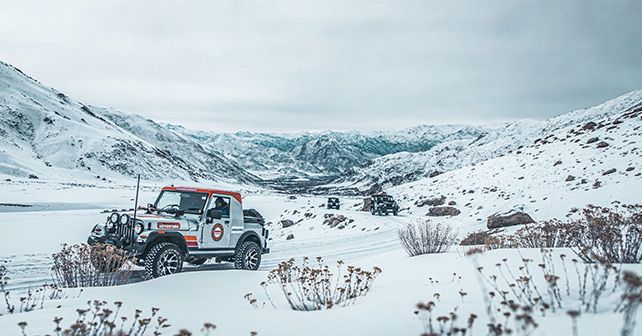 Staying Warm
Thanks to Mahindra, we were staying at the only four-star property in Leh – the Grand Dragon. It had central heating, with heated bathroom floors, and an unlimited supply of hot water. We spent the first day resting and acclimatising to the altitude, and they're really couldn’t have been a better place to stay, considering just how cold Ladakh is in winter.

In the evening, there was a briefing about the first edition of the Mahindra Off-Road Academy Snow Survivor. The plan was to drive from Leh to Wari La Pass, which is one of the highest roads in the world. The drive would take us through some very difficult terrain, at over 17,000 feet.

After a short session about the dangers of driving in icy and snowy conditions, we were brought up to speed about the severity of altitude sickness by a local doctor. As we sat there listening to the risks, all the while feeling cosy in the warmth of the hotel, I couldn’t help but wonder just what was in store for us the next day.

I’ve driven in Ladakh in summer. And, even then, it’s a treacherous and risky place to explore. How challenging would it really be to drive in winter? I’d find out soon enough… 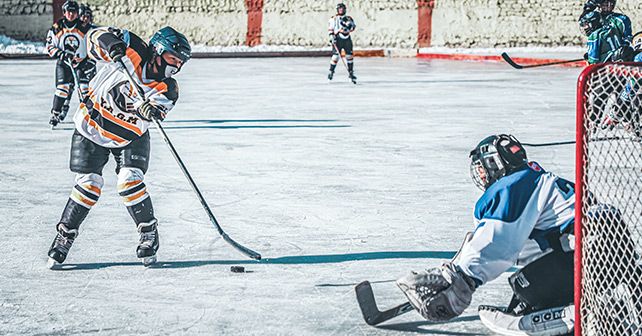 Snow Blind
The weather was on our side. There was little wind, and the sky was partly cloudy. The roads were all clear, and soon we were on our way towards Wari La Pass in a convey of modified Mahindra Thars. We were headed north-east, and, as soon as we got off the highway, the climb began.

The entire area was covered in snow, and every time the sunlight managed to pierce through the clouds, the glare against the white snow would nearly blind us. The road was in good condition, but as we climbed higher, the road simply disappeared under layers of snow and ice.

Mahindra decided to give us a crash course in driving on snow, and so we started to take the Thar off-road as much as possible. We took every shortcut trail up the mountain, instead of zigzagging up the slope on the main road. The trails were now getting steeper, and the snow was getting deeper. 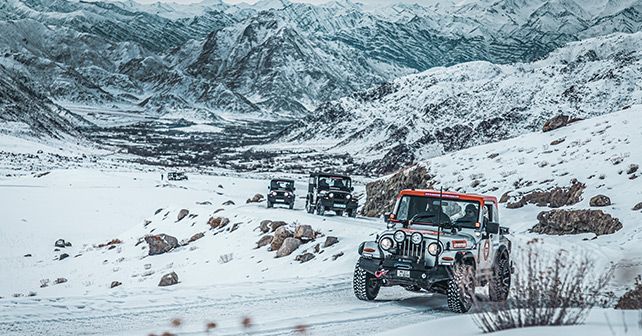 Thar Dominance
The Thar simply took on anything that came in its path. And once we switched to the low-range of the four-wheel drive gearbox, we quickly learnt that the Thar is highly capable of handling icy conditions. We didn’t require snow chains because the weather was on our side, but we did encounter some challenging terrain.

As we continued, the path began to flatten out, making our drive relatively easy to the top of the mountain. After a brutal, but exciting, two-hour climb, we finally reached the top of Wari La Pass. The Mahindra Thar, once again, showed us why it is perhaps one of the most loved adventure vehicles in India. It really is capable of taking you virtually anywhere with an experienced driver behind the wheel.

The view from the top of Wari La Pass was breath-taking, but, unfortunately, we couldn’t spend much time up there because the temperature was minus-23 degrees. And, to be honest, I was getting a bit desperate to return to our warm and cosy hotel.

Ladakh, in winter, is truly a sight to behold, and if you ever get a chance to visit during this time, pounce on it. Believe me, it’s worth all the trouble – with the necessary precautions, of course! Or else, you can always sign up for Mahindra Off-Road Academy Snow Survivor to enjoy one of the most unique adventures in the world.