Home » Travel » Exploring local cuisine in Kashmir, Himachal and Punjab in an Audi A4

Exploring local cuisine in Kashmir, Himachal and Punjab in an Audi A4 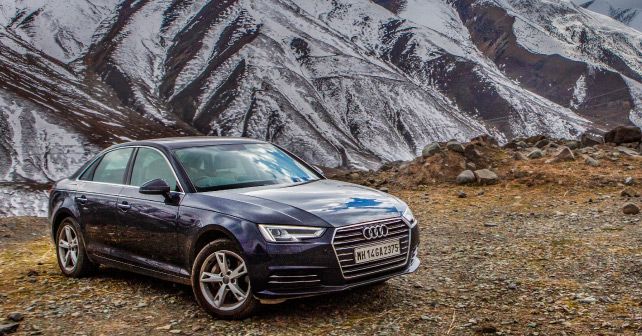 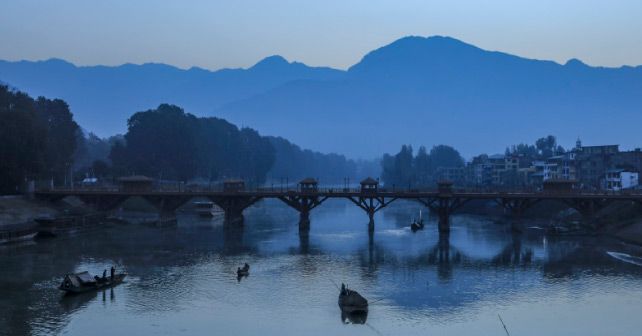 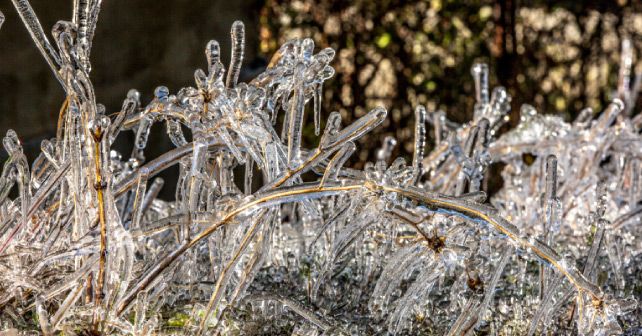 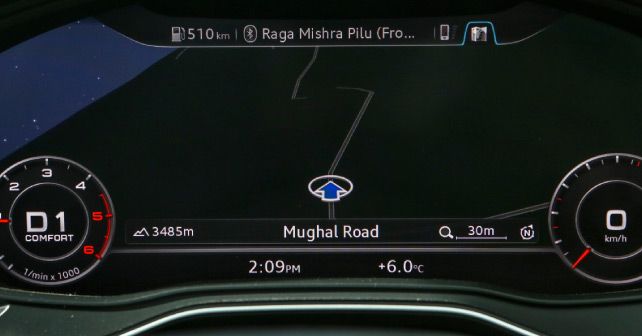 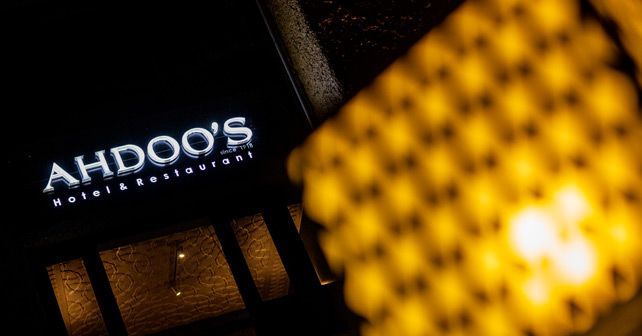 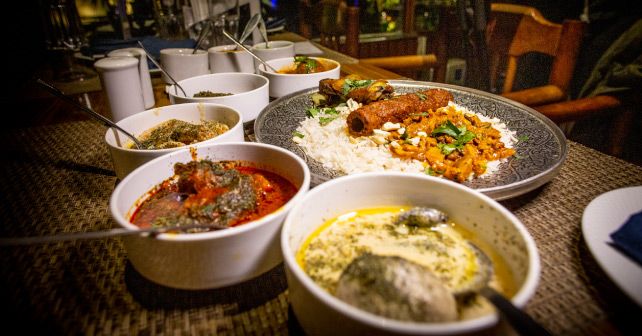 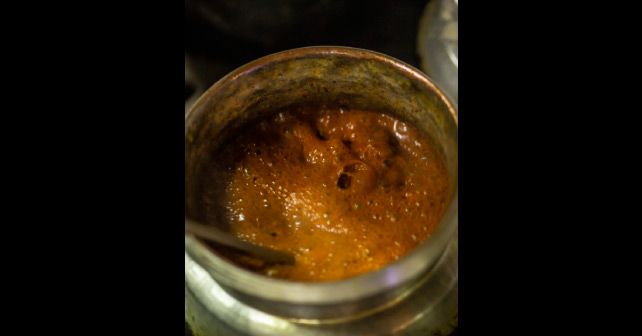 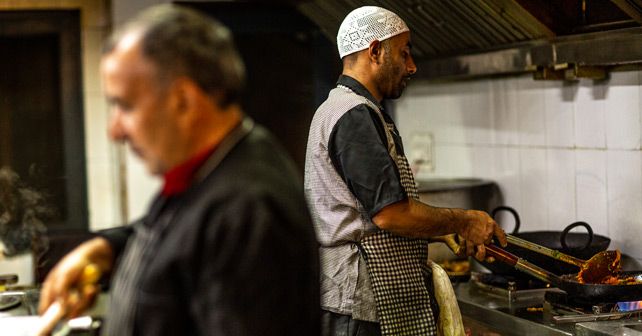 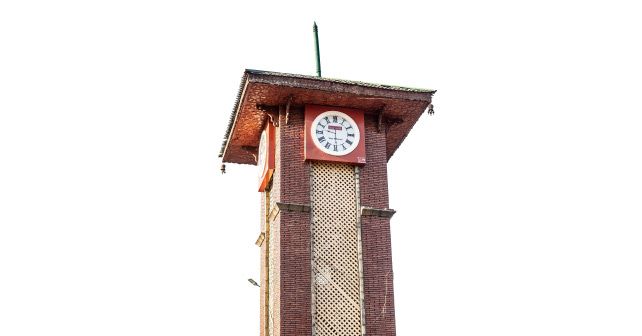 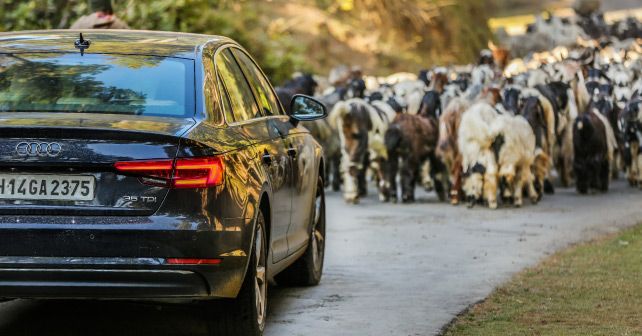 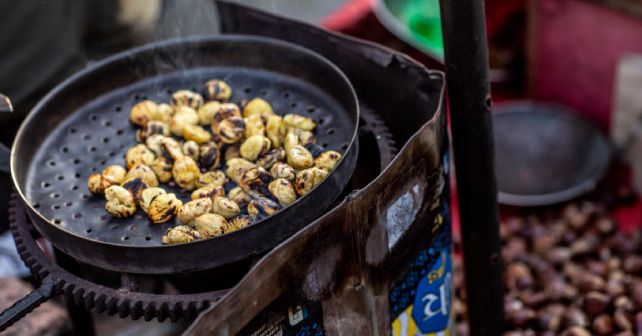 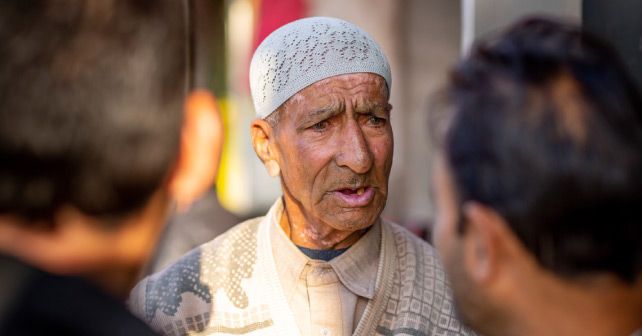 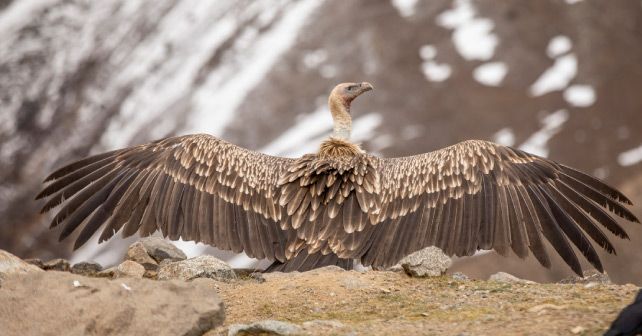 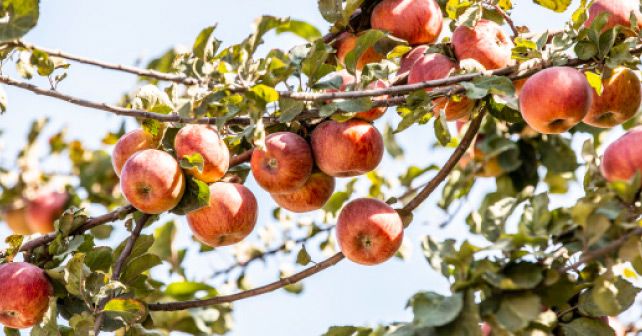 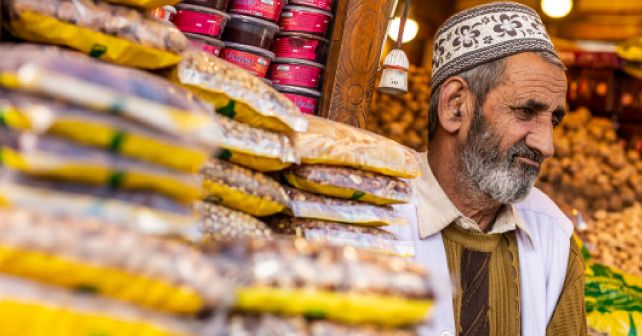 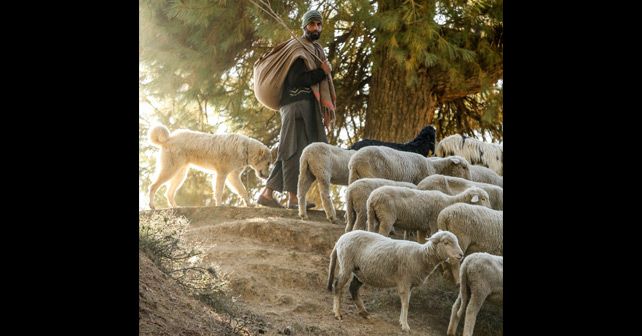 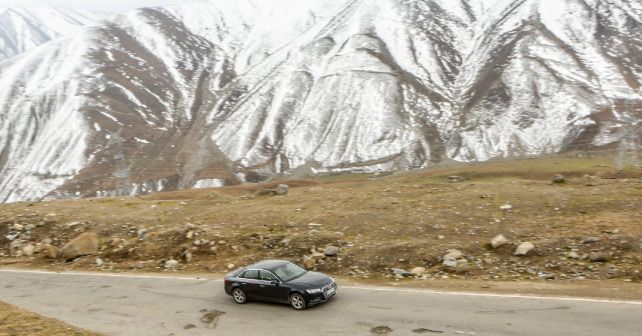 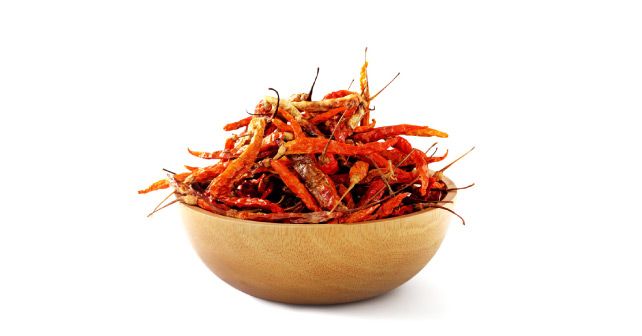 A road trip should consist of a great car & good food. So, join us as we drive through multiple States in the search for some mouth-watering delicacies. In the first half of this journey, we head to Kashmir, in the hunt for unparalleled natural beauty and the finest Wazwan in the world.

It’s not everyday that you get a dream road-trip handed to you on a platter – literally. In the midst of our crazy Anniversary issue schedule, Ed came up to me and asked if I would be willing to undertake a week-long road trip to discover some good food in Kashmir, Himachal and Punjab? My reply to this ludicrous question was something to the effect of – does the sun rise from the east? Is it hot in summer? Do you get wet in the rain? You get the idea – right?

The next step was to figure out the logistics for the trip. Of course, I jumped at it – because I love planning. It’s a different matter, though, that most of my plans fall flat. Anyway, the idea was simple enough – take the new Audi A4 for a two-day drive to Kashmir and find some good Wazwan, and then head to the next destination. And, oh, the Ed did mention that the food better be good. Well, I’ve always loved a challenge – and this was as good as they come.

On the road to Srinagar
We’re all well aware of the fact that our roads are notorious, so I kept an extra spare tyre in the Audi A4 – our steed for this journey. So it was, on a sunny morning, that we were on the way to our first night halt for the trip – Jammu.

Soon, the hunger pangs kicked in, and so we made our first stop for breakfast at a dhaba that has long been a favourite of mine – Mayur Dhaba – just past Karnal. It’s a pretty large establishment, and their speciality is Tandoori Parantha. We began to gorge on some assortment of Paranthas stuffed with Aloo Pyaaza, Gobhi and Paneer. There were Mooli Paranthas too, but we avoided them for obvious reasons.

The night stay at Jammu was uneventful, as was our early departure to Srinagar. The real trouble began at Udhampur – well before the Chainani tunnel, which is an engineering marvel. As a result of some road widening work, the traffic was chock-a-block.

Consequently, we spent four-and-half hours covering just 13-kilometres. However, here the A4 proved to be a godsend. Thanks to its comfortable seats, the auto hold function and the automatic gearbox, my nerves were fairly calm for the extended period that we were forced to sit in traffic. Once we crossed the Chainani tunnel though, the progress was swift. We entered Srinagar and picked up my colleague, Kapil, who’d flown in from Delhi. Now, for those of you thinking of going to Srinagar airport or flying in to Srinagar, a word of caution – well, two actually. One, you can’t carry hand baggage on the flight to-and-from Srinagar. Second, when you enter Srinagar airport, you’re required to empty your car of all luggage – yes, the entire car – get the luggage X-Rayed and get yourself patted down. And this is the case regardless of whether you’re flying out of Srinagar or just going to the airport to pick up a passenger.

Anyway, it was now day three of the road trip, and other than the Paranthas at Karnal, I hadn’t eaten anything spectacular to justify the trip. Well, that was about to change. I was relishing some good, hot food given how cold Srinagar already was. Now, time for another lesson. The traditional cuisine of Kashmir is referred to as Wazwan. Serving a good Wazwan is a matter of pride for Kashmiris. Preparing the cuisine is considered an art in itself, which consists of a very large spread of dishes – served mostly at formal occasions.

Feast fit for a king
Venturing into the centre of downtown Srinagar demonstrates that this is, essentially, a perpetual conflict zone. There’s unbelievable security everywhere. Even in public parks, security personnel, with their big rifles, are a familiar sight. But the moment you enter Ahdoo’s, you forget everything, amid its slick décor and mood lighting. And the fact that its jam packed at meal times makes you feel that you could just as easily be in the middle of Mumbai, rather than Srinagar. Trusting the recommendation of the wonderfully patient manager, I finally ordered for myself what they call Tarami.

Served in an elaborate, and engraved, silver plate, Tarami comes with a portion of steamed rice, Mutton Seekh Kebab and a piece of Tabak Maaz as standard. On top of that – as you can see in the pictures – you can add another five dishes from the Wazwan menu. To keep it balanced, I ordered three non-vegetarian and two vegetarian mains – Rista, Karam Saag, Nadroo Yakhni, Mirchi Qorma and Gushtaba.

When you finally look at platter, you can’t but get intimidated by the sheer amount of food that you have on your plate. Every dish has a different look and feel, and the temptation to dig in is too great. I slowly and gradually sampled everything on the menu, but I can’t say that I preferred one dish over the other. Even the vegetarian fare, cooked in a Kashmiri style, was outstanding. But, if I were to recommend three things that were outstanding, they’d be the Rista, for the fantastic quality of the Mutton Meatball and balanced use of spices, the Karam Saag, for its distinctive Kashmiri flavour, and the Tabak Maaz for how delicious these double fried Mutton Ribs are. Of course, special mention must also go to the Mirchi Qorma. It tasted brilliant, but was mouth-burning hot – so if you have a delicate palette, it’s certainly not for you.

After a massive meal, we decided to stroll back to the hotel late at night. Now, you may think it’s not safe in Srinagar, but we felt perfectly safe in that beautiful locale – save for the fact that the security personnel outnumbered the civilians, or at least that’s how it appeared to me at least. Anyway, after that massive meal of the finest Kashmiri Wazwan – something I would highly recommend if you’re ever in Srinagar – it was time to call it a day, for the next day would be a long drive to Himachal.

Fate plays its hand
However, as fate would have it – it usually does – the next morning greeted us with some bad news. There had been a landslide on the Jammu-Srinagar highway the day before, and all outgoing traffic from Srinagar had been stopped. Now, this was a serious impediment to our already tight schedule. After some phone calls, I learned that we could take the Mughal Road to reach Jammu, but there was the rub – the distance was much longer and the roads much worse. In short, a formidable challenge for the A4.

To be honest, the Audi had been flawless thus far – it was comfortable in creeping traffic and on the highway. It had been incredibly efficient too, in terms of fuel economy. The excellent music system, with Apple CarPlay, had kept us entertained, and the Virtual Cockpit was simply brilliant. The intuitive navigation, meanwhile, was very easy to use.

But now, it would be challenged! Join us next month, as we attempt to make it to McLeod Ganj for some Himachali fare. To be continued…

We ordered a Wazwan Tarami at Ahdoo’s in Srinagar, the finest place to get authentic Kashmiri food. Loaded with five Mutton and Lamb dishes, as well as two vegetarian ones, served on a beautiful silver platter, it truly was a meal to savour. And remember.

Walking around Srinagar’s infamous, and busy, Lal Chowk was an experience in itself. We got to sample multiple types of street food and witness everyday life in Srinagar.

The Audi A4 was flawless througout the entire journey. It was comfortable when creeping in traffic, as well as cruising on the highway – but it was properly tested on the Mughal Road. 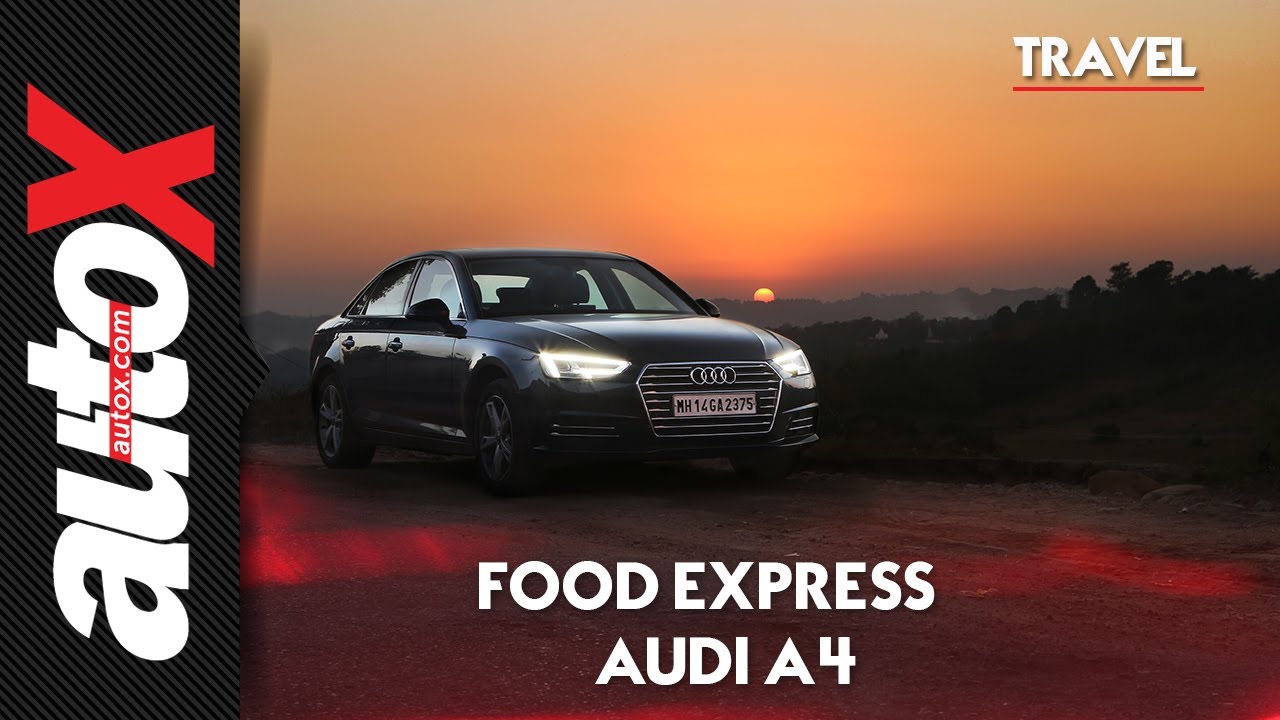