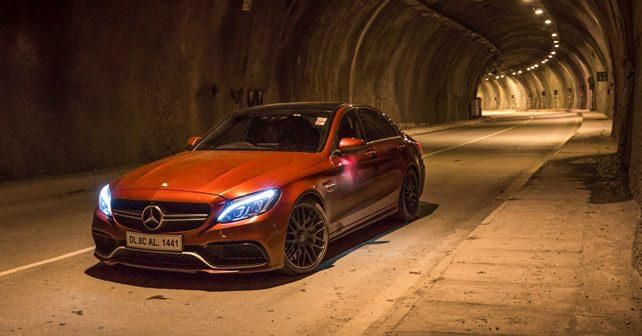 You may not think so, but building a high-performance car and a landmark of civic infrastructure has many similarities – both need skill, precision and experience. So, to get a taste of both, we hit the road to explore the latest Indian engineering marvel, the Chenani-Nashri tunnel, in a monster from Affalterbach – the C 63 S AMG 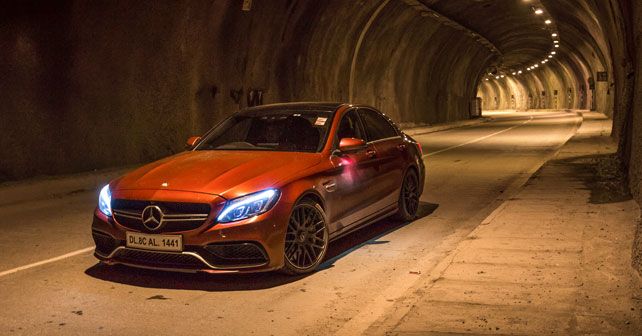 Getting up early in the morning is a bit of a pet peeve of mine. Having been a nocturnal animal all my life, early mornings, for me, are very painful. I’d rather be in the land of nod as opposed to out watching the sunrise – as spectacular as it may be. However, it’s always been a dream of mine to drive a properly ‘fast’ car across the country – just to see what the experience is like, given our roads and infrastructure (or lack thereof). As for my steed, well, it doesn’t get much better (or faster) than the Mercedes-AMG C 63 S.

I still have vivid memories of when I first drove the last generation C 63 – it was a beast, to put it mildly, and completely changed my perception of what a relatively compact car with a big engine was capable of. Off-the-line acceleration was immense, and if the conditions were conducive, that car could sit sideways all day long – or at least until it melted its rear tyres. And, of course, there was that guttural symphony of a soundtrack – which still rings in my head every now and then. 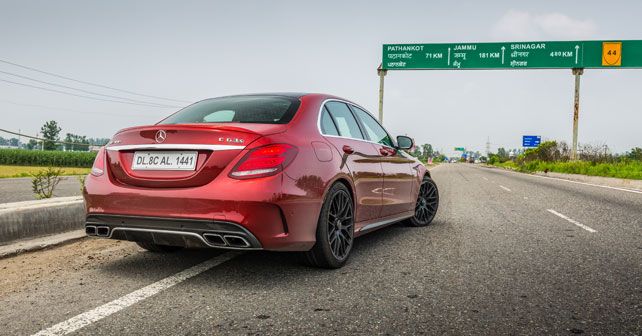 However, with the second-generation C 63, the engineers from AMG took a slightly different approach. The engine went from a 6.3-litre naturally aspirated unit to a 4-litre twin-turbo motor – mainly to meet the exceedingly demanding emissions standards. However, that didn’t stop the engineers from bumping up the power output to over 500bhp – 503bhp to be exact. The C 63’s design too was tamed down slightly, so the car doesn’t shout about its aggression like it used to. But if you know your cars, you won’t mistake the C 63 S for anything but an AMG. The bulging fenders, lowered suspension, front and rear air dams and those quad tailpipes offer enough visual clues about the car’s aggression. Of course, if you miss all of that, there’s still the visceral soundtrack to give every indication that the AMG engineers still know how to make a car sound right – despite turbocharging trying to stop them from doing so. 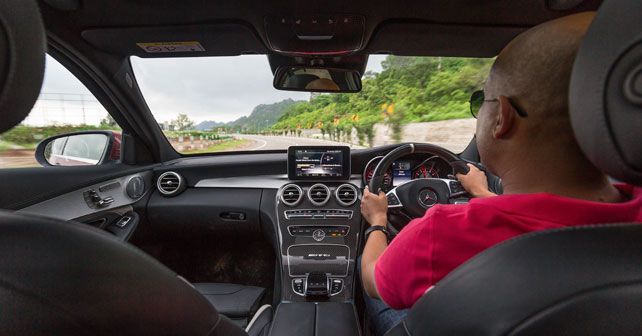 Our pursuit of top-of-the-line engineering marvels, which the C 63 S represents for AMG, led us to think of a road trip where we could match it to another marvel of engineering. And with its recent opening to the public, the new Chenani-Nashri tunnel was the perfect match. At a length of 9.3 kilometres, the tunnel is not only the longest road tunnel in India and Asia, but it’s also important to note that it’s been constructed at an altitude of over 4,000 feet – making the achievement that much greater. And with a tunnel of this length come a variety of issues that need to be taken care of – safety for instance. Since a mishap in the tunnel can be potentially very dangerous, there is also an adjoining escape tunnel built alongside for quick escape. Also, there is a robust ventilation system in place, which ensures that the tunnel doesn’t have excessive CO2 levels. 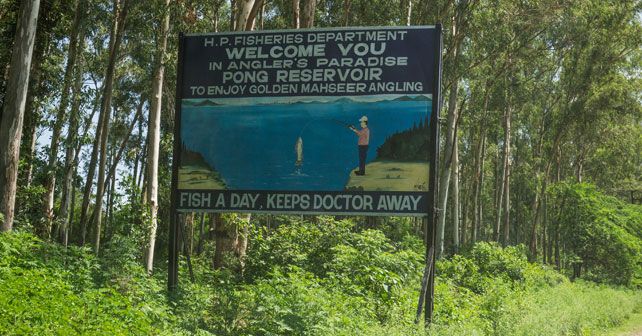 So, having determined our steed of choice and our destination, I got up at an ungodly hour to set out at the break of dawn from Delhi in the AMG – thundering on towards the Grand Trunk Road to travel through Haryana and Punjab, before entering the state of Jammu and Kashmir. An hour into the journey, we faced our first infuriation – boy racers in their SUV’s. You see, the C 63 S produces an exhaust note that’s hard to ignore, which naturally means that every Tom, Dick and Harry thinks it’s an invitation to race – and that can be quite annoying, not to mention dangerous. However, in the C 63, you can deal with them in two ways – the easy one is to use the throttle to make them appear like a speck of dust in a few seconds. But with a long journey ahead of us, I chose to take the other, more difficult option of exercising restraint and letting these boy racers pass – making their egos inflate and ensuring that I was left alone, cruising at leisure. 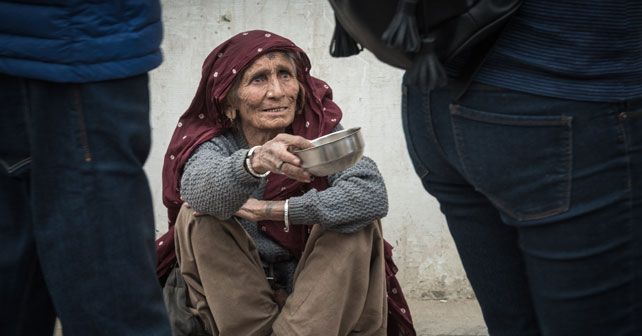 However, there are a few things about performance cars that you begin to understand once you start using them for long distance travel. First, fuel stops are frequent since these cars are primarily designed for outright performance. The other observation is the breadth of performance that is available under your right foot. With our traffic being what it is, we got slowed down to ridiculously low speeds every now and then by a truck or a slow-moving car in the fast lane. It’s only when you get out from behind that vehicle and start accelerating that you realise the performance potential of the machine you’re in. From around 30km/h to a cruising speed close to five times that just takes a prod of the throttle, which means that you leave the traffic behind in a flash – till you meet the next slow-moving truck in the fast lane, that is. 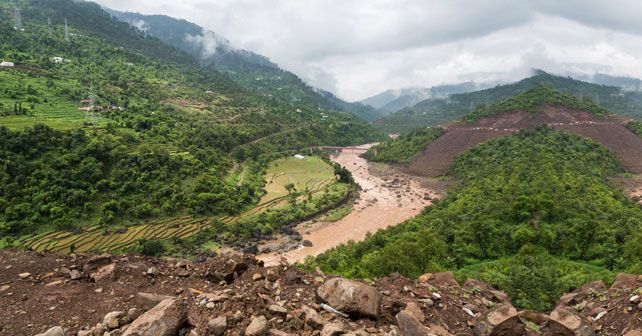 Come to think of it, in many aspects, the C 63 S appeals on a very visceral, child-like level. The exhaust note, and the way the car pushes you back into your seat when you accelerate hard, for instance. Perhaps it reminds me of how much I enjoyed the sheer thrill of speed as a child – and still do! So, on the road between Ludhiana and Pathankot, I got to do something that is perhaps a childhood fantasy of most kids. You see, that stretch of highway largely runs parallel to a main railway line with the track running just a few feet from the side of the road. Naturally, I was hoping to encounter a train alongside. And lo and behold, there was a fast express running right ahead of me. So, naturally, I prodded the throttle on the first empty stretch of highway so that I could race the train. Fantasy done and dusted! To be honest, passing the train wasn’t difficult at all – given the C 63’s performance capabilities, even our fastest train can’t keep up with it. That aside, the five-year old inside me was filled with a sense of achievement and satisfaction. 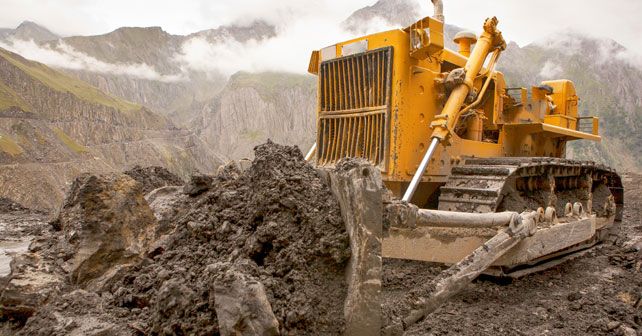 As we were just about to reach Pathankot, we hit another beautiful piece of road – the first bit of curvy tarmac thus far. Of course, I proceeded to flex my right foot and indulge in some driving fun. Carved in the middle of a hill, with rock faces on both sides, the exhaust of the C 63 S made enough of a statement to ensure that fellow road users didn’t get in the way. Needless to say, given the right roads, this car can be incredibly entertaining to drive. The journey from there to Jammu was rather uneventful. On entering J&K we were a little apprehensive about the security situation there. But we needn’t have worried, as life in Jammu, at least, seemed to be absolutely normal. 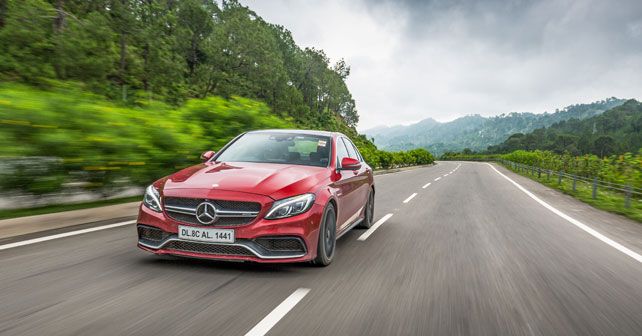 After a good night’s rest, we got up at 3:30am to make sure that we were at the Chenani-Nashri tunnel at daybreak. But, the weather Gods had other ideas. The moment we set out from Jammu, it started pouring. However, for the first 50-kilometres or so, the road heading from Jammu towards Chenani is an absolute marvel. Four-laned, free of traffic and beautifully maintained – another winding road that makes driving a real pleasure. And I truly enjoyed throwing the C 63 S around on the beautiful tarmac. This is a very different road from what I remember of five years ago.

But, about 30 or so kilometres before the tunnel, the road completely broke down as there was road-widening work taking place. Immediately, our progress was slow and painful. To add salt to our wounds, the slush meant that the beautiful red of the AMG was slowly turning to a dark brown. 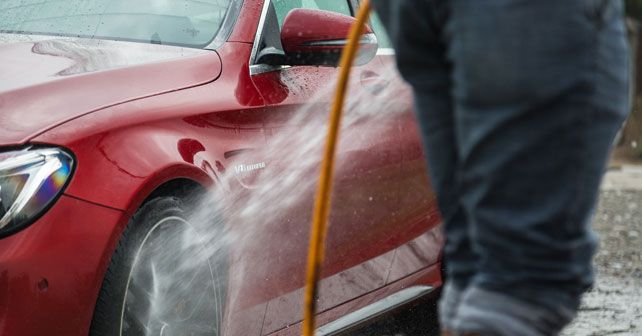 However, after struggling with bad roads for over an hour, we finally made it to the Chenani-Nashri tunnel. And what a sight it was in its enormity. It was also heartening to see that the latest technology was being used actively all through the tunnel – and, for once, people seemed to be following the rules of the road. It’s only when you drive through this tunnel that you actually start realising the sheer enormity of the task that the builders of this tunnel must have faced. Digging through nine kilometres of Himalayan rock is no easy task – made worse by the altitude. And seeing how expertly they’ve managed to integrate safety systems throughout the facility makes one’s heart swell with pride. If I didn’t know I was driving in Kashmir, this tunnel could easily have been a state-of-the-art tunnel in Europe – such is the engineering prowess and quality of work. Naturally, this will be immensely beneficial to the people of the area – not to mention travellers like us who drive ridiculous distances just to see a new tunnel! Of course, before leaving the tunnel, I had to indulge myself in another juvenile fantasy – blaring the exhaust of the C 63 S AMG in the tunnel in order to hear its guttural roar and gunshot-like pops reverberating through the tunnel. Having had my fill of the tunnel, it was time for us to turn around and start the journey back home. But, not before I got to explore the beautiful driving road just short of Jammu once again. If you own a high-performance machine like an AMG, the only thing I can recommend is to actually get out and drive. 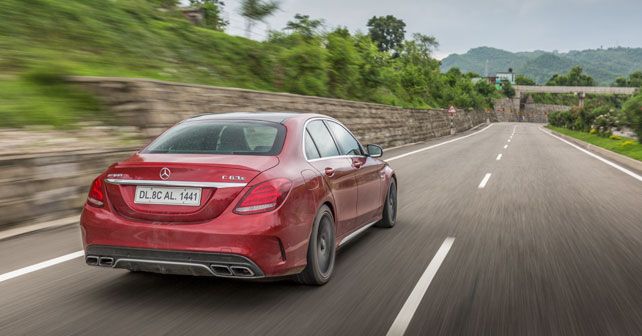 As for me, having enjoyed the C 63 S AMG for over 2,000-kilometres on a variety of roads, and having had the opportunity to devour its soundtrack in the ground-breaking (literally) Chenani tunnel, let’s just say that getting up early in the morning on multiple occasions had been completely worth it. I also learnt that driving a fast car long distance in our conditions is totally possible. Now to look for the next engineering marvel that we can explore… 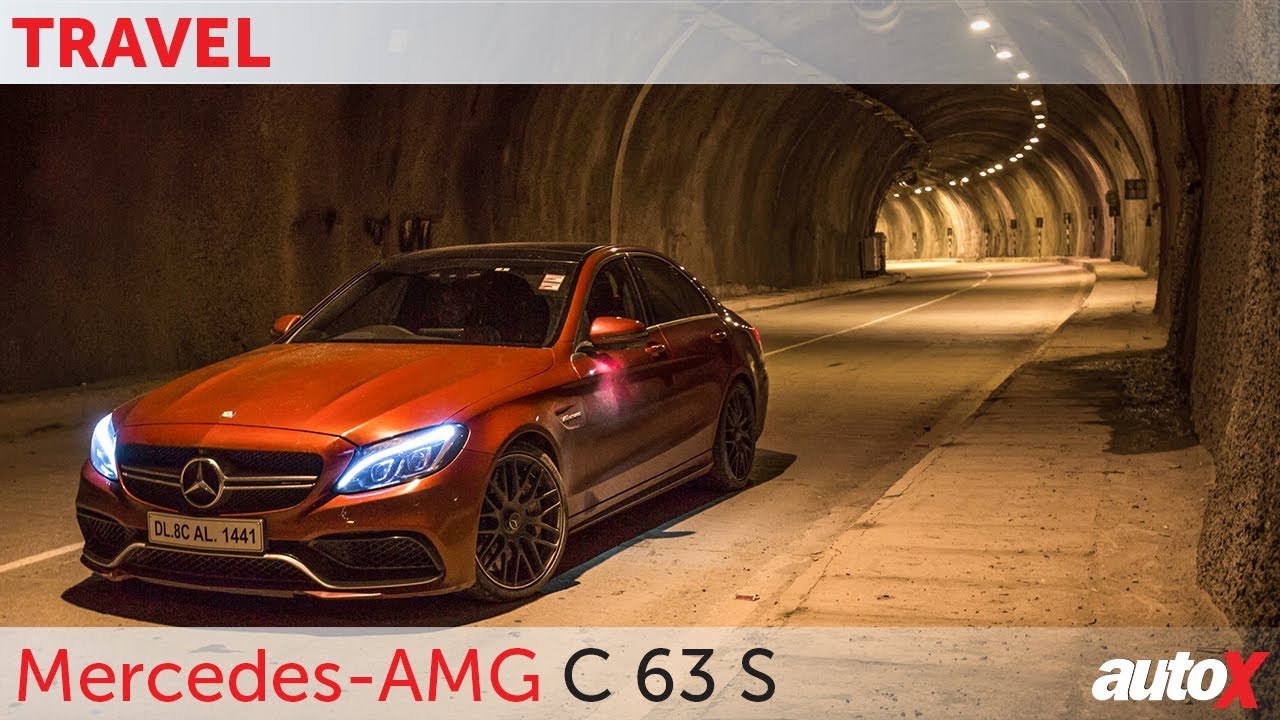 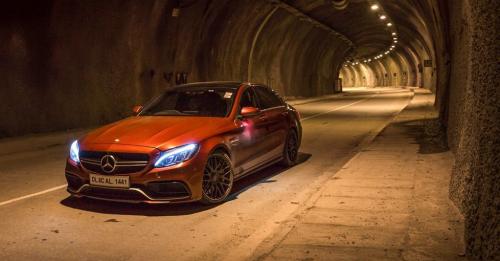 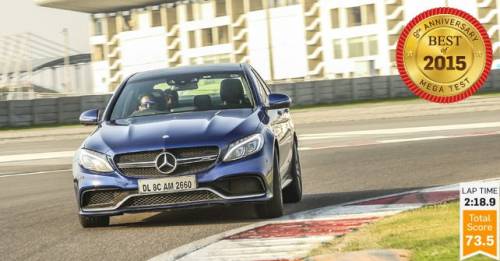