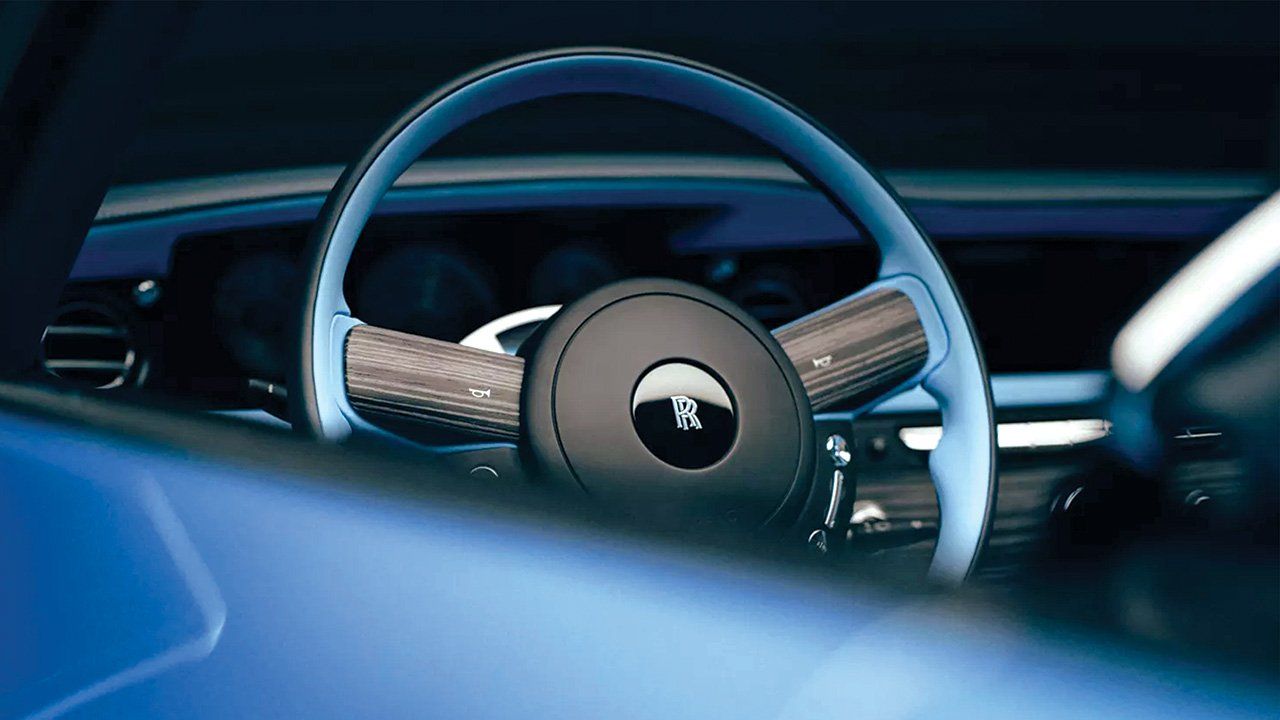 In the world of luxury, coach-built Rolls-Royces have long been a hallmark of taste and prestige. For over a century now, some of the most collectable cars in the world have been custom-built Rolls-Royces, which were tuned and tweaked in a variety of ways – including their designs, colours, interior trims, and even the choice of wood and seating arrangements – to perfectly suit the tastes of their owners, who were not only very rich but also, usually, enjoyed a position of power. Before independence, India was a priority market for Rolls-Royce cars – numerous Maharajas and royalty owned some phenomenal cars, which are highly sought after even today. 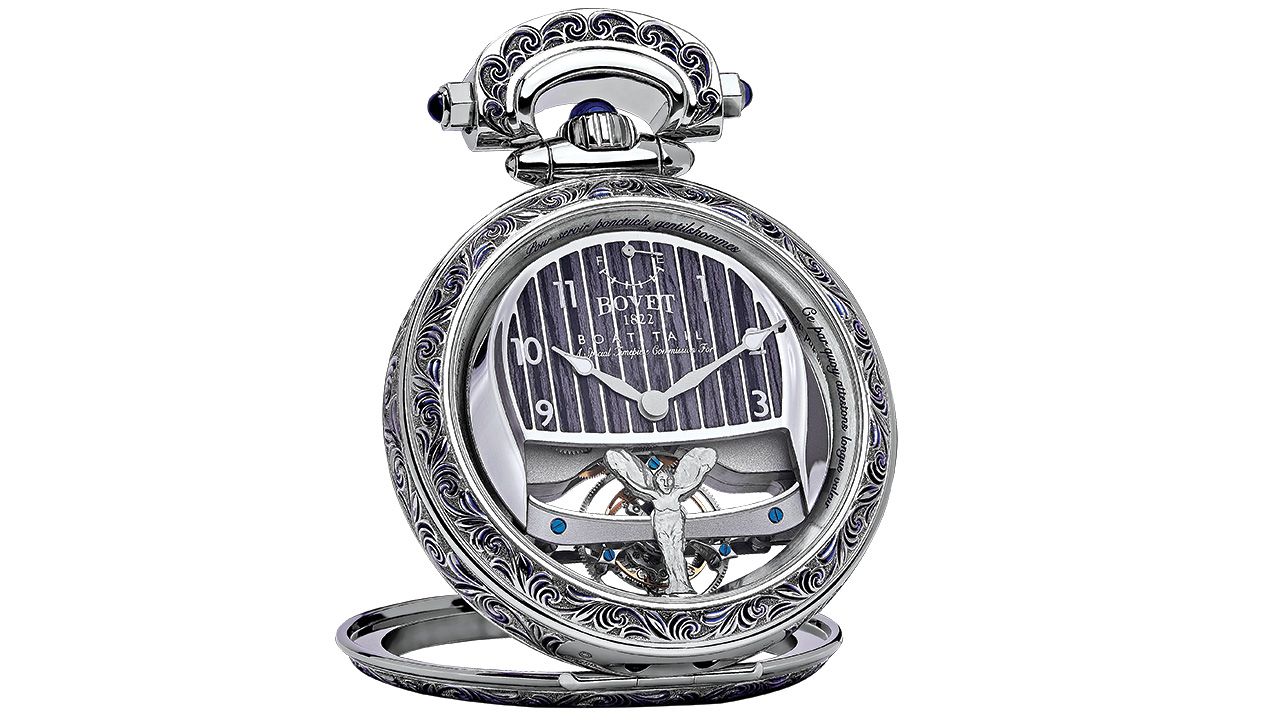 Similarly, custom watchmaking has also been around for centuries – numerous brands have produced custom pieces over the years for various wealthy buyers and collectors. In fact, some of the most complicated watches in the world have been commissioned by such watch enthusiasts. So, it comes as no surprise that Bovet and Rolls-Royce have collaborated to craft a pair of custom-built watches to perfectly suit a custom-built Rolls-Royce, making sure that one can truly enjoy a custom-built car in all its beauty and perfection.

The car
Of course, the whole idea behind this project came from a wealthy couple – no surprise there! – who wanted to enjoy a one-of-a-kind vehicle, specially customised to suit their tastes. And thus came the Rolls-Royce Boat Tail, which, in its design, mimics the boat-style tail – a design that was very popular during the heyday of coachbuilding in the 1930s.

The two doors of that tail element open up to reveal two custom-made compartments – one to hold the owners favourite vintage Champagne in a fridge, and the other to carry a full set of custom-made cutlery to enjoy a picnic for two, with in-built tables and pull-out chairs. 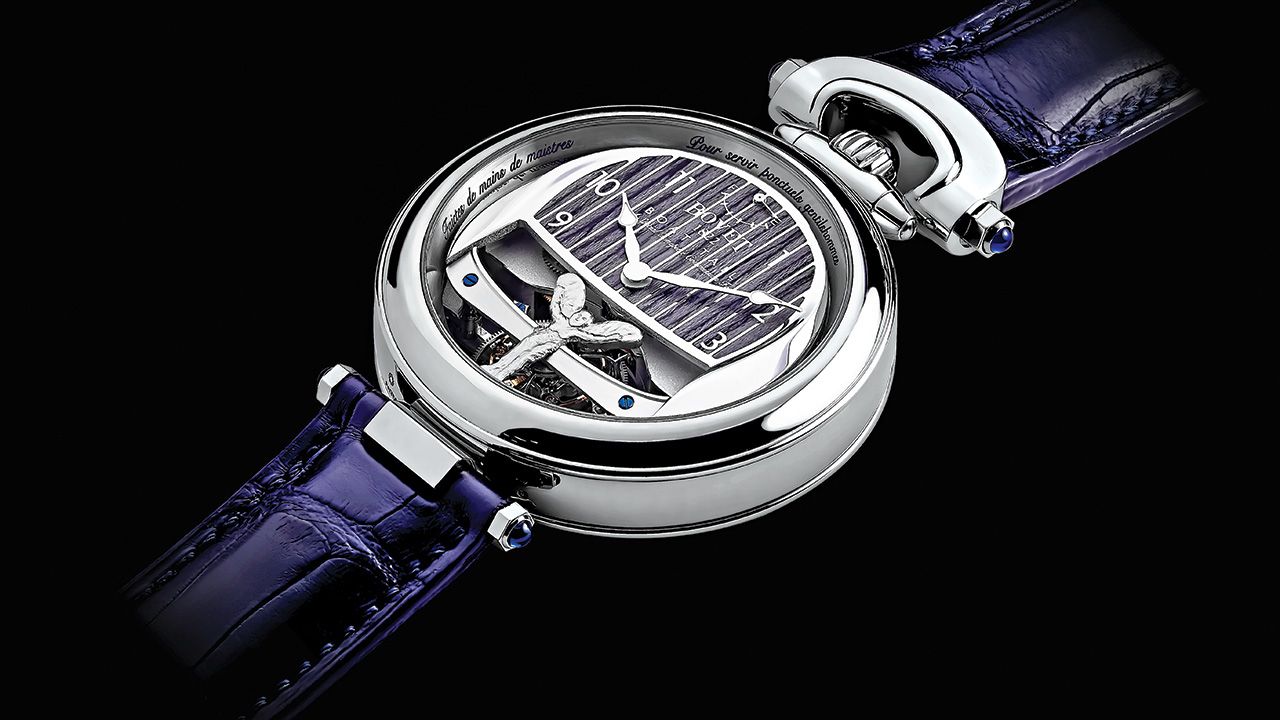 Where’s the watch?
But, of course, this is the Horology section, so where’s the watch? Well, in the past, we’ve seen many watchmakers and car brands work together to create custom clocks for luxury vehicles, but none have created bespoke timepieces as Bovet has done in collaboration with Rolls. The primary distinguishing factor between this and any other collaboration is the fact that the timepieces produced by Bovet and Rolls are actual wristwatches, which the owners wear on their wrist. However – and here is the twist – when they get into the car, the timepieces can be mounted at the centre of the dash, using Bovet’s Amadeo mounting system, thus transforming into the car’s clock.

In fact, as Bovet says, the Amadeo system gives these custom timepieces the ability to be worn like a wristwatch or a pendant watch. They can also be used as table clocks or even as dashboard clocks. It’s a mighty achievement indeed. 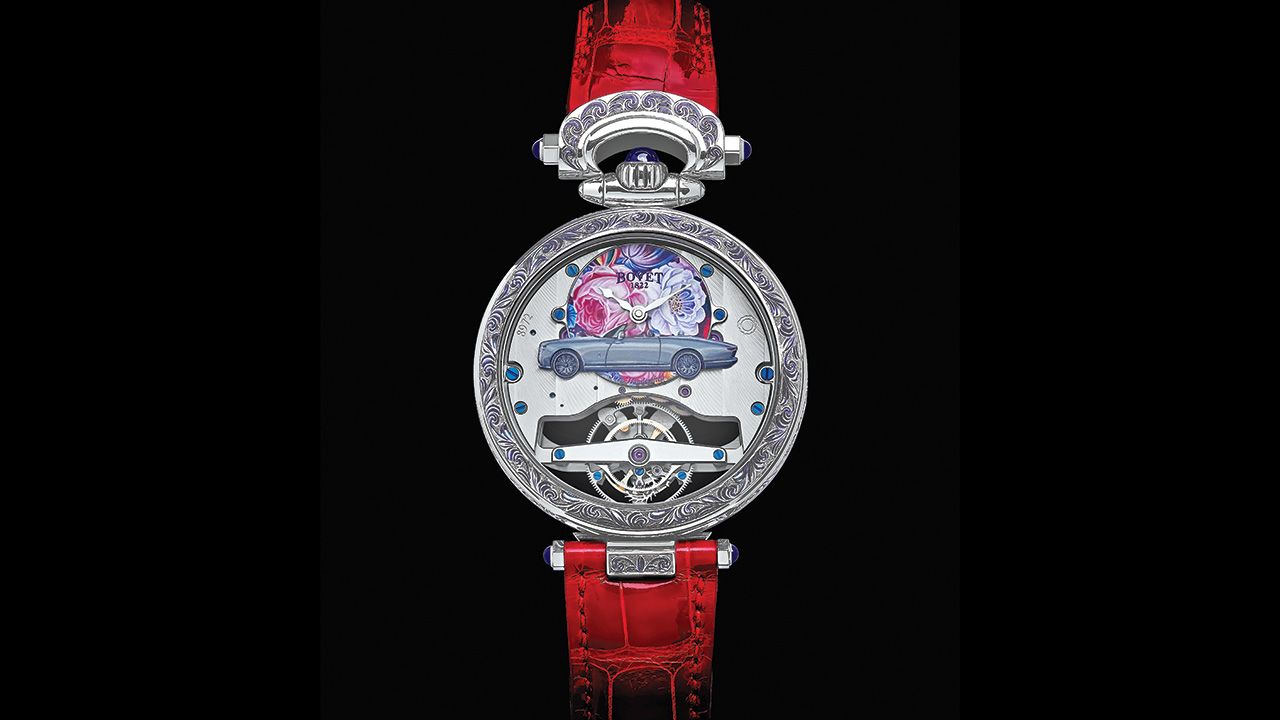 Of course, modern safety requirements are one hell of a mountain to cross, and keeping the spirit of true engineering and innovation in mind, the Bovet timepieces have gone through all phases of testing that an automobile goes through – vibration, temperature, humidity, and even crash testing.

Designed for the owners of the commissioned Boat Tail, two editions of the timepiece have been made – one for him and one for her. Both pieces use 44mm 18K White Gold cases, tourbillon movements, and custom dials on both faces. What distinguishes the two editions is the fact that the men’s piece features a polished case, while the women’s edition features ornate engraving. The two faces of both watches are also different. The front face features the same Caleidolegno wood used on the Boat Tail, with a hand-engraved ‘Spirit of Ecstasy’ on the tourbillon bridge. The reverse side is even more personalised – the men’s piece features an aventurine dial, while the women’s edition gets a flower bouquet on a mother of pearl dial. Both faces also get a sculpture of the Boat Tail in profile, painted in the exact same colour as the actual car.

While most of us would probably never be able to commission such a car or a timepiece, it’s heartening to see that the fine tradition of custom-built watches and cars is once again rising to new heights, resulting in some exquisite pieces of art.

Bovet’s patented Amadeo system allows the timepieces to be easily converted from a wrist watch to a dashboard clock of a car. 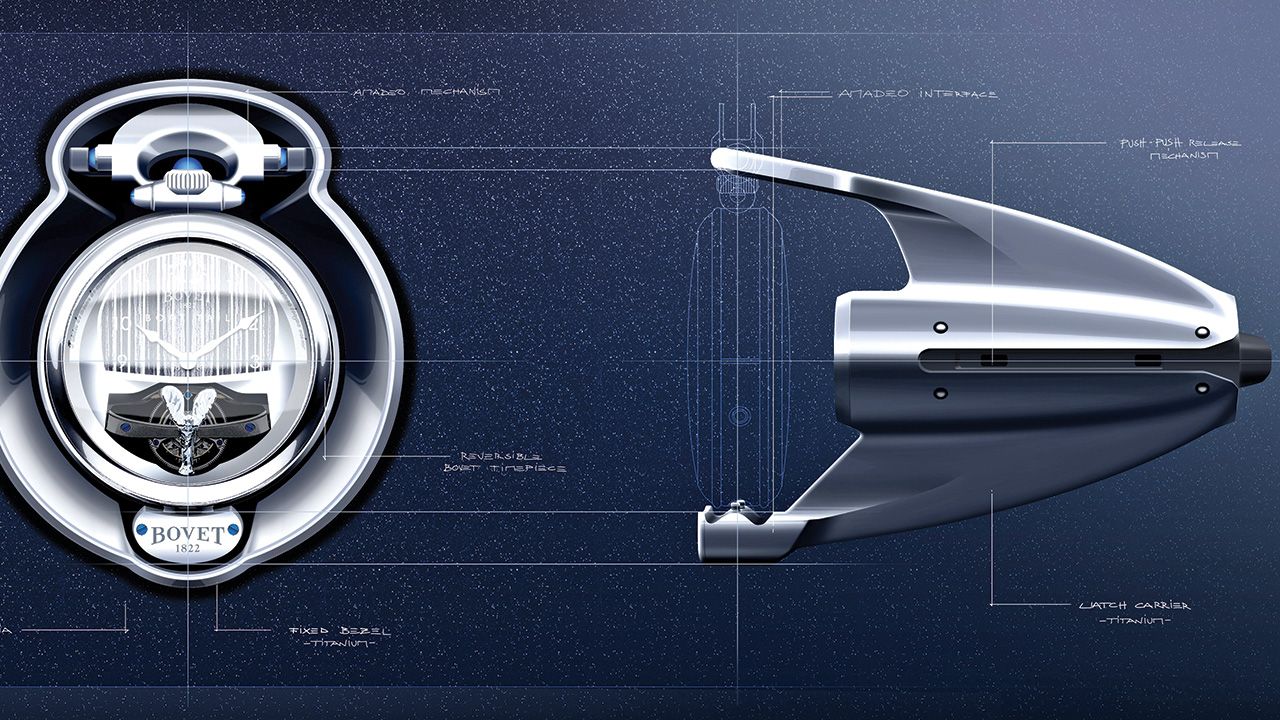 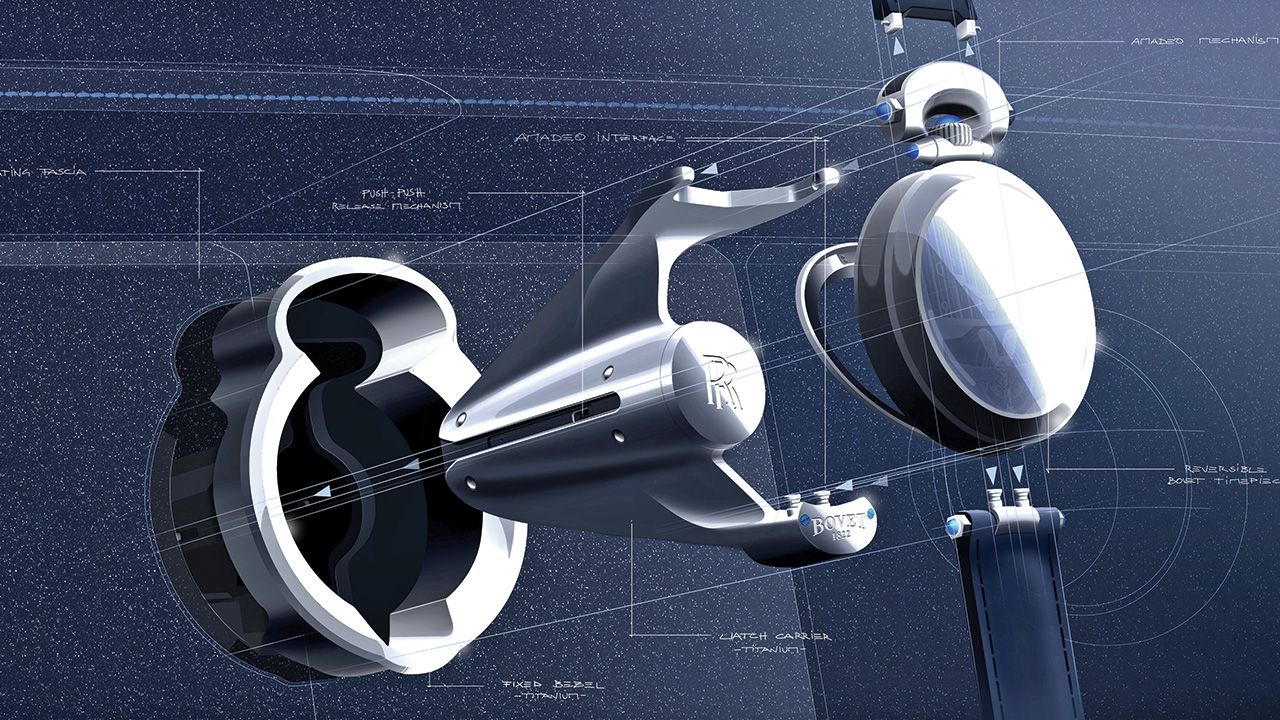 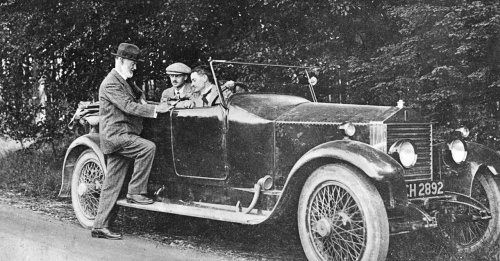 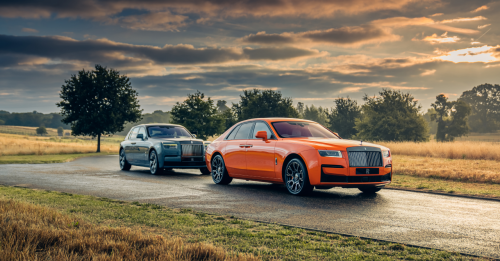