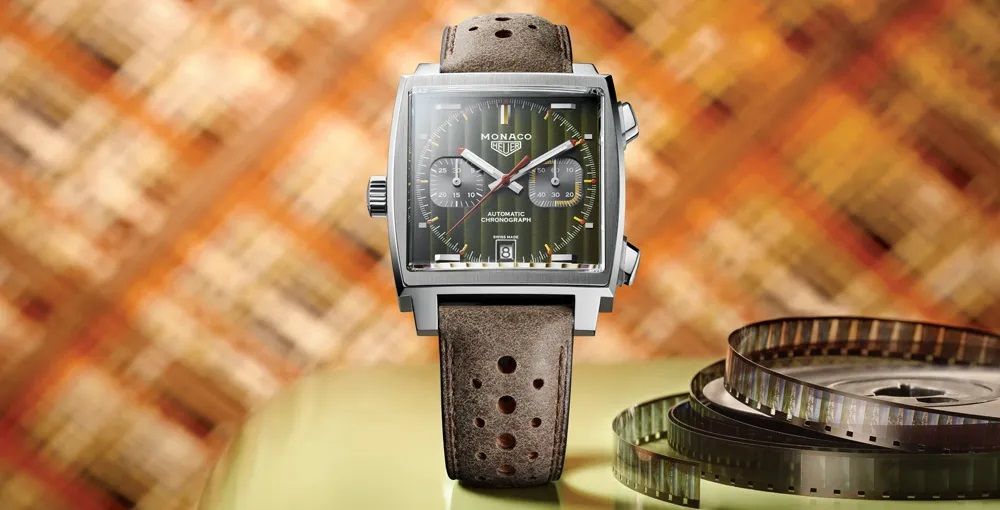 The First Decade
The first of our two watches is none other than the Tag Heuer Monaco 1969-1979 LE – the first of the five limited edition Monacos to mark and commemorate 50 years of the model. Introduced in 1969 in the honour of the Monaco Grand Prix, the Monaco revolutionised the industry by being the first automatic chronograph – and also the first popular square shaped watch. Now, Tag Heuer chose the Monaco Grand Prix this year – could there be a better occasion? – to unveil the first of the five LE (Limited Edition) watches to begin the 50th anniversary celebration of this iconic model. The watch will be limited to only 169 units.

It’s warm green dial and grey sub-dials, encased in a familiar stainless-steel square case, go rather well with the red and brown hands and yellow dial accents – a colour palette that’s reminiscent of the 70s. It continues to retain its motorsport-inspired design, which remains unmistakably evident.

Powered by the Tag Heuer Calibre 11, the Monaco 1969-1979 offers 40-hours of power reserve. Complete with a crown on the left side of the case and a brown calfskin leather strap with a stainless steel folding clasp, the Monaco 1969-1979 is not only a tribute to its own iconic history and fame – part of which definitely comes from its cameo on the wrist of Steve McQueen in 1971 film Le Mans – but also to a golden era of motorsport. 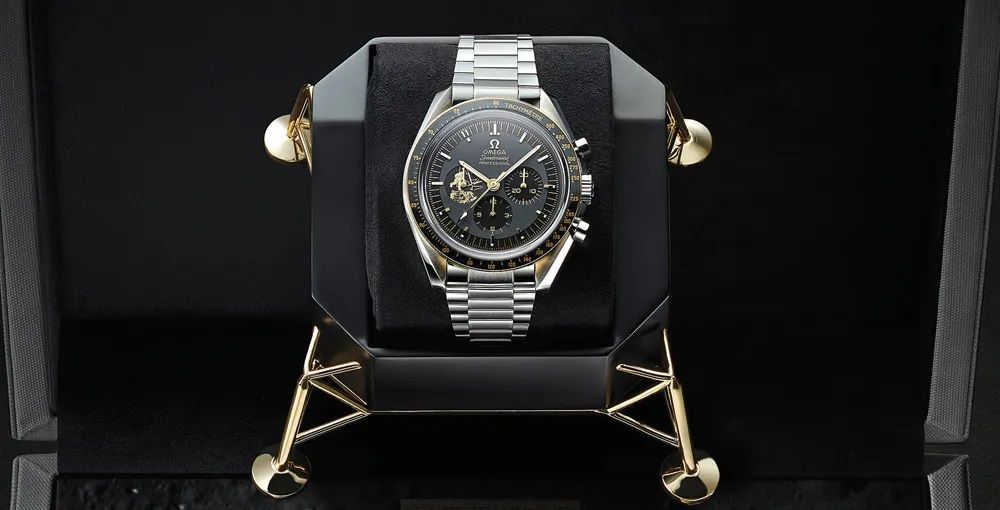 Moon Landing
Okay, the intro text may have been a bit misleading, for the next on our list is a watch that’s not celebrating a 50th anniversary of a watch per se. Don’t get me wrong, it’s celebrating a golden anniversary all right, but that of the Apollo 11 moon landing in 1969. I’m talking about the Omega Speedmaster Apollo 11 50th Anniversary Limited Edition watch – a tribute to the watch that adorned the wrist of Buzz Aldrin as he stepped on the Moon and created history (Neil Armstrong was first to set foot on the Moon, but he left his Omega Speedmaster inside the lunar module).

Powered by the Omega Master Chronometer Calibre 3861, the watch offers 48 hours of power reserve. The watch shows basic units of time – hours, minutes and seconds – and, of course, has a chronograph function. Inside its 42mm 18K Moonshine gold case sits a grey dial, along with black sub-dials for the chronograph, hour counter and running seconds. The circumference of the dial has a black track for hours and minutes, which adds to the overall appeal of the watch. All indices and hands are in 18k Moonshine gold, save for the central chronograph seconds hand – it’s PVD-coated in Moonshine gold. The sub-dial at 9 o’clock offers a very distinctive visual – a laser-engraved image of Buzz Aldrin climbing down on the surface of the Moon. The back of the case features another tribute to the astronaut – a laser-engraved image of his footprint, along with the famous quote from Neil Armstrong, ‘THAT’S ONE SMALL STEP FOR A MAN – ONE GIANT LEAP FOR MANKIND.’ 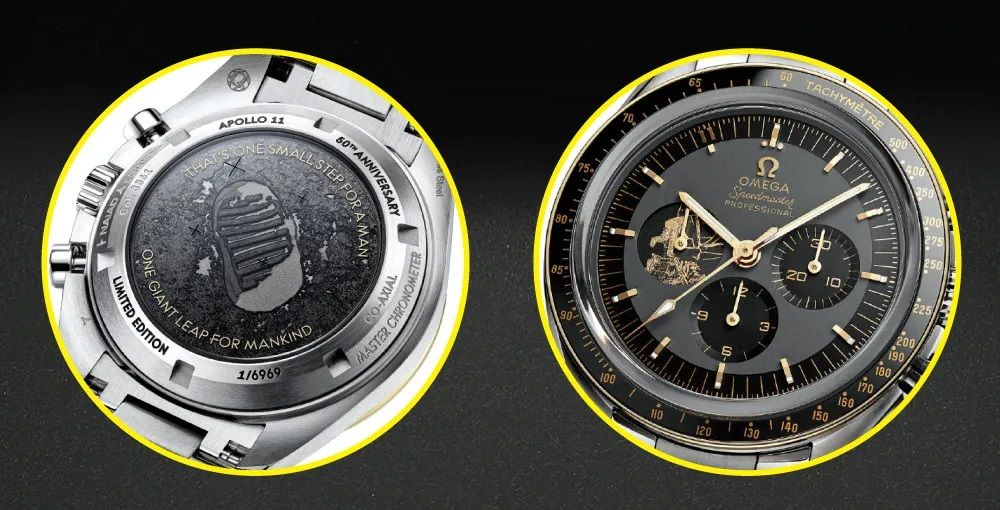 The watch is attached to a polished-brushed metallic bracelet with a vintage Omega logo. This 50th anniversary watch is limited to only 6,969 units.