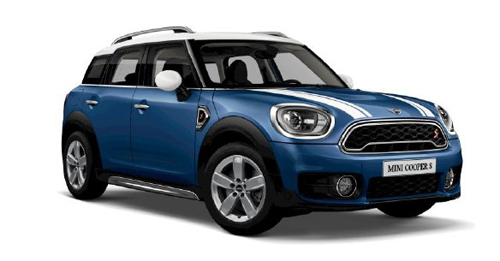 Mini's Countryman was the company's first five-door model under BMW ownership. Also, it's a Mini that isn't produced originally in the United Kingdom; instead, it is manufactured in Austria. The previous-generation Countryman was launched in India in 2012 and started being locally-assembled in 2013, which subsequently the company reduce the prices. Mini Countryman may not inherit the typical traits of a Mini Cooper, but it impresses with its space and practically, particularly in its second-generation form. It's surprisingly a hoot to drive too, but unlike the Cooper, the 2018 Countryman cannot be customised to suit your taste, but it does get a lot of features, based on which of the three variants you choose.

One look at the Countryman, will have you convinced that there is Mini DNA in its design cues. Up-front, it gets a sad face-like honeycomb grille, flanked by oval headlamps that have LED light ring surrounds. There are also fog lights mounted in the grille, replicating an almost rally-car like front-end. Then there are the racing stripes on the bonnet with a raised portion in the middle. Along the sides, it gets the plastic wheel arch cladding, and there's an indent on the lower half of the doors. And not to mention, the flared rear haunches. Viewed from the back, it looks a lot like the Cooper, except for its taller stance. It sports the Countryman badging across the tailgate, dual exhausts and large, soft-edged tail lamps. It weighs in at 1.5 tonnes and is based on the UKL2 platform that also underpins its German sibling.

The Mini Countryman variants are as follows: Coopers S, Cooper SD and Cooper JCW Inspired. Features include Heads-Up Display, panoramic sunroof, FindMate - Geo-Tagging for personal belongings - it lets users tag their stuff electronically, like suit cases and bags. If any of the items get misplaced, the connected apps will help in tracking what's lost. Then there is the Mini Connected App, ambient lighting, automatic tailgate, powered front seats with a memory function, a 6.5-inch touchscreen on the first two variants, while top-of-the-line model gets an 8.8-inch touchscreen unit, cruise control and the 'picnic bench' that can be pulled out from underneath the boot floor and tucked back in. On the safety front, Mini Countryman new model comes equipped with 6 airbags, reversing camera and sensors, ABS, Cornering Brake Control, Brake Assist and Dynamic Stability Control.

The Countryman's cabin feels a lot more well-finished and plush than ever before, justifying its on-road price. Mini Countryman, in terms of quality is, In fact, at par with rivaling compact luxury SUVs. A lot of retro touches find their way into the cabin, while the soft-touch plastics and chrome accents give the cabin a premium air. There are also LED lights incorporated in the dashboard that lights up beautifully. Even the colours of the lights can be changed via a toggle. Those circular aircon knobs, chrome-finished toggle switches, steering column-mounted dials and the pull-up door lock knobs with 'MINI' embossed on them, are all ideas buyers are bound to love. The front seats are very comfortable; so are the ones at the rear. There's quite a lot of legroom for rear occupants, with decent thigh support. Headroom too is good, and the backrest can be manually adjusted. You also get aircon vents at the rear.

The Mini Countryman is powered by two engine options: a 2.0-litre, TwinPower turbo petrol engine that makes 189bhp and 280Nm of torque, and a 2.0-litre, 4-cylinder, turbo diesel engine that produces 188bhp and 270Nm of torque. Paired to the engine is a ZF 8-speed automatic transmission. And it is a front-wheel-driven car. The petrol engine is quite responsive and has a strong top end. Put your foot down, and the car simply darts out of sharp turns. Thanks to the turbocharger, the mid-range is strong. It manages the 0-100kph sprint in a claimed 7.5 seconds. The gearbox responds quite nicely and is smooth as well. The diesel engine is surprisingly quick too, and this is the same engine from its German sibling. The best bit however, is the manner in which the Countryman drives. Its weight isn't felt all that much, and the steering is lively and well weighted, but it does get a bit heavy in the city. At low speeds, the ride is a bit firm, but once you build speed, it does tend to get better.

The Mini Countryman's ARAI-certified fuel efficiency figure is rated at 19.19kpl for the diesel model and 14.4kpl for the petrol models.

Mini has launched a special edition variant of the Countryman in India. Billed as the Countryman Black Edition, the new version comes with several blacked-out bits and is priced at Rs 42.40 lakh.... 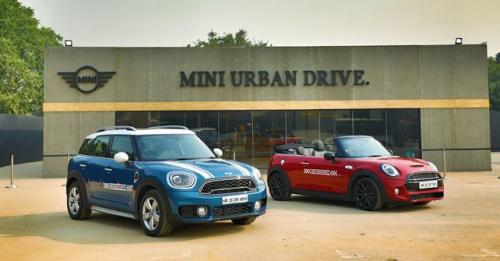 After thrilling the crowds of cities such as Bengaluru and Mumbai, the MINI Urban Drive experience paid a visit to Delhi NCR and Gurugram will play host to this boisterous event from 27-28th October.... 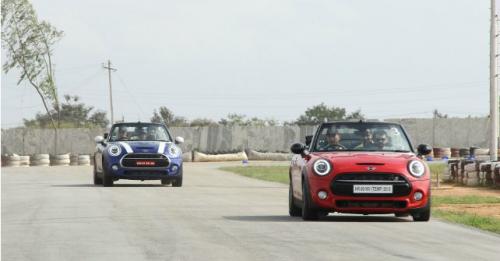 This unique experience event commenced last weekend in Bengaluru and will be organised in six more cities in the months to come. To give potential customers a chance to feel the Mini experience, the.... 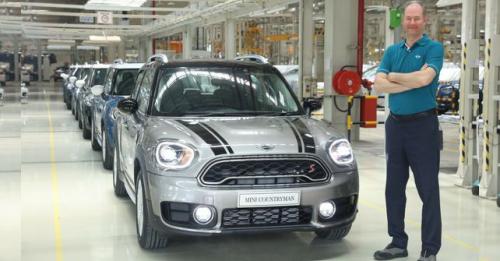 Mini has commenced the local assembly of all-new Countryman at BMW’s Chennai plant. The new Countryman was launched in India on May 3 and is priced between ₹34.90 lakh and ₹41.40 lakh....

Mini Countryman Price in Nearby Cities