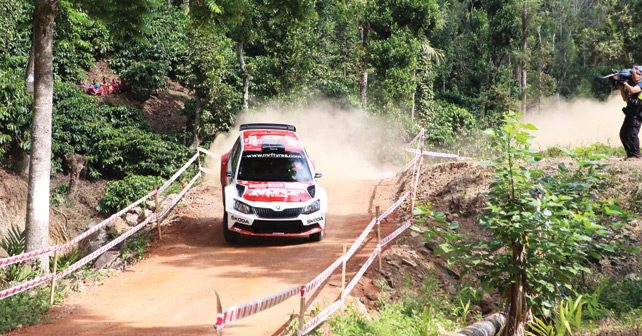 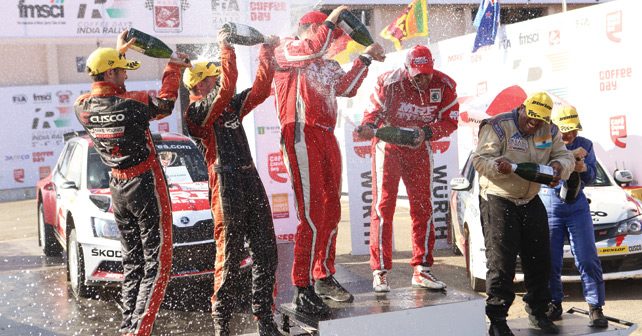 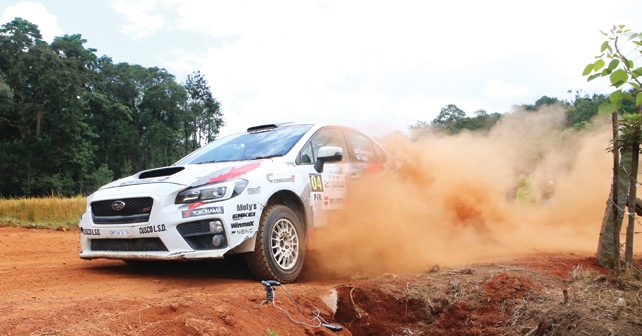 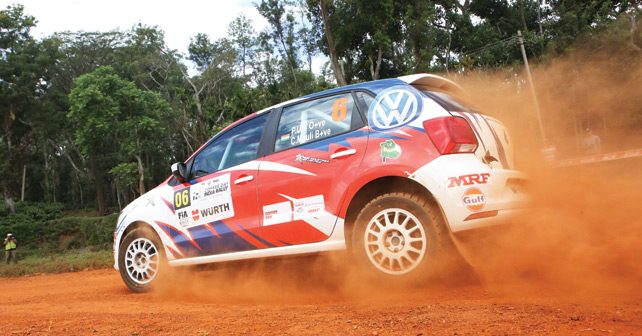 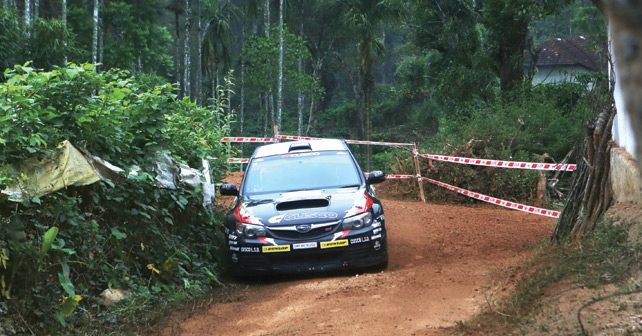 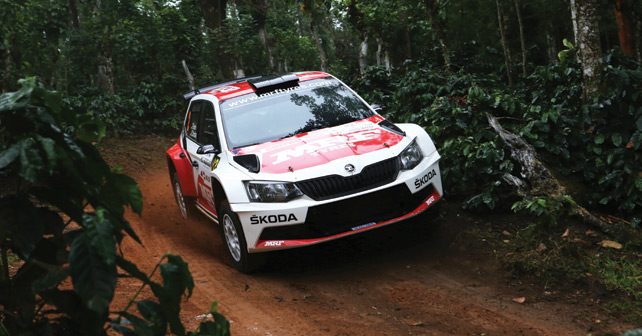 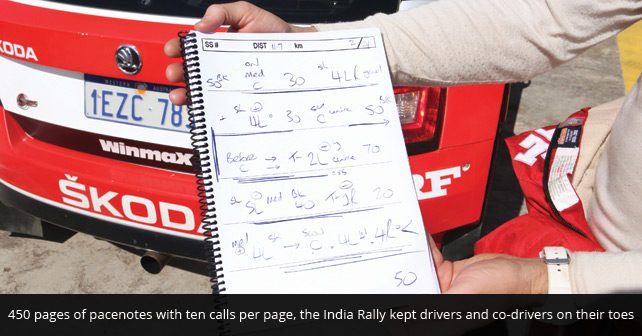 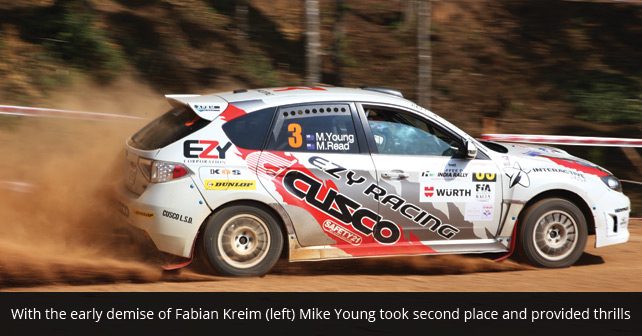 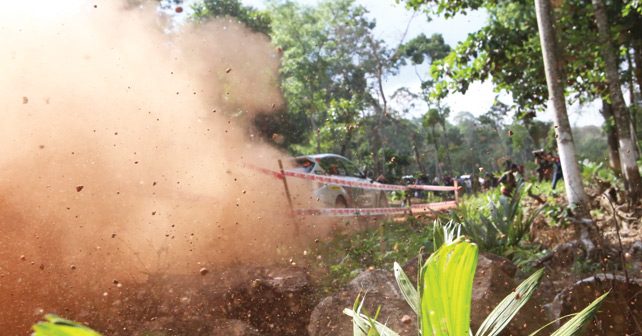 We went to Chikmagalur for the return of the APRC to India, to find that Gaurav Gill has outgrown the championship he has dominated this year.

Big fish in a small pond. I’m sure everyone has heard this saying and it applies in the case of Gaurav Gill and the FIA Asia-Pacific Rally Championship. It’s been brought up many times before too but never was it more apparent than in Chikmagalur, where during the ‘Rally of a thousand corners’ – as the India Rally had been referred to as by Gill – the 35-year-old from Delhi took what was essentially a victory lap after having clinched his second APRC title in the previous round in Malaysia.

The early demise of Team MRF Skoda teammate Fabian Kreim, because of a mistake on the second stage of the first leg of the rally, meant Indian rally fans could now see how much Gill had outgrown the stage where he first got a taste of proper international-spec machinery.

One could argue that Gill’s 2013 title triumph against a driver far more highly rated than Kreim – former Finnish national champion Esapekka Lappi – may count as a bigger deal, but how can one possibly deny the statement that winning every single round of a championship makes? Newly appointed APRC president Vicky Chandhok summed it up perfectly; “it’s not Gaurav’s fault that he has outgrown the championship.”

But then again, Gill had probably done so back in 2012 itself, which was a year before he even won the title. That season that saw him fighting with former junior world rally champions and WRC podium finishers – within his team and against a rival manufacturer – despite having a severe shortage of seat time in what was an incredibly advanced evolution of the Fabia at the time. It was proof that he didn’t need to be dividing his efforts between a front-wheel-drive, SUV-derived car in the Indian National Rally Championship and the kind of car he wished to drive on a regular basis on the European and world stage.

WAITING FOR A PUSH

Four years later though, and Gill finds himself in an odd situation of waiting for either MRF or Mahindra, with whom he competes in the INRC, to take their next motorsport step. There is no VW Group option with Skoda as their concern with the APRC is simply to give drivers in their program some extra seat time on gravel while they compete in the European Rally Championship or WRC-2. Gill has hoped that MRF put faith in the rally tyres they produce and back him to compete in those two categories as well. Otherwise he would have to hunt around for funds to back a privateer effort somehow.

With Mahindra it is all about waiting for them to go forth into the Dakar Rally and autoX has been privy to the Indian manufacturer at least contemplating an effort enough to reach out to the manufacturer of Dakar four-wheelers. How soon that intent gathers enough momentum to become a reality is anyone’s guess but word is that it should happen soon.

Even though the road to the Dakar for a four-wheel manufacturer is paved with far more financial hurdles than for a two-wheeler firm, it can lead to the same level of exposure that does a brand, or a participant, wonders. CS Santosh knows all about that as do Hero and even TVS because of their plans that see Indians in the competitive arena being backed by an Indian factory team.

While we wait, and speculate, however, there is plenty for us to marvel at when it comes to the best rally driver India has produced so far. That was brought home by the degree of difficulty over the 225.25 km of competitive stages at the India Rally that was held over the winding roads of the estate of Coffee Day, the title sponsors of the event.

To say that the stages were challenging were an understatement. There was literally no rest for either the driver or co-driver as one corner led into another and required constant concentration, with the result of not doing so being a rally-ending crash or even a puncture. There were 13 retirements on the first day alone, across the APRC, INRC and Indian Rally Championship field. Most significant of those was Kreim, with whom observers were hoping Gill would have an interesting battle as only he had the machinery to match. But going over a crest too fast meant hitting a bank on the outside of a corner and instant suspension failure.

The importance of pace notes was brought home by Gill’s co-driver Glenn MacNeall who showed us that the page count for the India Rally was double that of other APRC events. The normal count being one page of pace notes per kilometer. Which meant 450 pages of pace notes with ten calls per page! Imagine having to note all that down during a rally reconnaissance and then making sure it was read out at the right pace to keep the driver going fast. Not to mention Gill having to constantly hear those calls and focus on them one hundred percent, with one small mistake meaning a retirement.

Whether it was watching him in person or seeing on-board footage after the dust had settled – literally! – Gill’s commitment and skill was never in any doubt. In addition to which, he now has experience to boot. Which would make a move beyond the APRC akin to striking while the iron is hot. Old and clichéd, yes, but still true. The time has come for Gill to experience success and failure at a higher level. 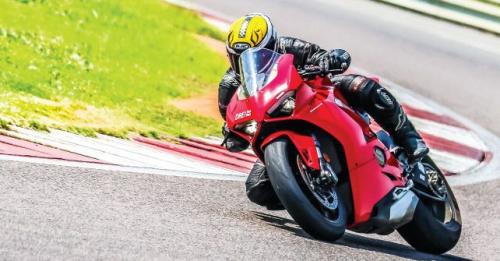 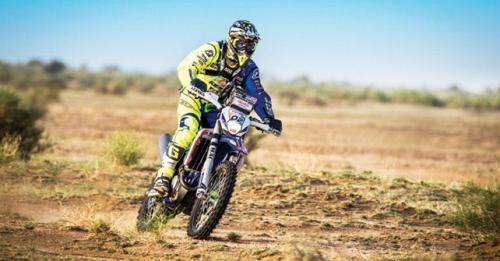 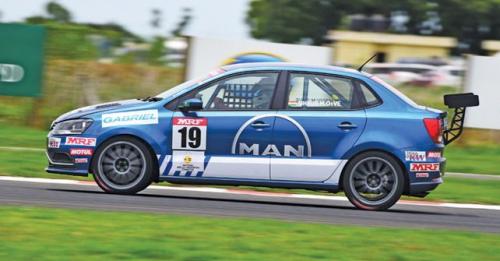 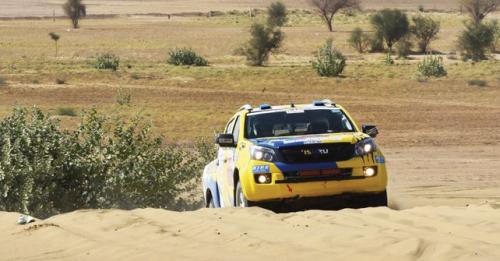 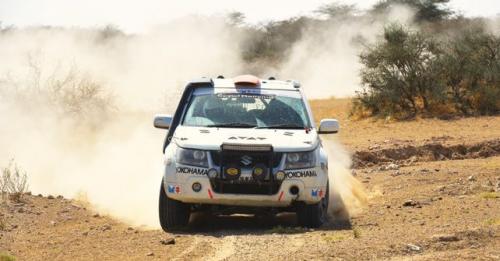