Soichiro Honda established Honda Motor Company Limited on September 24, 1948, in Hamamatsu, Japan. In October of the following year, Takeo Fujisawa, who became Soichiro Honda's lifetime partner, came aboard as the Managing Director. The two aimed to turn the company into the world's top motorcycle maker. That realization of this dream began through the sale of the Super Cub C100 in August 1958, their participation in the Isle of Man TT Race in June 1959 and the opening of the Suzuka Factory in April 1960.

As a mark of importance and to highlight the seed of Honda’s pioneering automotive work, exhibited at the entrance of the Honda Collection Hall in Japan is the bicycle equipped with an auxiliary engine made from a small, remodeled unit that had served as a power generator for an old No. 6 military radio transmitter (October 1946). This engine marked the origin of Honda Motor.

While talking about Honda bikes in India, in 1984, Honda and the Hero Group inked an agreement to manufacture and sell motorcycles in India under the brand entity, Hero Honda. However, this joint venture (JV) was considerably affected by Honda’s later decision to enter the Indian market through its Indian subsidiary, Honda Motorcycles India (HMSI) in 1999. Honda made its entry into the motorcycle segment with 150cc CB Unicorn - the first Honda bike in India – and followed this with the launch of 125cc CB Shine in 2006. Honda bikes price list starts at around ₹ 41,800 for the 2018 Navi and go up to ₹ 28 lakhs for the 2018 Gold Wing.

In 2010, after a year of speculation and hectic negotiations, the Hero Group announced the termination of its 26-year-old joint venture with Honda Motor Corporation is the world’s largest two-wheeler company, Hero Honda for all the Honda two wheelers. Due to the growing differences in future expansion plans and strategies of both the stakeholders, the venture reached its inevitable end with Hero group buying out Honda’s stake in the JV and later the brand was renamed to Hero MotoCorp.

In 2018, HMSI celebrated a historical milestone as the company’s four manufacturing plants in India together crossed the 35 million two-wheeler mark in total. With this, Honda became the only two-wheeler brand in India to reach this milestone and cross the 35-million-unit mark in 17 years.

Honda India is planning to have multiple products in the electric vehicle segment. It will reportedly launch its first electric two-wheeler by 2024 in India which could be based on the petrol-based....

Honda Motorcycle & Scooter India has officially launched the brand-new Activa H-Smart with a starting price of Rs 74,536 (ex-showroom). It is available in three trim options-Standard, Deluxe, and....

Honda India has officially revealed a teaser of an H-Smart feature that is expected to launch in India on January 23. It is anticipated that the company will also reveal names of the two-wheeler.... 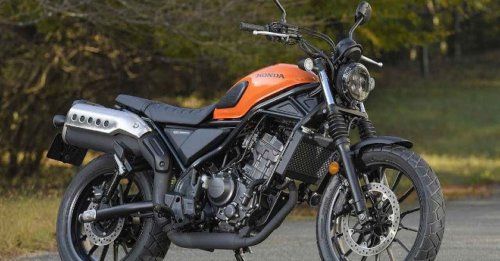 Honda CL300 Scrambler Breaks Cover in China; Could it Soon Debut in India?

Honda has unveiled the CL300, a brand-new motorcycle with scrambler-like look in China. According to the bikemaker, the CL300 is intended for customers who prefer off-road adventure. The price of the....