Spirit of Freedom: Riding from Delhi to Wagah border 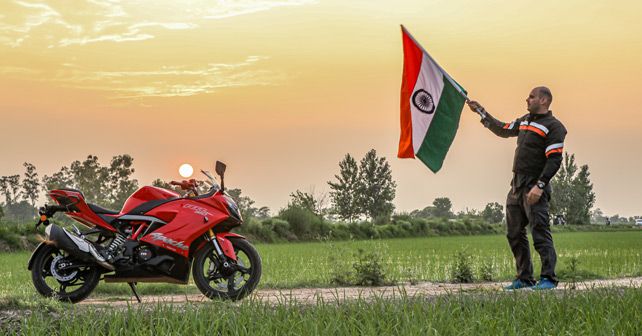 To celebrate our 73rd Independence Day, we ride a TVS Apache RR 310 from Delhi to the Wagah border to honour the brave souls who have sacrificed their lives so that we may enjoy ours.

72 years ago, a nation was born as our struggle for Independence came to an end. Against all odds, hundreds of millions of people of different ethnicities, cultures and religious backgrounds fought together for their freedom, and they won!

The Republic of India was born out of a burning desire be to an independent nation, a nation of free citizens, a nation where no one was under foreign oppression. Today, after 72 years of self-governance, and despite many challenges, India is now one of the most powerful and influential nations in the world.

To celebrate our 73rd Independence Day, we decided to ride! Why? Because nothing else makes you feel the essence and joy of freedom like a long ride on a great motorcycle – with the wind in your helmet and the open highway under your wheels. To complete the ride, we tied up with one of India’s leading automotive manufacturers, TVS, a company that’s evolved with our country – and, like our nation, has grown to become a force to reckon with on a global scale. 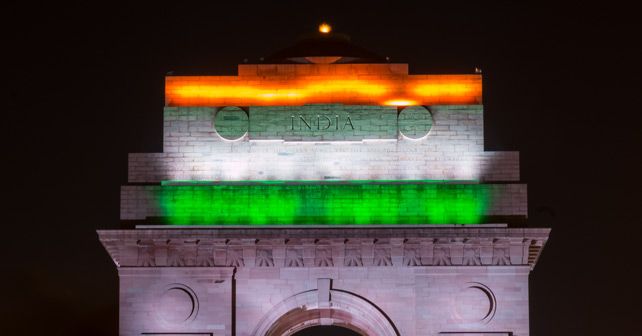 Flag off
We started our ‘Spirit of Freedom’ ride from India Gate in New Delhi, which now also has a newly constructed National War Memorial, dedicated to the lives of those soldiers of the Indian Armed Forces who perished in combat – with their names engraved on the Memorial Wall of the monument. They not only fought for a free India, but also for the very idea of freedom.

To celebrate India’s independence, it made sense to team up with an Indian company. TVS’s history dates back to 1911, when its founder established the first-ever bus service in Madurai. Today that business has expanded in many different sectors of the industry, and TVS now has a global presence. Like India, TVS also exemplifies the idea of overcoming obstacles and achieving success.

The chosen steed for this ride, then, was the Apache RR 310 – India’s only fully-faired sports tourer, and one of the best motorcycles to be made in the country. Out of all made-in-India motorcycles currently available, the Apache offers the best performance, has the best handling capabilities and is unmatched in terms of quality. If you want something modern, sporty, and incredibly comfortable for long distance touring, you can go for the TVS Apache RR 310 with your eyes closed. 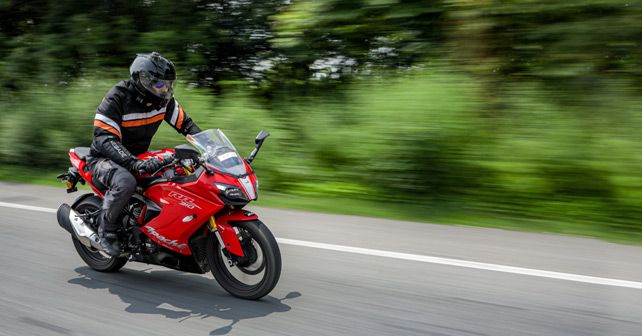 The ride
We left India Gate on a bright early morning. Luckily, the weather was on our side. The rain gods showed us mercy, for the sky was clear as we began our journey. Wagah is about 500 kilometres from Delhi, bordering Lahore in Pakistan. The Indian road network has now significantly improved, making the roads from Delhi to Wagah a rider’s dream. So, I was looking forward to riding the Apache RR 310 on those long, smooth straights. Another reason for riding through Punjab was to stop at some of the famous Punjabi Dhabas on the highway to savour amazing Punjabi delicacies. There is nothing quite as refreshing as having a nice fresh, cold, and creamy lassi on a long ride. And as expected, we found ourselves devouring those big stuffed paranthas with freshly churned butter temptingly melting on top more than once.

We covered the distance quite easily, as this historic road is now a straight highway that goes through Ambala, Ludhiana, Jalandhar and Amritsar. The Apache RR 310 is a fantastic machine. In fact, I’m also a proud owner of the original model. The updated bike for 2019 gets a slipper clutch, which really makes a difference. The Apache RR 310 is a wonderful highway sports tourer, and it’s easily one of the best fully-faired touring machines in the 300cc category. It’s so comfortable that you can ride all day long on any road, while enjoying the ride. And, if you so desire, you can also hit the track with it.

TVS has had tremendous success recently with all of their new models, and, interestingly, it’s also a pioneer in Indian Motorsport. TVS has created a pool of talented riders in the country, and is now also conquering new heights by competing in global events, such as the Dakar Rally. 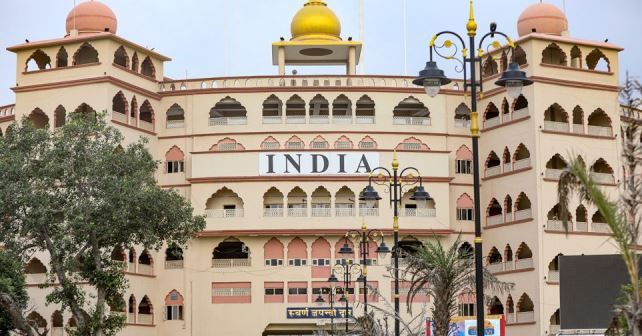 A sight to behold
After an easy and smooth ride through the beautiful countryside in Punjab, we reached the Wagah border. The atmosphere immediately became very patriotic – people from all over the country had come to witness the grand ceremony of the lowering of the flags that both India and Pakistan have been continuously following since 1959.

People of all ages, with their faces painted in the colours of the Indian flag, were present. The entire place was packed to the brim, with plenty of souvenirs and patriotic paraphernalia available for purchase. People were bursting with joy, enthusiasm and patriotism – some were smiling and cheering, others dancing in true Indian fashion, and still others singing patriotic songs. The ceremony at the border is definitely a sight to behold. To give you a fair idea of what it feels like, think of a match between India and Pakistan, with India winning, of course, in a fully-packed cricket stadium – the sheer joy and enthusiasm of people make the noise level simply deafening.

Incidentally, the historic gates at the border were recently opened when Wing Commander Abhinandan Varthaman, a true hero, returned to India. His resolve, courage and grit should be an example for us all. 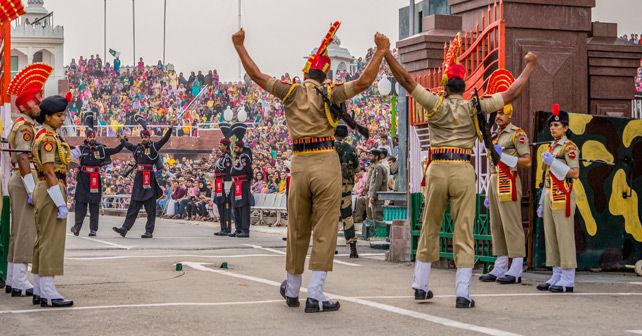 The spirit of freedom
After an hour of screaming and cheering, the sun was finally setting – both literally, and on our journey, which was now complete. The spirit of freedom was definitely reignited in every soul who witnessed that ceremony. While leaving the grounds, I couldn’t help but notice that there were people from all backgrounds and cultures. Some had travelled from as far as Tamil Nadu, which is where TVS is based.

This is India’s true strength – its diversity. So many people of different religions, different complexions, and different languages are all able to live as free citizens of a free country.

Yes, India is still a young country, and, yes, it does have its problems – but it remains a beautiful country, with high hopes for the future. If it were not for the many brave souls who sacrificed their lives for our freedom, we wouldn’t have been here. This was the purpose of our ride – to pay tribute to those forgotten souls who laid down their lives for the freedom of our country, for our freedom! Many of these names have been uttered and forgotten, and many have never even been uttered, but their sacrifice, courage and determination will never be forgotten.

Let’s keep this spirit of freedom alive, and not take it for granted – freedom is never free; it always comes at a price. Let’s not do something to tarnish their memory and sacrifice, and let’s collectively work towards creating an India that they dreamt of, an India that they would be proud of. Vande Mataram! 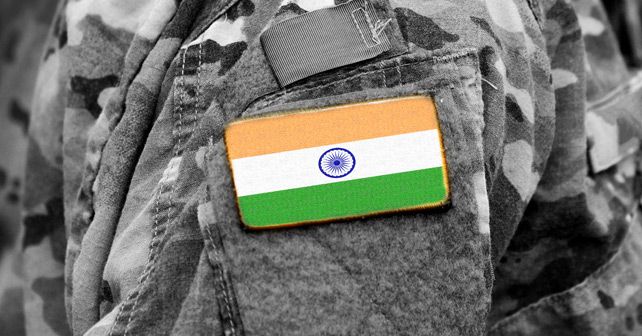 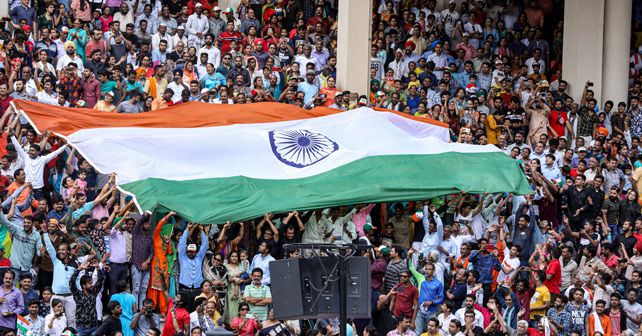 Thousands of people from all across the country gather every single day of the year to witness the high-energy Wagah ceremony. 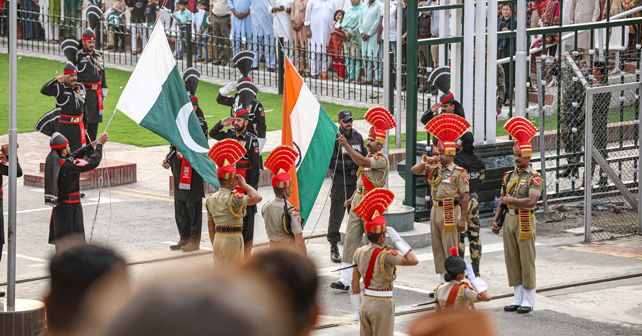 The grand ceremony of the lowering of the flags that both India and Pakistan have been continuously following since 1959 is a sight to behold. 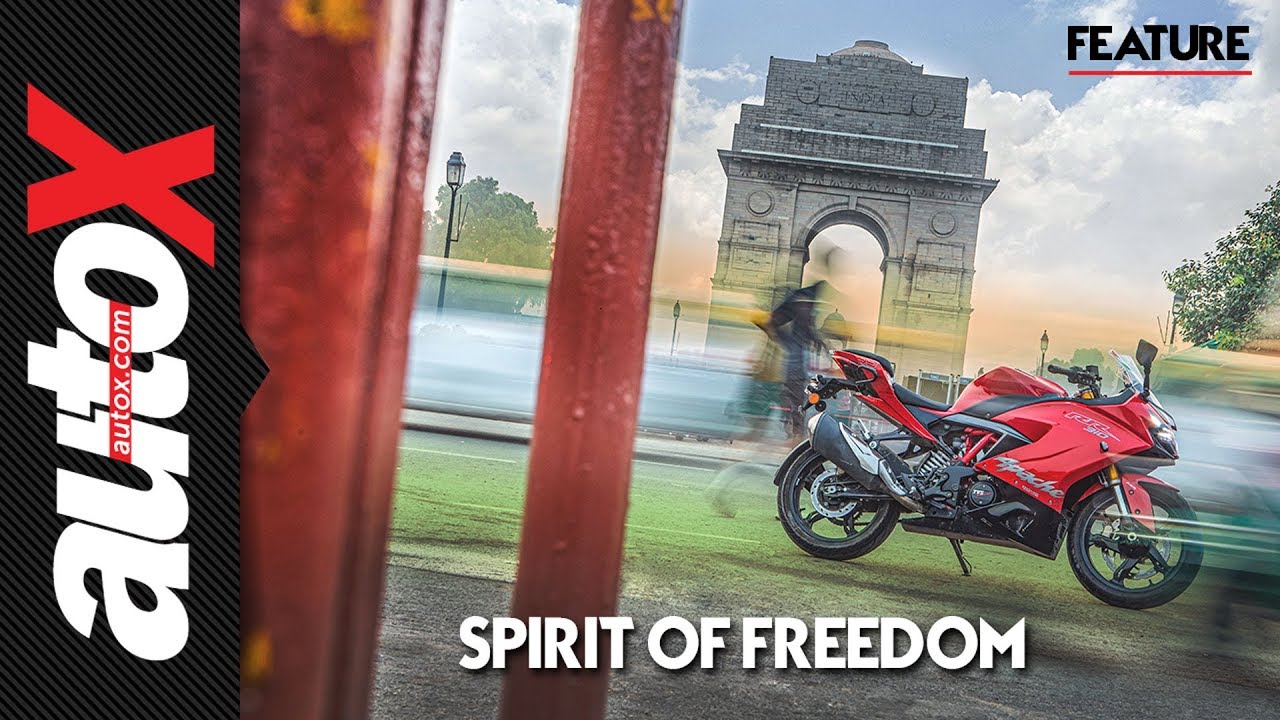 Celebrating 69 Years of Indian Independence with a Mercedes-Benz GLA 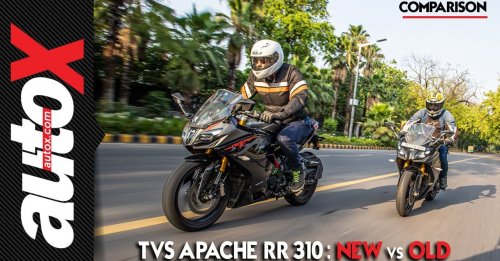 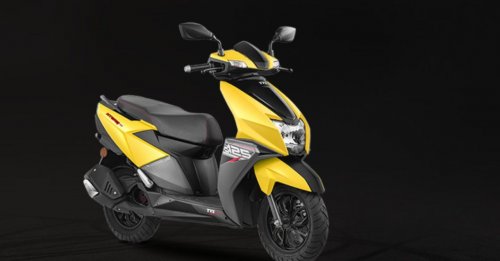 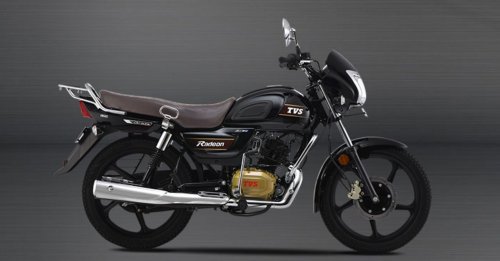