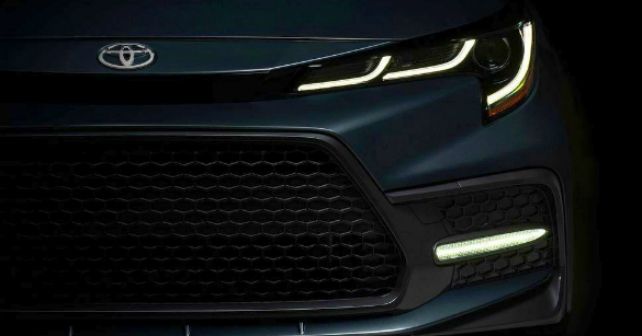 With just a few days to go for the global unveiling of the new-generation Corolla sedan, Toyota has released a teaser image. The Japanese carmaker has already showcased the Corolla in the hatchback and wagon body styles. The three-box version of the Corolla does look somewhat similar to the hatch and the wagon but it does have a few subtle changes.

Up front, the Corolla sedan has a larger grille in comparison to hatch. The sedan also gets neat L-shaped LED DRLs. Expect LED taillights at the back too. In fact, just like the front, the boot will also have a sporty persona. Major changes, however, will be inside the cabin. It is expected to be noticeably roomier than before. With regards to features and equipment, the new Corolla will be fitted with an all-digital instrument cluster, an 8-inch touchscreen infotainment system with Apple CarPlay and Android Auto and Amazon Alexa. The American-spec Corolla comes with a wide range of active safety tech too including pedestrian detection, lane departure and lane keeping aid – it will be interesting to see if Toyota brings all these features to the India spec model. Toyota has also reworked the suspension of the new Corolla. 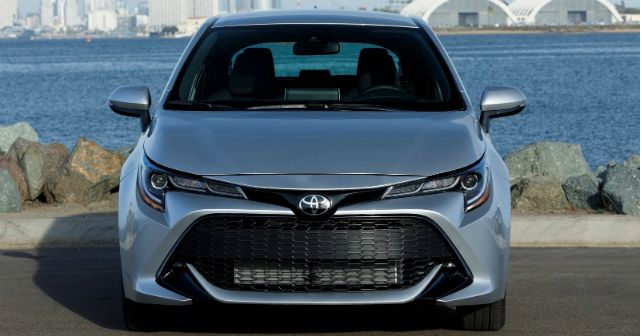 The Toyota Corolla sold in the United States, will be powered by a 2.0-litre petrol motor developing 166bhp and 205Nm. Toyota claims that this engine is lighter and more efficient than the outgoing model’s 1.8-litre motor despite an increase in output figures. This engine will come paired with a 6-speed manual and a CVT. There may be a diesel offering too for the emerging markets – sporting the same 1.5-litre motor from the current-gen model.

Toyota will officially unveil the new Corolla (Sold in India as the Corolla Altis), in two days’ time. Expect the car to land on Indian shores sometime in mid-2019. When launched, expect the Corolla Altis to continue its rivalry with the Hyundai Elantra, Honda Civic and the likes.