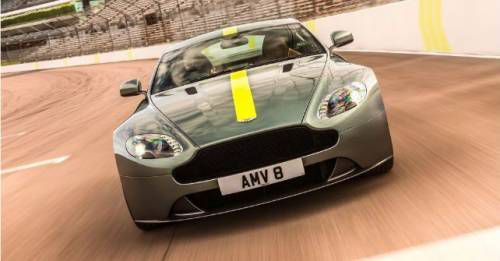 This limited edition model is the most powerful Vantage ever made, and can be still had with a manual gearbox.

The Aston Martin Vantage has been around for quite a while – 12 years to be precise. With a replacement soon on the cards, the British company has planned a rather powerful farewell for the car, which comes in collaboration with Aston Martin Racing (AMR) - the company’s in house performance division.

Said to be the last special edition for the Vantage, the Vantage AMR will be available in both V8 and V12 guises, and only a total of 300 units will be built. The 6.0L naturally aspirated V12 gets a boost of 30 horses, thus pumping out 595bhp in total. The V8 version however, gets no power bump.

All of you purists out there, Aston Martin has you covered. Both the versions of the Vantage AMR come equipped with the old school manual transmission – six cogs in the V8 version while seven for the V12. A seven-speed automated sequential manual transmission with paddle shifts is also on offer.

Adding to the choice of options are body styles. This limited edition Aston Martin comes in both coupe and roadster avatars. To add flair to the limited edition, Aston is offering contrasting body graphics with each of the four available colours on the Vantage AMR. If this level of customization isn’t enough for you, then fret not. The interior of the car, which is heavily trimmed in leather and alcantara, is themed out to match the car’s exterior colour. 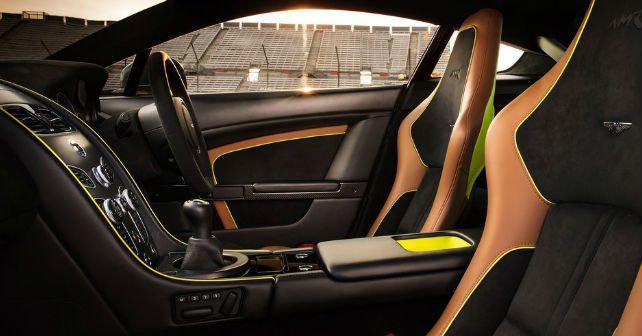 Additionally, those with even deeper pockets can opt for the AMR pro package, which brings with it various carbon fibre components and a titanium exhaust for that scintillating soundtrack. Despite all the motorsport inspired madness, the Vantage AMR is road legal, and in fact it is the first street legal car to come out of AMR.