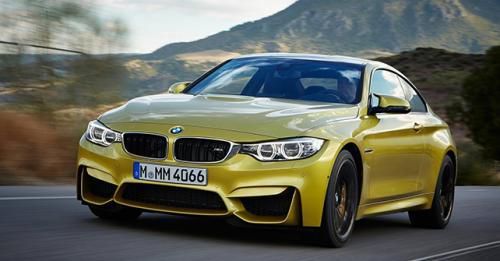 In todays day and age, there is no room for suspense. And once it comes to the internet, images leaking out before the cars debut has become one kind of fashion statement.

As one would have expected, images of both the BMW M3 sedan and M4 Coupe have unearthed and it’s all that we expected from both these cars. BMW must be fuming but the aggression on their faces might be outdone by the styling of the M3 and M4.

Upgrades include a more aggressive front fascia similar to the ones seen on the M5 and 1M, a discreet hood bulge, bigger wheels and tyres, and a new rear fascia with quad exhaust outlets.

The M3 and M4 are two versions of the same model; only BMW’s new nomenclature separates them. So except for the badges, there are no mechanical changes to the car.

So under the hood, the old M3?s V8 has been replaced by a 3.0-liter, twin-turbocharged, direct-injected inline-six. The new engine will be coupled to a six-speed manual transmission (the M DCT dual-clutch will probably be offered as an option), and a lighter chassis.

We will know more about the cars once BMW releases the performance figures and other details.

The public debut of the 2014 BMW M3 and M4 is scheduled for the Detroit Auto Show in January, with both cars expected to go on sale next year.