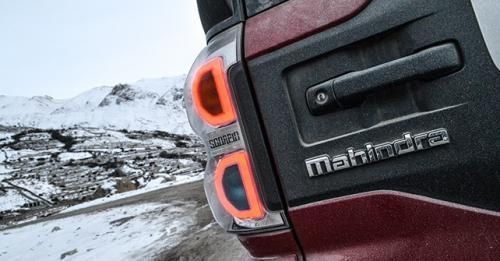 Mahindra will soon give the Scorpio a refreshed exterior and more power.

Mahindra launched the second generation Scorpio in late 2014. Now after three years, the company is ready to give it an update. The facelifted Scorpio is confirmed to launch on November 14, 2017.

In terms of appearance, the updated Mahindra Scorpio is expected to sport a revised nose section with a new grille design - more inline with Mahindra’s latest design language. Also, the bumpers will be mildly tweaked, and the tail lamps are expected to feature a new LED visual pattern. On the inside, Mahindra is sure to equip the updated Scorpio with a new infotainment system with a 7-inch touchscreen and Android Auto support. Cabin materials and upholstery might be updated as well.

The most important addition to the Scorpio will come in the form of more power. The updated version is expected to sport the same 2.2-litre mHawk diesel engine as the current model, but this time with a higher state of tune. At an expected 140bhp and 330Nm, the power and torque figures will be up by approximately 20bhp and 50Nm versus the current model. The base 2.6-litre M2Di engine will remain unchanged, however.

Expect the prices of the facelifted Mahindra Scorpio to be more or less the same as the current model.