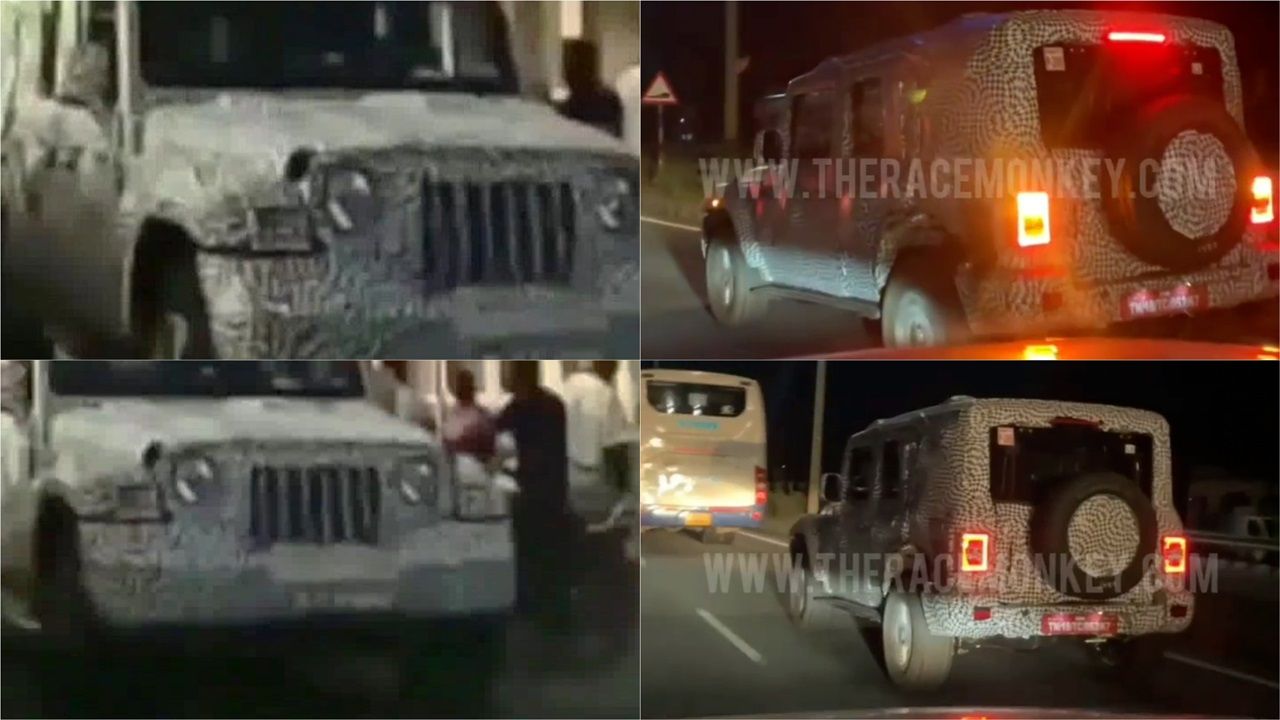 If you don’t already know, a five-door version of the Mahindra Thar is currently in the works. In fact, it seems like the longer and more practical version of the off-roader is in the final phase of testing as it’s been caught testing on public roads.

As seen in these pictures, the five-door Thar is going to be largely similar in terms of its styling and overall design. Of course, it’ll have a bigger cabin, two more doors, and a third row of seats, but on the outside, the front fascia is going to be more or less identical to the three-door version that’s currently on sale. You can see it retains the signature six-slat grille, round headlamps, fender-mounter turn indicators, and upright windshield. From the front, it’ll be hard to differentiate it from the regular version, we think.

Around the side, the five-door Thar will have a longer wheelbase, and since it’s going to share its platform with the new Scorpion (its wheelbase is 2,750mm), expect the Thar 5-door to have a similar footprint. At the back, it’ll retain the tailgate-mounted spare wheel, squared LED tail-lamps and more, from the regular Thar. On the inside, expect it to have identical features to the regular Thar as well. It wouldn’t be a surprise if it continues with the same dashboard layout as the 3-door version. However, it will be interesting to see how Mahindra arranges the seats inside – will it get captain seats for the second-row or a bench? Will it have jump seats or a proper row of seats for third-row? We’ll only come to know about it in the coming months.

As for the powertrain options, the five-door Thar will most likely get the same 2.0-litre mStallion turbo-petrol and the 2.2-litre mHawk diesel engines of the regular Thar. Transmission options should also remain unchanged, meaning you’ll get to choose between a six-speed manual and a six-speed automatic. Four-wheel drive should be standard.

The Thar 5-door is expected to make its public debut sometime early in 2023. Expect it to command a slight premium (around a lakh more) over the regular Thar, which is currently priced between Rs 13.53 lakh and Rs 16.02 lakh (ex-showroom).