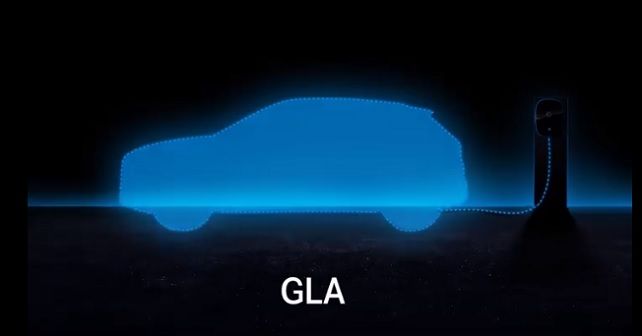 The three new plug-in hybrids from Mercedes-Benz are expected to retain the powertrain of the A-Class A250e, which is rated at 215bhp and features a 1.3-litre petrol engine and an electric motor.

Mercedes-Benz will introduce three new plug-in hybrid vehicles later in March 2020. The models in question are going to be the derivatives of the new GLA, CLA sedan, and CLA Shooting Brake (estate). Since all three cars belong to the company’s entry-level range, it’s understood that the new plug-in hybrid versions will be aimed at making electrification more affordable and accessible for new customers.

The GLA and CLA models are based on the same platform, so it’s expected that the hybrid versions will also share an identical drivetrain. While there’s no news on the specific details of the new hybrid drivetrain, it’s expected to be the same unit that works in the A-Class A250e plug-in hybrid. The A250e is powered by a 1.3-litre petrol engine that works in conjunction with an electric motor to produce a total power output of 215bhp and 450Nm of torque. In the A-Class, it's quite quick too – 0 to 100km/h only takes 6.6 seconds (claimed).

The hybrid iterations of all three versions will first go on sale in global markets, of course. Whether they’ll come to India in the near future or not is still uncertain. However, Mercedes-Benz India will launch the regular version of the new or second-gen GLA in the country in the second half of 2020. But before that, the company will launch the A-Class sedan. Both these cars were showcased at the recently concluded Delhi Auto Expo as well. Bookings for the new GLA and A-Class sedan are already open.