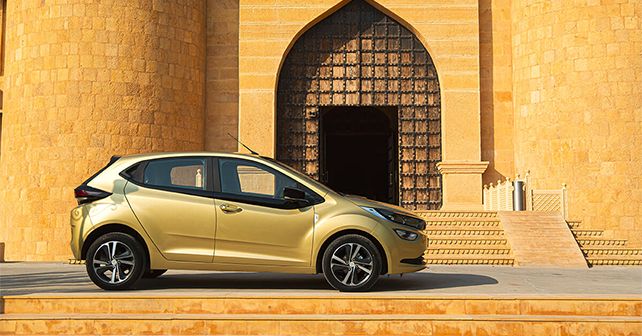 Order books for the upcoming Tata Altroz are already open, and customer deliveries are expected to begin in February 2020.

Tata Motors is set to launch its much-anticipated premium hatchback, the Altroz, in the country on January 22, 2020. The Altroz will be pitched squarely against established rivals such as the Maruti Suzuki Baleno and Hyundai Elite i20. It will be launched in both petrol and diesel versions.

The main highlight of the Altroz is its sharp and striking design. The production version stays true to the 45X concept and looks quite attractive and contemporary. The front-end features a huge honeycomb grille, a sporty bumper, and sleek pulled-back headlamps. The side-profile is even more aggressive, with a pronounced shoulder line and prominent wheel arches housing 16-inch dual-tone alloy wheels (top-spec variants). The rear-end, with a pinched tailgate, looks beautiful, too. In short, the Altroz is guaranteed to grab eyeballs on the road.

Inside, the Altroz’s cabin follows a minimalistic approach, as it's not crowded with physical buttons. The cabin features 7.0-inch touchscreen infotainment with Apple CarPlay and Android Auto and a 7.0-inch instrument cluster, among other creature comforts. Automatic headlamps, with dual-pod projector lamps and LED DRLs, and rain-sensing wipers are offered in the top-of-the-line variants. Safety-wise, dual-airbags, ABS, EBD and rear parking sensors are standard.

The Altroz will be offered with two BS-VI compliant engines – a 1.2-litre three-cylinder petrol engine and a 1.5-litre four-cylinder diesel engine. The petrol engine develops 85bhp and 113Nm of torque, while the diesel is rated at 89bhp and produces 200Nm. Both engines will come paired to a 5-speed manual gearbox, while a dual-clutch automatic gearbox will be offered with petrol variants at a later stage.

The Altroz is expected to be priced between Rs 5 lakh and Rs 8 lakh (ex-showroom). Order books for the car are already open, and customer deliveries are expected to begin in February 2020.