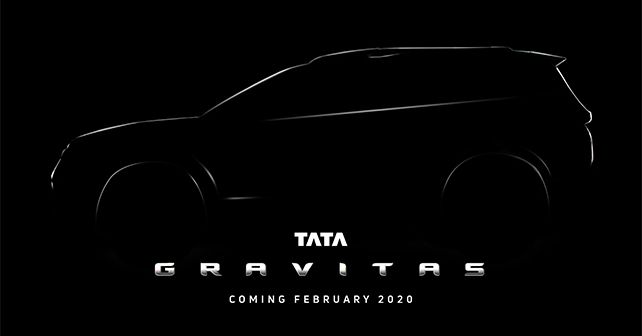 Tata’s H7X concept that was showcased at the Geneva Motor Show earlier this year has now been christened as the Gravitas. This will be the second product to be based on the Omega platform and will go on sale in February 2020

Ever since the launch of the Harrier in January 2019, there have been talks about a 7-seat iteration of the car. Putting all speculations to an end, Tata Motors showcased it at the Geneva Motor Show two months later. At the time it was revealed as the Buzzard and has been internally addressed as the H7X. Tata Motors has now released a teaser of the production-spec version and has christened it as the Gravitas. The company has also revealed that the new SUV will be launched in February 2020 – possibly at the upcoming Auto Expo.

Although the teaser image released doesn’t reveal too many details of the car, we have already seen the Buzzard at the Geneva Motor Show. If the concept is anything to go by, the production-spec Gravitas will also be longer and taller than the Harrier. This has been done to make space for a third row, and ensure that occupants have good headroom. In terms of the overall design, the Gravitas will look identical to the Harrier from the front. The rear windscreen, however, will be a little more upright. Aside from that, most design details are expected to remain unchanged. Considering that the Gravitas will be Tata’s flagship model, expect it to come loaded with features. It is sure to come with touchscreen infotainment, reversing camera, terrain response modes, six airbags, projector headlamps and more. Tata may also fit it with larger alloy wheels. 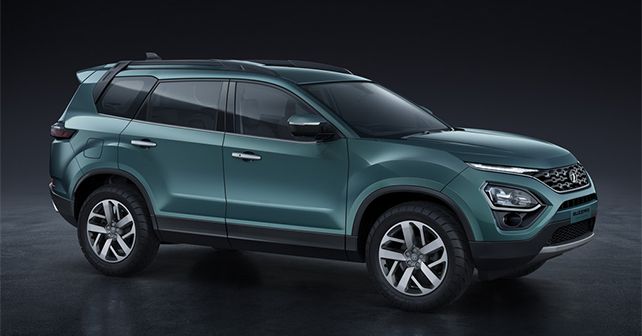 Underneath the bonnet, the Gravitas will come with the same motor as the Harrier – a Fiat-sourced 2.0-litre diesel which pushes out 138bhp and 350Nm. It will be interesting to see how well the Gravitas performs with a full capacity of seven on board. This engine will come with a 6-speed manual and a 6-speed torque converter sourced from Hyundai.

Currently, the Harrier’s price ranging between Rs 13 lakh to Rs 16.86 lakh. The Gravitas is likely to demand a premium of around Rs 1 lakh over the 5-seater Harrier. Aside from the Gravitas, Tata is also scheduled to bring in the Altroz in the near future.