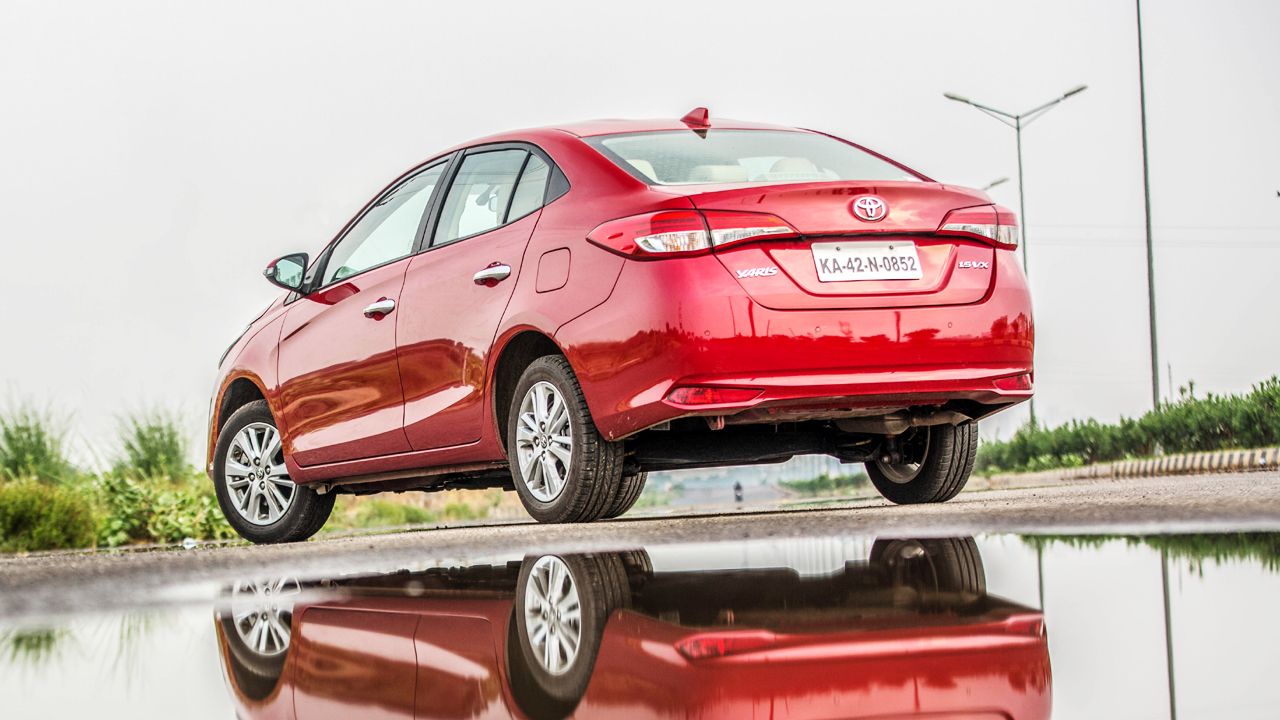 With the Yaris gone, Toyota's most likely to fill its void with a rebadged Maruti Suzuki Ciaz-based sedan.

After being around for a little over three years since its April 2018 launch, the Toyota Yaris bids adieu as it has been officially discontinued in India. In an official statement released today by Toyota Kirloskar Motor, the company has confirmed that it'll continue providing after-sales support and genuine spare parts for the Yaris for at least the next 10 years, so current customers need not be worried.

Speaking of the Yaris' customer base, the mid-size sedan that was brought in to take on the likes of the Honda City, Hyundai Verna and the Maruti Suzuki Ciaz was definitely not a commercial success, with only about 20,000 units ever finding owners here. Plus, a big chunk of this figure belongs to the base-spec Yaris J that was launched on the Government e-Marketplace (GeM) last year for fleet operations.

The move to discontinue the Yaris also falls in line with Toyota's aim to focus on its more premium products in India and keep the sub-10 lakh space occupied by rebadged Maruti Suzuki models, like the Urban Cruiser and the Glanza. Speaking of this, Yaris' departure has also paved the way for a rebadged Ciaz-based sedan that's most likely to be christened Toyota Belta. The drill will remain the same – it'll share everything with the Ciaz barring a few Toyota-specific visual changes. Although the Belta's launch timeline is yet to be confirmed.

In case you'd like to find out how the Toyota Yaris fared against its segment rivals, you can check out our Yaris vs City vs Verna vs Ciaz comparison shootout here.