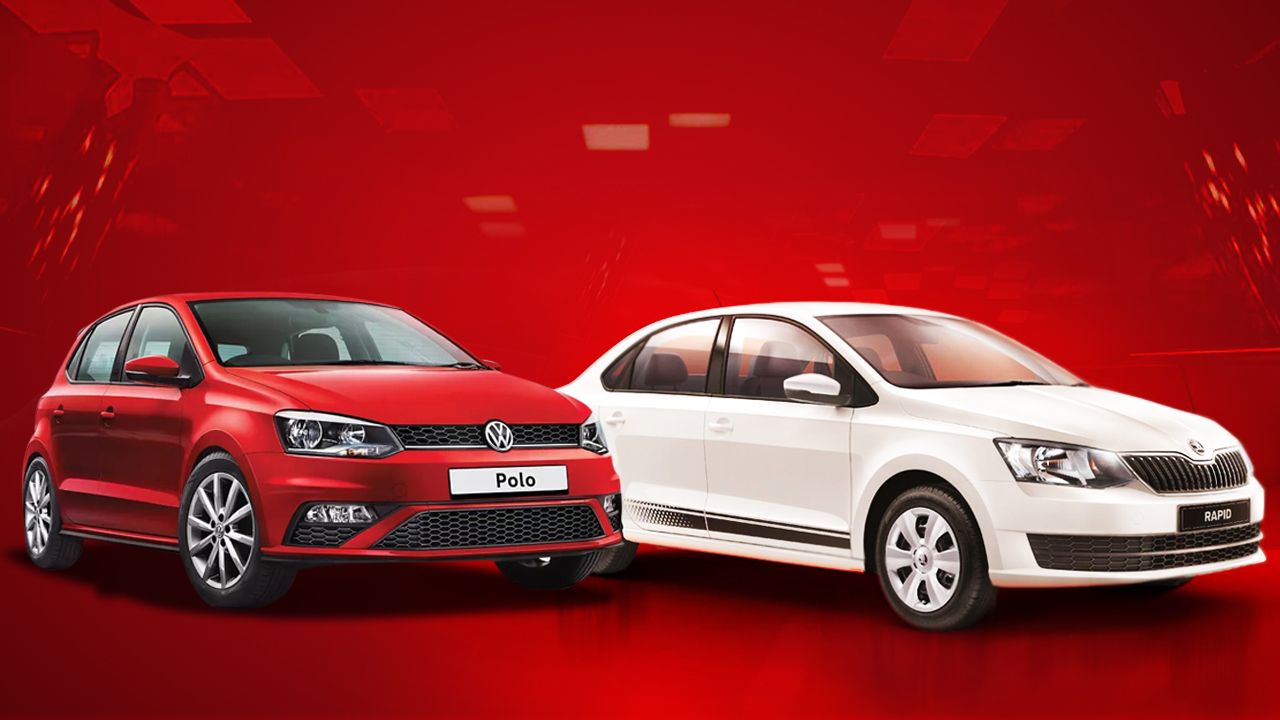 Love driving? Looking for an affordable driver’s car? Well, if that’s you then there are two new cars on the market, which seem to offer quite a lot of bang for your buck - the VW Polo 1.0 TSI and Skoda Rapid Rider. But which one is the better bet?

Interestingly, both the cars in question here come from the same family and share the same mechanicals. However, one is a hatchback and the other a mid-size sedan. But which one is the better bet? The Volkswagen Polo 1.0 TSI or the Skoda Rapid Rider 1.0?

First things first, the reason we’re debating over this is that the Polo 1.0 and Rapid Rider are priced very closely. But the surprising bit here is that the Rapid is priced lower than the Polo! However, there's a catch. The Polo 1.0 TSI is offered in its fully-loaded top-end trim, whereas the Rapid Rider is the base variant of the sedan. But, in spite of that, the Rider is decently equipped. However, before we compare their features, let’s talk about their party piece – engine performance!

Both the Polo TSI and Rapid Rider come powered by the same 999cc three-cylinder turbo direct-injection petrol engine, which develops 108bhp and 175Nm of torque. Power transmission duties are carried out by a six-speed manual transmission in both the cars.

While the power output is identical, the Rapid Rider is obviously heavier – the Skoda weighs 1,112kgs while the VW tips the scales at 1,072kgs. And that means the Polo has a better power-to-weight ratio and it will be slightly quicker than the Rapid. Having said that, the 1.0 TSI motor is surprisingly more fuel-efficient in the Skoda – the Rider has an ARAI certified fuel economy of 18.97km/l vs Polo’s 18.24km/l.

Since the Skoda is the base version, it doesn’t have many frills. However, it has all the basic convenient features that you’ll need in a car. There’s a 2-DIN stereo, Bluetooth connectivity, automatic climate control, rear AC vents, rear parking sensors, all four power windows, electrically adjustable ORVMs, foldable key, tilt-and-telescopic adjustable steering, and more. It comes with steel wheels, which are shod with 185/60-R15 tyres. There are no projector headlamps or a rear parking camera, but then that's not offered with the Polo either.

In the end, it all boils down to what you want from your car. If you’re on a tight budget and want a drivers’ car with a touch of practicality, the Rapid Rider makes a compelling case. Sure, you’ve to go without some fancy features, but it still offers great value. And a touchscreen infotainment or alloy-wheels can always be fitted later, as and when your pocket permits.

The Polo 1.0 TSI, on the other hand, will be for someone who’s seeking outright fun, but wants a fully kitted out car at the same time. Having said that, practicality simply takes back seat in the Polo as the rear occupants will find it quite cramped – the comfort and space of the Rapid’s rear bench won’t be matched in the Polo. Not to mention, the Rapid also has a very big boot, thanks to it being a proper three-box car.

The Hyundai Grand i10 Nios Turbo is the other option at that price point (Rs 7.70 lakh, ex-showroom). And if you need to know about more options, check this out: 100bhp club: Cars under Rs 10 lakh