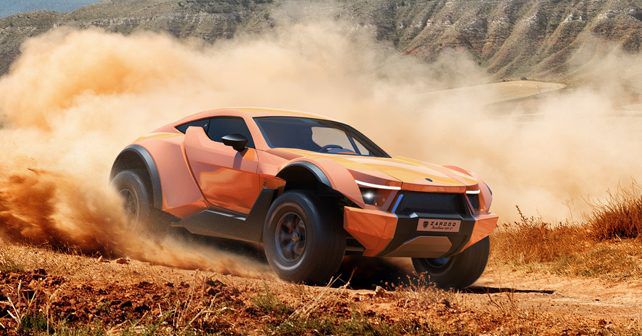 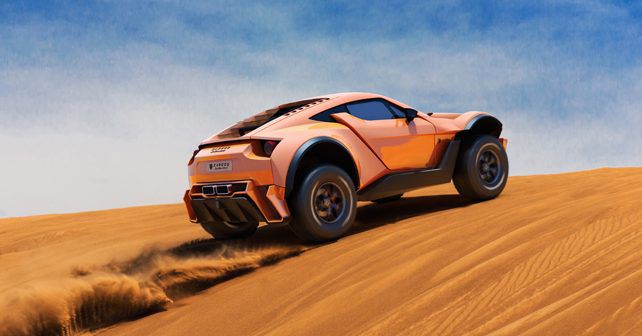 Say hello to the unique Zarooq SandRacer 500GT - a supercar that can also go dune bashing!

There’s a good chance that you haven’t heard of Zarooq Motors ever before. And that’s kind of understood since the firm has just only begun producing cars. A startup based in the United Arab Emirates (UAE), Zarooq Motors has launched the production version of its mid-engined super-buggy – think of it as a cross between a dune buggy and a track-going supercar!

Dubbed the SandRacer 500GT, this radical two-seater was first showcased at the 2015 Abu Dhabi Grand Prix as a concept. The 500GT incorporates carbon-fibre in its construction, while the interior is done by Mansory. But it’s not a bare basic affair on the inside - the car comes with a digital dashboard, climate control, CarPlay compatible infotainment, power windows and carbon fibre seats and steering wheel.

The SandRacer 500GT is propelled by a 6.2-litre V8 engine that churns out 518bhp and 660Nm of torque. The engine comes mated to a six-speed sequential gearbox. Considering the fact that the whole car only weighs 1200kg, expect it to be plenty quick both on road and off it. The 500GT also comes with adjustable suspension modes – road or sand. In fact, the company says the maximum suspension travel is 450mm, thanks to the use of Dakar-grade Intrax dampers.

Production of the Zarooq Sandracer 500GT will be limited to just 35 units at the moment, each costing around $450,000. As per the firm, all the units have been already spoken for by clients in Europe and the Middle East. Customer deliveries will begin in the fourth quarter of 2017.