The road to e-mobility can be entertaining, for wrong reasons! 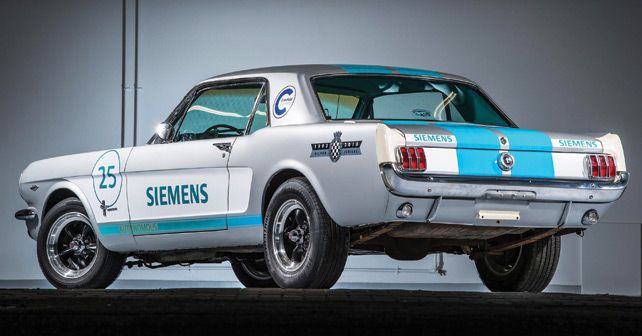 Jens discovers that the road to autonomous driving and e-mobility can be entertaining after all, but not necessarily for the right reasons.

Last month was full of surprises, not all of them pleasant for advocates of ‘change.’  A particularly amusing incident took place at the Goodwood Festival of Speed, where a 1965 Ford Mustang was supposed to provide a taste of ‘autonomous driving’ to a car loving, enthusiast clientele. The vehicle was converted by the Siemens technology juggernaut. But its demonstration rides at the famous ‘Hill Climb’ went awry.

The modernised classic was supposed to master the course completely without human intervention. It was designed to rely not on road scanning sensors but on GPS signals. And that’s fully appropriate, as this is exactly how many actors imagine autonomous driving – including network operators who would like to pass the tab on for switching to 5G data to the automotive sector.

They must be hoping that not too many prospective customers saw their vision in action at the Hill Climb. And that’s not just because the Mustang completed the course in painfully slow motion. In fact, the leisurely pace might have prevented worse. Over the entire route, the Mustang meandered between the edges of the road, with the steering violently jerking. And, on one occasion, on a straight stretch, it barrelled into the hay bales on the side of the road. The ‘driver’ was unable to avoid contact. A solid obstacle would have resulted in considerable damage.

Before this memorable technology demonstration, Dr James Brighton, a senior lecturer at Cranfield University, who worked on the project with Siemens, said: ‘Goodwood offers us a chance to reflect on why we have an emotional connection with cars, and acts as a reminder that humans like to be engaged and part of the action.’ I couldn’t have put it better.

Similarly entertaining was Elon Musk’s Twitter rant against one of the key players in Thailand’s widely covered cave rescue operation. The eccentric billionaire had inserted himself late into the rescue efforts – and offered a one-person submarine made ‘from rocket parts.’

While the narrowest point in the Tham Luong Cave measures just 38 x 70 centimetres, Musk insisted that his submarine could easily have completed the route. On Twitter, he highlighted his philanthropic commitment with multifarious posts and demonstrated an open ear for suggestions. And, thus, the submarine was equipped – as a result of a Twitter dialogue – with ‘padded wall pockets for a radio or phone/music player.’

Musk personally travelled to Thailand, but before his massive device could be put to use, the diving team had already rescued the kids in a bold operation. Meanwhile, Musk was wading around the entrance of the cave, telling the world that he would be ‘leaving it here in case it may be useful in the future,’ as though Thailand has an especially high prevalence of cave catastrophes. The bizarre tweet ended with the statement: ‘Thailand is so beautiful.’

Following the action, critical voices called Musk’s involvement effort a mere PR measure. British diver Vernon Unsworth, who played a crucial role in the coordination, lashed out, saying Musk should ‘put the submarine where it hurts,’ and that it couldn’t even have made it 50 meters into the cave.

That criticism did not sit well with the sensitive billionaire, and he shot back on his Twitter account immediately. He announced that he hadn’t seen Unsworth at the cave, called the fact that he is an expat in Thailand ‘sus,’ short for ‘suspicious,’ and concluded his rant by proclaiming ‘Sorry pedo guy, you really did ask for it.’

A few days later, Musk offered a half-hearted apology, but the damage had been done – and his supporter’s anger and bewilderment was amplified by the disclosure that he’s a major donor to Donald Trump’s Republican Party.

Who said the road to e-mobility isn’t entertaining?